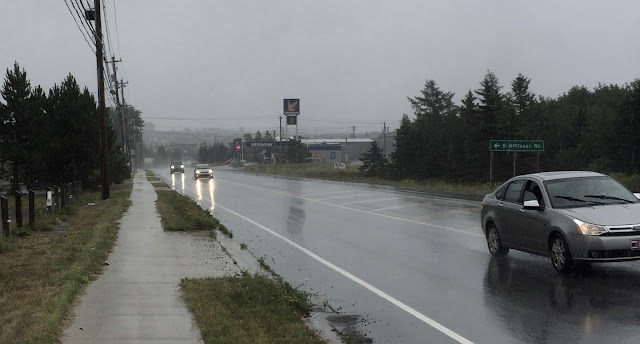 It's a cold and rainy day in Antigonish, Nova Scotia.  Miserable day to be out riding a motorcycle.
For me, I'd rather be out riding in the cold and wet than where I am now. Stuck in a low cost motel while I try to locate a new rear tire for Damit. To make matters worse, this weekend is a three day holiday in Canada. Most all places are closed until Tuesday.


On July 20th, Damit III and I left Houston to make a loop up through New York State and eastern Canada. The USCA National Rally is in Corning, NY this year, starting July 27th.  There we hope to see many sidecars of all makes and models. 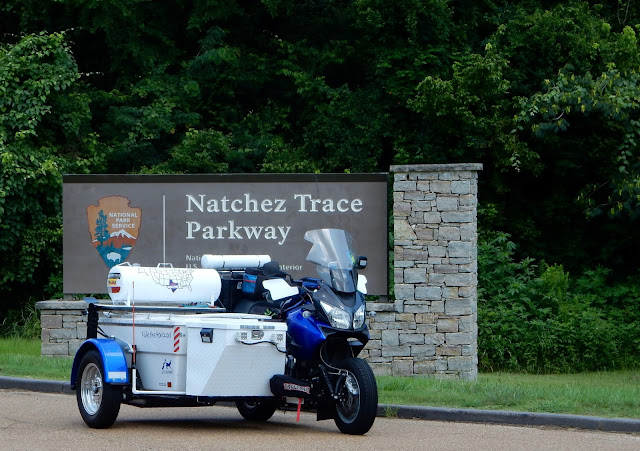 After crossing Louisiana to Natchez Mississippi on the east side of the Mississippi River, we start up the Natchez Trace Parkway. The NTP follows much of the original trace from Nashville to Natchez, across three states, Tennessee, Alabama and Mississippi. It is a federal highway with no billboards, no gas stations, no motels, no eighteen wheelers, no commercial vehicles, but with many historical stops and points of interest. The speed limit is 50 mph all 440 miles of the NTP. Overall it is a very relaxing ride, though a raccoon and two whitetail deer did cross the roadway a little too close for comfort for us. No incidents, but panic braking did save the day.

From Nashville it was on to Southern Indiana and Ohio. 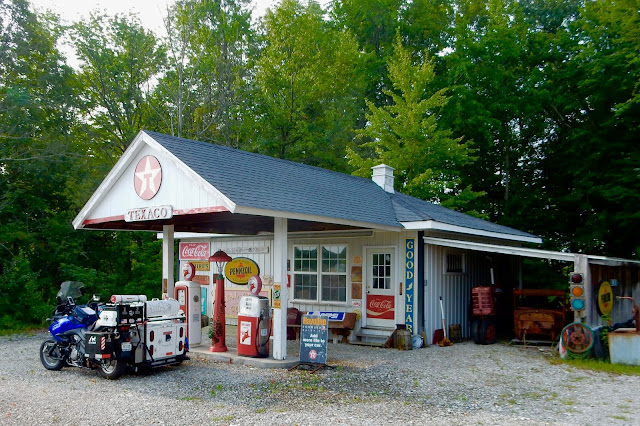 Stopped for gas at an old back roads country station. Soon realized the mechanic would most likely not be coming back anytime soon. 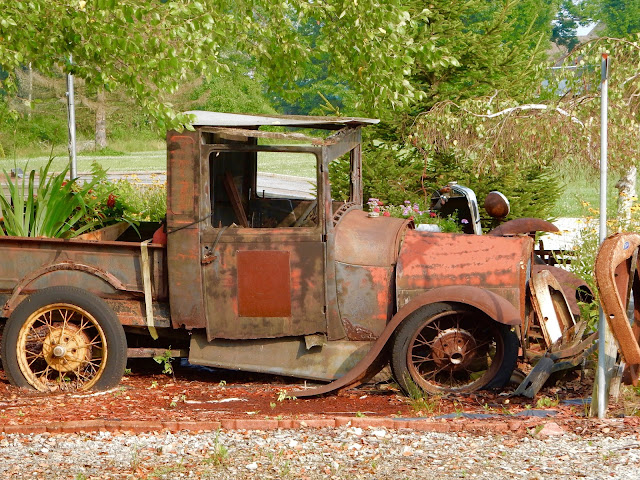 Seems he left the customer's truck he was working on to go get parts then forgot where he parked it. That can happen a time or two for those of us who have checked off more than 70 years on the calendar.

Swung up thru Ohio to see Dad for a couple of days. He is amazing. At 99 his memory is incredible. We went for a long ride in his Buick, visited the cemetery where Mom is resting, Dad's childhood home, past various farms of other relatives, just driving county roads where he grew up. As we drove by he would name the families who owned those farm 80 years ago, what business used to be there, what happened to it, etc, etc.

After telling Dad I would see him again Labor Day weekend, Damit and I rode to Middleburg, Pennsylvania to vist Claude Stanley of Freedom Sidecars fame. They built the sidecar frame for Damit. Slept outside his shop as the trucks rolled by until the early dawn. 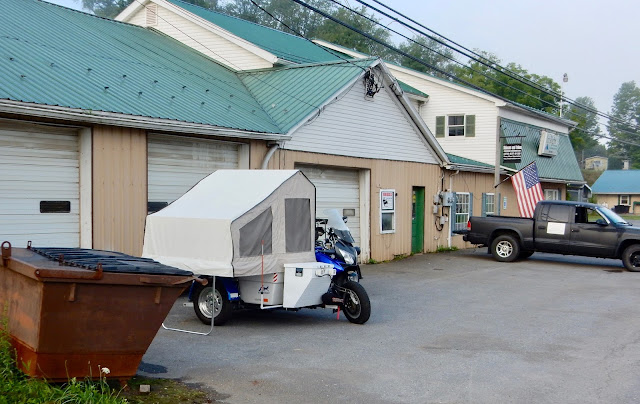 Woke up to a typical Penn Country foggy morning... 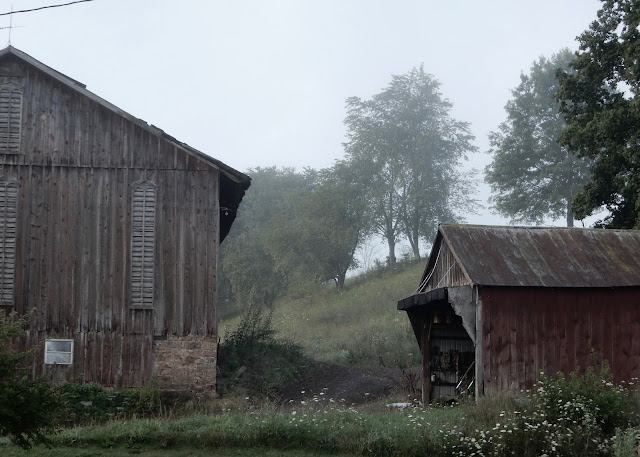 only to see an amish welsh rabbit...??? Was he waiting for a red apple breakfast, not a hard green one. 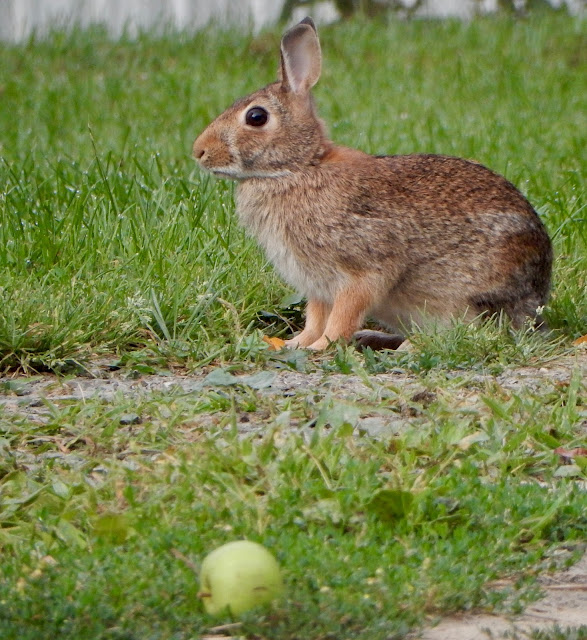 On to Corning, New York for the USCA (United Sidecar Association) National Rally.

A video in the next posting.