Since Da'mit the KLR is being set up to explore South America that means crossing the high Andes Mountains.  Flat land riding and pavement are not a real challenge. A test run with some real life obstacles is in order. The closest familiar testing area are the Rocky Mountains in Northern New Mexico. How will she perform at 11,000 foot elevation on rocky out crops and loose rock climbs?

The test road will be FR 76, a Carson National Forest Jeep trail crossing from Angel Fire to Tres Ritos, NM that I have been wanting to ride for several years now. Google Maps says the distance is only 31.6 miles but allow 2 hours to travel it.  Starting at 8500 foot elevation in Angel Fire, the trail climbs up to 10,000 + feet, following ridges in the Sangre de Christo mountains.

Before I either did not have the right bike or the time of year was not right to explore this trail. Once the snow falls, this road is closed until the next spring thaw.

Taos at 6400 foot elevation is in the upper left hand corner of the map. Route 64 across the top of the map goes from Angel Fire to Taos,  a distance of 25 miles with 110 curves. 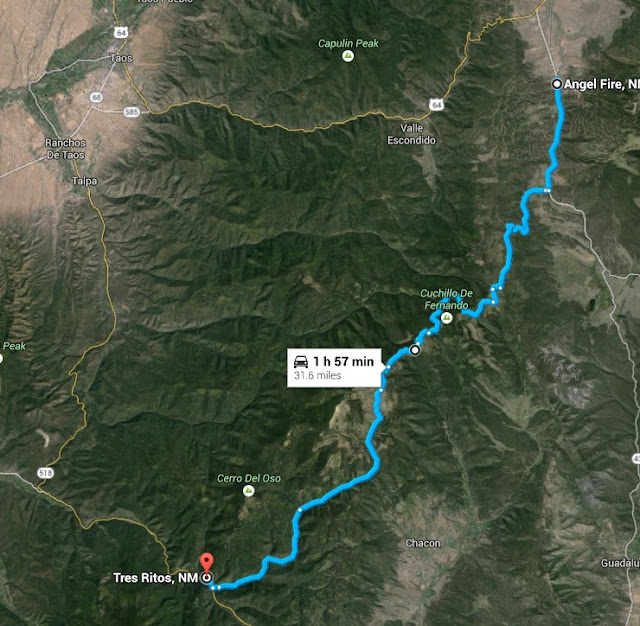 What exactly are we testing for?  Questions that need answering:

1). How does the engine breath in the higher altitudes? Thin air makes breathing harder on both humans and internal combustion engines. Both will lose power. Does the air intake need to be opened up more for the thin air? Change carburetor jetting?  Run too rich and the spark plug can foul and quit. Run too lean and you risk burning a hole in the piston.

2).  How is the gearing for climbing long stretches of loose rock and stone when carrying a load. If the gearing is too low, it will climb fine but lose too much top end speed for flat land cruising. If too high, it will cruise fine but bog down whenever the road gets too steep or the rocks too big and loose.

3). What is going to vibrate loose when bouncing over miles of unpaved terrain. What needs to be mounted more securely?  Is the sidecar load well balanced for this type of riding?

4).  Adequate ground clearance for going over rocks and logs was part of the design, but is it enough? Or is the rig too high and unbalanced?

5).  Will the suspension, steering and seat be adequate for riding rough terrain.  Flat road riding is easy and forgiving, but to ride miles and miles of rough bouncing terrain is a challenge and wearing on both machine and rider.

Let's find out how she does...

Stopping to rest on a flat spot after the first long climb. Gearing is perfect for this type of riding. Da'mit thinks she's a mountain goat. Drop into first gear, pop the clutch and climb. She chugs along bouncing off rocks and outcroppings. No hesitations, no bogging down. Great!

The 49 tooth rear sprocket on Da'mit now is perfect for mountain climbing, but is geared too low for flat land riding. On the flat, Da'mit is happiest cruising at only 45 mph. That is too slow. The best solution will be to carry a sprocket for each riding situation: a 49 tooth rear sprocket for mountains and a 45 tooth mid-range sprocket for flat land. The stock 43 tooth is much too high a gearing for a loaded sidecar. There you run the risk of burning out the clutch prematurely. It is an easy swap to change sprockets at the beginning of the day, so a 49/45 combination should be perfect.

Because of the sidecar load, have upgraded to a heavier duty 525 drive chain from the stock 520. 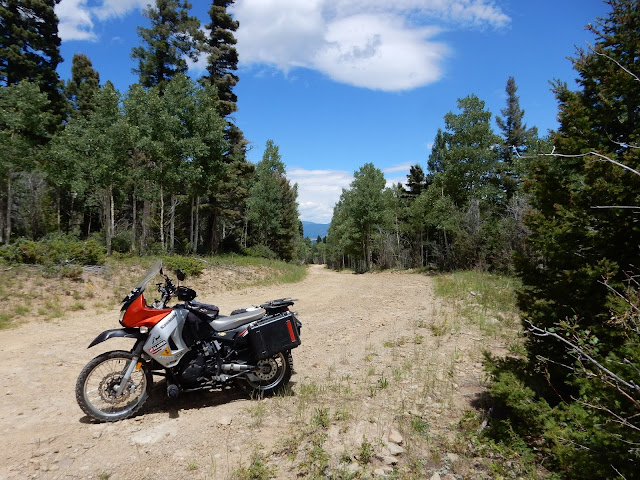 Met only two other vehicles on this lonely road, both Jeep Wranglers.  These photos don't do justice to the reality of the climb. There are no photos of the rough spots as my hands were full keeping her climbing and on the trail.  Many times standing on the pegs to shift my weight forward.

Question #1 - four stars for now as I need to check the plugs when back home.

In several spots one can see where other vehicles hit the embedded high rocks or scrapped across them. Da'mit's ground clearance is right on. We did not hit anything with the underside of the sidecar and only banged the engine skid plate twice.  On pavement, she does not sit too high. 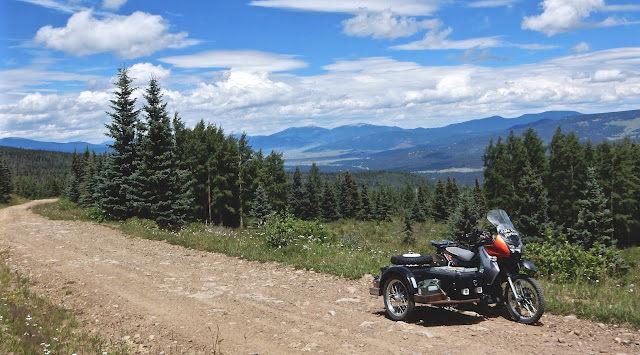 Looking north toward Chacon, kept an eye on the rain clouds moving our way.
Because of the recent rains, there were several deep mud holes from the run off. We were able to successfully navigate around those or blast our way through when needed. The dual sport 244 tires were perfect for this type of riding. We were off the mountain and back on paved road heading up to Taos when the rains caught up with us. 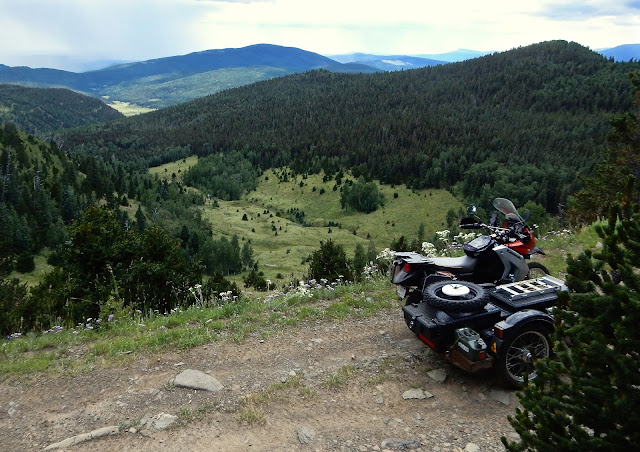 Yes, that is one STEEP  drop off behind Da'mit. Luckily we didn't meet another vehicle in these tight sections. Keep your eyes on the road and steady on the throttle. We didn't lose anything and nothing vibrated loose. With the new sidecar layout, the rig felt balanced, so...

Handing was controllable and precise, but by the end of the ride my hands were numb from the constant vibration and pounding. Something to absorb the vibrations is needed. Will look into several different cost effective solutions.

On Question #5 - only three stars

Overall am very pleased with how Da'mit performed.  Da'mit likes the mountains, climbs with little effort, is controllable and comfortable. She took to mountain trails like a honey bee to candy. In town she turned quite a few heads too. Got her share of thumbs up!

A good riding buddy, Jerry, said this song reminded him of me. Said I was either planning a long ride, on a long ride or just returned from a long ride. Beautiful Bride opines I must have been a truck driver in another life. Truth be told, I do love the fresh air of an open road. Never gotten tired or bored of seeing new places, meeting new people, breathing the new air out there.

"The Road" by Frank Turner 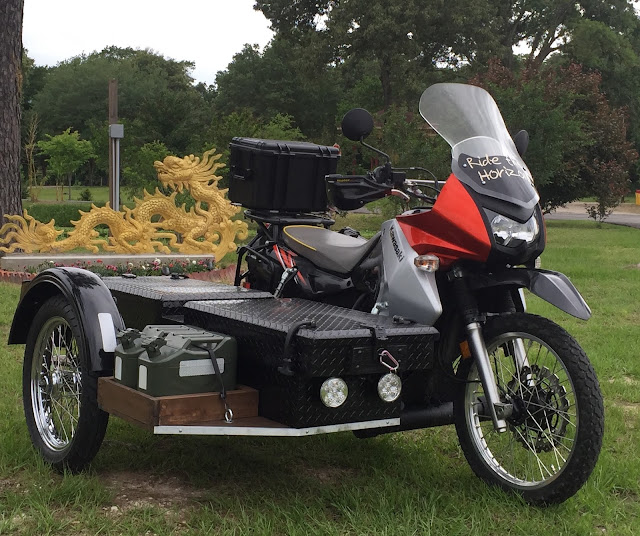 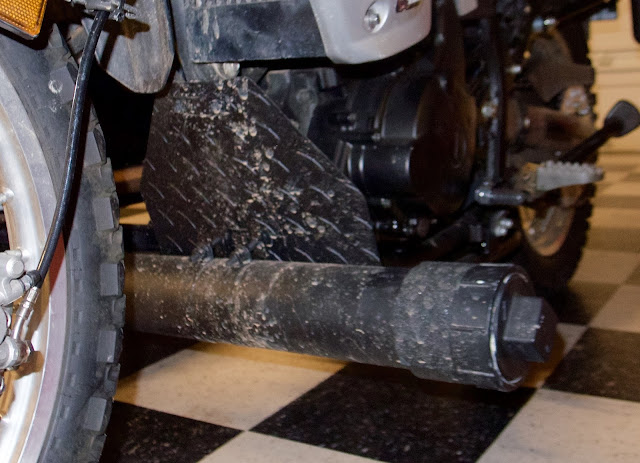 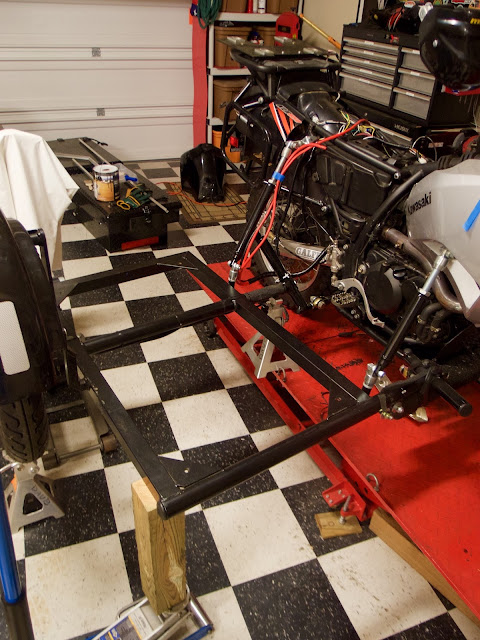 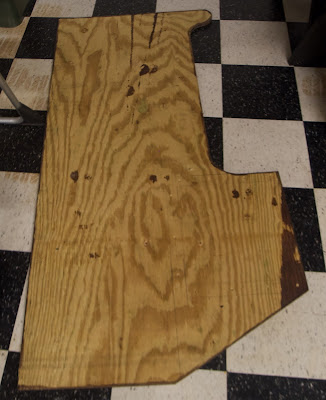 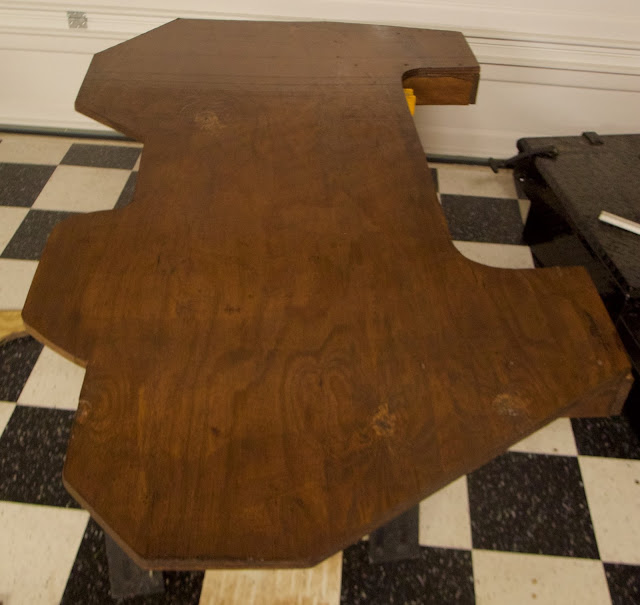 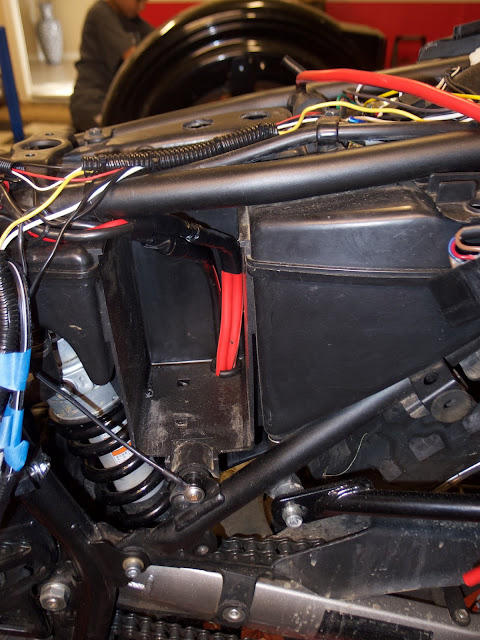 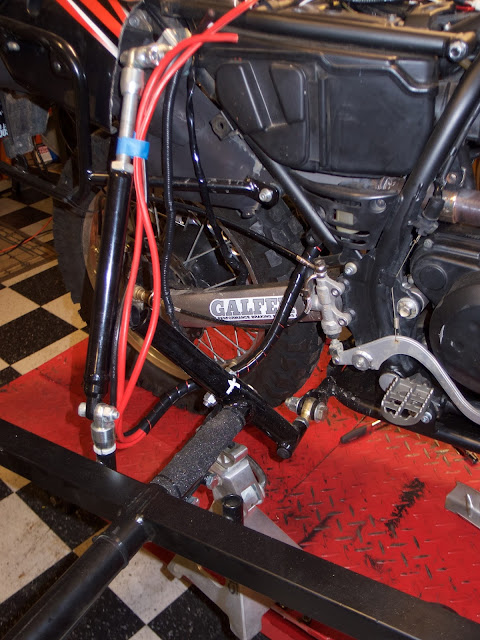 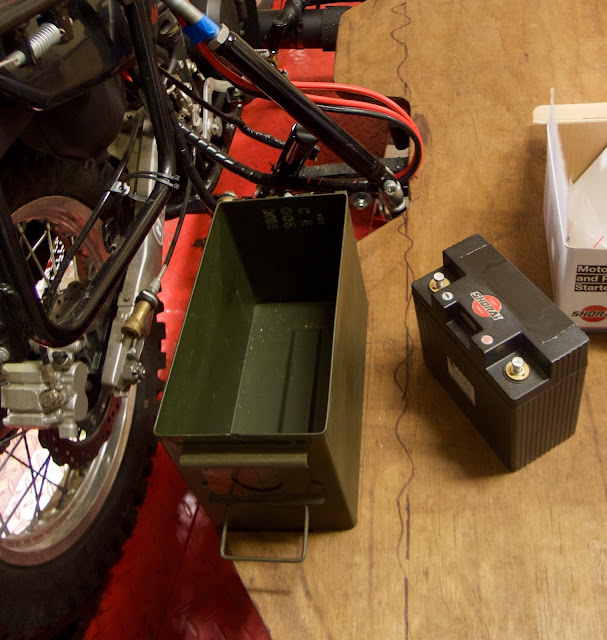 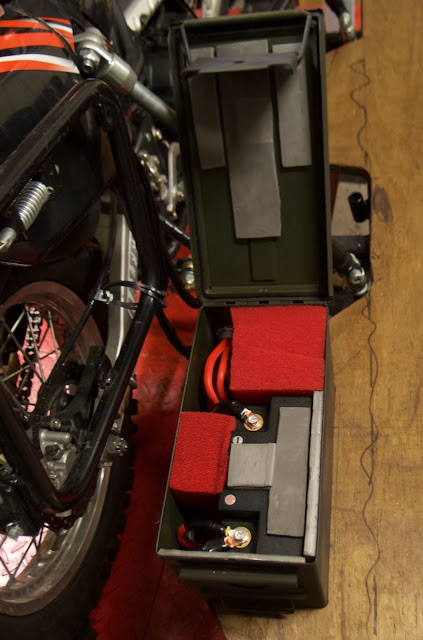 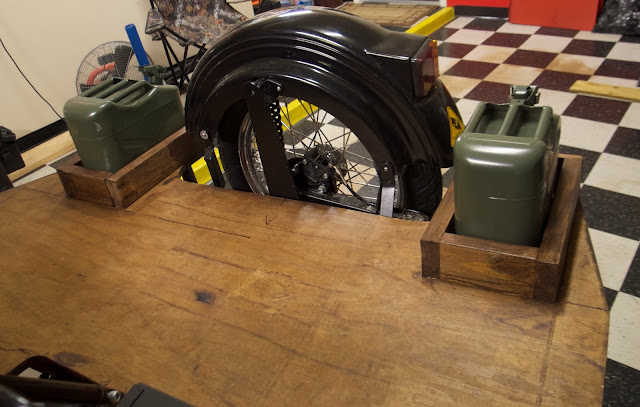 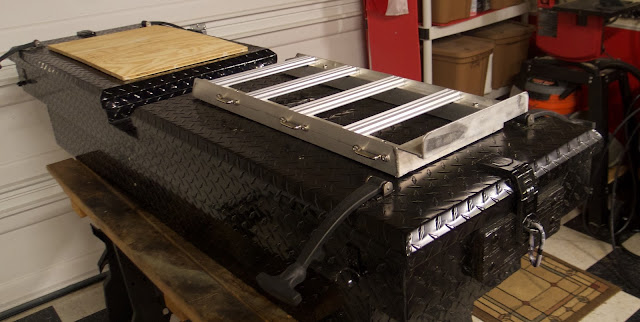 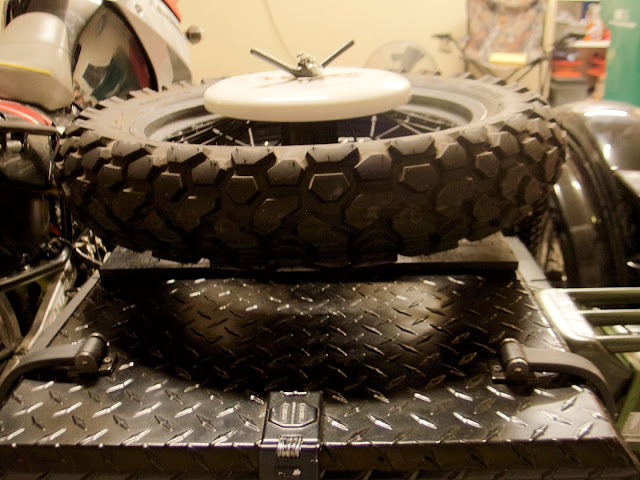 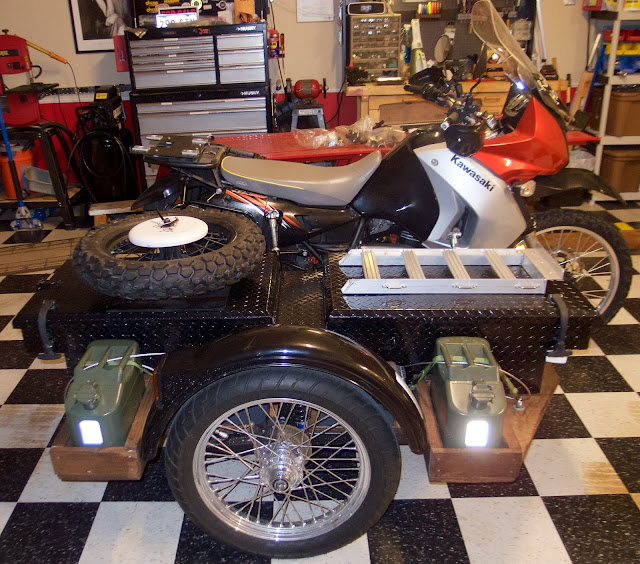 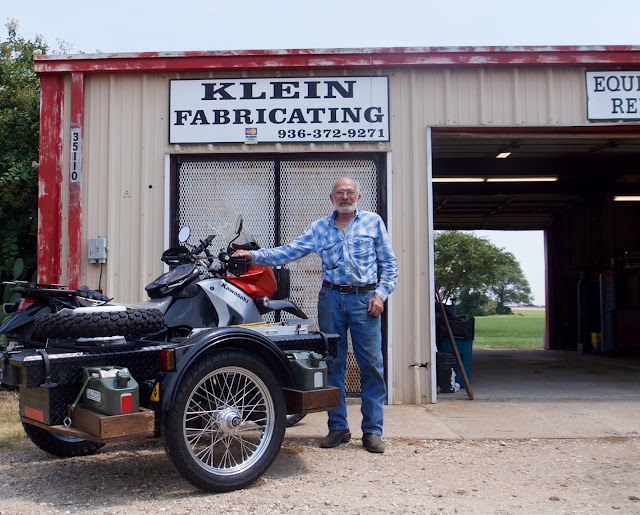 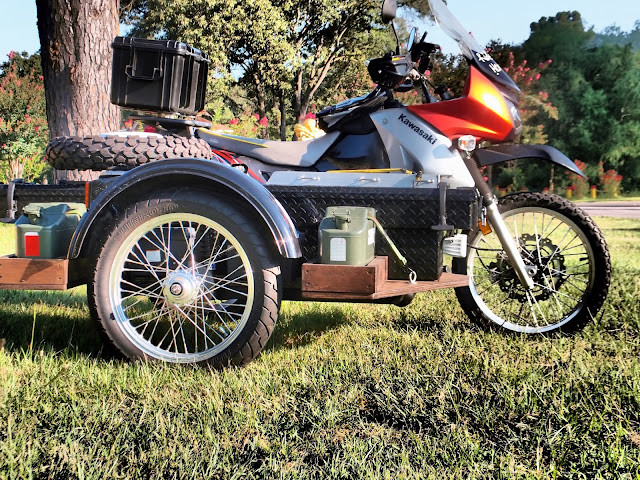