Am repeating this photo from the previous post, thought a better explanation was in order. 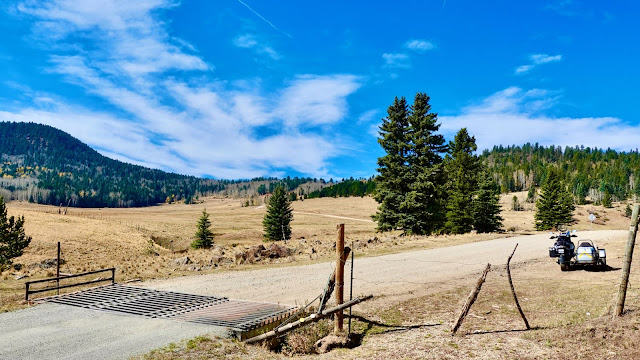 This high country is covered in deep snow every winter. The road you see here is barricaded, i.e. closed off at either end with the first heavy snowfall. It is not a maintained year-round road as no one lives up here year round.
Young cattle and pregnant cows are trucked up here every spring, left to gorge themselves on the lush rich grasses in the fertile meadows over the summer. Then each fall it's round up time. Cowboys rustle the fat cows out of the dark timber, load them on trucks to be hauled back down to a lower elevation for the winter.

Though they can survive the frigid temperatures, even Rocky Mountain elk leave for lower elevations every winter as they cannot find the amount of grass here they need to survive plus walking in the deep snow is exhausting.
The only winter snow tracks found up here would be from birds, rabbits, foxes and coyotes which are light enough to walk on top of the snow... and the occasional snowmobile track.
Ride safe my friends, keep your distances
CCjon
Posted by CCjon at 11:27 AM 4 comments:

Planned a walk-about ride this morning in northern New Mexico,
but walking outside was greeted with this...

Riding ten miles south, decided to change routes from southwest to southeast... instead of going to Mora, head down to Ocate and Wagon Mound.

The smoke stayed further south as the road turned to gravel...

Crossing over the ridge and heading down thru the timber... smoke appeared to be getting closer...

Spotted something white off in the brush... went to investigate.

Either a hunter dumped the rib cage here or this elk did not survive the winter.
Either way the ravens had a feast.
The Fall colors were abundant... in sections, 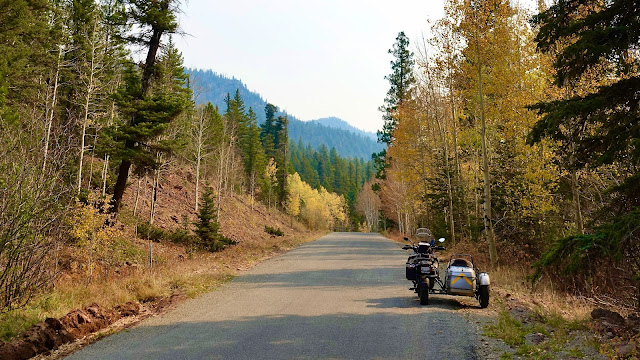 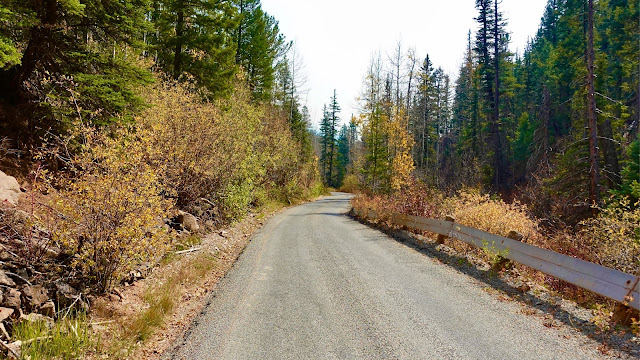 Even when the aspen trees were bare.. fall is here. 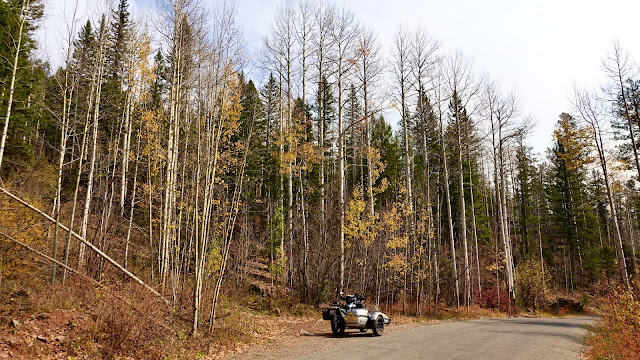 An AdvRider heading north stopped to tell me that smoke conditions further ahead were bad
in Wagon Mound. That's 15 miles away. Said his lungs were hurting.
Less than a mile further I hit the smoke wall, turned around... my lungs are not what they used to be.
Too many cigars. Gotta protect what we still have.

Practiced a bit with the panorama feature on the iPhone. Smoke in the distance blowing east.

Backtracking found a good spot for a final ride photo for the day...

Riding thru Black Lake area, past the fire, spotted both fixed wing and helicopters dumping water. The wind is not blowing north so our Angel Fire condo should be safe, though not sure how sound we'll sleep tonight.
Ride safe my friends, sanitize and mask up.
CCjon
Posted by CCjon at 11:17 PM 4 comments: