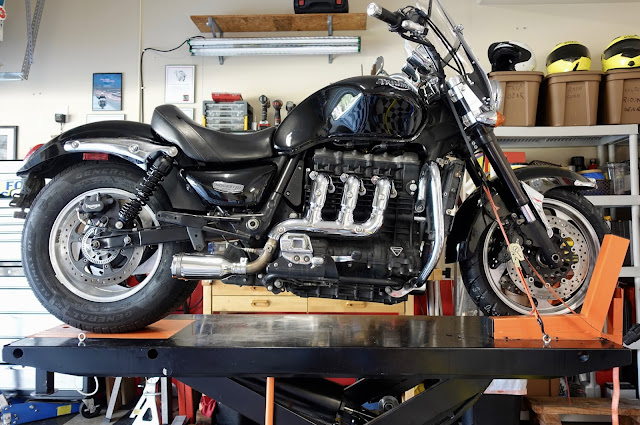 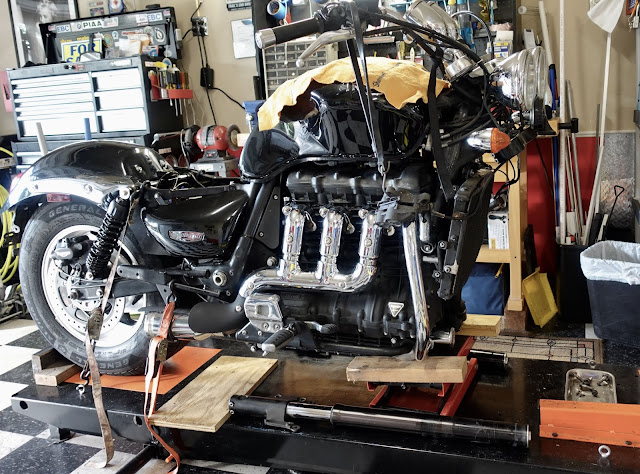 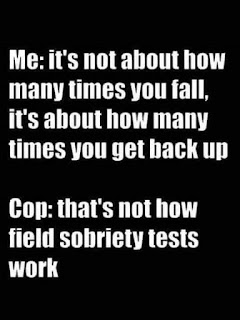 We came here to see the changing of the colors, but the brilliant yellow aspen colors will not appear in northern New Mexico for another week or so.  Did find a few small pockets where the leaves were just starting to change...

Love the smell of aspen after a rain. 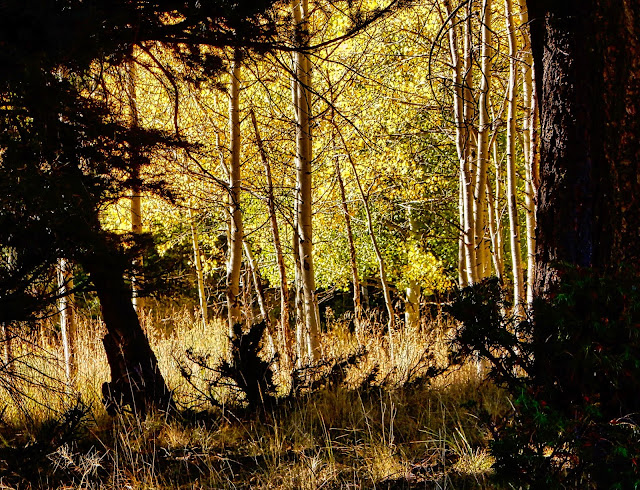 In the meanwhile, visited a few new adobe missions and of course, revised my old standby...

St. Francis de Assis Mission in Rancho de Taos
Considered the most photographed church in all of New Mexico, maybe the US.

As the sun peeks over the distant Sangre de Cristo Mountains in the east, the rays illuminate the steeples as parishioners arrive for morning mass 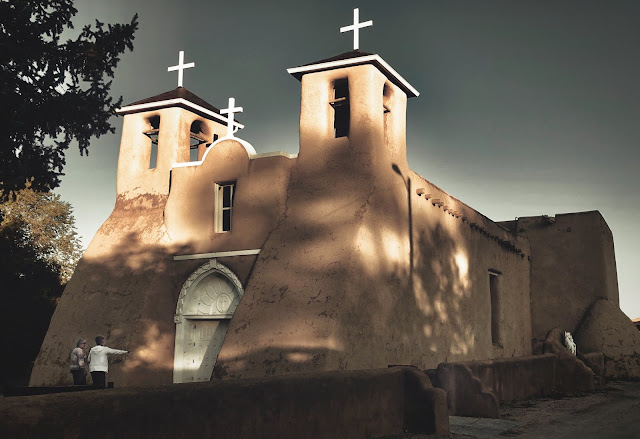 Returned in the late afternoon... with a warming west sun.
The gateway is always open for all to enter... 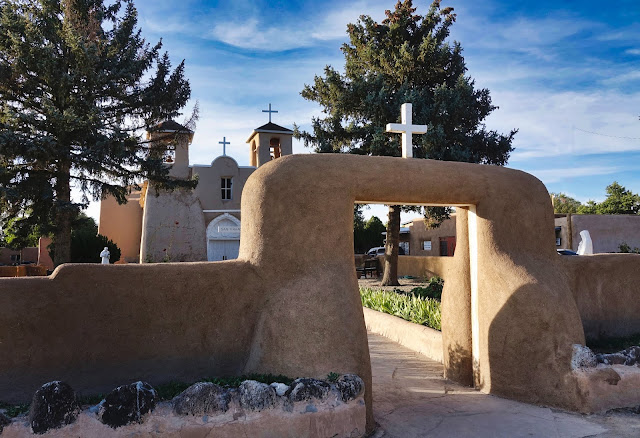 St. Francis de Assis at sunset
Note there is only one window on each the east and west sides of the building.
One smaller window in the choir loft above the entrance faces south.
There are no windows on the north walls. 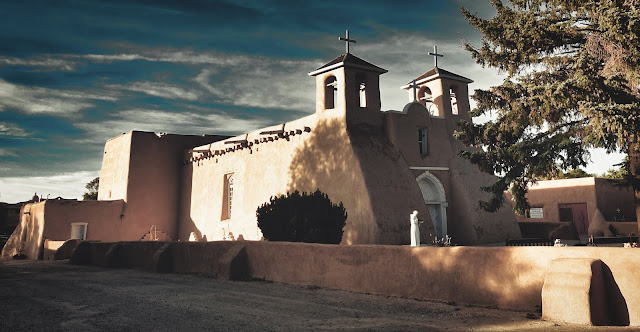 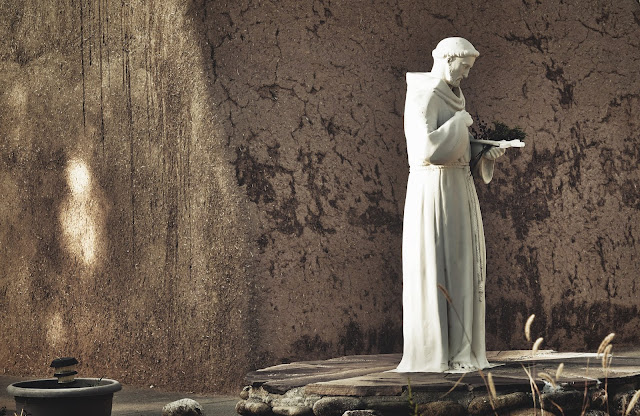 Have tried unsuccessfully many times to capture this image of a St. Francis statue as seen thru the Mission's west window. The secret was to be there with a late afternoon sun. 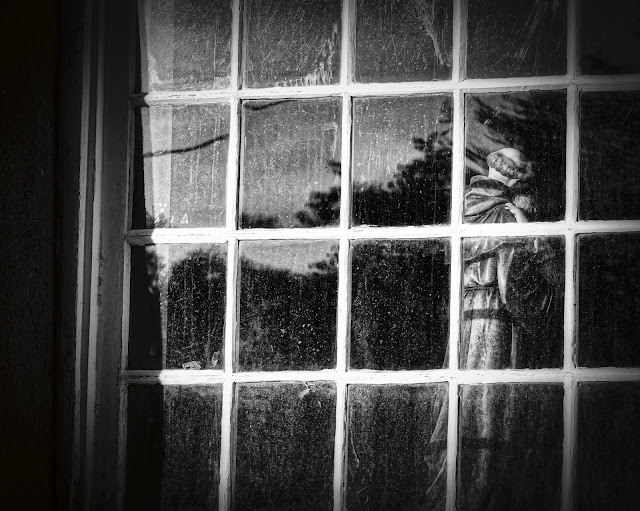 St. Anthony Catholic Church, Questa, NM
The Questa parish church was rebuilt over last few years with modern materials yet
still maintaining the New Mexican adobe color and appearance.
It is a historic Spanish church, but not one of the original missions from the 1600's. 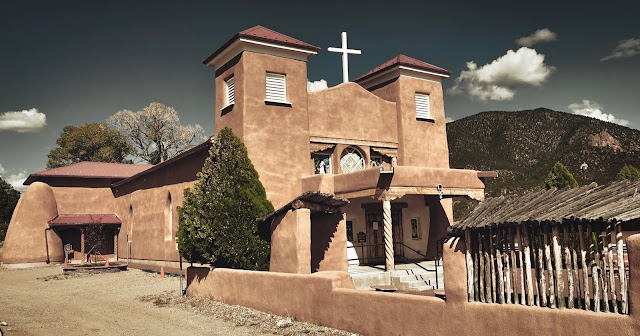 Parishioners installed a statue of St. Anthony in the new courtyard as part of the renovation. 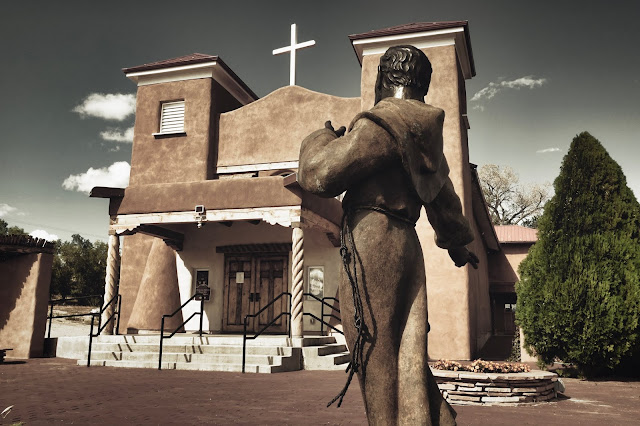 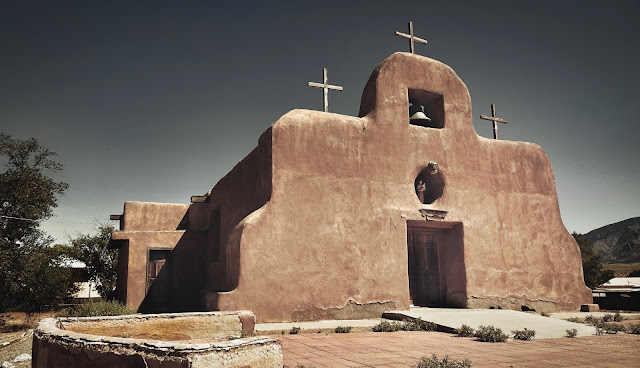 San Augustine Mission, Isleta Pueblo
Originally built in 1613 as St. Anthony church, is considered to be one of the oldest churches in the United States. It is the southern most, and most likely the first of the Spanish Missions built in the early 1600's along the Rio Grande river.

This church was rebuilt in 1716 on the original foundation after the first structure was destroyed in the Pueblo Revolt of 1680. Was renamed San Augustine at that time.

The tall outer wall was added to the original design as a defensible bulwark
overlooking a large open plaza. 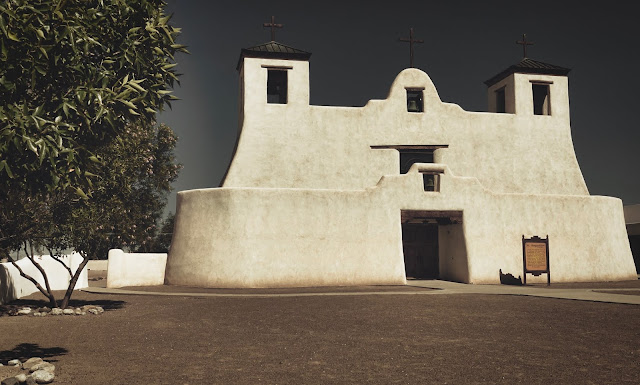 Church of the Immaculate Conception

Found along NM Route 39 between Logan and Mosquero, NM
Is a well taken care of historic adobe church of vernacular architecture.
How the simple buttresses supports the adobe brick sidewalls grabbed my attention.
Still has an active congregation as evidenced by the recent burial and simple cross headstone. 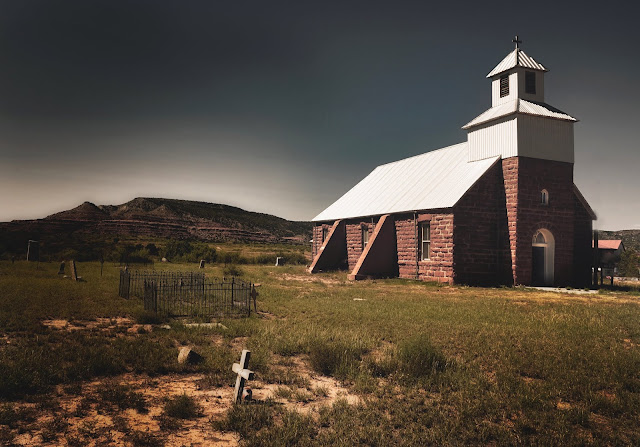 Three different Pueblos refused my request to photograph their missions,
so... simply move on to the next one on my list.

Originally there were twenty-four Spanish missions built between Albuquerque and Taos along the Rio Grande river. Some were not rebuilt after their destruction in the Pueblo Revolt of 1680.

Today some Pueblo elders do not allow any photography within the pueblo, including their church. Others allow photographs of the church exterior only. Still others allow as many photos as you want but not of the people, unless they give you permission. Some persons request payment from you to take their photo. Is a complicated system as there are so many variables.

There are still many of the old missions I have yet to locate.

Made just a few small changes, while waiting for more parts to arrive...

The original rear shock was removed... 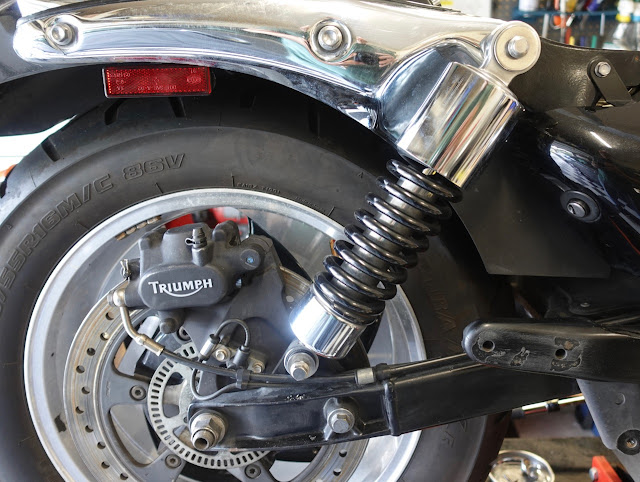 A slightly longer Progressive shock was mounted.
Note the gap between the tire and the fender in the second shot. Gained about half an inch... but wait, that's not all. 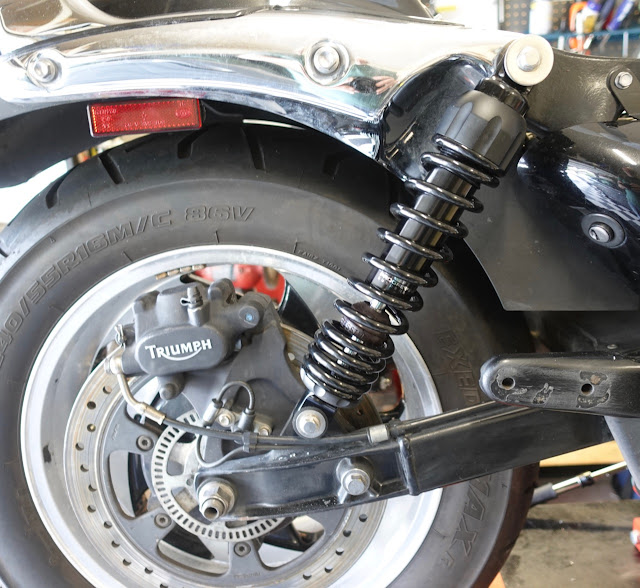 The new tires arrived the same day as the new rear shocks. 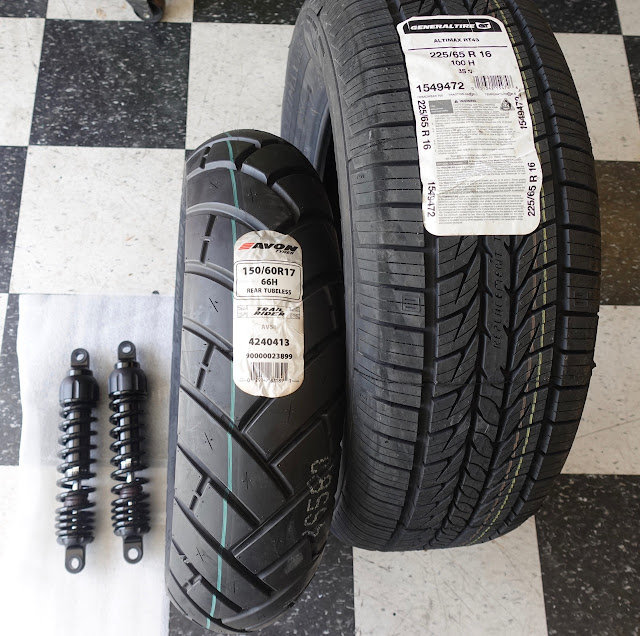 The new rear tire is narrower and taller then the stock tire. Next will take the wheels off and have a tire shop mount the new skins.

To replace that missing CAT, ordered a stubby ExtremeBlaster exhaust. The tunable type... 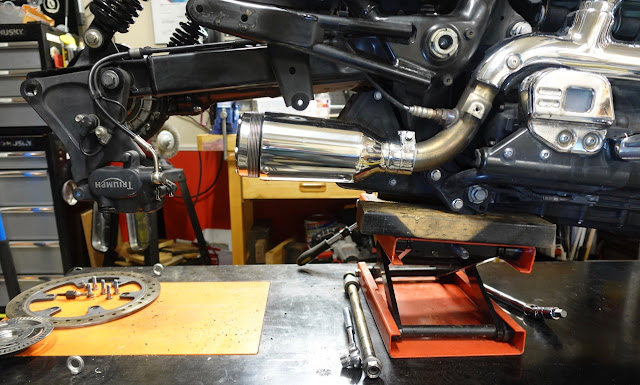 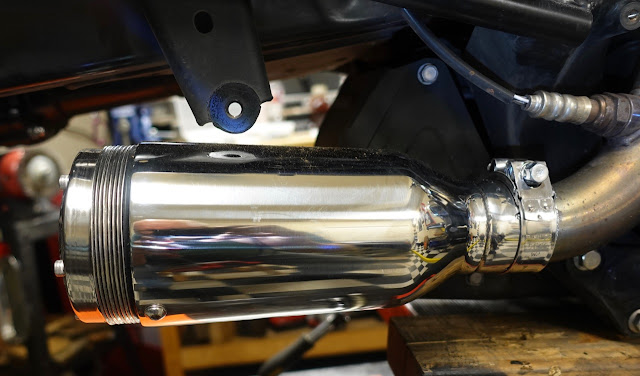 Well, off to New Mexico for a couple of weeks, trying to catch the changing of the aspen colors.

More wrenching when I return. By then more parts should have arrived.