Today was a BUMMER

Another day wrenching on the sidecamper. With the new front tire mounted, remembered I needed to check the front wheel bearings before mounting the wheel back on the rig.
Hmmm, a little notchy, better replace them now that the wheel is off.

Bearings are a wear item, particularly if you ride a lot of gravel where sand and dirt can work into them. Bearings are dry pressed into the wheel housing to hold tight. To remove, are pressed or knocked out. 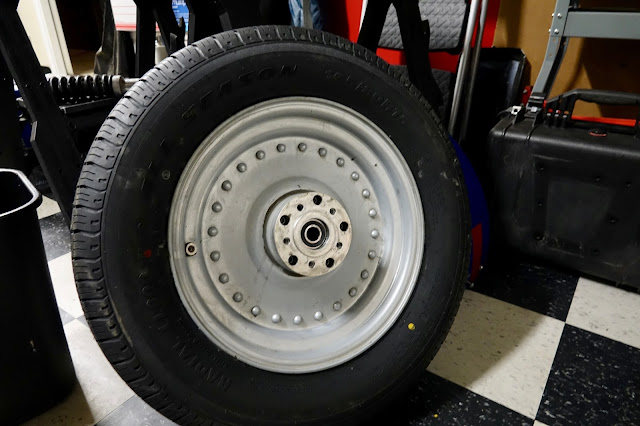 After struggling for hours and hours, trying various inpromptu methods ( I don't have a 20 ton press for properly removing wheel bearings), finally got the right bearing out. 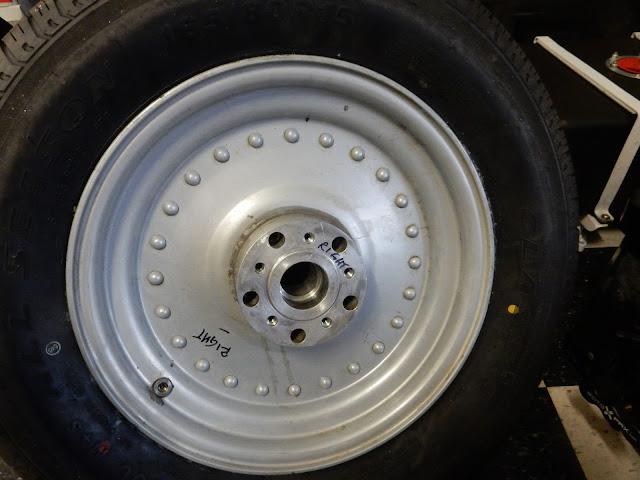 Though the right bearing felt sort of "OK", on closer inspection, it was leaving uneven wear marks on the wheel. Okay, that is not too bad. Can smooth that out before inserting a new bearing. 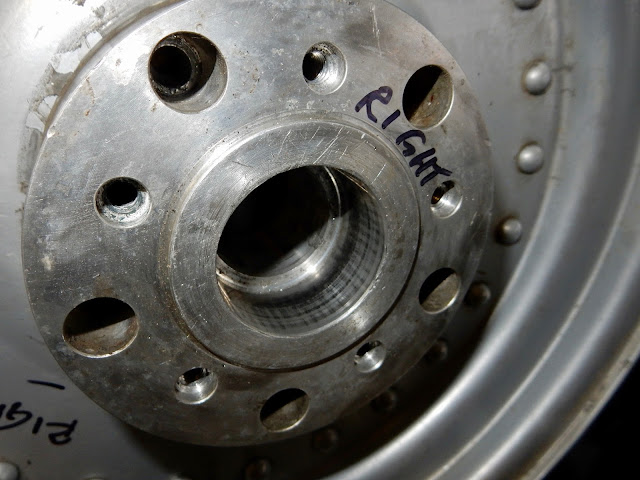 Now to remove the left bearing.

No matter how much I banged, hammered, pulled, pushed, gutted, swore or sweet talked,  the left bearing would not budge. Tried heating the bearing and wheel to an untouchable temperature, nothing!  From the longest lever to the baddest hammer, that bearing would not come out.

As a last resort, the internet says you sometimes have to destroy a bearing to remove it.  Easier said than done. The steel used in bearings is super hard and tough. After wearing flat the teeth on four different saw blades, drove to ACE Hardware and bought a carbide Sawsall blade.  That didn't work either.

Finally started making progress with a steel cut off blade and Dremel tool. Cut, cut, cut, nothing is coming loose. Tried a steel chisel.  A piece of the bearing snapped off.  WHAT the.......?
Under the piece that snapped off was JB Weld.  Someone had permanently JB Welded a replaceable bearing into the wheel. Thanks someone, you have ruined an expensive custom wheel by permanently cementing what is suppose to be a removable part. 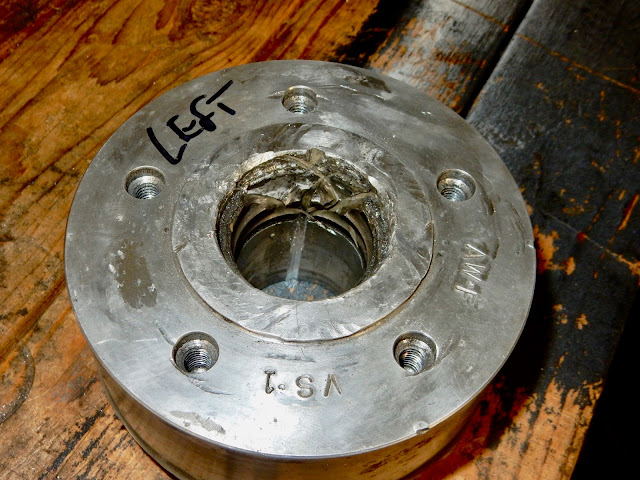 Called Stroker 77, the manufacturer of the wheel. He said box it up and ship it to him. He'll do what it takes to repair and/or make a new hub.

Having a FANTASTIC DAY !

Riding the sidecamper to Alaska was the plan for the 2018 summer. WAS is the key word there.

An early morning phone call from South Africa shows up on my cell phone that dramatically changes my riding plans. Thinking it was a Nigerian Prince wanting to give me a million dollars to help him deposit funds in the US, I almost did not answer.


Reluctantly picking up ...  "Hello"
in my lap fell a golden opportunity I never dreamed could happen.

No Nigerian Prince calling,  something better....

The caller, Nicole of SAMA Motorcycle Tours, informed me I was the Grand Prize winner
of their 17 Day Best South African Road Trip for 2018. Every year they collect thousand of entries from around the world, then draw one name from the basket to determine the winner.

It includes use of a BMW 1200GS motorcycle, petrol, toll fees, hotels, meals, entry into several wildlife refuges, a tour guide, a chase vehicle carrying our luggage, spare parts and a mechanic.
"When...  do you want to go?" she asked.

Stunned, speechless and in disbelief, I mumbled some reply. A follow up email from Nicole confirmed the news. It was true!  Just select which of their scheduled 17 day tours I wanted to join.

I have read and followed many accounts, books and stories of riders experiencing Africa on a motorcycle, but never once thought I would one day join their ranks. All of my riding has been in the Americas: North, Central and South. Places I could easily reach. Now that is about to change.

The seasons in South Africa are the opposite of the northern hemisphere. The SA riding season ends early May as they go into their winter and restarts in our Fall. So come first week of April, I will be in Johannesburg looking over the BMW steed that will carry me on this 17 day adventure.

Now to stock up on fresh memory cards, underwear, batteries, visit the Doctor for shots, check airline flight schedules, select riding gear (Cold or Hot?), figure out how to pack it all, etc. and more.

This Ride the Horizon blog will be the avenue to share with you the experience, the sights, the vistas,
the people, the ride, the good, the bad and yes... even the ugly.

Every year there have been new horizons to explore, relish, photograph and savor.
2018 will be another new horizon.

On to the Fantastic Days.