In case you thought I no longer rode, only wanted to talk about photography, rest assured Riding the Horizon is front and center in my thinking as I return to the garage.

Well friends, this particular scoot has reached its conclusion...

The Sidecamper BEAST tagged both the Eastern and the Western ends of Canada, made it most of the way up the Dalton Highway in Alaska, as far as Coldfoot. 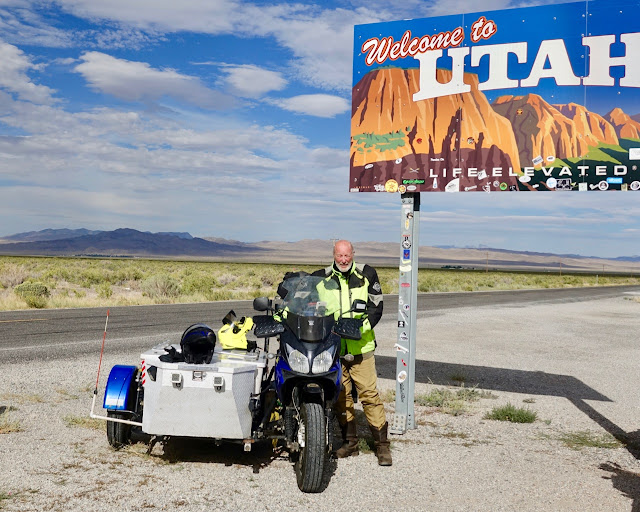 It's not a heavy rig, but is W I D E.  Pushing a lot of air with that big nose slows it down.

Overall the Vstrom1000 is a great all-around tug for sidecar duty. Parts are readily available, reasonably priced too. The Suzuki has a reputation for reliability and durability. Might not be the sexiest machine, but it gets you home. When loaded with everything including the kitchen sink... somewhere in there, the BEAST got me there, not quickly though. 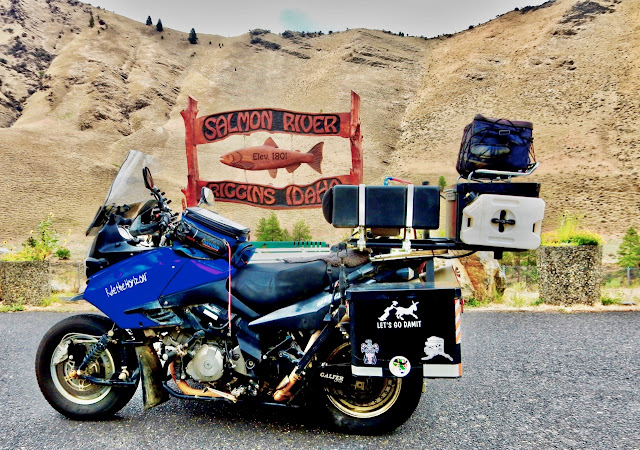 Decided the sidecamper BEAST needed a stronger tug.  Top end speed is not priority number one, but low end torque is. Studied motorcycle specs, consulted with sidecar builders,
looking for the ideal replacement. 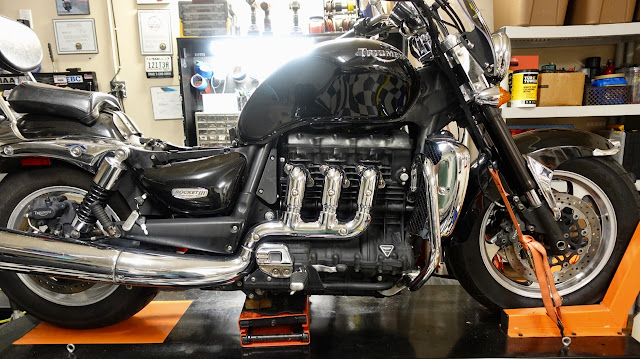 To think less than ten years ago, my initiation into sidecars was a 26 HP kick start Russian URAL .

The stock rear wheel will accept a 245/55-16 auto tire, which sells for less than half the cost of a motorcycle rear tire and will last twice as long. The open framework will be easier to work with in mounting the subframe needed for sidecar duty. The shaft drive is easier to maintain when on the road. And the torque...     is awesome!

On first seeing the Rocket, SO blurted out, "I thought you didn't like chrome..."  I don't. 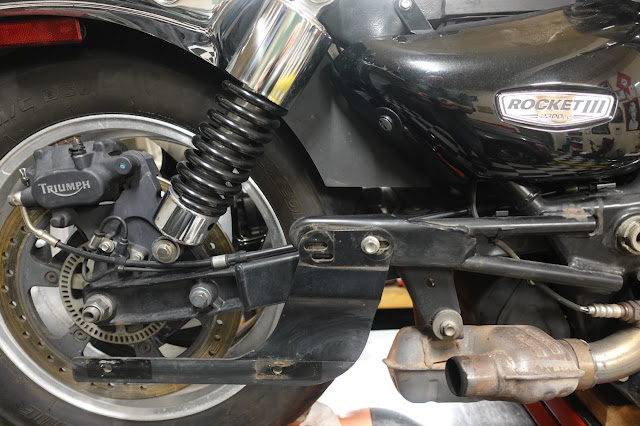 That exposes the CAT... hmmm...  it has got to go too!
I need that space vacant for mounting the subframe for the sidecamper. 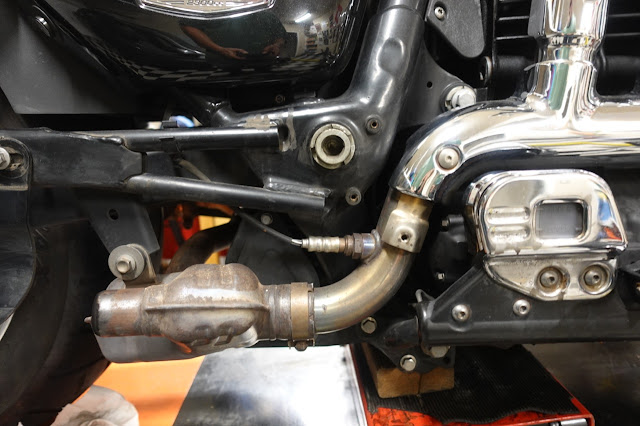 Now you see it, now you don't... Officer, someone stole my CAT. 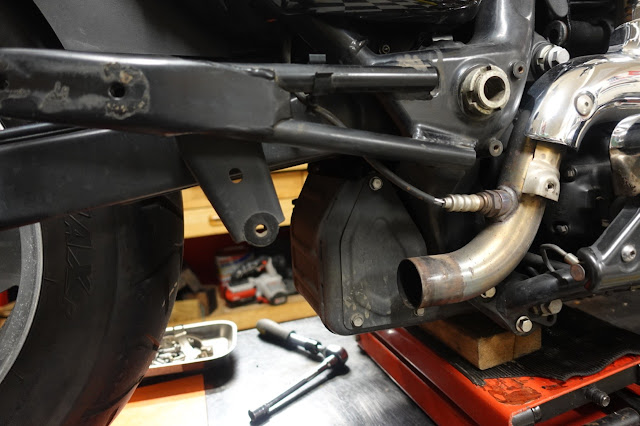 That's better. Now we have a nice open space for both the sub frame and for crossing the exhaust over to the left side. Did not want the exhaust exiting on the right side near the camper tub. Space is tight between the bike and the tub plus the auto battery will be there.

Next removed the small passenger pad to make room for a five gallon auxiliary fuel cell. The fuel cell will gravity feed into the main tank. That will give us 11.3 gallons of fuel, average 30 mpg equals 339 mile range... I hope.  Depending on headwinds... as long as it has more range than 260 miles, all is good when riding in Alaska and Canada. 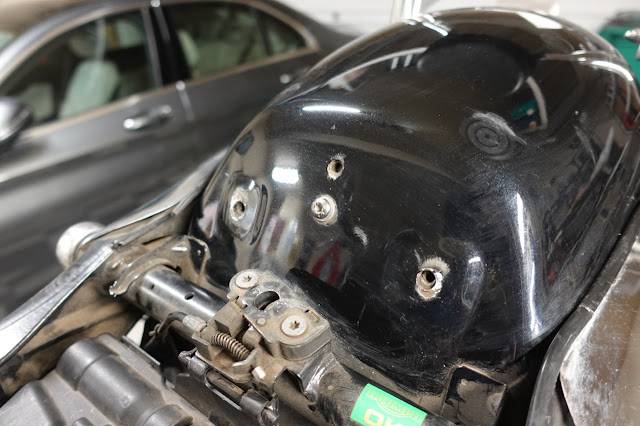 Using extensions to raise the rear end will reduce the trail, thus lighten the steering.
Is an inexpensive solution before having to spend big bucks on steering mods.

Now to design the subframe, identify mounting points before talking with a builder.

This is my winter project, progress will be slow as I await parts or for fabricators to make the custom subframe. Will post updates periodically.

p.s. Next spring the Vstrom1000 will be available for purchase. Anyone looking to build their own RTW rig?