Crossing into Canada was no problem, but the traffic was getting intense.  Seems this weekend is a three day holiday for many Canadians.  Motels, parks, camping areas and tourist spots are packed with people. If you don't have reservations forget about finding a vacancy.  So much for using the national parks pass I carried.
Tried to get off the main road when possible.  The two lane country roads are more to my liking, though one does confront delays now and then. 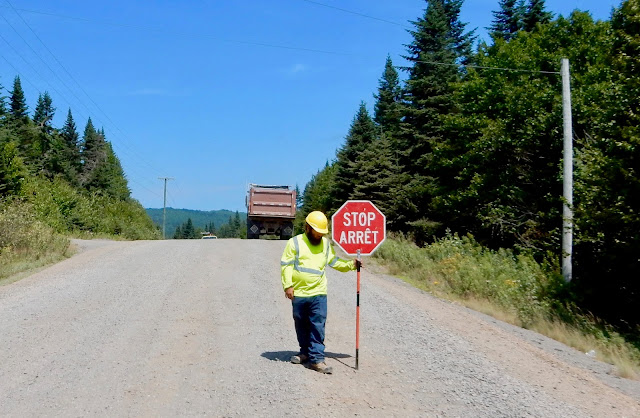 The sign holder was so bored, watched as he walked circles around the sign he was paid to hold. You know you are in Canada when all traffic signs and billboards are in both English and French. 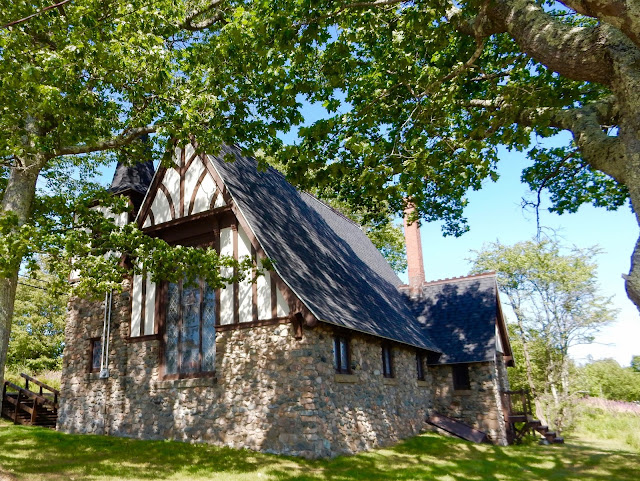 Had to take a photo of this interesting St Albans Angelican stone church.

At the lookout over Fundy Bay, chairs are set out for those to just relax and soak in the view. 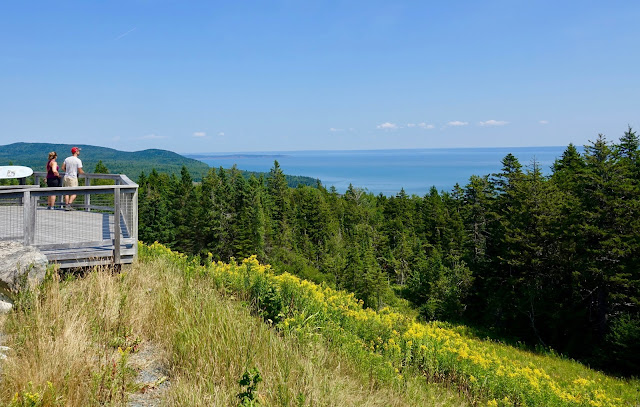 Fundy Bay is said to have the highest tides in the world. Would have stayed here but the park was full. In the town of Alma, could not even find a parking spot there were so many people on holiday. 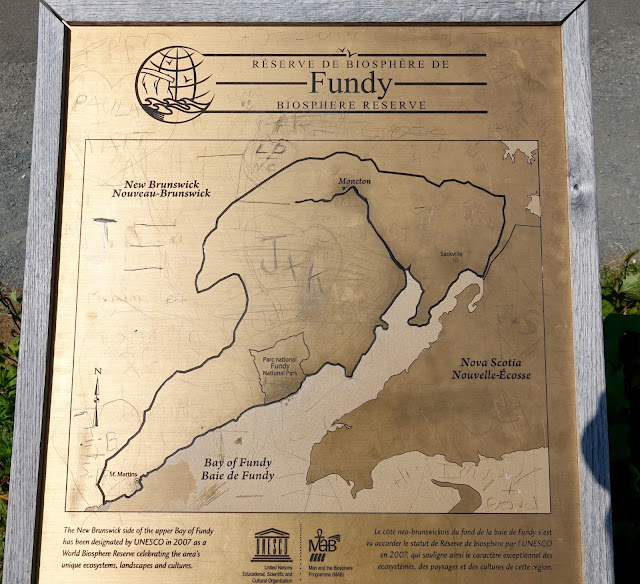 Decided to jump over and tag Prince Edwards Island from New Brunswick, maybe camp at the national park on the coast.

The lighthouse just before crossing the bridge to PEI. 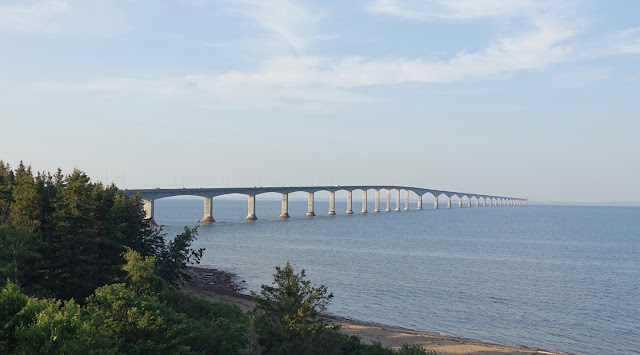 The Prince Edwards Island bridge. Again there were so many tourists, the welcome center told me all parks were full. Decided to cross back to New Brunswick and camp behind a church I had passed earlier.

Interestingly PEI has no stone of its own. All rock and gravel for building has to be barged over from Nova Scotia.

Across the road from the church was the St Bartholomew's cemetery... the sun is fading fast.
Many people born in Ireland then resettled here are buried there. 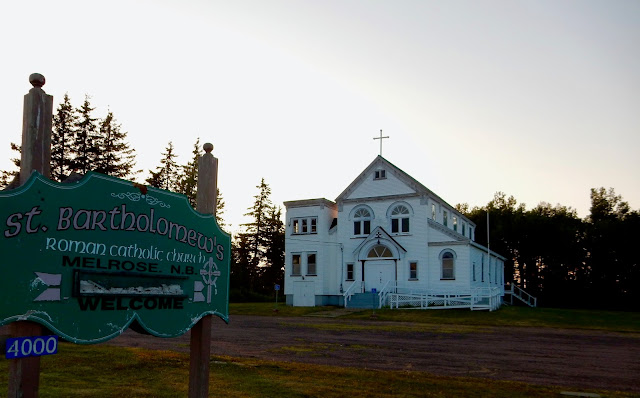 The ground behind the large wooden church was not level, but behind the Virgin Mary it was. 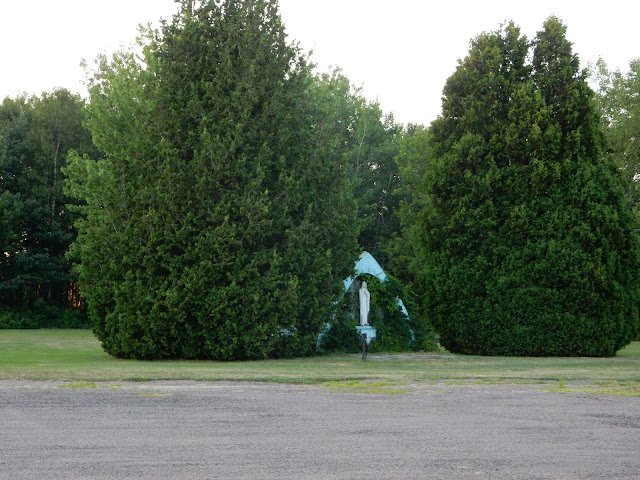 View from the road for anyone passing by. 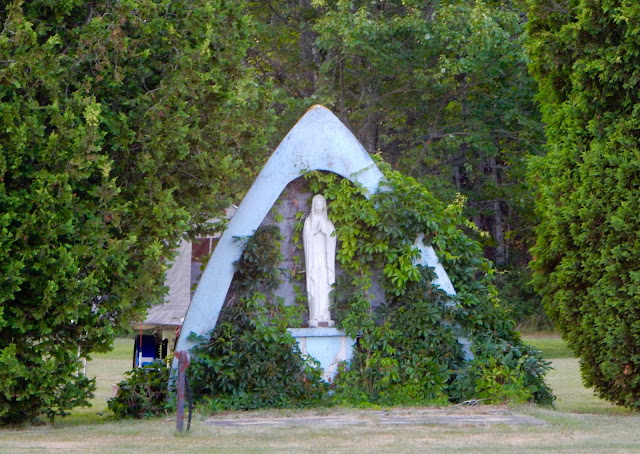 Looking closer you can see Damit set up behind the Virgin. Slept really well that night.

Tomorrow Nova Scotia and the ferry to Newfoundland.