Abandoning the wedding suite in Baie Comeau for the open road, we ride Route 138 southwest along the north shore of the St Lawrence Seaway. A very relaxing experience, beautiful scenery, though the tourist traffic increases the further south one goes. Even in the middle of the week.

Best of all am done with the gravel roads, now gliding along on pavement. Not without danger though, according to the Transports Québec. This is what happens when signs collide..... 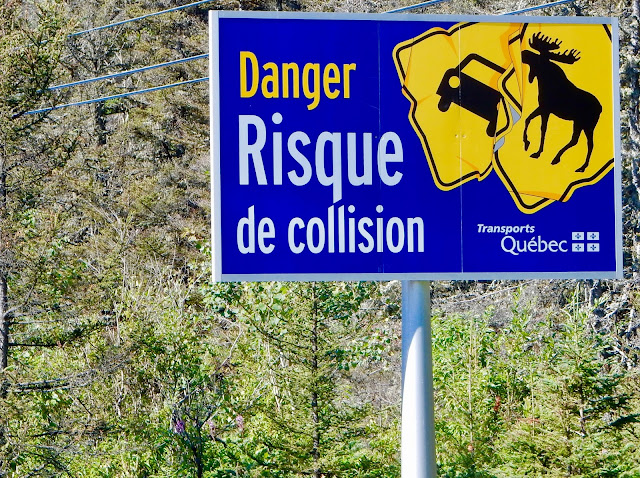 This corner of Québec is still boreal forest. Millions of little creeks and streams, all breeding grounds for those nasty little black flies. No bridal suites for them. No votive candles, no mirrors on the ceiling. No siree, just a shallow slow moving water source, of which Canada has in abundance. 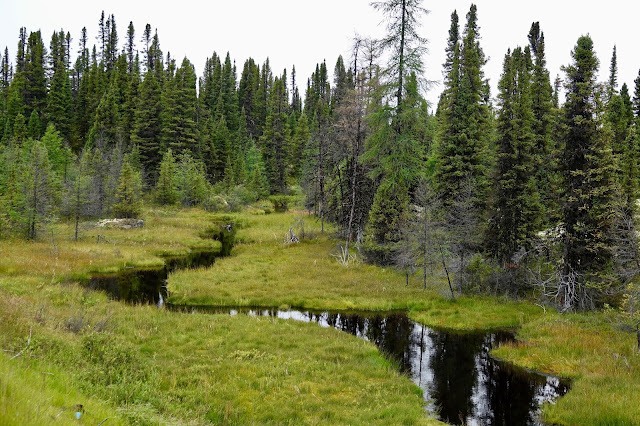 What Canada needs more of are these two legged insect harvesting birds. Watched one as it snagged larva after larva from the water. Always careful to hunt where its shadow or reflection did not fall, not wanting to cause its food source to scatter. 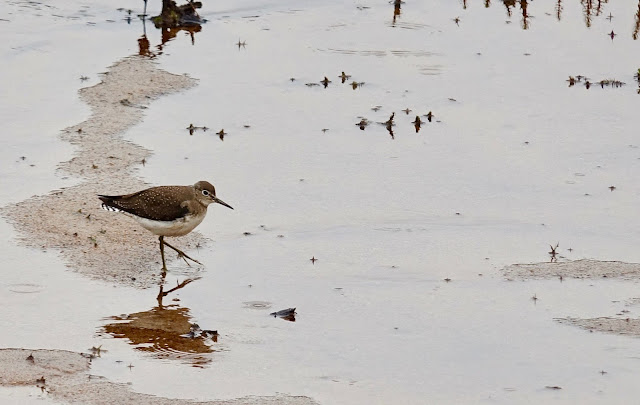 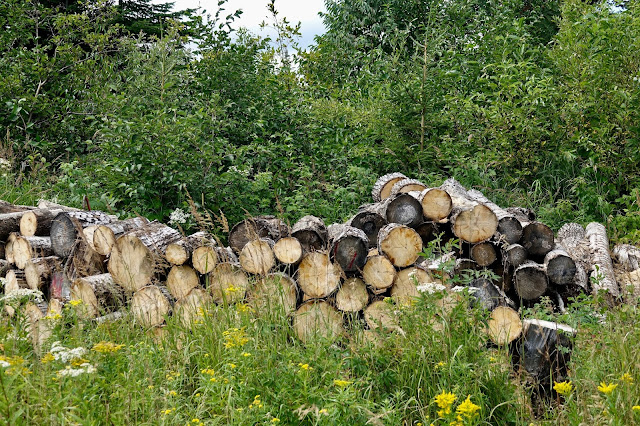 Route 138 takes a few sharp turns in some towns, does not always go straight through. One has to watch the road signs. In Tadoussac, rode straight through the congested downtown touristy area when the road abruptly ended at a ferry dock. At first I thought I had taken a wrong turn and this was a ferry to cross over to the south side of the seaway. Had seen on the map there were several such ferry crossings available along this route. Nope, I was wrong. Am on the right road, seems a bridge has yet to be built to connect the north end to the south end of Route 138. 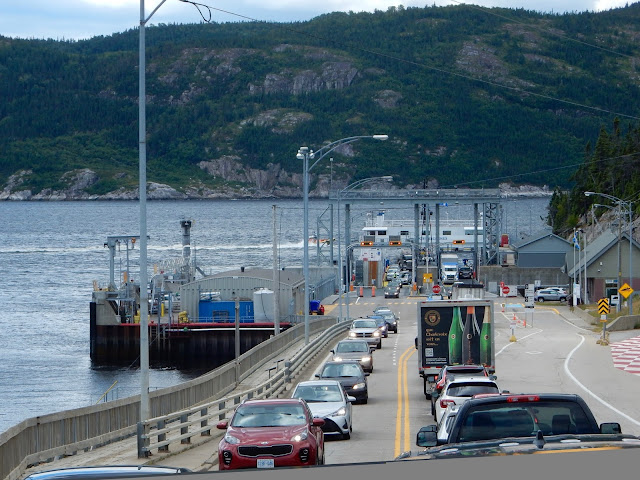 The ferry crew were very fast and efficient in getting everyone on and and off in a timely manner. There were two ferries working to shuttle all sorts of vehicles across the cold choppy channel. 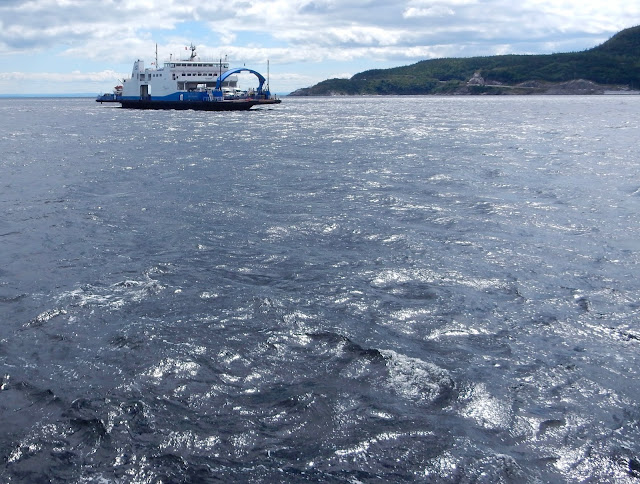 This very tall statute of electric bolts in a round-a-bout was impressive. The east side of Québec has at least five hydroelectric dams that I saw producing electricity for the country. Most of the roads I have been riding follow along either railroad tracks or transmission lines. Most likely those roads were the original construction/service roads for those industries. 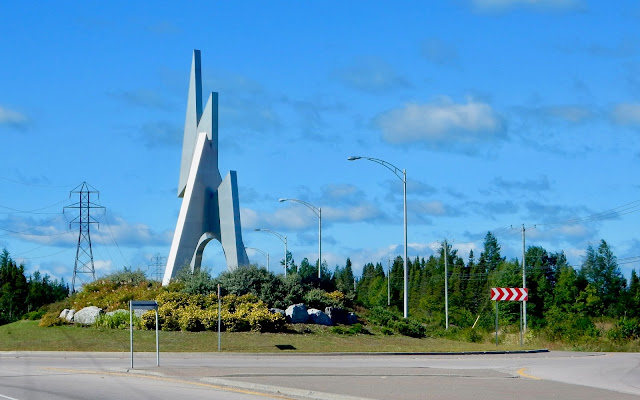 Passing a tree farm I realized those were all christmas trees. Stopped for a photo and talked with one of the workers. He said they had over a millions trees at various stages of growth on the farm. Very impressive for a family operation. 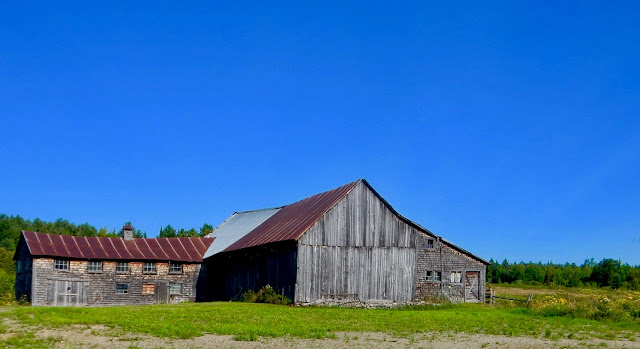 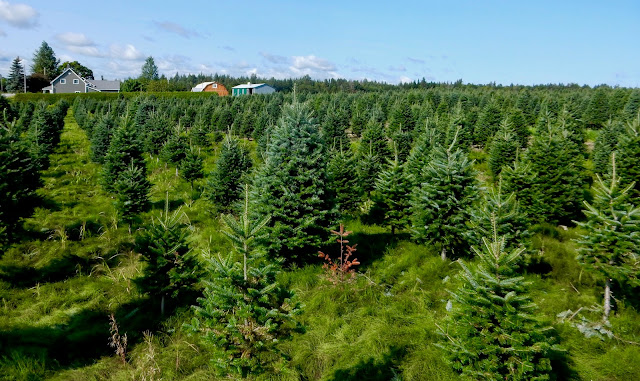 Committed a major error today. Reached Québec City around four PM. Thought I could get in and out before rush hour started. WRONG! Promptly got lost on a detour. Could not figure out how to get to the bridge that would take me to the south side of the seaway. Could see the bridge, but because of the detours and one way streets, I could not get to it. Frustrating!

Stopped and asked a stranger out walking if he spoke english and could he help me with directions. Turns out he is from Chile and was visiting his son's family here. Had a great conversation with Jose from Concepcion, Chile. He called his son who gave me directions over the phone. At least they got me pointed in the right direction. I was looking at the wrong bridge. The one I saw only went to a nearby island, not across the seaway.

Am not using a GPS on this ride, just relying on small maps and talking to people. Makes for an interesting misadventure experience.

Back on the right route, ended up spending over three hours inching along on three of the six wide lanes of hot pavement filled with bumper to bumper traffic. Wedged between two diesel smoke spewing overloaded eighteen wheelers. Shoulder to shoulder with tires as tall as my helmet. Was worried Damit would overheat or burn up the clutch on the uphill sections.

No photos of rush hour traffic. Both hands were busy working the throttle, brake and clutch. Finally by seven PM we were over the bridge. Now on the south side of the seaway, we located the cross country route that would take us toward the border crossing with New York state.

Near Sainte Marie, Québec we stopped at a regional airport, asking the owner for permission to camp there that night. Everyone has been very receptive to my camping requests. He later came over to take a few photos of Damit and to bring me a cold beer. That was thoughtful of Bruno.

With the stress of Québec City behind us, on to more tranquil relaxing photos of blue skies and wild flowers. 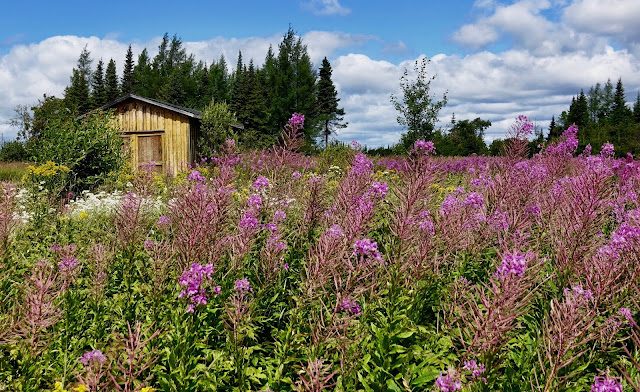 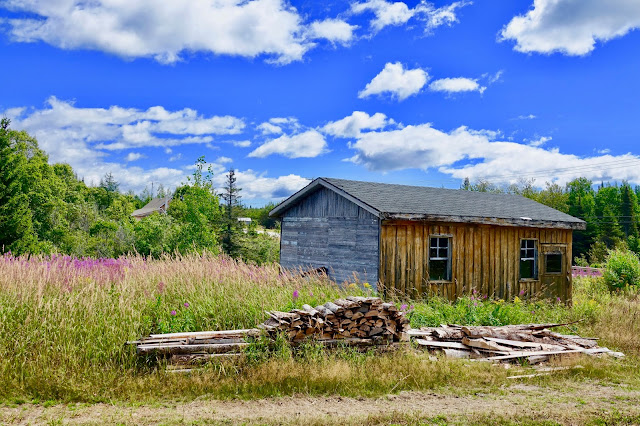