From camping west of Goose Bay to Labrador City, yesterday was a long day of riding. Obviously not too inspiring since I took no photos.  Was a colder ride, but finally got the electric jacket and gloves working so all was good with the world.

Today, August 15th, got on the road by 6AM with plans to make it to Baie Comeau, Quebec before dark. Only 363 miles, but not sure what shape the road will be in. 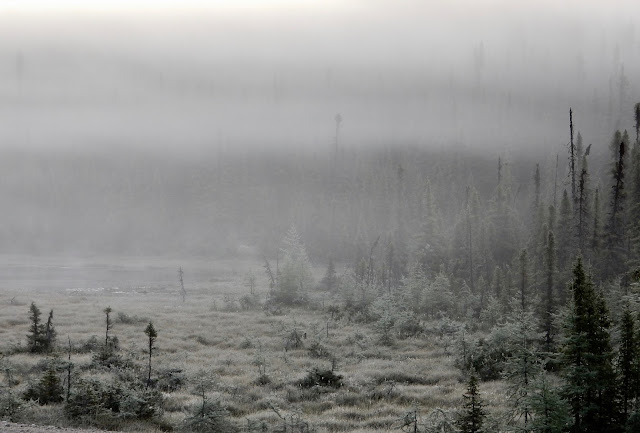 A cold wet fog hung over Labrador City at 6 AM as Damit and I rode past the city limits sign. With the riding wind chill factor, it felt like it was below freezing.

The sun started to burn off the fog, but the temps stayed the same. 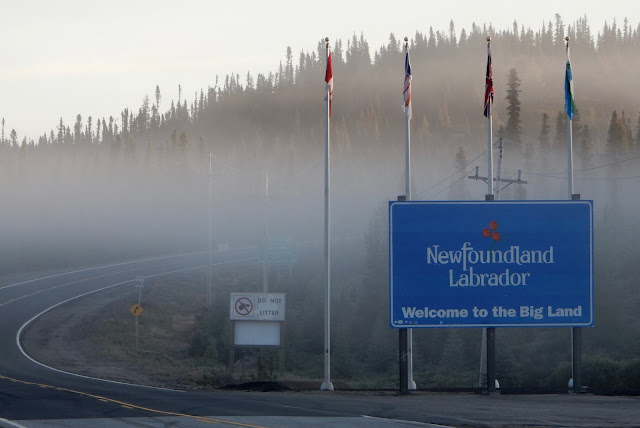 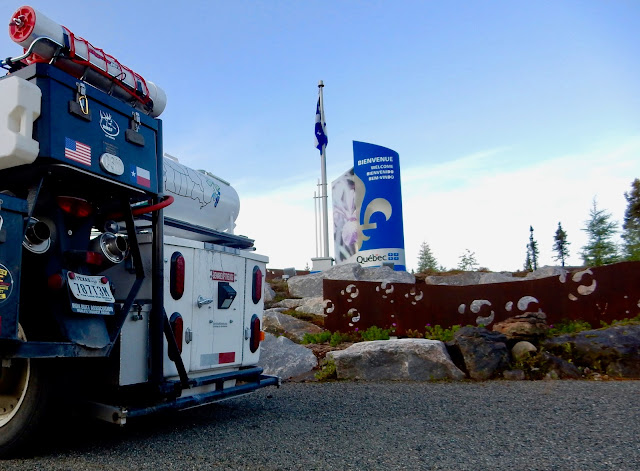 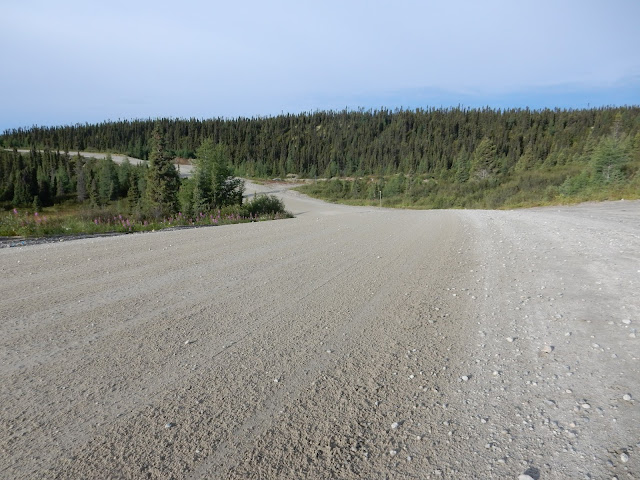 Soon the pavement ends and more gravel to ride. Here it is more like dirt and slit, not like the stones and rocks we encountered a couple of days ago between Red Bay and Goose Bay. 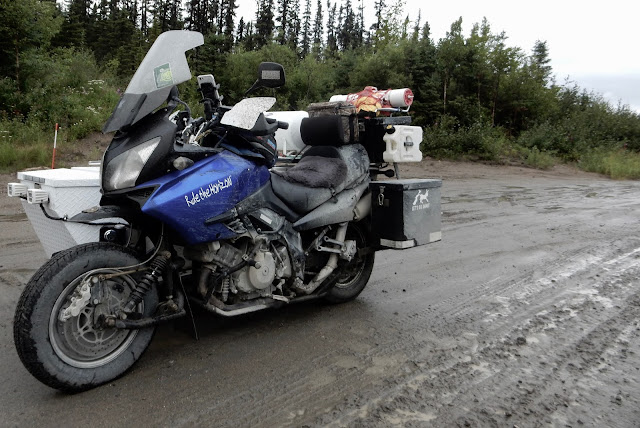 Then the rains moved in and the fine dirt becomes MUD! Slippery, slimey mud.
Sliding in the numerous curves and downhill runs keeps one awake, alert and puckered.
Damit will need a good bath when we reach the city. 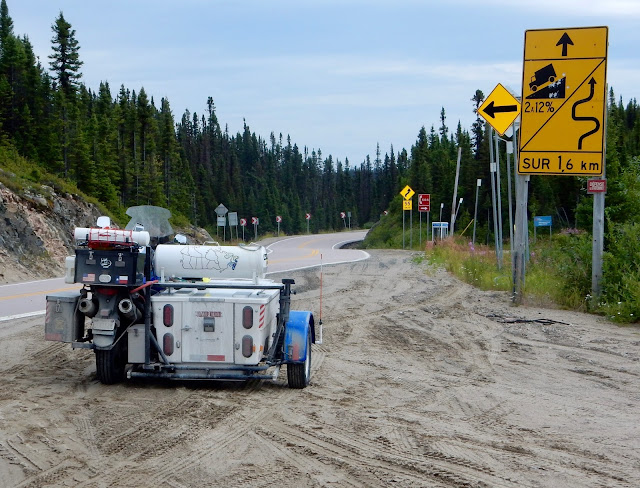 Over half of the road to Baie Comeau is dirt, half paved but NONE of it is straight and flat.  I doubt there is a mile of straight flat road anywhere between Labrador City and Baie Comeau.

Riding a sidecar requires more upper body strength as one uses the arms and back to turn the rig in curves.  No leaning like on two wheel motorcycles. I got a workout today.

When I can no longer ride sidecars, I'll get a BMW GS. 😜 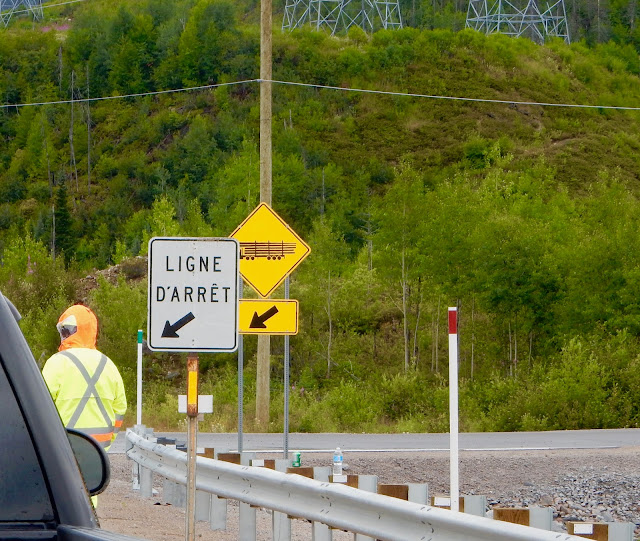 There were numerous road construction stops along the way. Some with flagmen, others with portable traffic lights.

What I do not understand and maybe someone can educate me on: through out the ride in Canada the traffic signs and road side signs have been in English and French.  However in Quebec, the road signs are only in French. I read 23% of the Canadian population speak French, so 77% speak English.  Do they ban English in the Quebec schools? Or is the Quebec minority trying to teach the rest of the country French?

I have never met a haughty frenchman when we were in France.
In Quebec I met several French Canadians with an attitude.
May be the foggy weather or...?

After a long and tiring day, arrived in Baie Comeau looking for a warm bed for a good rest.  Pulled into the Motel du Rosier. They said the only room left, was their deluxe with a king bed.
Don't care, just point me to it. I was exhausted.

Opening the door I was greeted with... 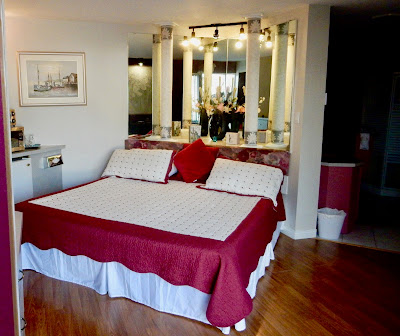 ... the honeymoon suite with little red votive candles and a multitude of mirrors!

Am sure not much sleeping happens here, but tonight would be different.
This tired old body plans to saw some wood... zzzzzzzzZZZzzzzzZZZzzz