Arriving in Labrador, the ferry off loads in Blanc-Sablon, Quebec then only three short kilometers to Labrador and on to Red Bay for the night.

What was surprising was how southeast Labrador looks like the highlands of Scotland. 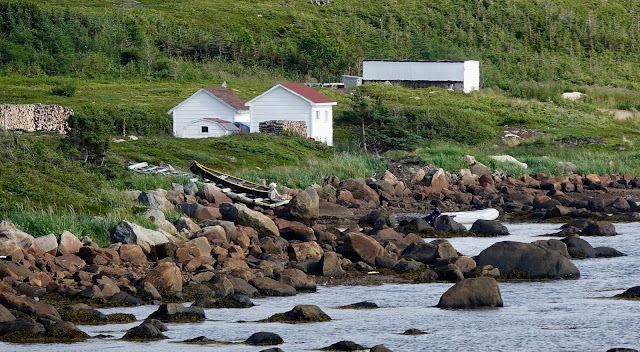 Red Bay is a very clean small fishing village on the southeast coast of Labrador. 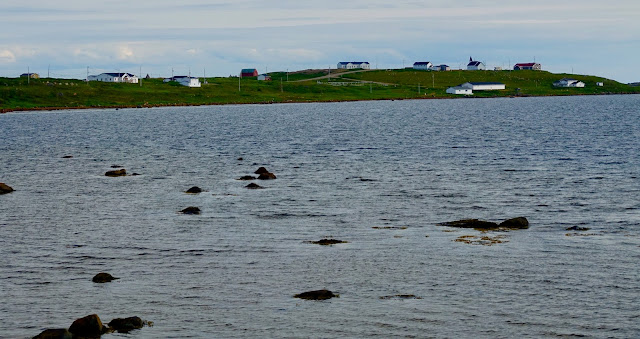 Here the pavement ends and the start of the gravel road north to Happy Valley/Goose Bay. Or what adventure riders call the Trans Labrador Trail.  Every year they pave more miles of the road until one days it will be ridden by any Harley and GoldWing rider. Then the adventure will be gone forever.

For now, the road is home to the dual sport adventure riders on BMW GS's, KTM's, and KLR650's.  Only saw two other motorcycles going in the opposite direction. 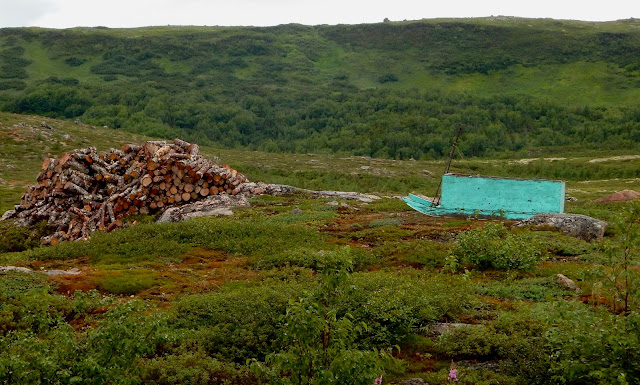 A common sight along the trail, stacks of firewood and a sled to haul behind your snowmobile.  Some stacks were so large near a grouping of homes, I wondered if maybe it was a community wood pile to shared by all in need. 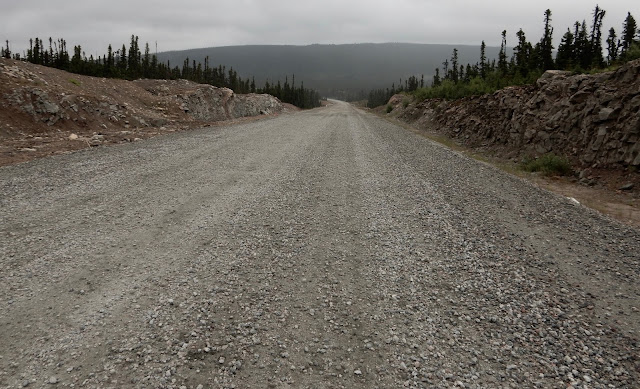 The road goes on and on.... sometimes in the hills.. 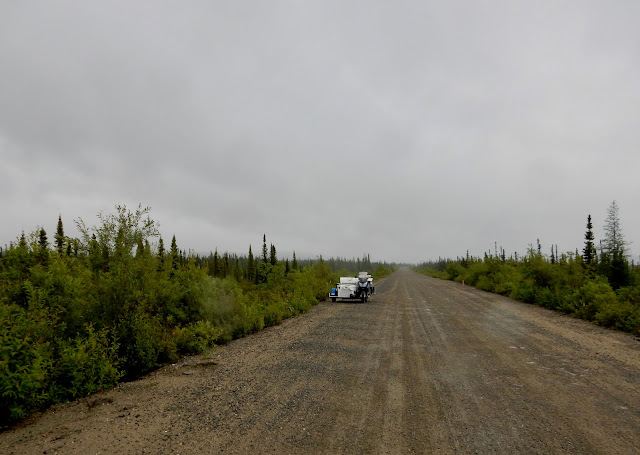 sometimes times across marshy flats.
Never saw any wildlife though the signs say to watch out. 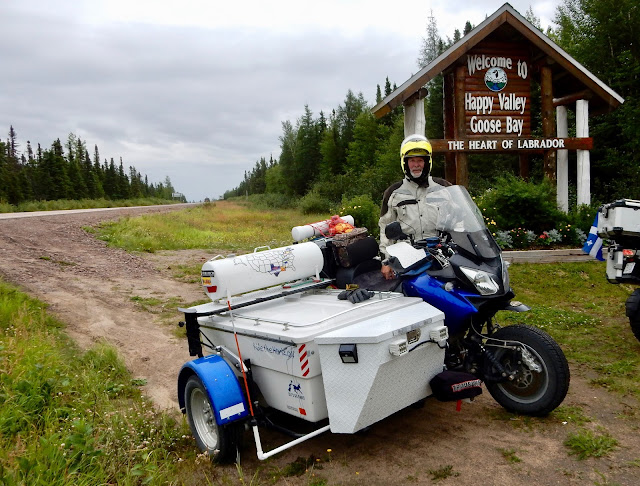 Finally arrived at my destination for this ride, Goose Bay. Gassed up, took a photo then pointed Damit west toward Labrador City and the Quebec border.

Met a rider on a BMW from Monterry Mexico at the sign. We took photos for each other.  The bugs are nasty this summer. Am thinking all of my photos are going to have little black spots on them with all the bugs flying in front of the lens.

Seventy-five kms west of GB, found a sand quarry to set up the camper for the night.


"Two roads diverge in the wood, and I ...
I took the one less traveled by,
And that has made all the difference." 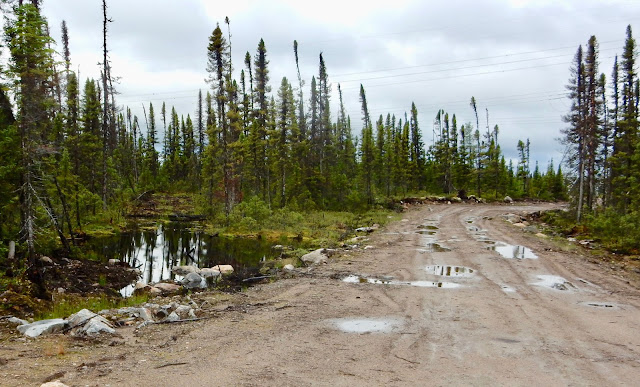 Even Robert Frost would be hard pressed to take the road less traveled on the left...  though
it would make a difference.