Tail of the Dragon

The rains came down heavy last night, but today is clearer. Hope it stays that way. With Natchez Trace Parkway checked off our trip bucket list, now let's go ride the famous Tail of the Dragon in Tennessee. 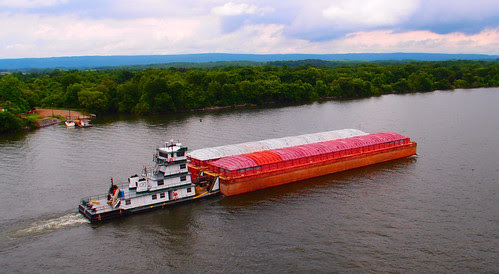 Moving an empty barge back upstream....

We made good time crossing northern Alabama, then up into Tennessee. In fact got to the start of Rt 129 (TOD) in time to ride it today, so we did. Riding the TOD in fog, clouds, rain and a little sunshine is not the ideal situation, but you deal with life as it is, not as you want it to be. 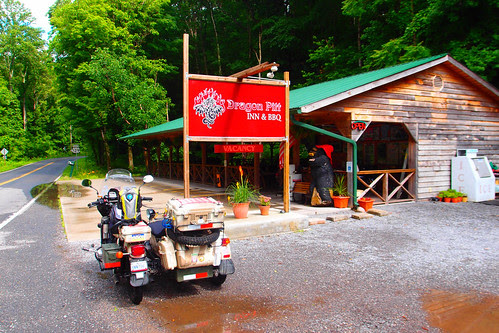 A bit of rare sun 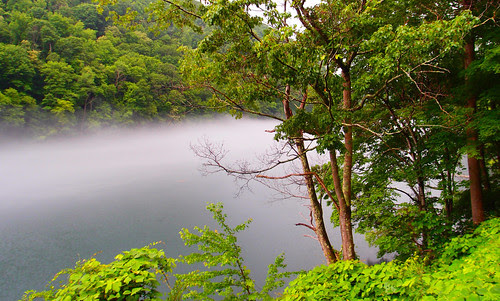 Even the rivers were cloudy .

By late afternoon the Dragon was behind us, rains restarted and we needed a room to dry out. Shady Ridge Motel in Bryson, SC was it. Owner, Jim lived in Del Rio, TX for awhile, so we hit it off. When I asked about laundry facilities, he said they had none but offered to do a load for me. Jim is 63 and fighting cancer. He and his school teacher wife have raised 14 kids, some their own, many foster care cases. He said they all had to work in the restaurant they had for 38 years, all are doing fine today. He adds, except for the one daughter who sells drugs down on the corner.... Pause.... She 's the pharmists at Walgreens.

In my rides, have met many people like Jim, hard working, honest, kind, good hearted, not asking for a handout, not feelin sorry for themselves. Living life with a positive attitude inspite of the hand their dealt. They are who make America strong.

Posted with Blogsy
Posted by CCjon at 3:30 AM