Back on the Road

Receiving the UPS package with my new final drive was like Christmas. I ripped the box open, to see what I got. Spent four hours getting everything properly installed and squared away. Packed up the old final drive and took it to UPS. Then rode around town to make sure all was okay. Departed Newton at 4:30 am to catch up with the other guys. We agreed to meet in Kinsley, KS, the mid-way point between New York and San Francisco for photos. 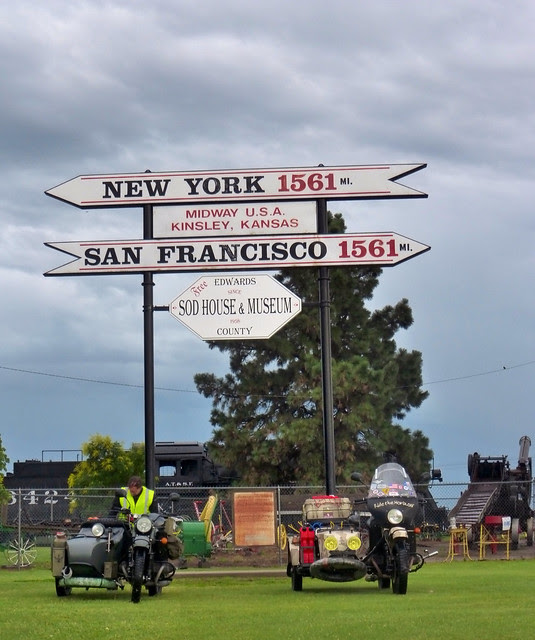 Dave's phone is acting up so he did not get the text about where and when to meet at the midway sign. Seems like we have been on the road for weeks and weeks, but are only half way to our destination.

The sky was not promising this morning... Is that a tornado forming? 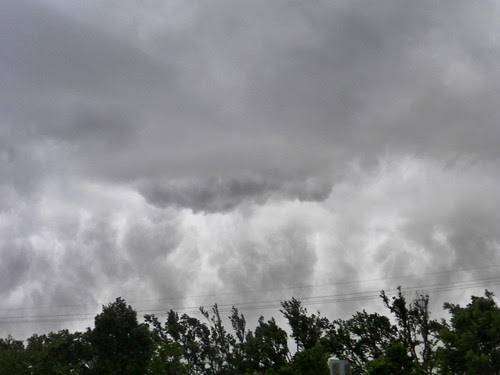 By mid-day the sky cleared as did my sinuses after riding miles and miles along cattle feed lots. Ah, the aroma of money....... On the hoof. Doing what cattle do when they're over fed.

Not sure if this panoramic photo of a feed lot will post well? Am trying a new setting on the camera.

Then we hit the winds. Four hours of fighting a strong cross wind, our gas mileage dropped from 30 to 23 mpg.

We read that the John Martin Reservoir State Park was nice for camping, so we went there to camp. What a disappointment. No trees, no swimming, wide open terrain, nothing to block the wind. Not even shelters over the picnic tables. Others must feel the same as there was no one anywhere in the park.

Decided to ride on to Las Animas, Co for the night. Tried our first Mexican restaurant of the trip. Disappointment. Boy, are we spoiled in Texas with great Mexican food and drink. The guys think I'm too critical but then I have experienced great food, drink and service on Texas.

Tomorrow we go to Pueblo West to visit the Ural dealer, HyMark. Then to meet up with several Colorado Ural riders for some sightseeing Friday and Saturday.

Da'mit is running great again. A thousand thanks to IMZ-Ural for replacing the final drive under warranty. Terry Crawford in Michigan and Ski in California got me squared away in finding and shipping me the new final drive. Ural headquarters has come through for me again. The dealers tell me Ural has the best warranty program of any manufacturer. I believe it.

Posted with Blogsy
Posted by CCjon at 9:58 PM