US-50 is the Blue Star Memorial Highway dedicated to the United States Armed Forces. Riding today was great across southern Missouri, but by the afternoon, temps were in the mid 90's. 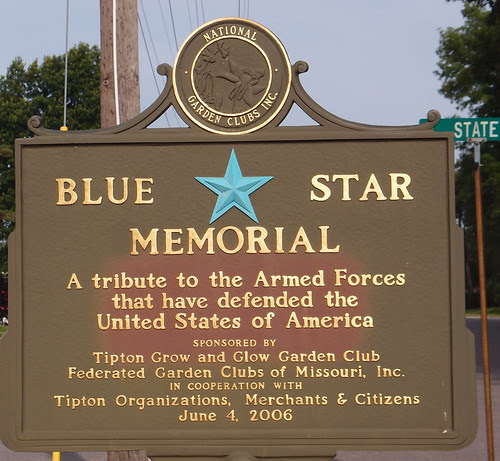 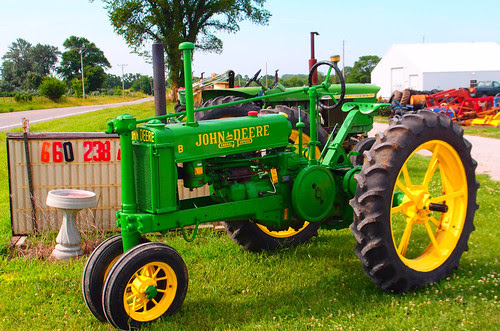 Stopped to photograph a 1936 John Deere Model "B" tractor. Only asking $2650.00. Would make a nice front lawn ornament on Empire Gold Drive......string Christmas lights on it in December, fire it up on the 4th of July..... Give neighbors rides at the block parties... Hmmmmmm?

When I turned around, Da'mit was gone. She wants to play hide-n-seek. 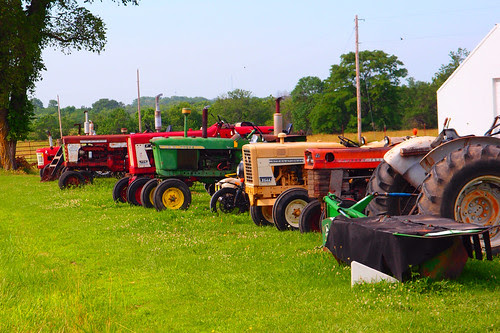 Found her hiding behind an International Harvester tractor. Told her if she didn't behave, I'd trade her in on a used US tractor. Goes just as fast as Da'mit, has same rough ride.

Maybe Da'mit is feeling pretty good today because she saw a sign about bulls. Da'mit doesn't like bulls. She was disappointed we had missed the event by a week, said she would have liked seeing the harvest of mountain oysters. 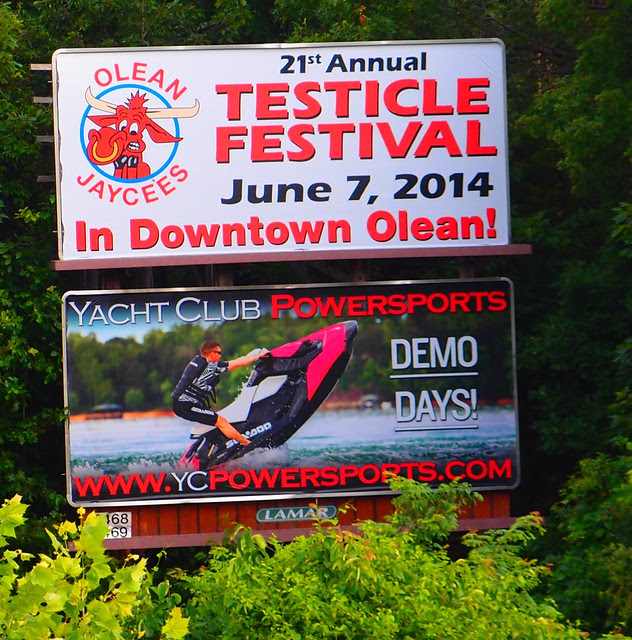 Crossed the Kansas border this afternoon. Farms are clean and neat. This is a typical Kansas mid-rise homestead. 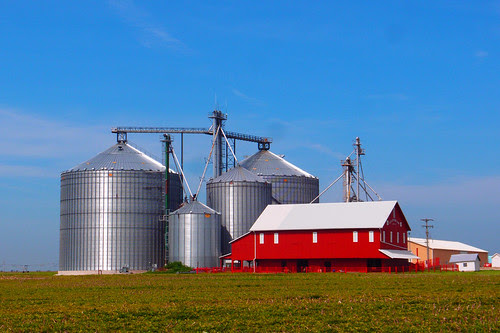 Riding the Kansas plains, Da'mit had a panic attack when she saw this scouting part on a ridge line watching our approach. She relaxed when I told her they were looking for more bulls. 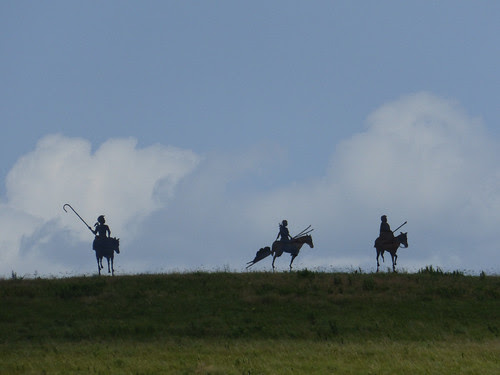 In Council Grove, we saw the famous Kansas statue, Madonna of the Praire. The Council Grove rail yards was where the Santa Fe trail ended, and where many settlers embarked on their trek west. 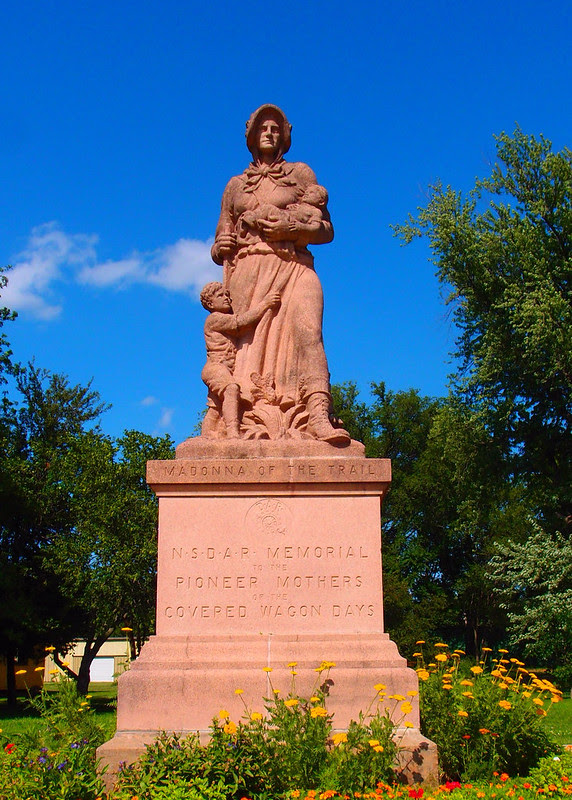 Forecast is for rain all night so we holed up in a small Mom&Pop motel in Newton, Ks instead of camping.

Posted with Blogsy
Posted by CCjon at 10:37 PM