Slight drizzle this morning as we head for the start of the Blue Ridge Parkway. Jim suggested Rt 19 to Cherokee, SC., a river road. This Cherokee actually is a Native American town, while in Cherokee, Alabama I didn't see any Indian gift shops or tourist stuff. 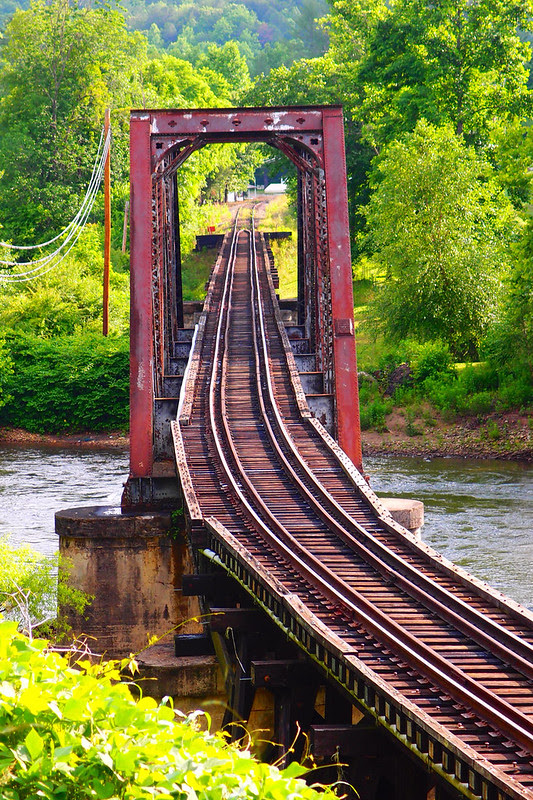 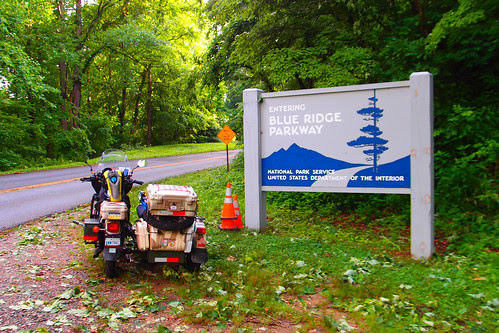 We start up the BRP, the third item on our trip bucket list before starting the big ride. These three roads, the Natchez Trace, Tail of the Dragon and the Blue Ridge, are on the Top Ten Motorcycle Roads in America list, 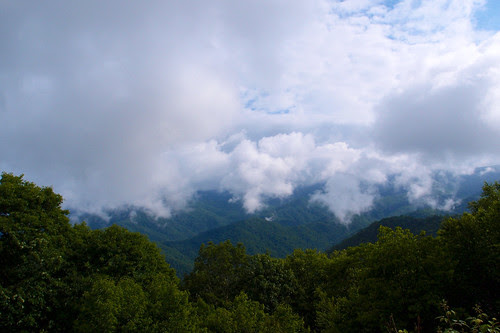 The BRP keeps going higher into the clouds. 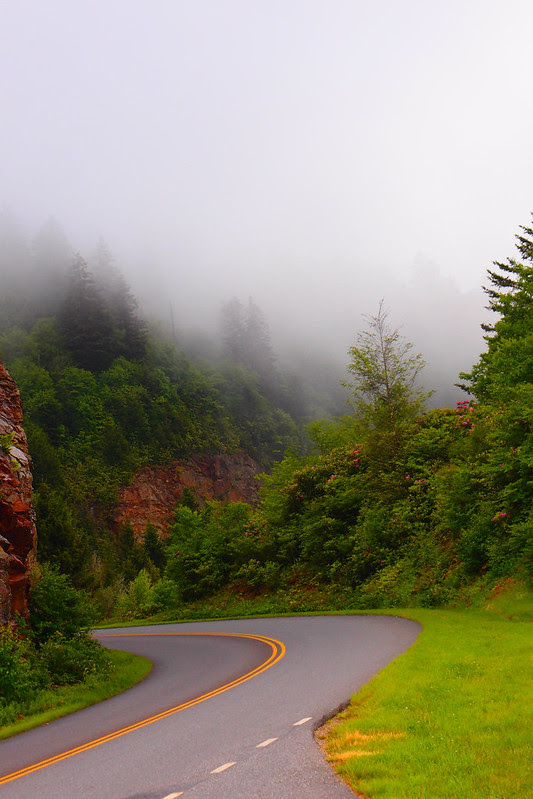 More climbing to do. 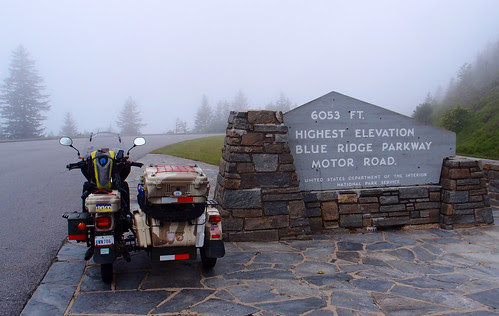 Finally we reach the high point of the BRP. At each stop Da'mit would attract the Harley riders. Riding mid week meant the roads were not crowded, plus the light rain was keeping many off the road.

For Ural riders, I would classify the Natchez Trace as a fourth gear easy relaxing ride with lots of scenery to look at. Tail of the Dragon is a second gear, watch the road, not much time to look at sights. Blue Ridge is a third gear road, not as smooth as Natchez, not as tight as Dragon, some sights to see, but today the clouds were view blocking.

Got off the BRP in Ashville, figuring we need to get to Meadows of Dan, VA faster to meet Rudy, one of the guys who is also riding the C2C50. Rudy rides a newer Ural with no windshield, a tough rider.

Set the GPS for MofD, but not sure what it was thinking, put me on lonely backroads, then Intersate, off to a backroads, back on the Interstate, another backroad. It's a motorcycle GPS, must be factory programming to find all the motorcycle friendly roads. Those back roads were nice riding, but not if you were trying to make time.

After putting on, then taking off, then putting back on the rain gear, Da'mit and I ride up Squerrel Spur road to MofD. What is there? The Blue Ridge Parkway. it would have been faster to just stay on the BRP instead of following the GPS.

Rudy had a room for us, with wifi. This is first time we have met. Talked a lot, got to know each other, went to the only cafe we could find for dinner. Think we'll travel well together. Tomorrow we ride to Yorktown to VW's house, the third Ural rider on this little adventure.

Posted with Blogsy
Posted by CCjon at 4:07 AM