Lake Tahoe was noisy as people prepared for a July 4h weekend. Riding from Lake Tahoe down into California was a long long downhill ride on US 50. Stopped for breakfast at the Silver Spoon. Their totem pole carved from a dead tree was interesting. 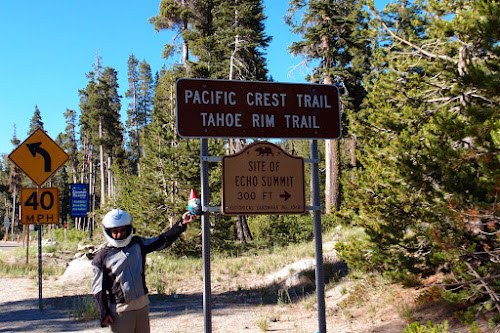 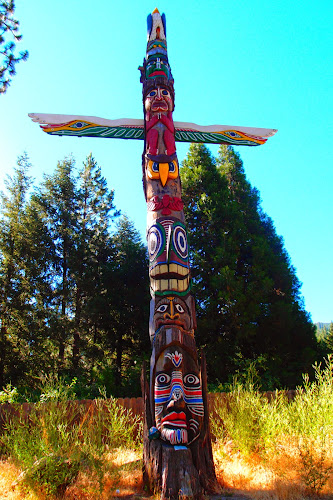 We made it to Sacramento then turned north and rode up to Roseville to visit the Ural of Sacramento dealer there. Dave wanted them to check one of his carburators he thought was sticking. They were really nice in gettiing him right in.

There we met up with IvanRider, (Dennis McAlister) from Soviet Steed fame who had agreed to escort us to the coast. David had just sold IVAN, his Ural sidecar rig the week before, so was riding his BMW R80 sidecar rig. Dennis mapped out an interesting ride to the coast that include two ferry rides and a tour through Napa Valley, then along the Sacramento River. In Bodega Bay, we met his wife Becky and grandson Leland at seafood restaurant in town for dinner. 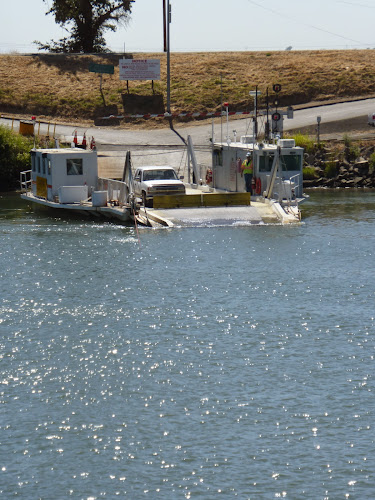 The ferry pulls itself across the river by a cable stretched between the two banks. Six vehicles is the maximum capacity. 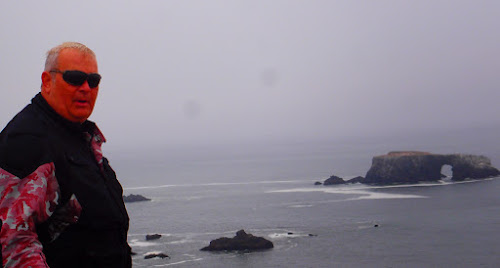 After dinner Deennis, Beecky and Leland took us to their house on the beach to spend the next couple of days resting and doing bike maintenance before we start our return trip. 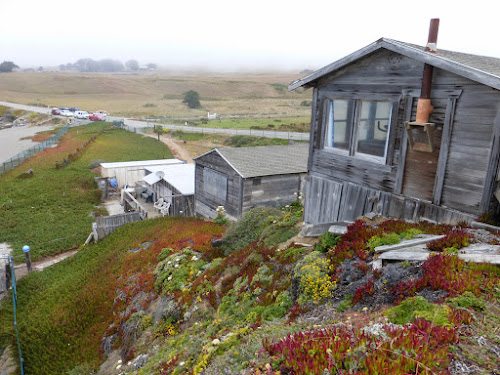 Dennis and Becky were married in 1969, came to this beachhouse his grandfather owned and never left. He is now retired from the Sheriff's department, the Army reserve and his locksmith business. Becky is retired X-Ray technician. Dennis has been riding sidecar rigs for twenty or more years. Bought one of the early Ural rigs and hs been wrenching on them since.

Over the years they have acquire several of their neighbors properties so now they have three buildings in a row on the Pacific. They can step out their door and walk beach. On a nice evening, their view is this... 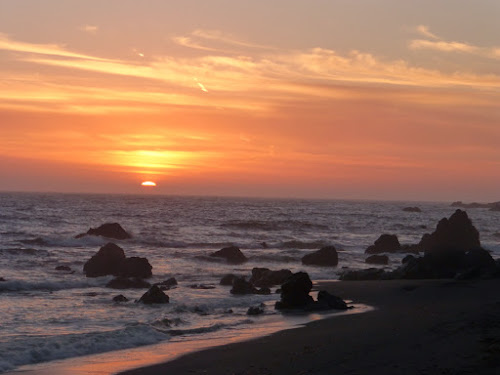 Tomorrow Dennis said he would take us for a ride around the block...

Posted with Blogsy
Posted by CCjon at 12:42 PM