Leaving Austin, NV we dropped down to a lower ekevation and hotter weather. Ride was uneventful until we reached Cold Springs, NV. Not much more than a restaurant. The owners were fastinated with our sidecar rigs so much, they opened the restaurant and cooked us up a breakfast inspite of the fact they are closed on Tuesdays and Wednesdays.

John, Jerry and Barbara bought this place with their 401k savings after the orginal building burnt down. They are from California but love the remoteness of Cold Springs. We never saw any spring so are not sure where that name came from. The truck driver who recommended this place to us was not wrong. The food was excellant, the conversation interesting. John. Jerry and Barbara are a cast of characters who love to chew the fat. 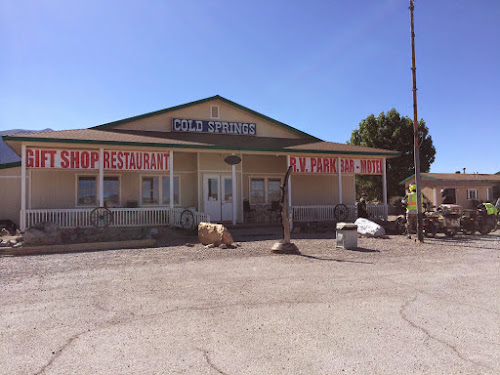 Further down the road is Middlegate Statiom, which was an old stagecoach and pony express stop back in the 1800's. 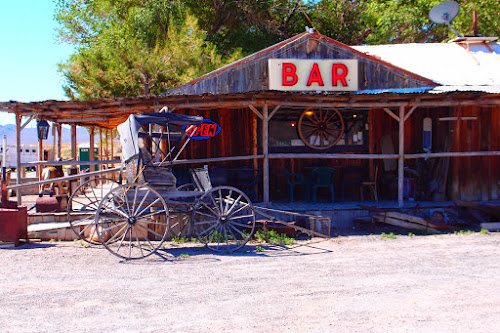 Met one of my old friends there, still shooting the bad guys and rescuing the ladies. 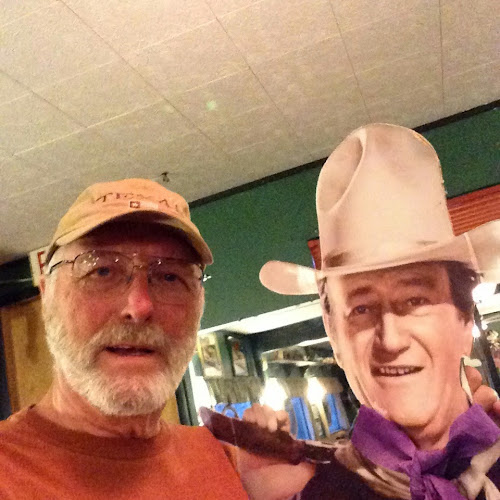 I thought he was taller. Must have been the hat. Visit Middlegate and say Hi to John. 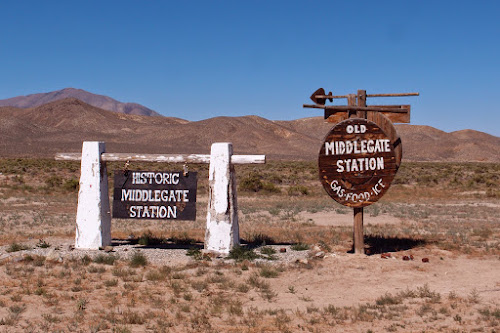 Visited Sand Mountain, a strange pile of light colored sand in the middle of the desert. They claim this was an old sea bed and the sand blew in from several miles away, piling up here. They also claim Sand Mountain is slowly moving northeast as the wind moves each grain little by little. 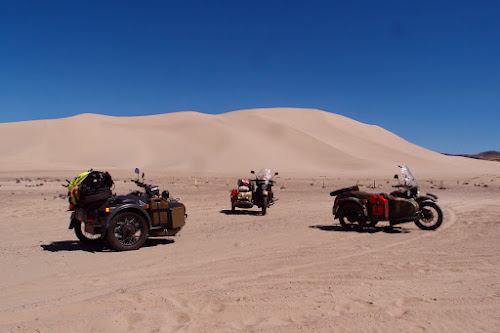 Arriving in Fallon, NV, I bought some DOT 4 brake fluid so I could bleed the front brake and remove the air bubble that is causing the loss of hard braking. Found a shade tree to work under, bled the brake. All is working fne now. 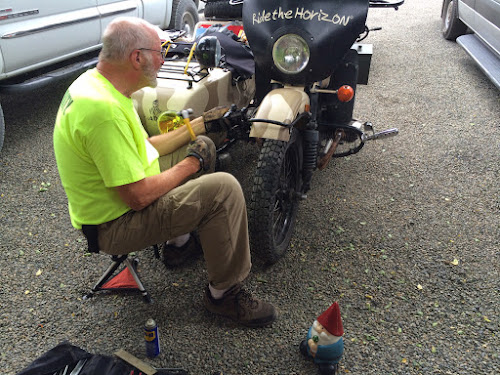 Try to kick Chuck away as I worked on the brakes. My camp stool is perfect when working on Da'mit, but Chuck is bad luck.

Riding from Fallon to Carson City and then up the South Lake Tahoe, we fought the wind and the 100 degree plus heat for miles and miles until we reached a higher elevation and cooler temps. Tonight we are in South Lake Tahoe, on the California side.

Posted with Blogsy
Posted by CCjon at 12:52 AM