Today Dennis took us for a ride up Highway 1, the famous California coastal highway, to Fort Ross where he had worked as a Park Ranger in the early 1970's. Before California was a state, it was divided north and south between the Russians and the Mexicans, with the Russian River being the dividing line/border. Fort Ross was a Russian built fort and settlement on the central coast. Since I had visited Sitka, the old Russian capital in Alaska,was surprised to learn that the Alaska natives heped the Russians settle as far south as central California. They were pursuing the seal fur trade along the Californian coast. As the seal population slowly dissipated, they turned to farming and timber. Eventually they sold the fort to John Sutter in 1841. John Sutter from the Sutter Mill gold find fame. Later Sutter sold the fort and surrounding farm land to George Call from Ohio. 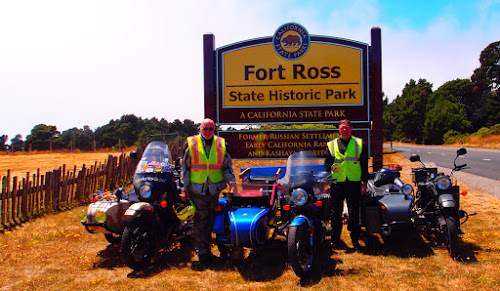 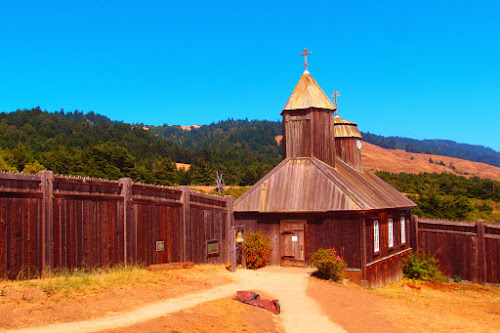 The original fort chapel. All of the roof are tongue and groove siding laid length wise allowing rain water to roll down and off. No shingles or small overlapping boards. Redwood and cedar timber was plentiful and cheap. Both woods are insect and water resistant.
Dennis told us the original Route 1 went right through the middle of the fort when he worked there. Since then Route 1 has been rerouted and several building inside the fort restored after a fire. 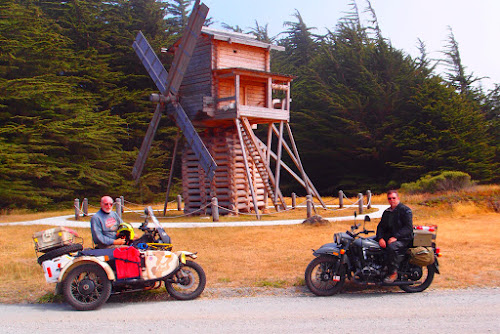 A replica of the original windmill was recently constructed at the fort.
Returning to the house on the bay, it was foggy and damp. Slowly the fog lifted and we were treated to a spectacular sunset. Here we watch as the sun disappears. 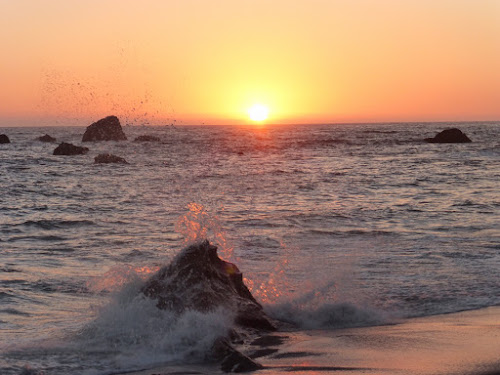 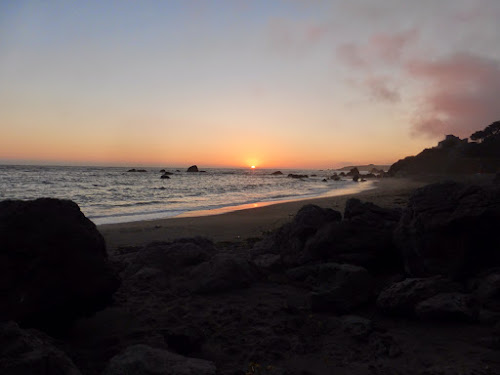 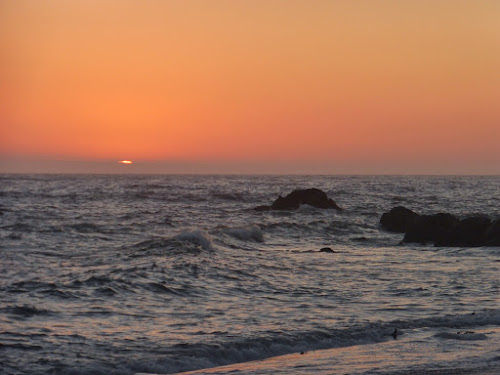 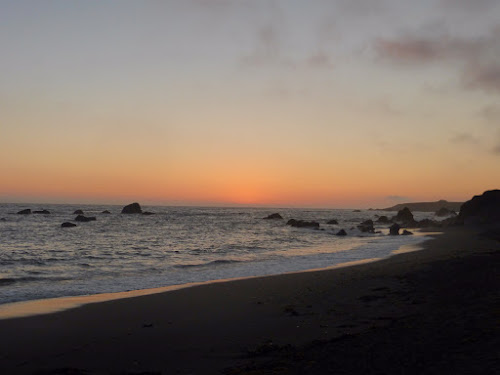 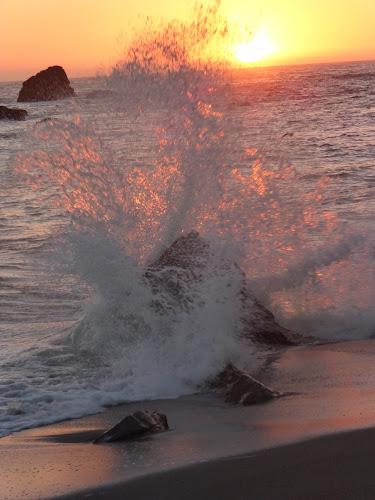 This is my favorite shot of the day.
Nite Da'mit

Posted with Blogsy
Posted by CCjon at 2:07 PM