Sunrise in Utah, Sunset in Nevada

We decided to start our riding earlier due to the heat out west. Was over 100 degrees yesterday afternoon in Gunnison, CO. We were wilting in the sun. Expecting hotter days in Utah and Nevada. Our multiple alarms went off at 4:15 am, in the saddle and riding by 5. Temps were a cool 60 degrees and dry. 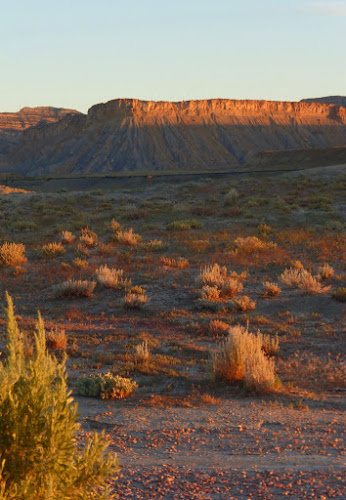 We were concerned that Interstate 70/US 50 would be crowded and speedy from Grand Junction, CO to Salina, UT. We were wrong. Traffic was very light with broad lanes and shoulders. Of course, we had to stop and snap photos every 30 miles, it seems. The scenery is spectacular in eastern Utah. 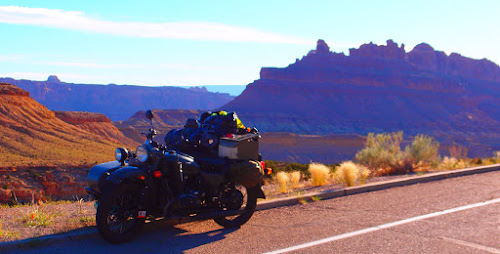 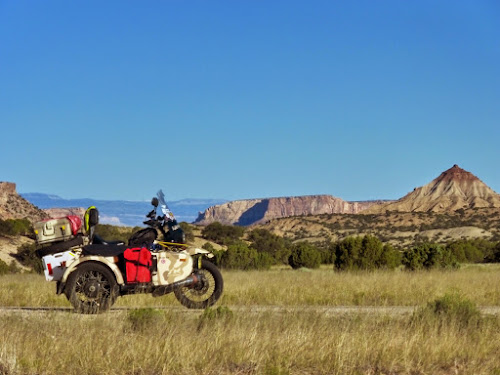 By the time we arrived in Delta, the landscape had changed to flat scrub brush with distant mountains. After a quick strawberry - banana smoothie at McDonalds, we left for Ely, Nevada, only 155 miles away across a dry desert. 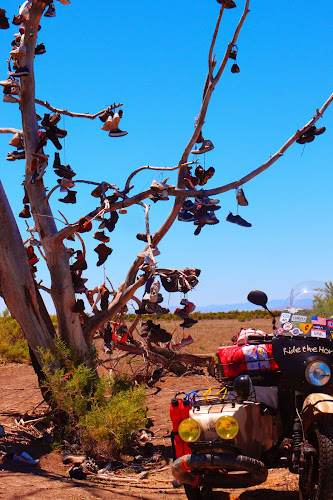 But first a stop in Hinkley, Utah at the Shoe Tree. Shortly therafter Rudy experienced a loss of power. Pulling over, he found the sidecar tire had gone flat. Have to mount the spare along a desert road iin the heat. 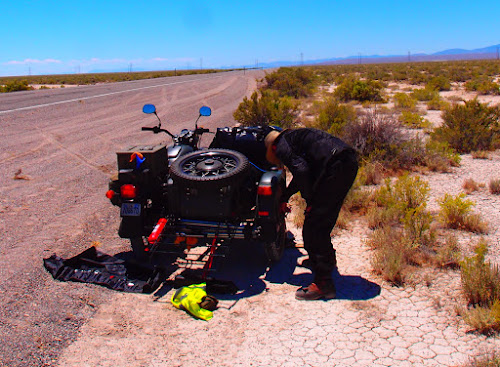 Considered leaving him here to fend for himself, but after taking into consideration the final fate of some four legged critters here, we helped get Rudy rolling again. 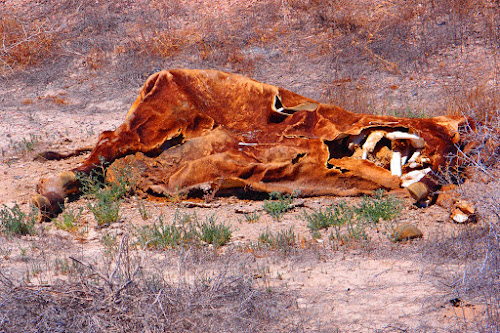 In the middle of desert nowhere, is the Nevada - Utah border. 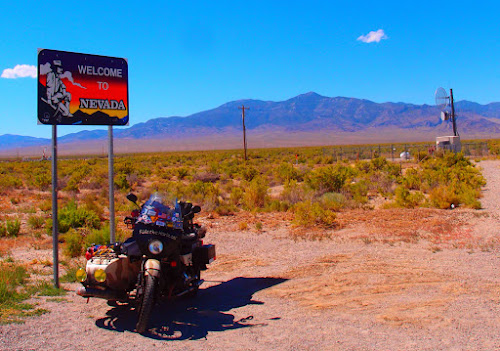 And more desert riding before we ended the day in Ely, NV, riding 430 miles in all today.

Posted with Blogsy
Posted by CCjon at 8:01 AM