The last 24 hours in Rome were mostly taking night photos, visiting the Vatican and taking more night photos.  You ask why? The popular tourist spots are packed with people, kids, strollers, food wrappings, cofffee cups, etc. during the day.  Often making it impossible to get any kind of decent photo.
But then night photography seems to lend itself to B&W photography.
Looking over Via Veneto, Rome
Princess kisses her lover 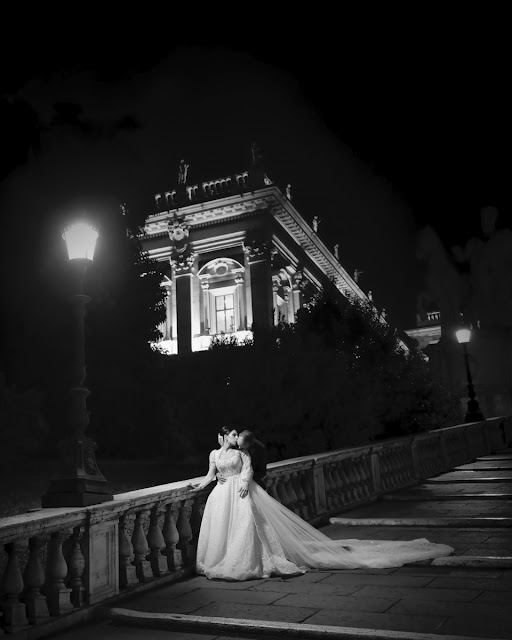 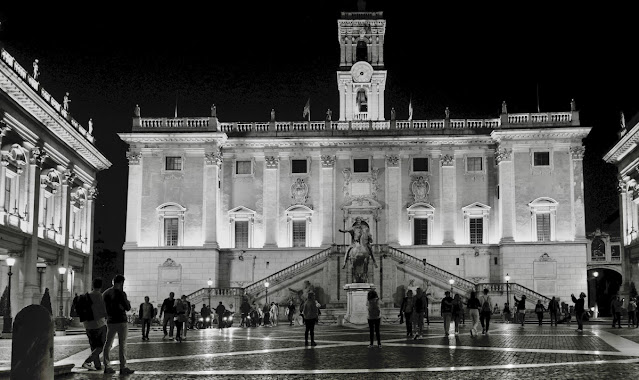 Steps leading down to Tiber riverwalk.
Who doesn't want to walk along a river bank at 4 AM? 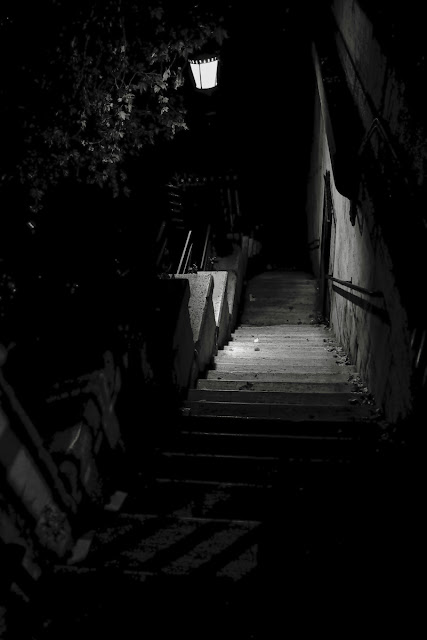 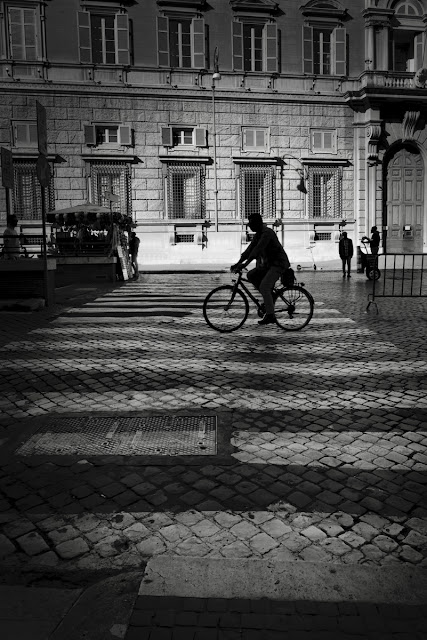 Walking faster than us to the Vatican, late to Mass? 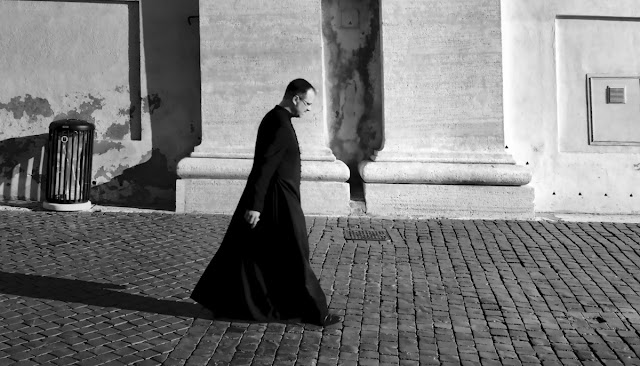 Finally daylight, Vatican St. Peter's Square,
before the crowds arrive. We had very short lines to enter this early.
In St Peter's Basilica, Michelangelo's famous Pietà statue, now behind protective plexiglass. It was smashed by a Hungarian, Laszio Toth, in 1972 with a hammer.
The minor damage was repaired, but is now better protected. 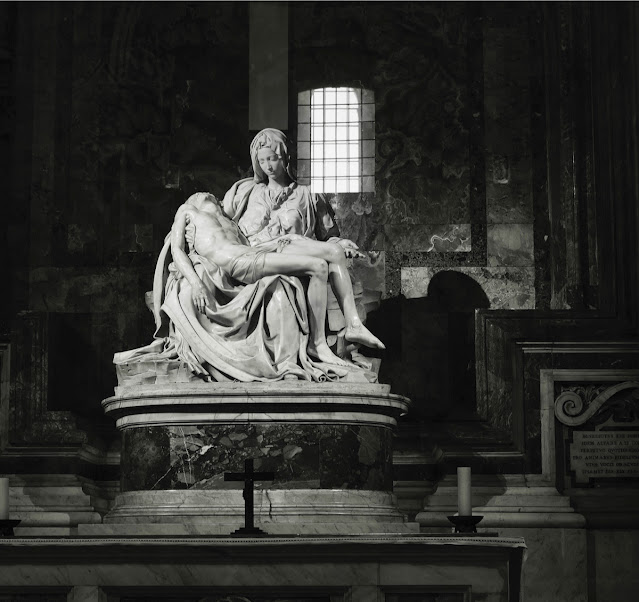 Spiral staircase inside the Vatican Museum 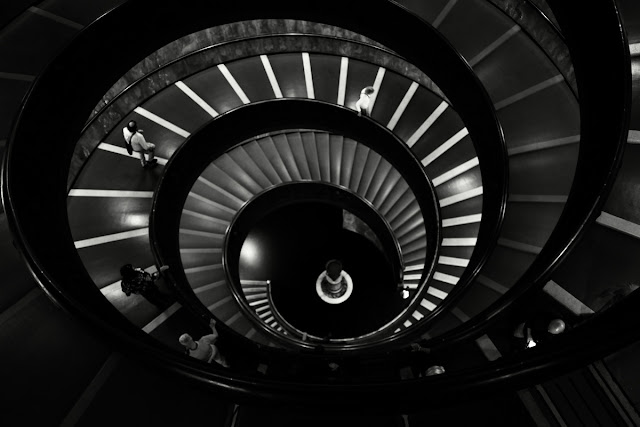 Last night was dinner in the Vatican, sorry, no photos.
Bridge over the Tiber River to Saint Angelo's Castle, now a museum 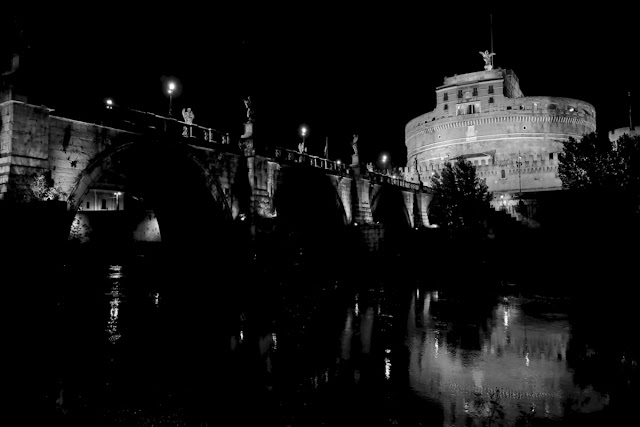 Avoiding the tourist crowds, we visited the famous Trevi Fountain at four AM.
Even at that hour, there were two other couples and a photographer there with the same idea.
No coins were tossed, only had a credit card. 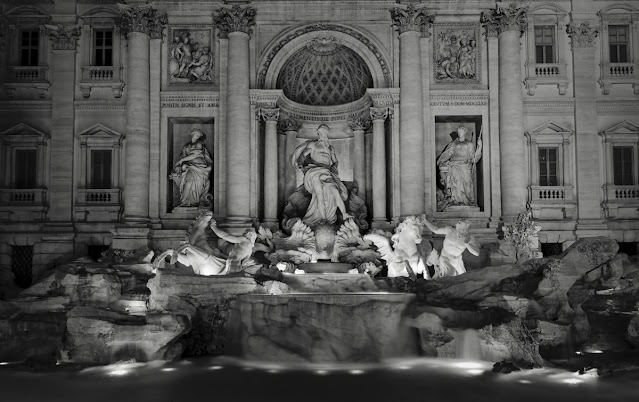 Then we walked the ancient pilgrim's way, Via dei Coronari.
This hour of the night is safer for strolling strange narrow streets and ancient alleyways than in daytime.
Don't get lost though. 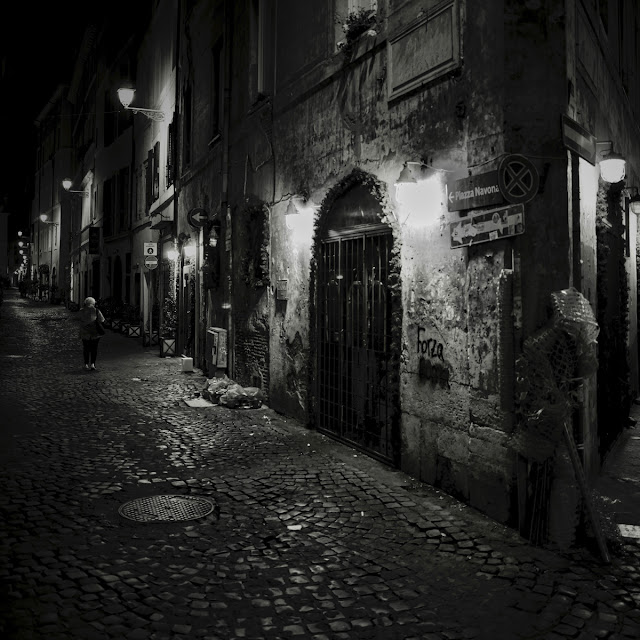 There are magnificent churches, statues and fountains around every corner in city centre Rome.
Where else to lock up one's bicycle for the night? 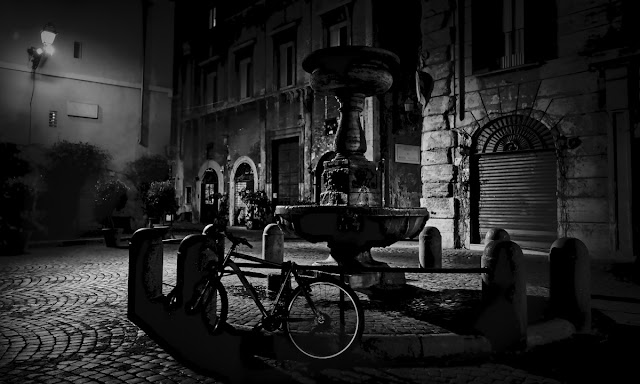 We finished the walk in Piazza Navona.
Spotted an open coffee bar for a cup before heading back to the hotel.
That tiny hole-in-the-wall cafe had the lightest, most delicate croissant we had ever had.
Delicioso. 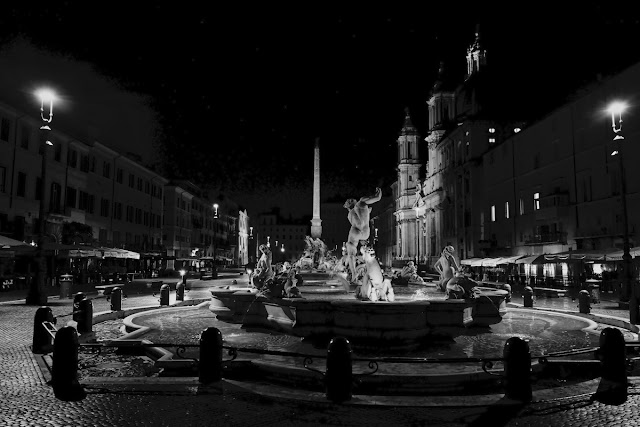 This wraps up our time in Rome. Tomorrow we go to Florence for a few days.
Hope you are riding safe
Nite all.
CCjon
Posted by CCjon at 4:58 PM