February in Baja - Crossed at Tecate

While Texas was under a winter cold blast, I headed down to Cabo San Lucas with a group of riders with MotoQuest, an Alaska/California based motorcycle tour company. Amparo liked the idea of my traveling with a support group, I was okay with that too as it removes any stress with where to spend the night, what to do if the rig breaks down in the middle of the Mexican desert, etc., etc... 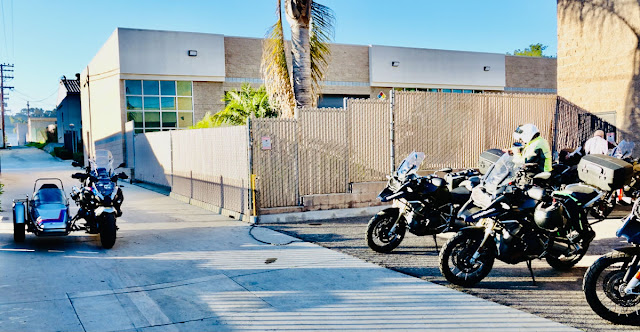 Looking back at the Pacific Ocean as we leave the Los Angeles basin early Sunday morning.

Our first night was in Julian, California, a town of great pies and chilly mornings. 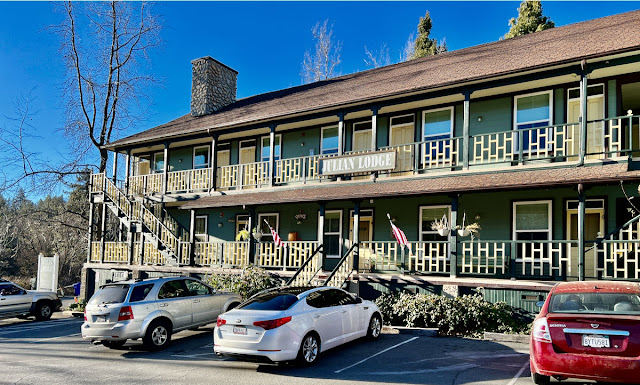 Second day we crossed into Mexico at Tecate, a small border crossing.
Fuel can be an issue in Mexico so we filled up when possible. 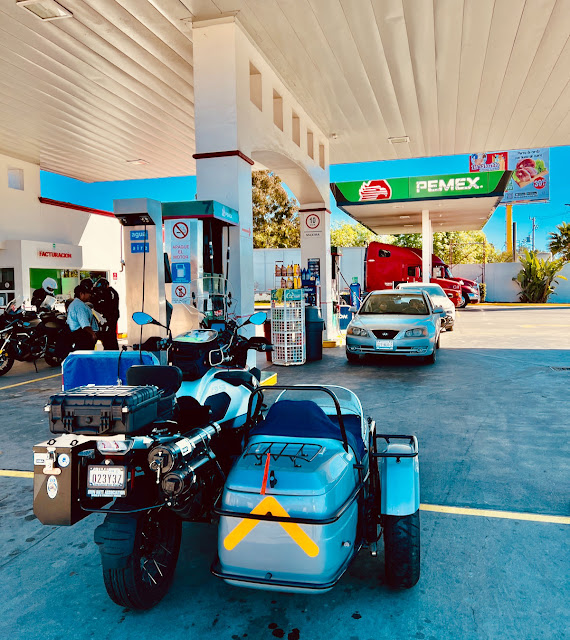 And if you forget to get gas at the last PEMEX station, there are roadside vendors at strategic crossroads waiting to sell you a few gallons. 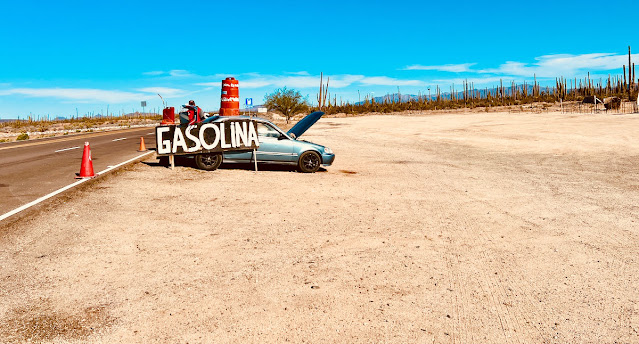 After having lunch in Ensenada, we crossed the mountains to the Sea of Cortez side,
spending our first night in Mexico in San Felipe.
San Felipe is an active, vibrant community of the water.  People, restaurants, bars and modest motels here. 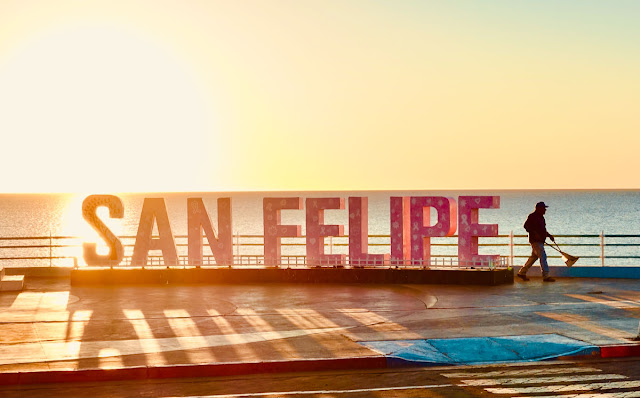 Leaving San Felipe,  we followed the coast south along
the Sea of Cortez,  also known as Gulf of California.

Part of the group gather for a photo stop 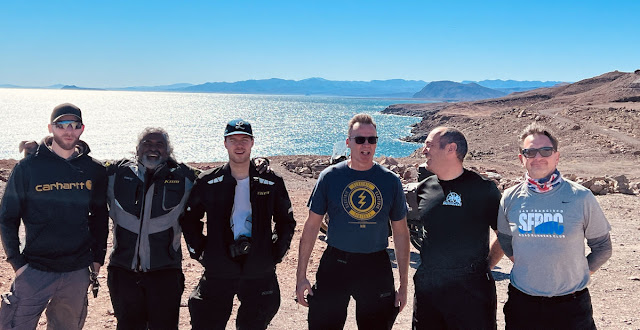 stopping for lunch in Alfasino. Great seafood tacos, the best so far.
Was low tide so the fisherman who overslept will have to wait until the next high tide.

Our third night was in Bahia de Los Angeles,
still on the Sea of Cortez, a very small sleepy fishing town. The total opposite of San Felipe.
Here you had to look to find anyone or an open business, feels deserted.
The next day we crossed back over the mountains to the Pacific side, having lunch in Guerrrero Negro before proceeding south thru the desert to San Ignacio where we will spend two nights.
What you will not see posted here are photos of the border crossing nor the military check points we encountered. Photos are prohibited. No problems, many young soldiers just curious about the sidecar.
Seeking whatever shade can be found to rest a minute in the desert. 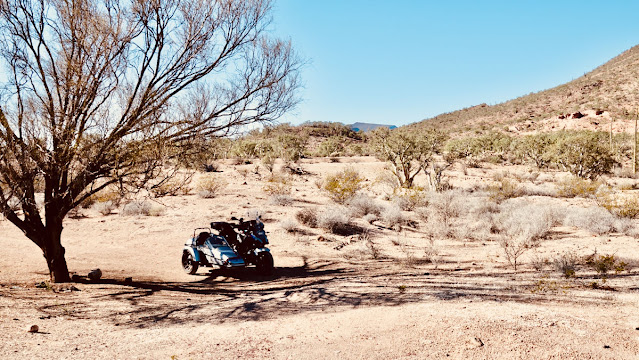 San Ignacio is a small village, but is near the whale wintering grounds
(can you call a whale nursery bay grounds?)
Where we will have dinner tonight, Rancho Grande on the town plaza.
You can see in the photo how warm it is here. Am glad we are here in February and not in August. 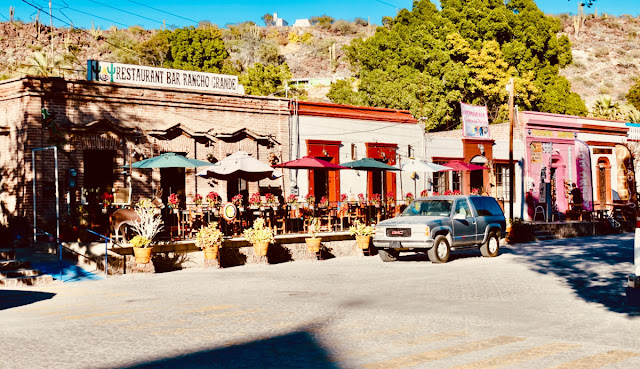 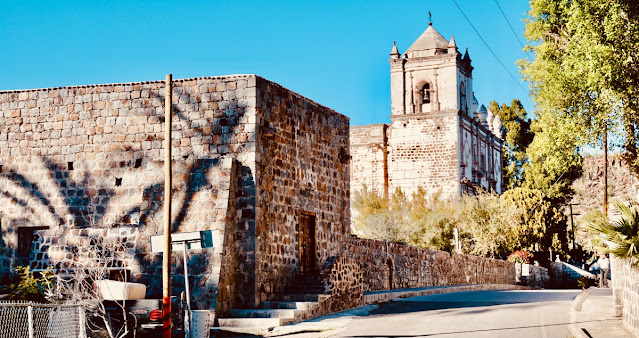 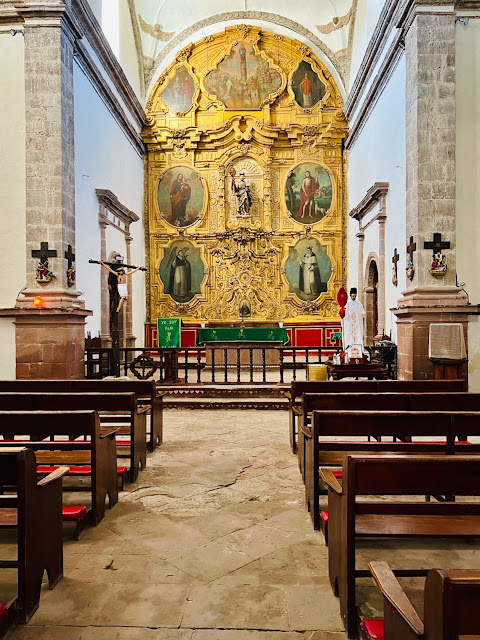 Riding a motorcycle and talking on your cell phone at the same time is quite a feat. 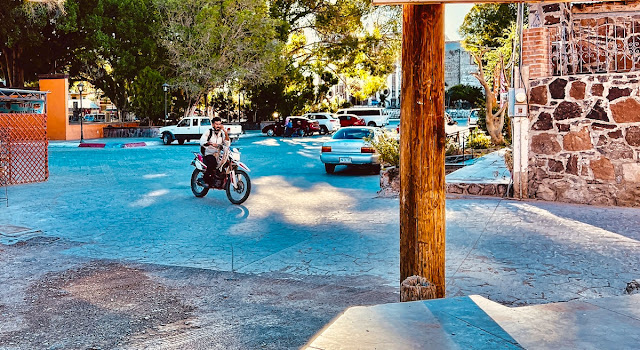 A side street in San Ignacio 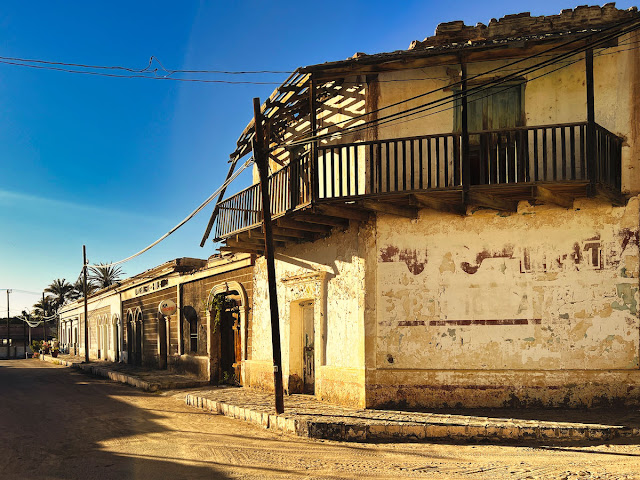 And a final black & white shot in San Ignacio to complete this posting. 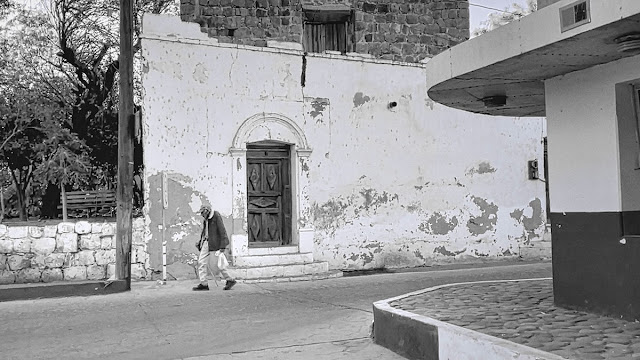