The sunset over the Sea of Cortez in La Paz was spectacular.

Next day we stopped at the Tropic of Cancer milepost for a group photo opportunity. Eight riders, plus our guide Fernando and our support driver Brad. 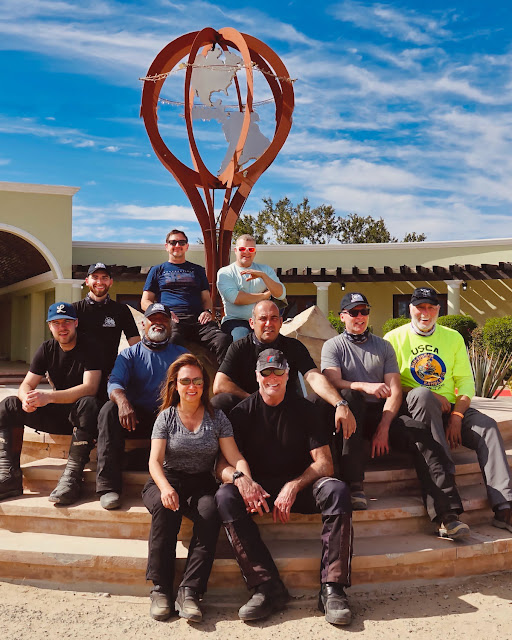 The required wide angle shot of bikes and riders?

We detoured into El Triunfo, a small village that is re-invetnting itself as a weekend destination spot. Older buildings are being renovated and restored. 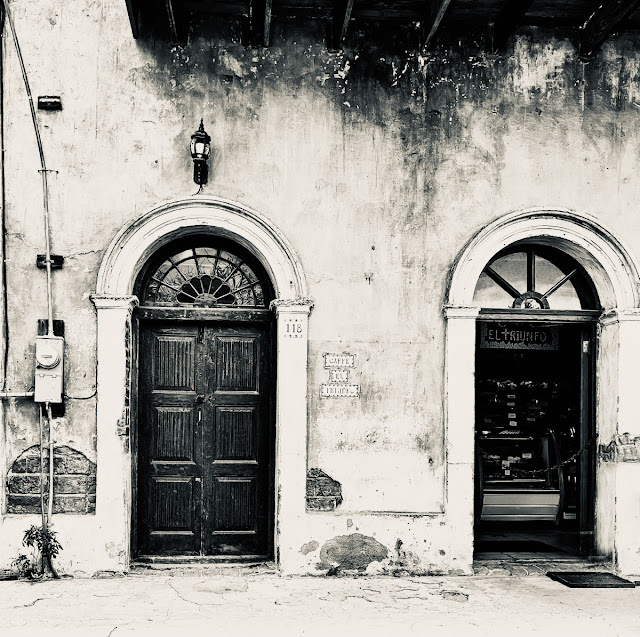 The grandparents are setting up their roadside queso and chorizo stand for the weekend travelers
(cheese and sausage). 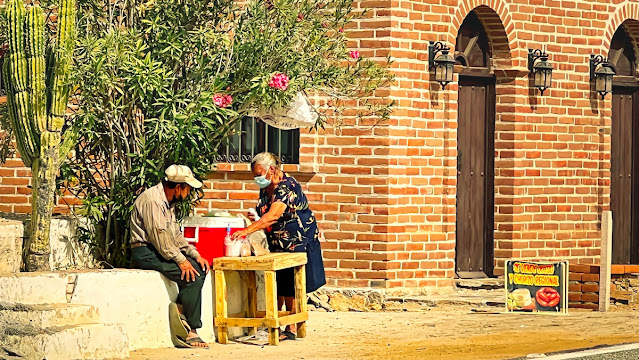 PAX, this small building, though renovated, was being used as a storeroom by the restaurant
across the street. 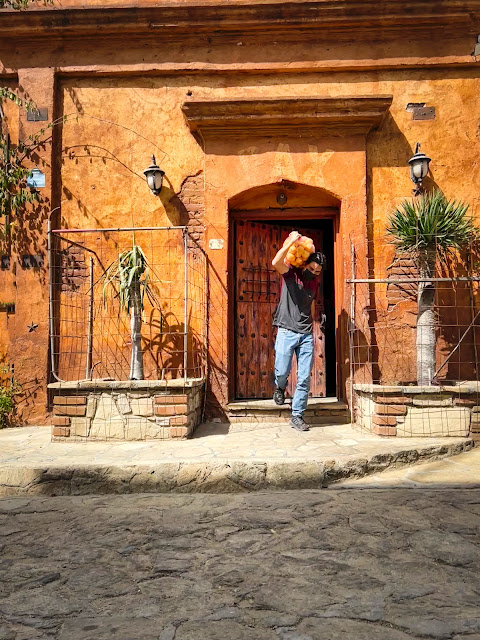 A cobblestone sidestreet in El Triunfo.
Years ago, El Triunfo was a small gold mining community.
When the gold played out, most of the people left. 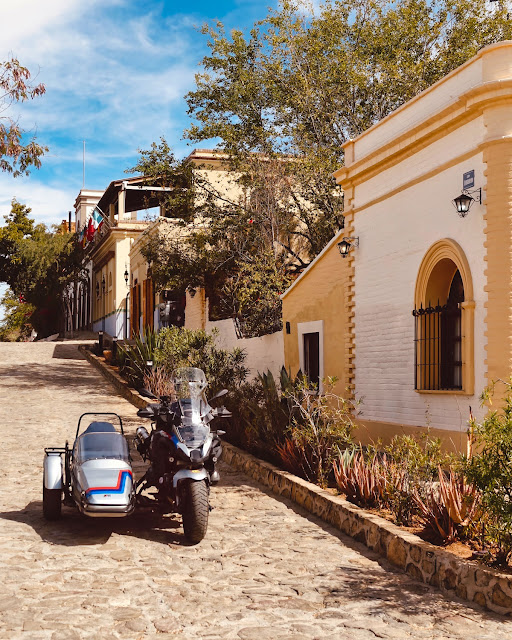 Our final destination, Posada Real Hotel & Resort in San Jose del Cabo, on the southern tip of Baja California Sur. Cabo San Lucas is a little further south and west, much larger and more crowded that San Jose.
The main road between San Jose and Cabo is being developed at a rapid rate. Saw several large resort properties, hotels and condos being built.
Spending your winters in Baja and summers back north has an appeal to a lot of folks. The same appeal Florida, Arizona, and south Texas have. Very comfortable in the winter months and too darn hot in the summer. 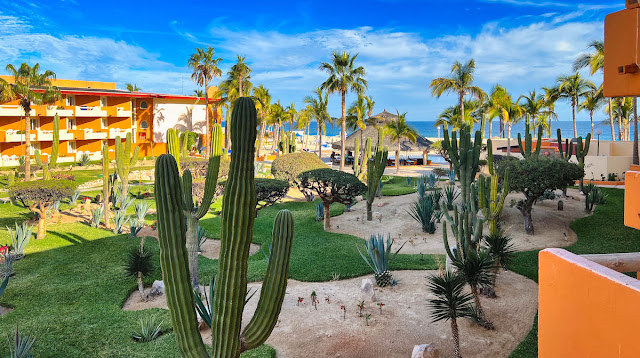 Our group safely arrived in San Jose del Cabo. Fernando, our MotoQuest guide and Brad our support vehicle driver made sure when we started with eight riders, eight arrived. A very successful ride, no accidents, no incidents, very relaxing and peaceful. Though we did eat our way south, stuffing ourselves with fresh fish and shrimp tacos at every meal. After which was followed by long discourses on which establishment had the better tacos.
By tours end, the improvement in everyone's riding skills was evident. We all learned to read Mexican driver's intentions by how they and the vehicle were moving.
Everyone in the group learned a few new Spanish words, learned when to use it and how to pronounce it.
In all, was a great group of riders with a common interest in learning more about Mexico and Baja besides riding two or three wheels.
This wrangler is trying to convince people it is easier to ride horseback on the sand than walk on it.
He might be right as soft sand is not easy walking. 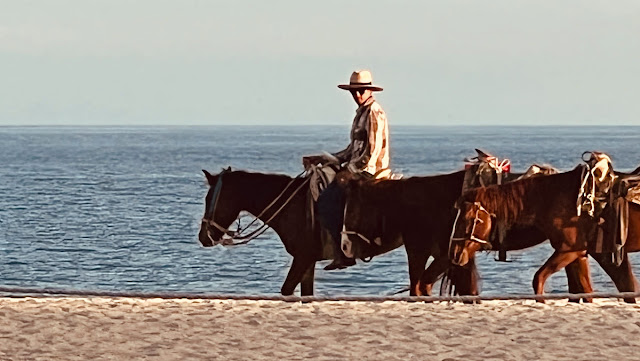 Will be here in San Jose and Todos Santos for a few days relaxing
before starting back north with a new group of friends.
CCjon
Posted by CCjon at 4:57 PM