Returned for a third try at night sky photography. With any luck, maybe getting a shooting star photo.  This time went out at 1:30 and stayed until 4 am.
Jerry correctly identified the bright spot as the planet Jupiter with Saturn hovering over its shoulder. Is amazing how bright they both are. Clouds were drifting across the sky blocking portions then opening up new lights all night long. 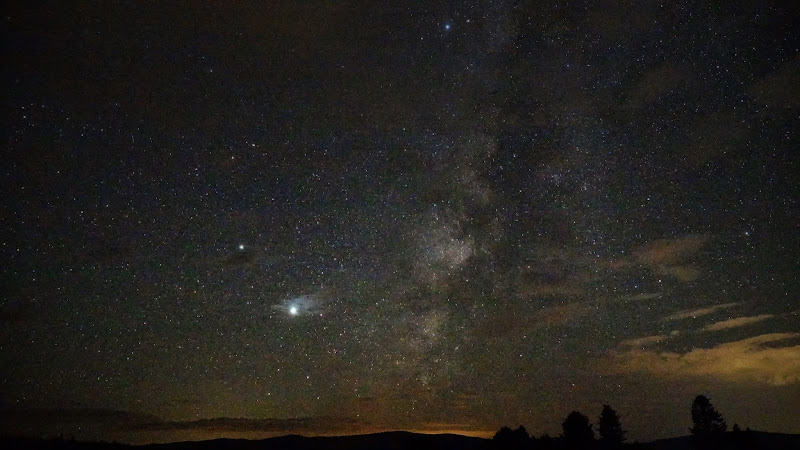 Could not see anything in the darkness around me, suddenly a bark on my left was answered by another bark on my right. Then down front a high pitched snort followed by a meow behind me. A herd of elk had stumbled on to my location in the dark. They can see quite well in this pitch black.  But they were not happy this strange creator was standing in their feeding path. Finally they moved on in the night. My heart rate slowly returned to normal and I continued shooting.
Around three thirty the event I was seeking happened. The only shot in the hundreds of photos taken over the last three nights was finally in the camera. A shooting star, or meteorite.
Was not skill but persistence to get the shot I wanted. 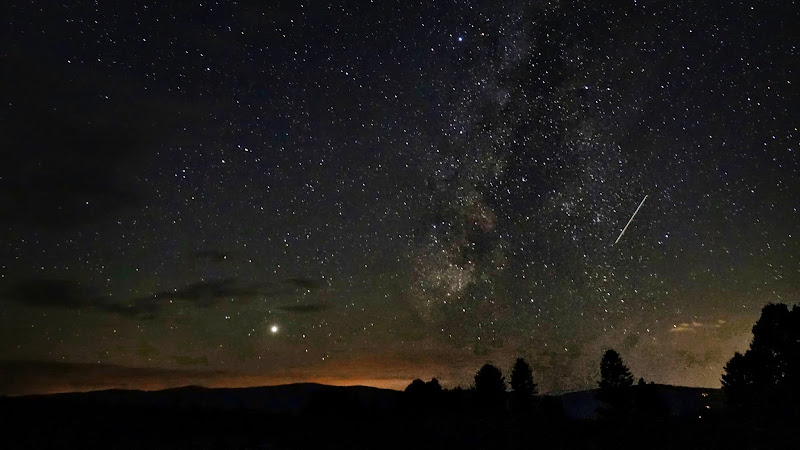 A small cloud drifted in to obscured Saturn from view, but Jupiter is as bright as ever and the milky way stood tall.
It's four am, 45 degrees, I'm cold, tired. Time to get some sleep.
Stay safe and healthy ya'll.
CCjon
Posted by CCjon at 1:25 AM