In preparing for a forty-eight state ride in ten days, all the various possibilities, both positive and negative (mostly negative, though) are considered and addressed. The "What if's" are played out over and over in the mind and in discussions with other long distance riders.  Once the clock is started with your first gas receipt, any and all problems or issues must be resolved and the ride continues. In the planning, the multitude of variables are addressed. If anything happens, from a flat tire to a sunburn to a lost receipt, one has a plan to remedy the problem and keep riding. Your sole objective is to reach your destination within the allotted time.

On the 48-10 Ride, one must obtain a gas receipt from each of the 48 states within a ten day period. The route, the starting state and the ending state are left up to you. That is why several years of burning the midnight oil went into planning and preparing for this ride. Which roads to avoid, what times of the day to avoid in which cities, is there an alternative faster route? Sometime the shortest route is not the fastest. Where to get service if needed, which exit to take for the next gas stop and is there easy re-entry onto the freeway after that stop? These and many more details are addressed, anticipated and planned for. All in trying to not only shorten the time and distance to ride, but also to reduce the stress during the ride.

The weather is part of the ride that no one controls. No matter what the weather is, the ride goes on. The best one can do is have the appropriate riding gear for any situation, from thunderstorms with torrents of rains to desert heat to frigid cold.

By Day Five, the East coast states were tagged. 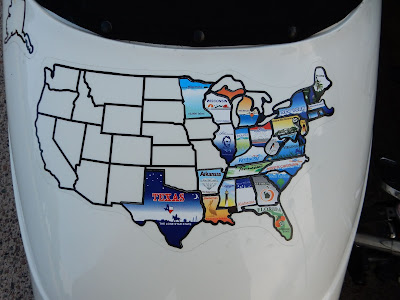 Nutrition on the road can be less than the best. But when hungry, warmed over gas station pizza is better than.... than....   hmmmm... not sure what. 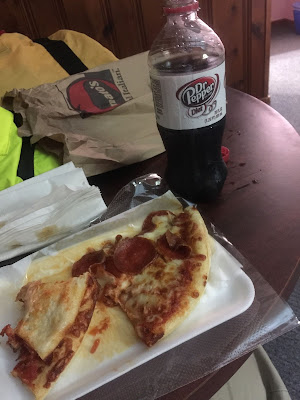 Unless you can find a Subway, then the six inch Veggie Delight on whole wheat with baked chips and iced tea is fine roadie dining. 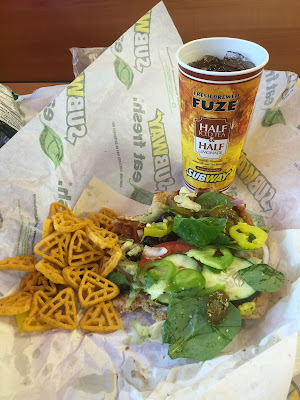 Motel 6 is upgrading their rooms for the traveler. Sheets are still thin, but the rates are good and the room clean. 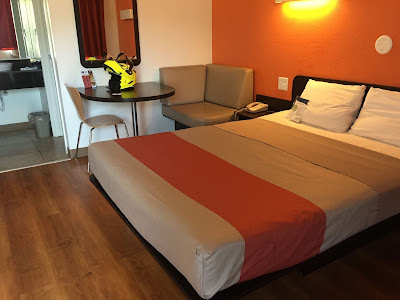 Little time for photos on this ride, but this old neglected steam paddle boat along the Mississippi caught my eye. 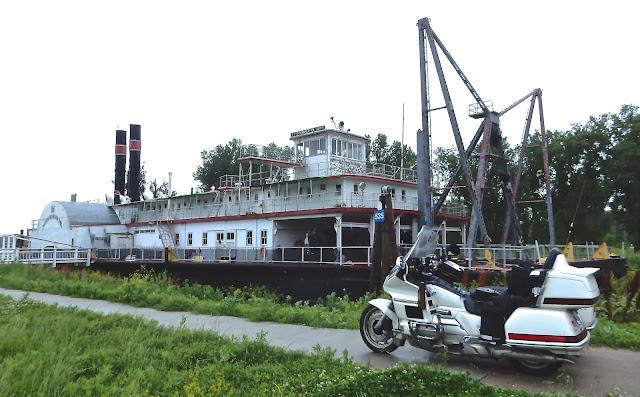 Mi amigo in Rhode Island, or as Tony calls it, Little Rhodie, met me with all the goodies to do a roadside oil change.  Tony and I are planning a longer ride together next winter in South America, more on that later. Thanks Tony. 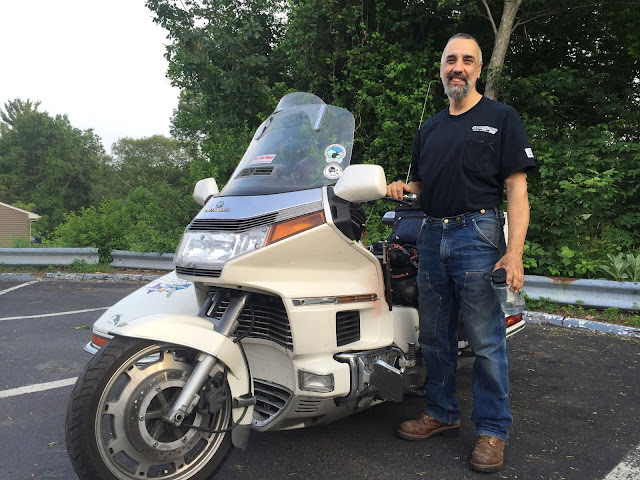 As we sped across New England, the traffic on a Friday afternoon was less than speedy. 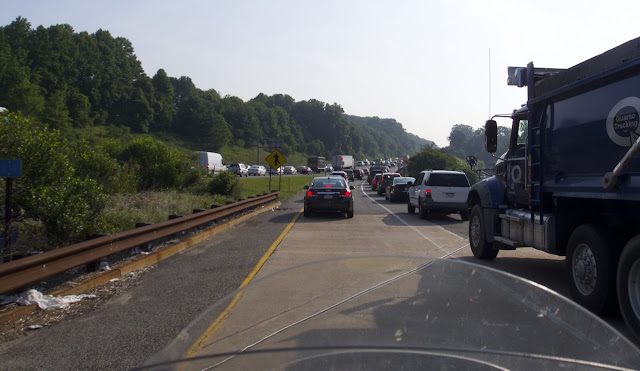 Turnpike Service Centers with their pricy gas can be nice and clean, some even attractive. 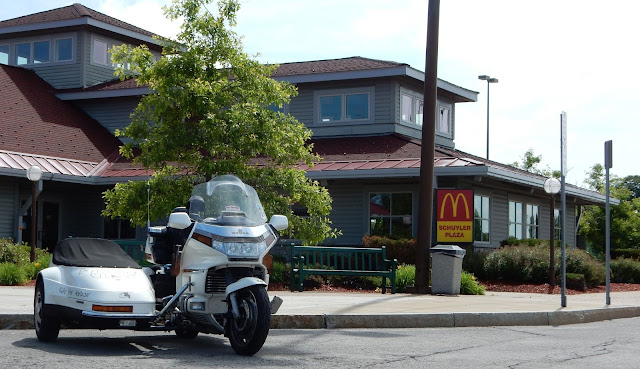 Day Seven with just the western states to go.
Little did I know that the eighth day would be the hottest and the coldest of the ride. From temps in the forties at 3 am near Flagstaff to over 110 degrees in the desert north of Las Vegas. 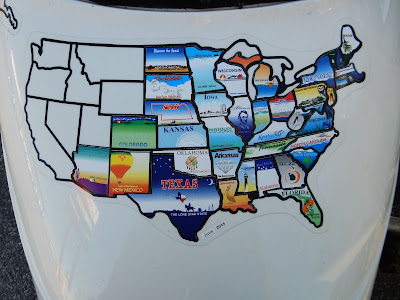 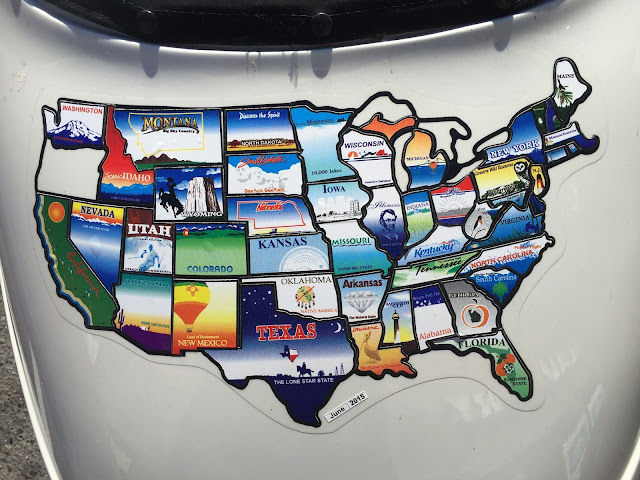 Pulling into the final gas stop in Umatilla, Oregon. 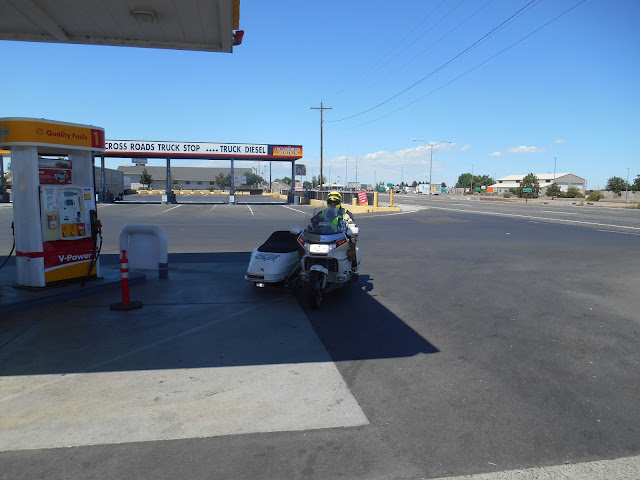 Keith, a sidecar riding friend who I met in Alaska several years back, greeted our arrival and was our final witness to document the ride. 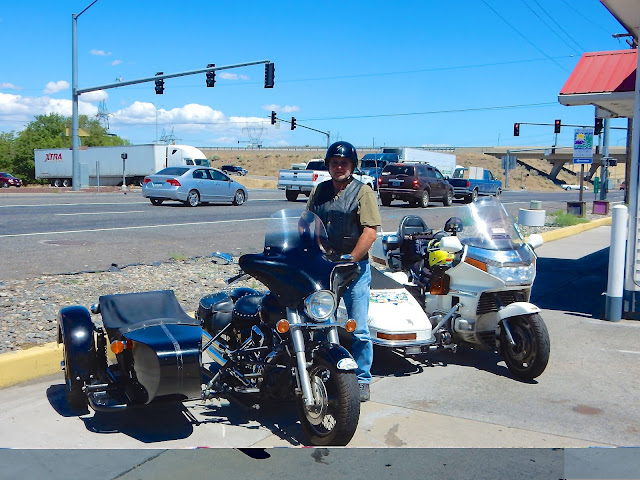 With the Oregon sticker, the ride is over. The map completed. 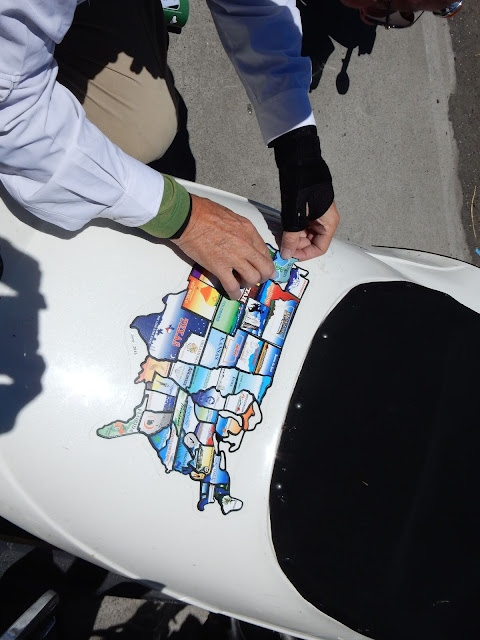 Nine days and eleven hours after we left southeast Arkansas, all forty-eight states are tagged. No mechanical issues, no health issues. A few minor hurdles to overcome, but nothing to prevent us from reaching our goal. All of the late night planning paid off as ride unfolded. 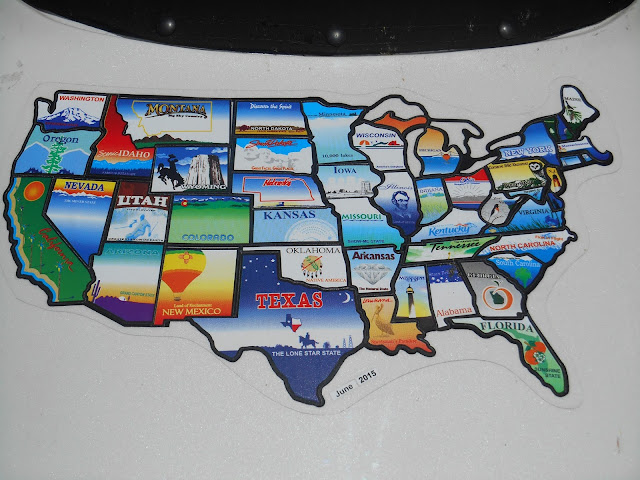 To celebrate,  a coffee with a sweet roll. 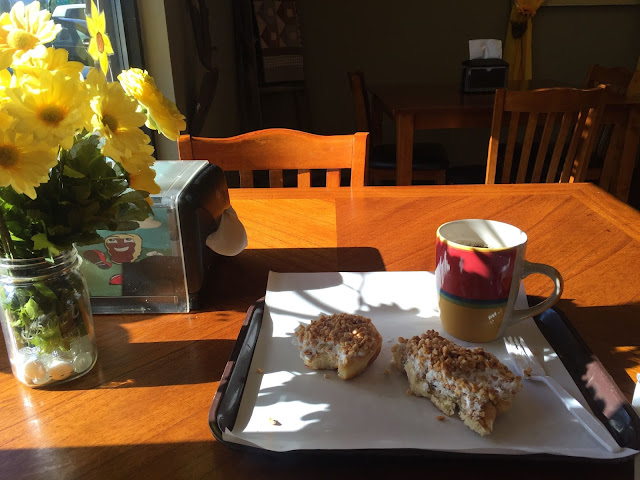 We'll rest for a few days in Oregon before heading back to Texas, at a much slower pace.