Today rode from Parker, AZ on the California border to Globe, AZ, only 250 miles. GPS said it should take about four hours. Six hours later I finally arrived in Globe. The last hour was great twisting mountain two lane road.

Decided to get off the road early though. The stress of riding through Phoenix on a beautiful Saturday when everybody was out and about was a bit much. Posted speed was 65, everybody was doing 75 +, and the highway patrol parked roadside did not seem to mind.

The two previous nights I had to stop at several motels before finding a room. There was enough stress getting through Phoenix without having to worry about where I was sleeping tonight.  By getting off the road before 3 pm on a Saturday night assured me of getting a decent room.

There was a comment made about how easy it is to fly the EZS chair because they are so light. This rig has given no indication that the chair wants to fly. I tried to fly it several times but to no avail.
David the PO said he put 70# of lead shot over the sidecar axle. Plus the added box of OEM goods he gave me, plus my gear, plus a small ice chest to keep the water cold... there is enough weight to hold the chair on the road in the twists.

One of the reasons the sidecar is so securely mounted to the bike is the rear upper strut is bolted through the top section of the main frame (red circle) and not attached to the rear subframe like so many other builders do. The bike's lighter rear subframe is held on by a smaller diameter bolt (green arrow). 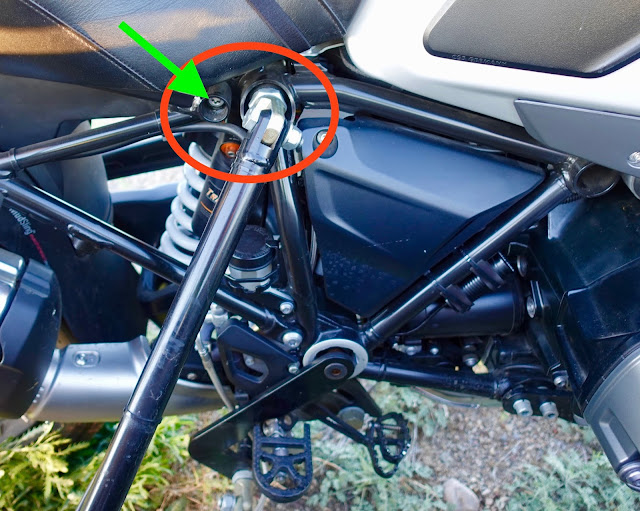 The lower sub frame is mounted in several spots tying the frame pieces to each other and to the bike. 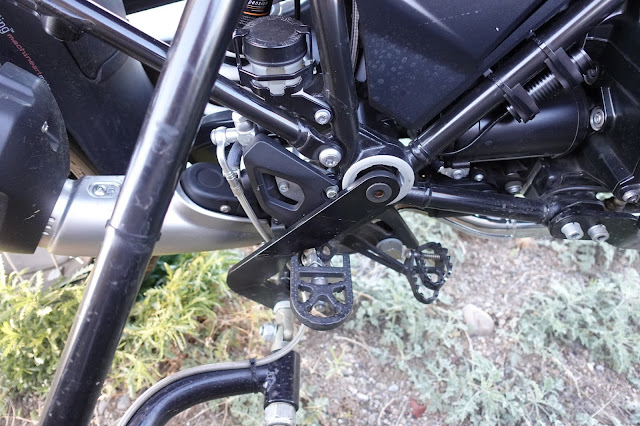 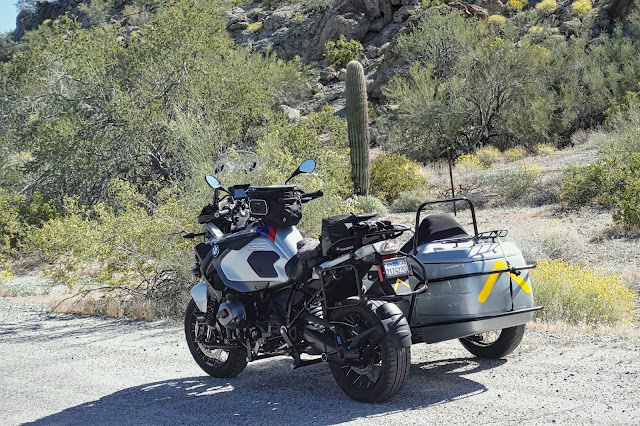 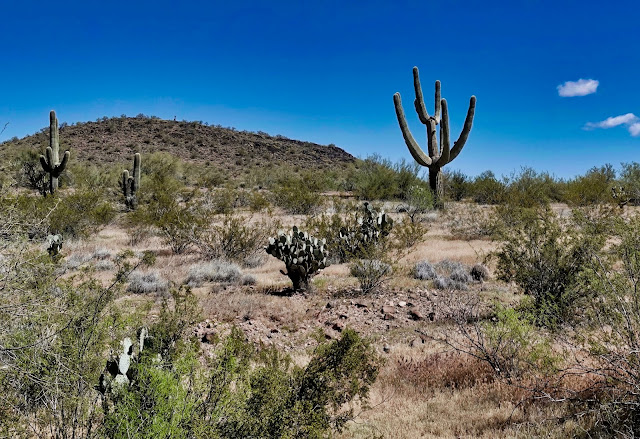 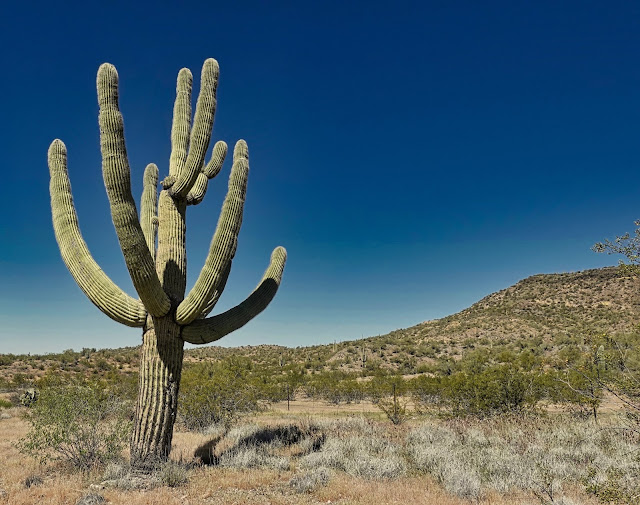 Taking a tip from my friend Dom in Colorado, went looking for a good spot to catch the sunset in Globe. The directions from the hotel manager proved mis-leading, but found the Copper Rim School high on a ridge just as the sun was dipping below the horizon. 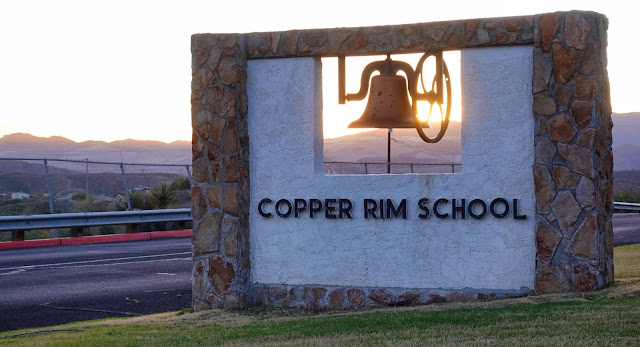 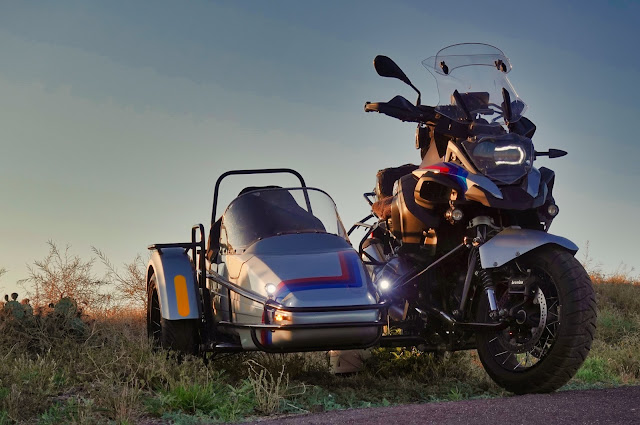 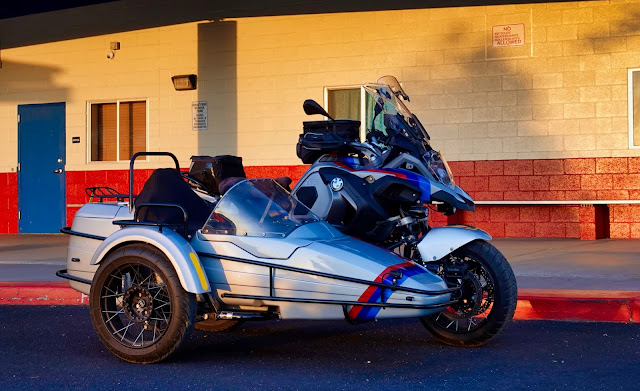 Ride safe and far, my friends,