From the fly-n-ride in bringing Big Ez back home to Texas,  determined this rig needs a few modifications. Specifically a place to stretch and rest both legs on long distance rides.

Between the bike and the sidecar was an easy fix as had made this particular mod on other rigs. Cut two long aluminum angle bars, pop rivet them together to create a flat ledge. Cut out a notch on either end so it lays flat on top of the subframe bars. Attach it using U-bolts. Adding non-skid tape on the top surface helps with a better foot grip. 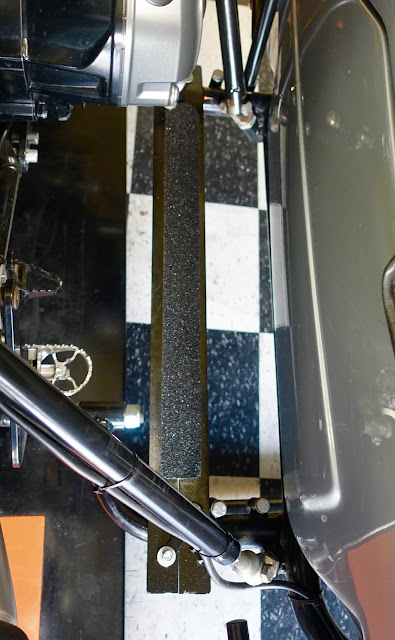 Adding a foot rest on the left side in front of the gear shift lever was a little more tricky. The final solution was so obvious, but only after my first attempt failed. Looking through my various surplus parts boxes, found a rear passenger foot peg with mount from a KLR650. Drilled an extra hole, cut spacers and mounted it using the existing two sub-frame bolts. Done.

Is not for standing on. Is a highway peg to stretch and rest the left leg. 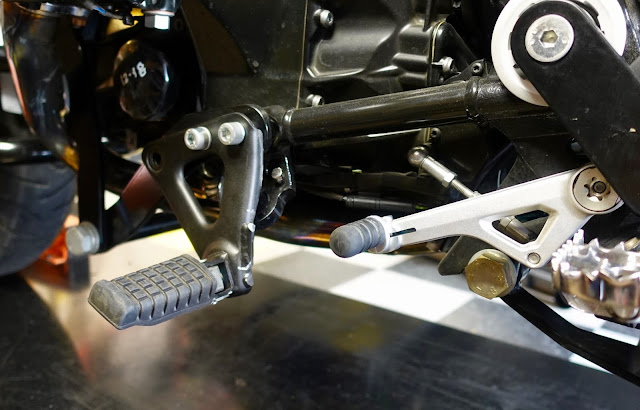 This afternoon I took the rig to one of my favorite photo sites near Field Store.
Many trees with lots of spanish moss waving in the wind. 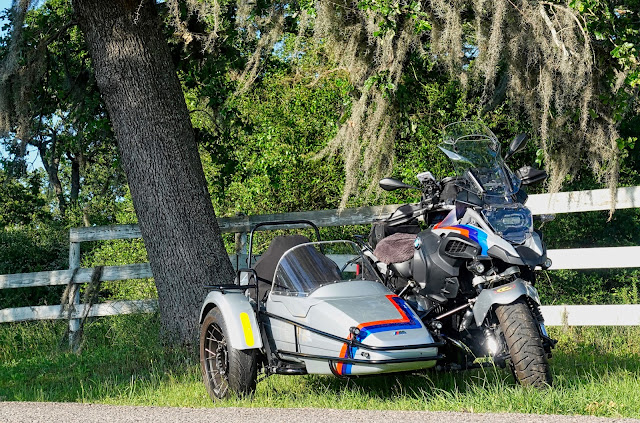 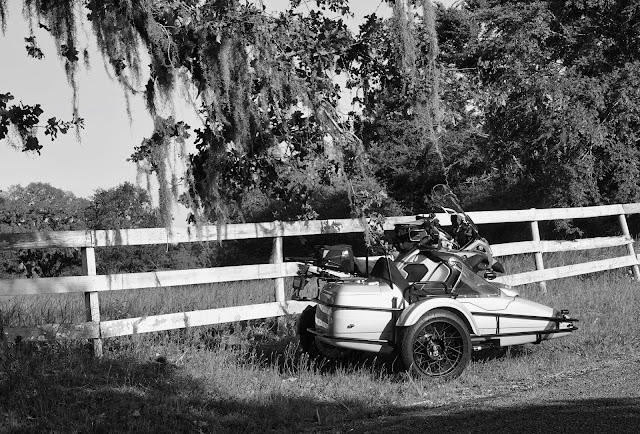 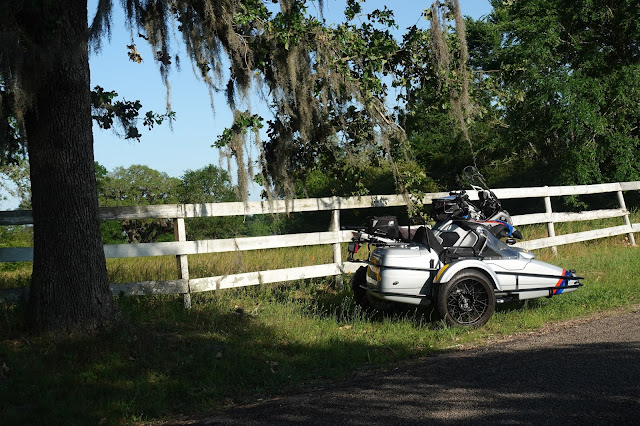 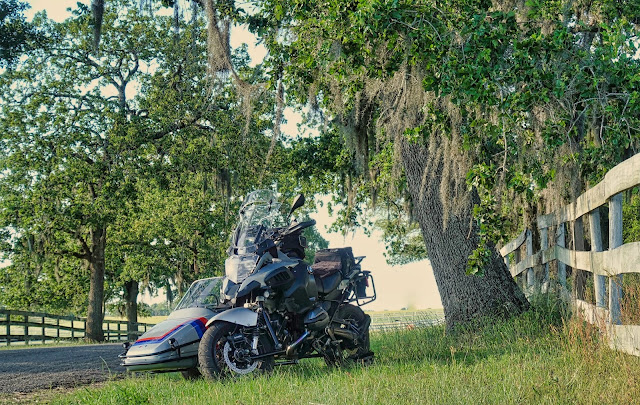 To cap off the "look",  added a BMW emblem from their line of performance cars. 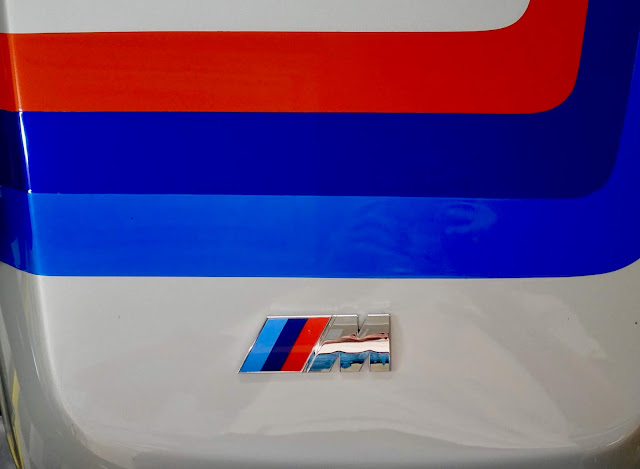 Ride safe my friends, see you on down the road.