Leaving Barcelona,  the neighborhood bakery opens early so commuters can have their fresh baked baguette or pastries for the day... 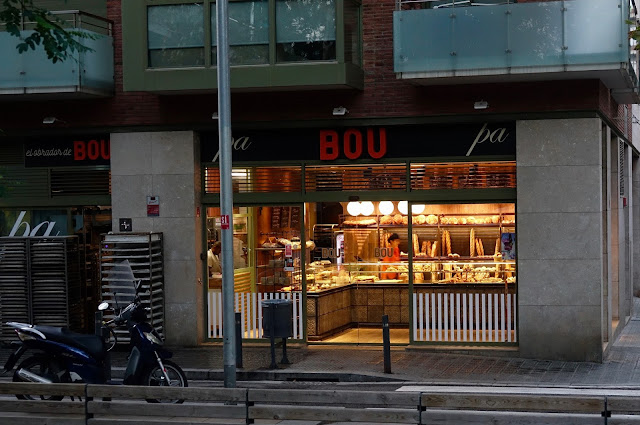 ...while the sanitation crew washes down the plaza after the weekend festivities. 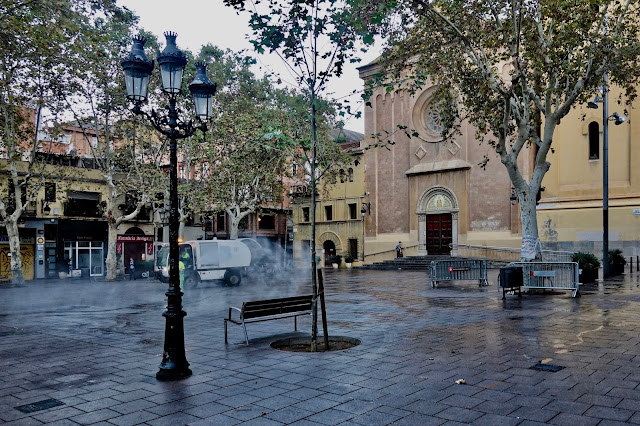 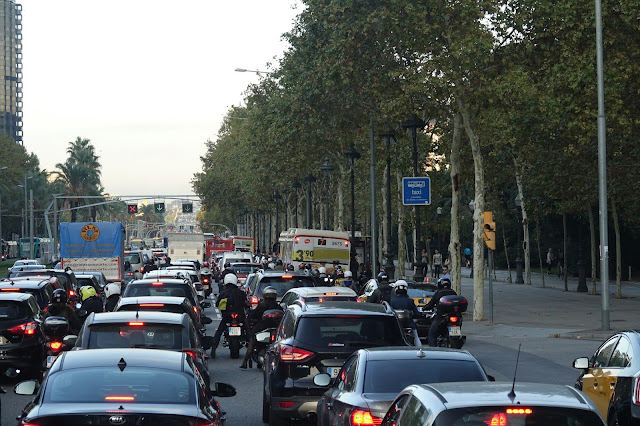 The surrounding vineyards awaken with the sun. 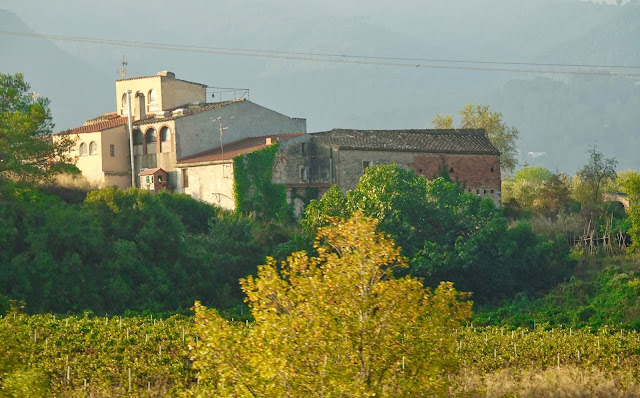 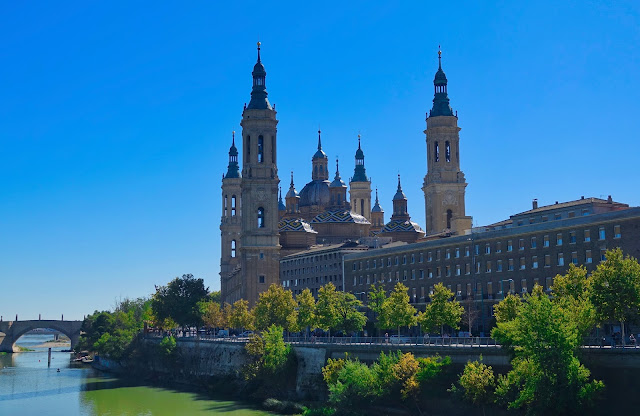 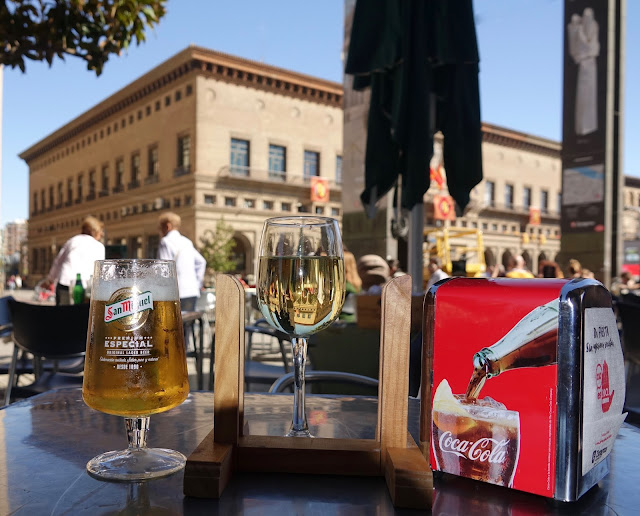 Even panhandlers can have fashion style... 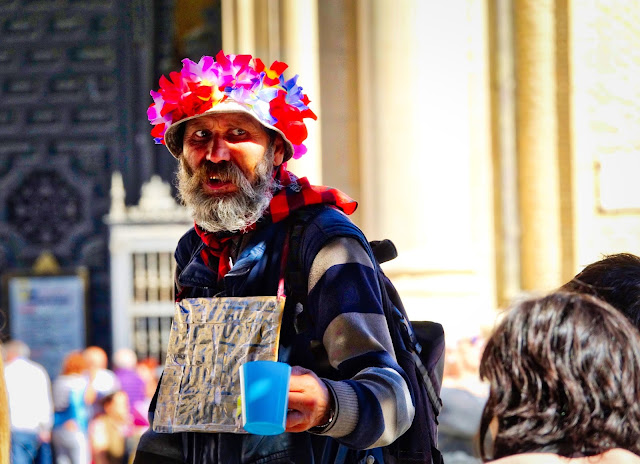 Next, a rest stop in Pamplona where the annual San Fermin festival
starts with the running of the bulls. Iruña is the Basque name for Pamplona. 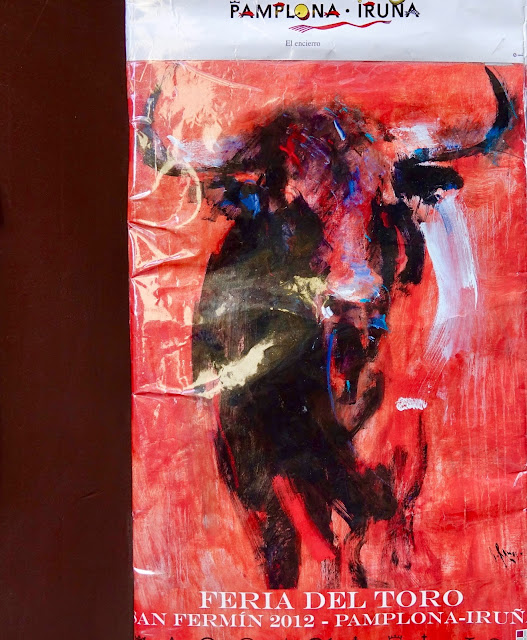 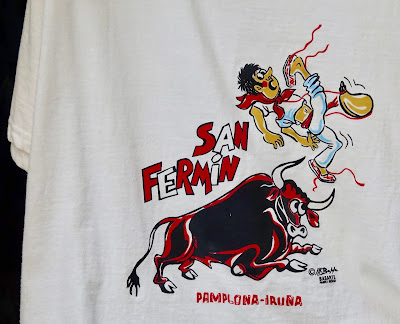 As close as Amparo is going to get to a Pamplona bull. 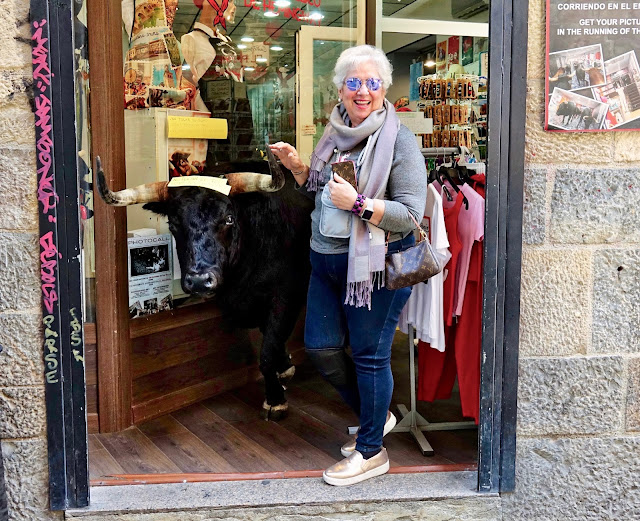 The famous statue dedicated to the Running of the Bulls. 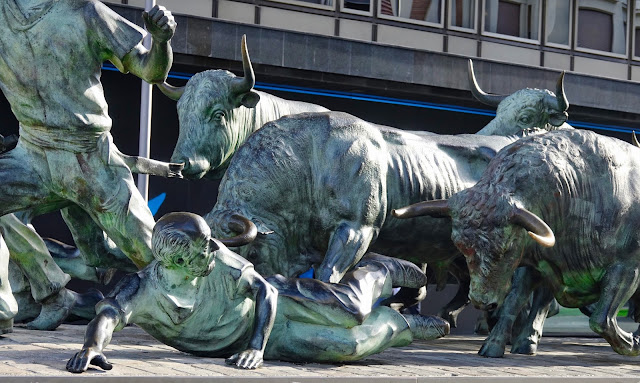 On the ground floor of this building is where Hemingway toasted the night away in Pamplona. 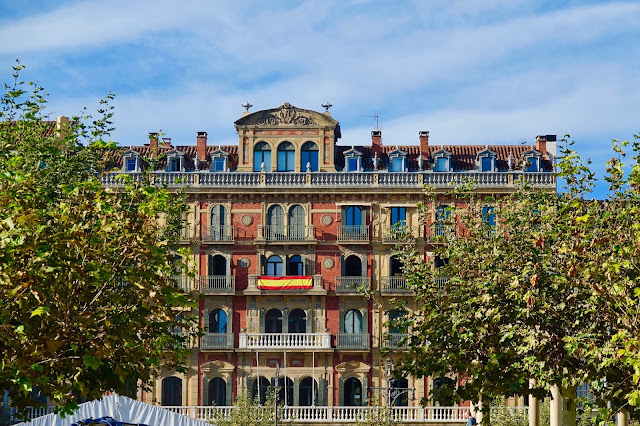 Finally arriving in San Sebastian as the sun drops on the horizon. 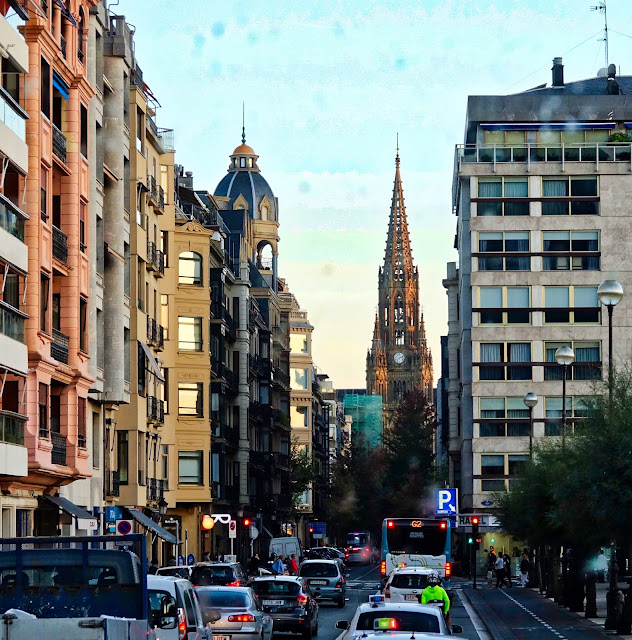 Next day, off to see the famous Guggenheim Museum of contemporary art in Bilbao 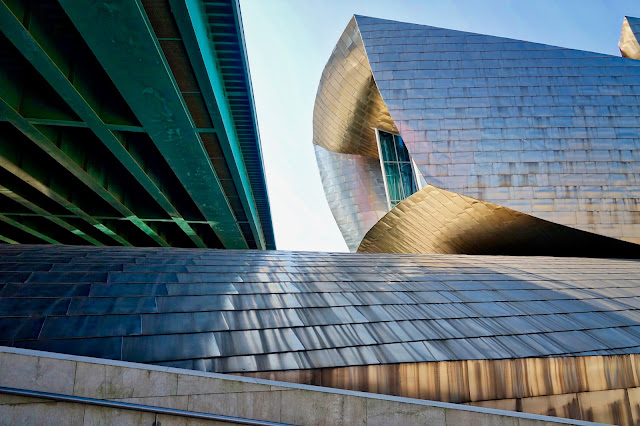 Wrapped with a skin of titanium and stainless steel,
the structure glistening in the morning sunlight. 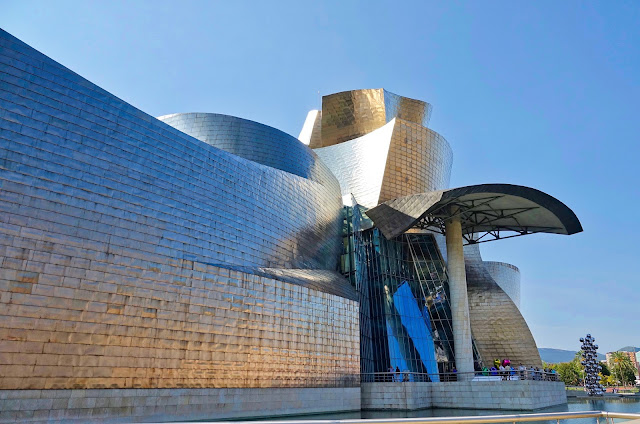 Amparo looks cool next to the outdoor sculpture... 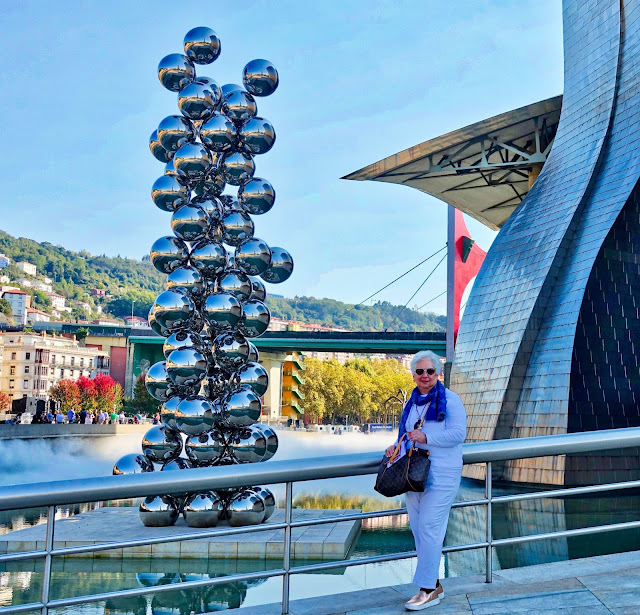 ...that reflects the surrounding neighborhood. 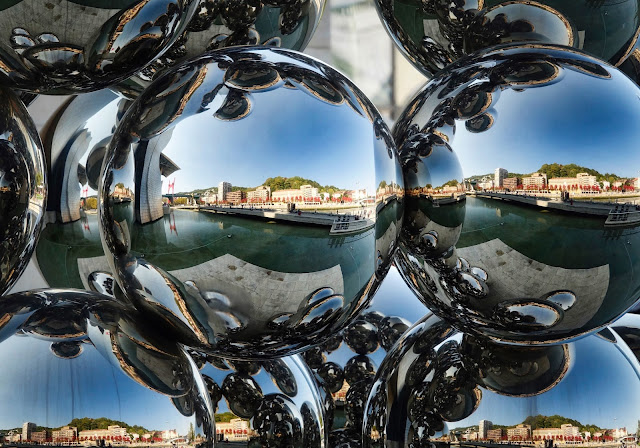 A jazz musician floats a melody that he hopes will garner a few coins for his efforts. 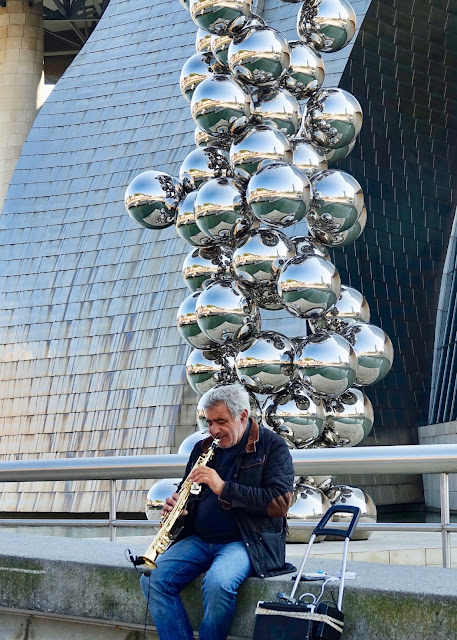 Returning to San Sebastian, we drive along the northern Spanish coast. 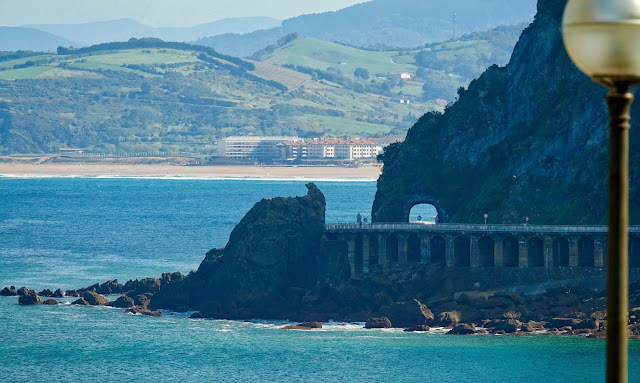 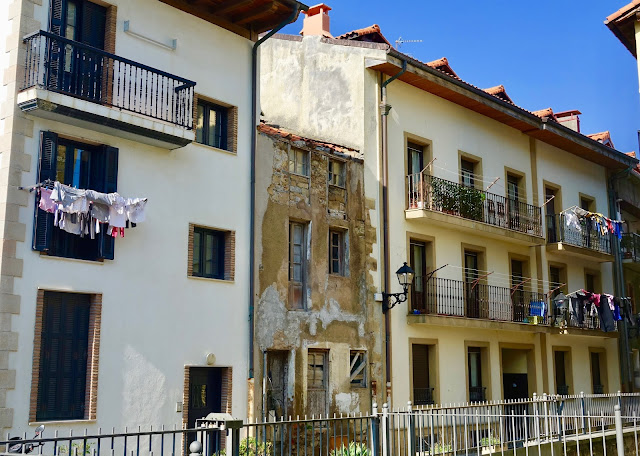 As the sun sets on our final day on the northern coast of Spain. 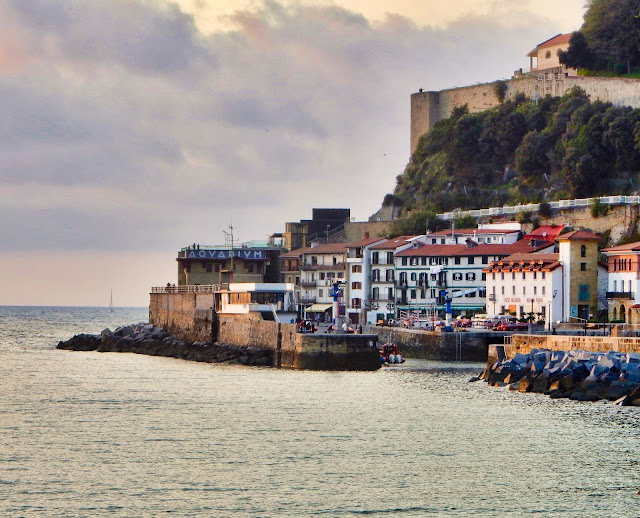 Tomorrow we drive to the Spanish capital, Madrid.