Joined a group of Goldwing riders gathering in eastern West Virginia, trying to find a straight road. We failed! Though a friend mentioned that West Virginia has lots of straight roads...
straight up and straight down
Those roads we found. 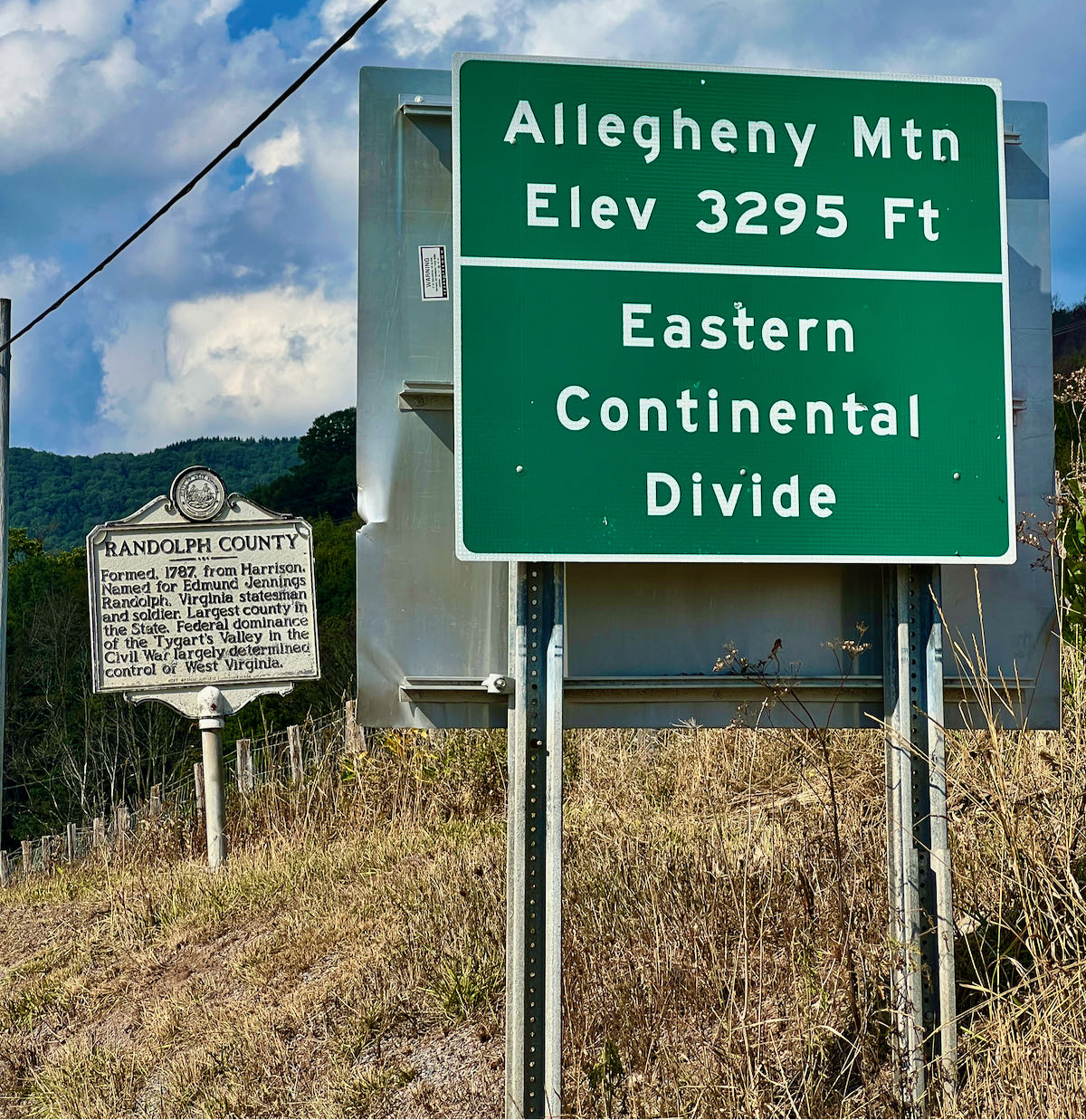 Was the first opportunity to really try the Honda DCT transmission on twisting winding roads with a fast-riding group of heavy bikes. Being the only sidecar rig was a challenge to keep up with the other Wingers on the narrow mountain roads, but switching to Sport Mode, adding a case of water ballast in the sidecar then applying the sidecar control tips learned from Marcus Renfro, was able to hang with the faster riders. A spirited ride does give your arms and upper body a workout.No photos were taken during the ride but grabbed several when we stopped for lunch.Downtown Beverly, WV. The red brick building was the county courthouse. The Pool Hall next door, was rumored to have a still in the basement and a bordello upstairs during prohibition.

During the depression, my mother worked for a red brick/tile manufacturer, keeping their books. Seeing these buildings remind me of her.

Someone has properly restored this victorian home, standing seam roof and all. 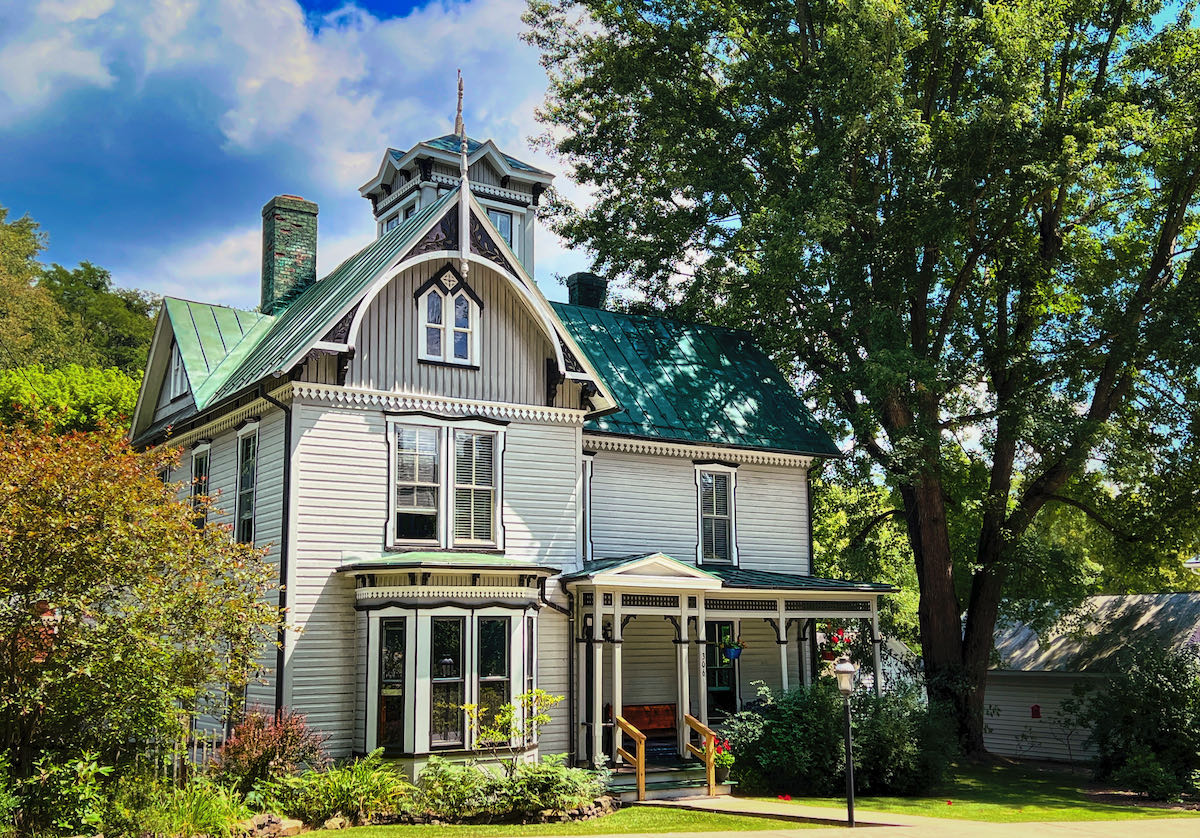 First time I have seen a V-twin steam locomotive. The Heisler is six-axle, gear driven to climb the mountain rails. Not a cog drive. This locomotive has drive wheels all the same size powered by a center drive shaft. Interesting engineering design...Today Heisler #6 is still in service with the CASS Scenic Rail hauling tourists, but in its' day, hauled tons of logs off the West Virginia mountains. 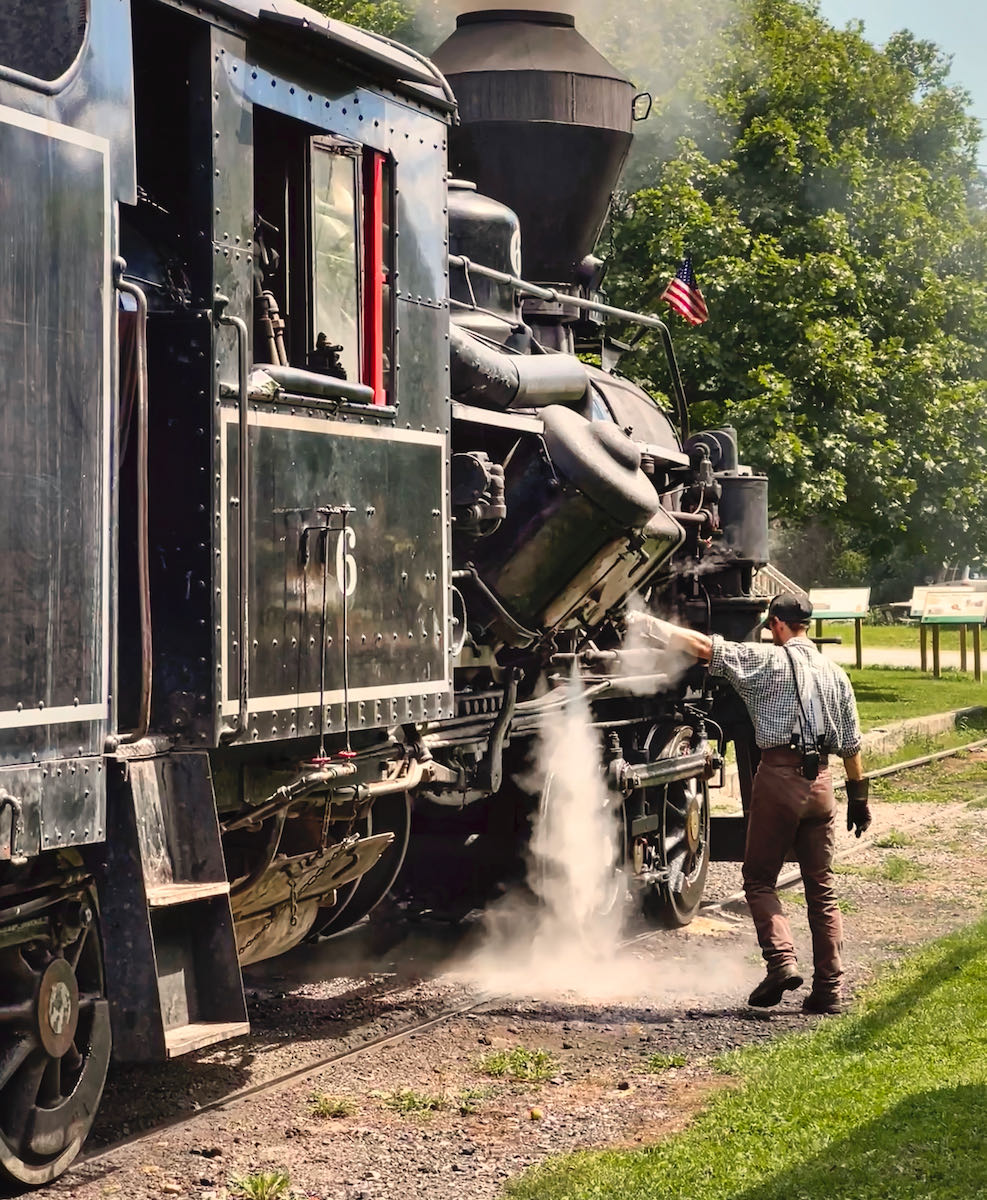 If interested in Heisler, here is a link:tps://en.wikipedia.org/wiki/Heisler_
https://en.wikipedia.org/wiki/Heisler_locomotive.
From West Virginia rode up to the Cleveland, Ohio area to visit my brother Charles and sister-in-law, Marilyn. From there, the next morning rode to Napoleon, Ohio to meet my sister Peggy who drove down from Ann Arbor. Together we visited our 96-year-old Aunt Helen in a nursing home. Helen is the last remaining member of our parent's generation.
Was successful in dodging the numerous storm fronts riding from Texas to West Virginia. Returning from Ohio was a different story. Was caught in heavy rains every day riding home.
The Goldwing performed perfectly, I have decided it is a keeper.
Ride safe and far, my friends
CCjon
locomotive
Posted by CCjon at 9:49 PM