Each Fall the Northwest Houston Photography Club hosts a portfolio review. Any member can participate with eight to twelve images. Each person decides what their portfolio will focus on, a particular subject, a style of photography, a particular type of printing, a theme...  it's an opportunity for the photographer to explore, experiment, try something new.
Six professional photographers are invited in to critique the photos one on one with each photographer. Having a fresh set of trained and experienced eyes look at your project and offer critical comments is invaluable as one works to improve their images.
I chose the San Francisco de Asis Mission in Rancho de Taos as my subject this year. Mainly because I admire the structure, the culture and the people that maintain it. Here is my portfolio.
The artists' statement reads:

"one of the most beautiful buildings

left in the United States by the early Spaniards”

The San Francisco de Asís Mission Church is a historic and architecturally significant building in Ranchos de Taos, northern New Mexico. Built between 1772 and 1816 in the main plaza of a small Mexican - Indian agricultural community, it replaced an earlier mission that was destroyed in the 1680 Pueblo revolt.

This is one of the finest living examples of a Spanish Mission Church being the heart and soul of a pueblo. The edifice was built and has been maintained over the centuries by the blood, sweat and toil of the indigenous villagers. Every Spring they gather to apply mud and straw by hand to repair weather related erosion.

This mission has inspired some of the greatest number of depictions of any building in the United States. It was the subject of several paintings by Georgia O'Keeffe and photographs by Ansel Adams, Paul Strand and Ned Scott. Many artists spent months here studying, learning and looking for the perfect light to capture its beauty. Its adobe walls are everchanging with the high desert light, hour by hour, day by day, season by season.

This collection depicts but a few of the many facets

of this revered living edifice.

NOTE: As is common in many active pueblo missions,

photography inside the church is strictly prohibited.

All of the missions initiated in the southwest by the Spaniards during the 1600's were lead by Franciscan priests. Thus many are named for San Francisco, their patron saint.

Taken at midnight, two small naked bulbs illuminate San Francisco and the front of the mission. 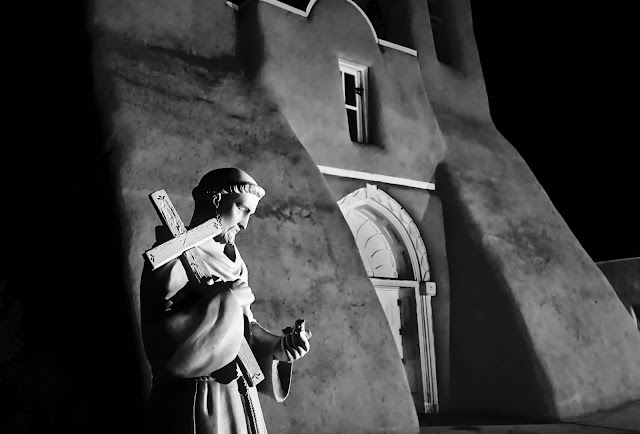 The morning sun breaks over the adobe mission, illuminating the most western of its' three crosses 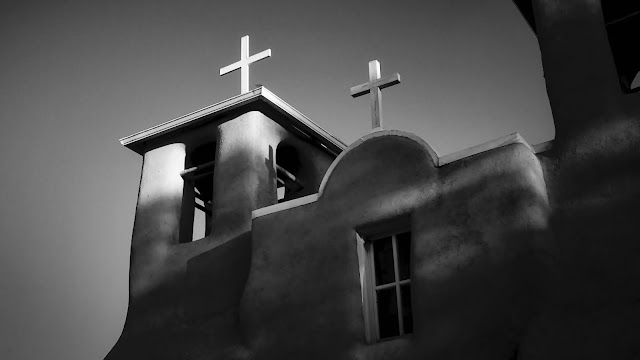 As the sun rises, the mission's shape and form are revealed. 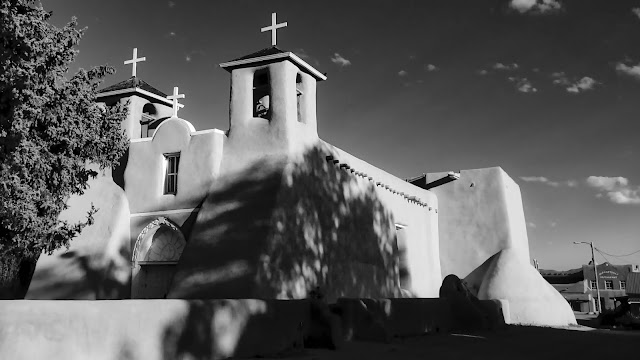 The texture of the adobe is accentuated by the intense noon day sun. 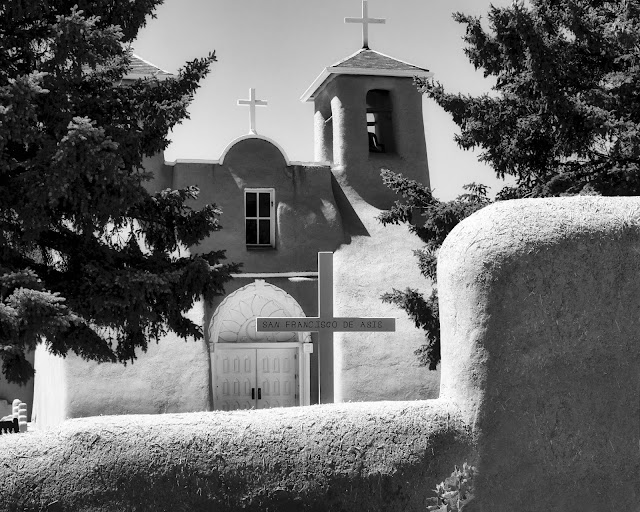 Each year the villagers gather to replaster the mission walls, repairing the damage caused by a winter's freeze. They mix mud, sand and straw using hoes in the central courtyard before applying it by hand to the church.
Here you see the dark wet mud that was applied earlier in the day. 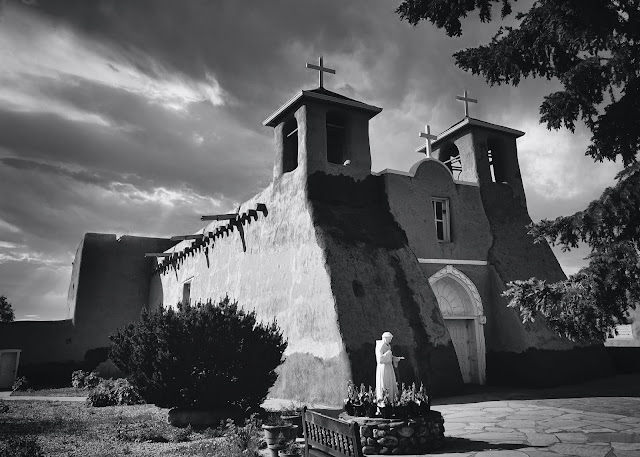 An infrequent snowstorm in the valley with an overnight freeze cracks the old adobe mud
creating the need for the annual spring replaster.

A Fall late afternoon sun pulls a golden glow from the dry straw embedded in the walls. 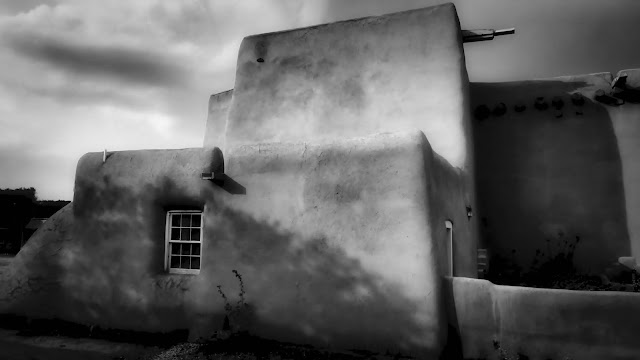 Even at midnight, the mission is still an imposing structure, residing in the middle of the village plaza. Today year 2021, in one of the richest countries in the world,
the plaza and the road around the old mission is a mixture mud and gravel. 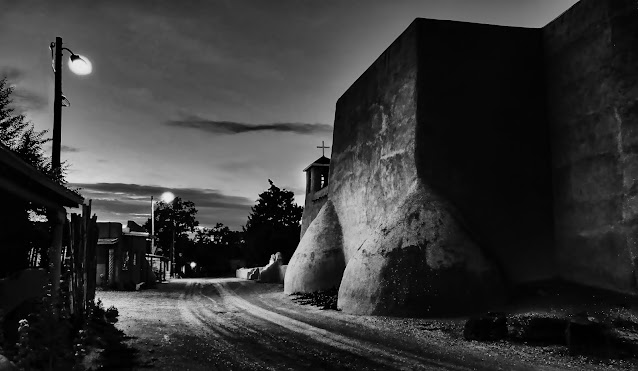 And the final photo,
"Written in the Heavens" 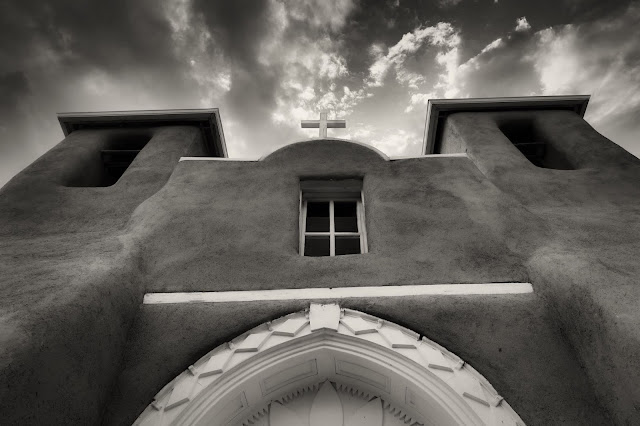 In all it was a great learning experience. Have new ideas and tips on how to improve.
Now to decide what next year's portfolio will be.... hmmmm.
Ride safe my friends,
CCjon
Posted by CCjon at 8:45 AM