Wednesday morning temperatures were in the single digits... like 5 degrees when I went out. It had snowed all night so I knew everything would look different.
Drove up to 9400 ft elevation to see the vistas
Rather than more details, the snow covered most everything. Places I had driven to a day earlier were now beyond the reach of my all-wheel drive truck. Being alone, and no other vehicles up here, decided not to risk getting stuck in this remote back country with freezing temperatures. So I stuck to roads that were...  semi-plowed. 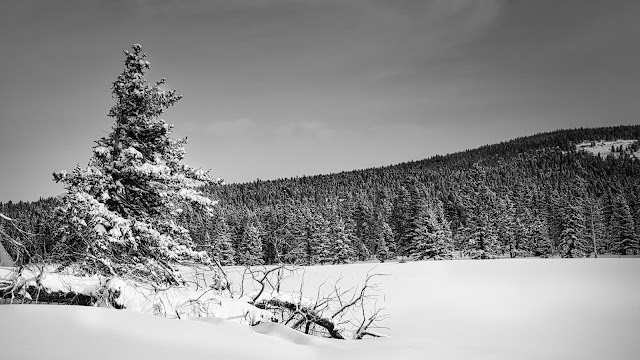 Had to make my own details in the snow.  By trudging across an open field...
(Was wearing my thirty-five year old Alaska insulated snow boots. Hope the seams hold). 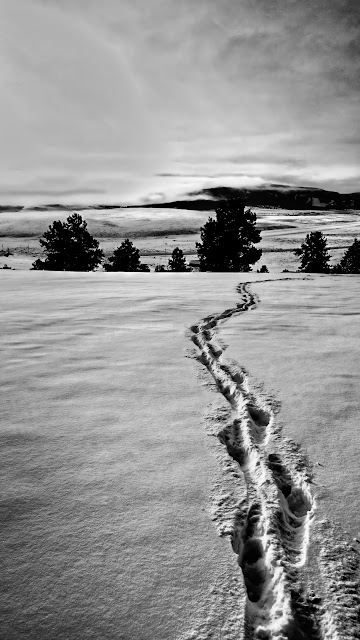 ... to capture the back side image
of the Vietnam Veterans Memorial Chapel. 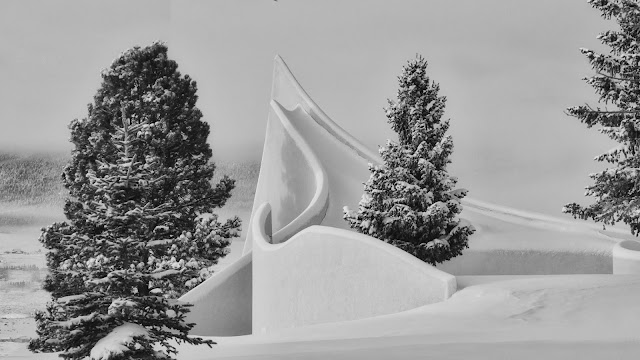 Drove down to Rancho de Taos to the San Francisco de Asis Church,
but the snow was falling harder there.
Was careful to protect the camera lens from wet flakes.

And for the color shot of the day,
mule deer were out foraging for grass under the snow.  You can see the snow on their muzzles where they had rooted deep for food. 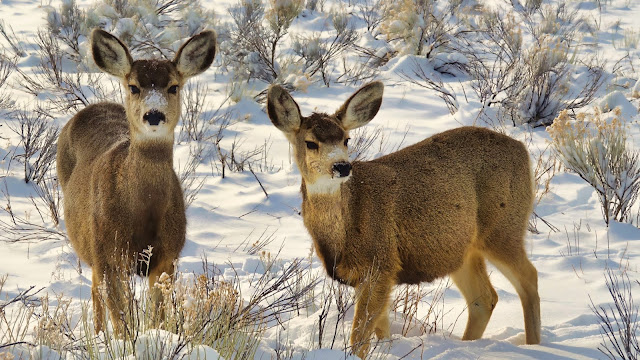 That wraps up another day in Angel Fire, New Mexico. Have not decided exactly when we'll return to Texas. So much depends on how fast everything returns to normal there after the infamous power outages and now limited water supplies.
Stay awake and healthy my friends,
CCjon
Posted by CCjon at 6:09 PM