During a fresh blowing snow front, captured a few more photos in the Sangre de Cristo Mountains of northern New Mexico. Practicing and learning how to control the exposure and focus when it's single digit temperatures with a hard blowing wind. Blowing so hard my tripod toppled over several times. In order to work the camera dials glove free, kept a pocket warmer in the jacket so I could jam my bare right hand in to thaw the fingers between shots.
Wind whipped dry snow created a mystical effect,
at the Vietnam Veterans Memorial Chapel in Angel Fire. 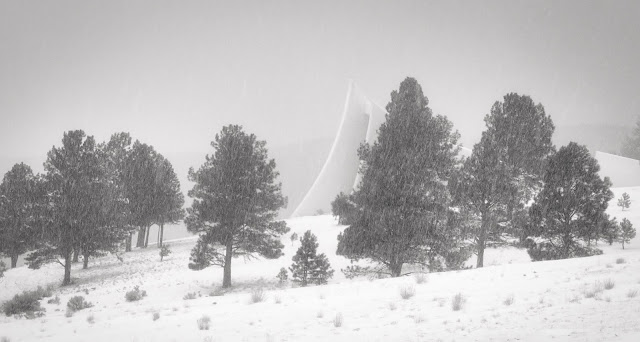 By wandering across the snow covered fields,
discovered a new view of the chapel.
Am liking this angle.

Below looks like dust on the lens, but
its the camera capturing the swirling snow as the wind whipped it around the buildings. 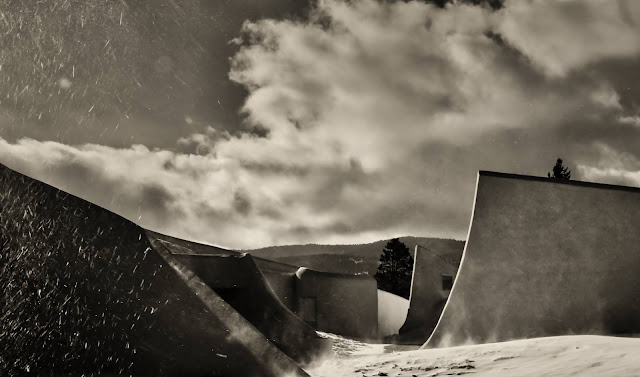 Off to a different location,
have taken dozens and dozens photos of this old cowboy line cabin. Some close up,
others from a distance trying to capture its abandoned character.
A line cabin was where the cowboys could take refuge from a storm or nightfall when working the remote sections of a cattle ranch. Back before the valley was developed with a ski resort. 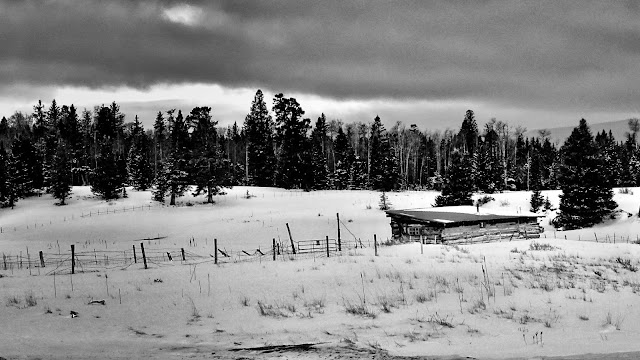 As the sun was setting, experimented with several different techniques with snow and shadows.
Am not yet satisfied with the results. More work to be done, settings to try.
Since there is no one perfect way of doing anything, its the journey of discovery that satisfies and entices. 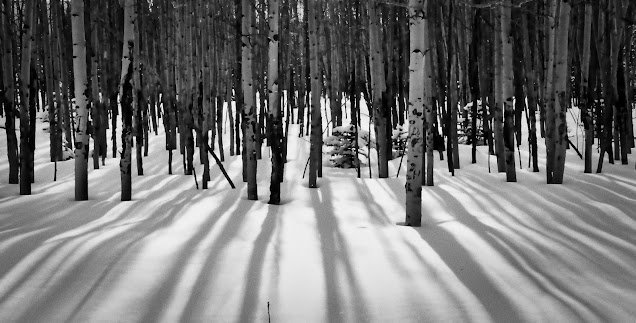 Revisited the rusty barbed wire gate. Blowing snow was accumulating
along the fence that stretches across Moreno Valley.

Finally for a color shot,
seeing the white snow on this ristra of chili peppers inspired me to capture this image...
Fire and Ice 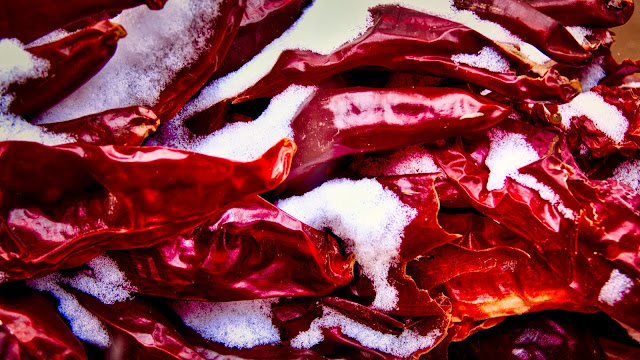 That wraps up another day of photography. The forecast is for more snow tonight, so hopefully I can still get out in the morning and see what we can find interesting to shoot.
Stay safe and healthy my friends,
hot cocoa by a roaring fire sounds perfect right now.
CCjon
Posted by CCjon at 12:36 PM