There are two winter photos I could no longer ignore...
In Rancho de Taos, a snow covered Holy family... 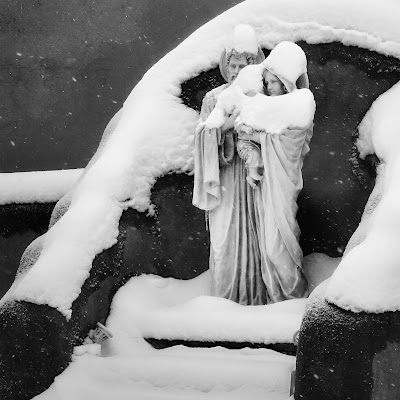 ...and,  aspen shadows falling across waves of snow...   caught my attention. 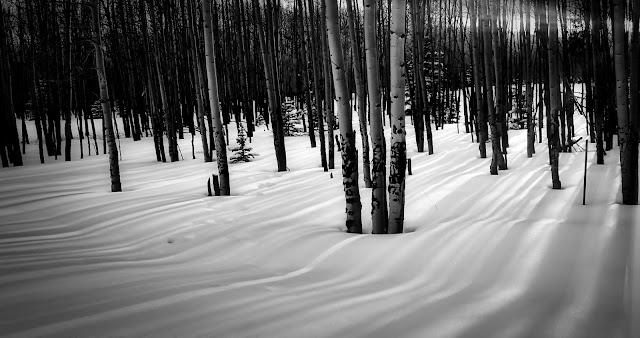 Okay, no more snow photos until next winter.
********************************
In March the Texas Sidecar Company held an Open House at their new facility in Donie, Texas. Mid part of the State.
Rode the Warthog up, spent the night and rode back home the next day, 250 miles round trip.
March is nice weather for riding in Texas even if a few showers find you.
Near Donie is the Limestone Power Plant, built across the road from a large open pit coal mine.  Unfortunately the lignite coal in Texas is the high sulfur type so they have to bring low sulfur coal in from a northern state on railroad cars.
Once someone figures out how to transport coal in pipelines, the railroads will suffer financially. 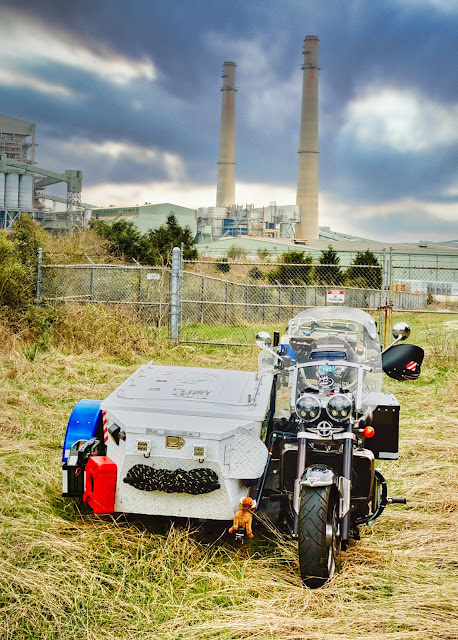 Arriving at the rally site, set up the sidecamper then walked around, admiring the various rigs there. 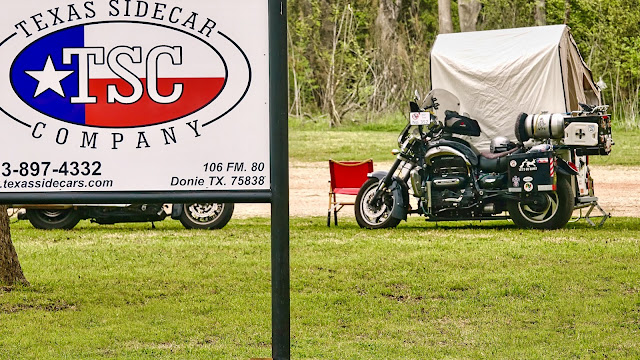 Met Rex Cummingham who has been on the road pulling a small camping trailer with a motorcycle for three years now. Rex explained he is raising funds for the Diabetes Association. Rex's son was killed in a solo car accident after blacking out from a diabetic episode. Rex offered to drive his son to work that day but his son claimed he felt fine. nContact LoneStarRider.com for more details.

Inside the new and larger TSC shop, there are sidecar rigs in various stages of completion. And more motorcycles waiting to fitted with a sidecar. Business is very good for sidecar builders this year.

Out in the yard, various sidecar rigs rode in for the open house. Harleys... 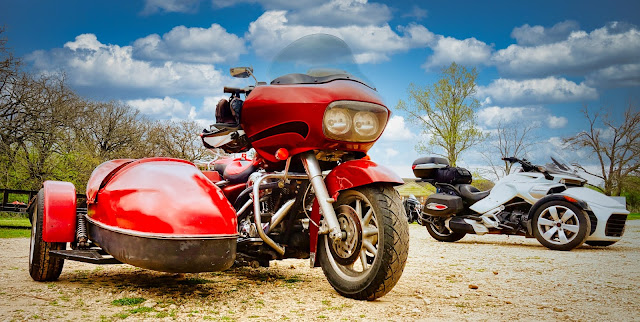 a modern Wing and an older Sportster.
Sidecarists don't care what brand you ride, as long as you ride three wheels.
But don't mention trikes. 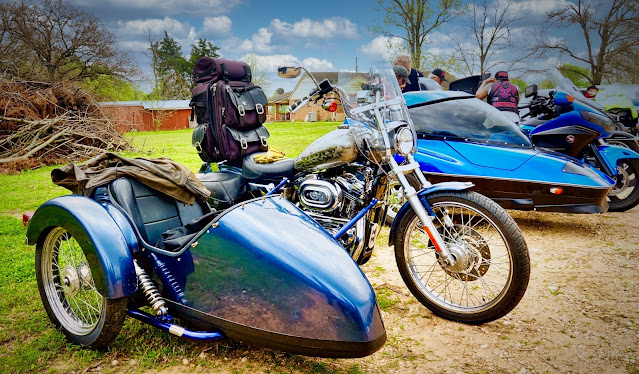 Though not a sidecar rig, a local gentleman RODE his 1926 British Royal Enfield motorcycle to the gathering. Today the Royal Enfield motorcycles are all produced in India.
Was very cool listening to him explain the procedure he has to go through to start the bike. I could not remember all the steps so will not try to relate them...
there were some words to the effect of tickling the fuel... 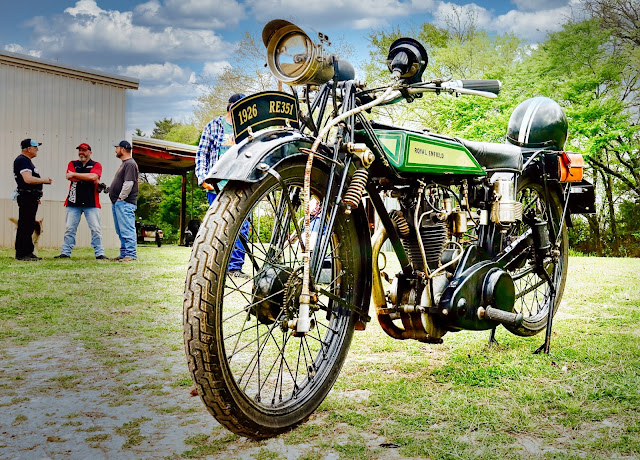 And what is a sidecar rally without someone having to wrench on their bike. A flat tire was the reason Eric had to break out his tool kit to attend to his Ural rig. 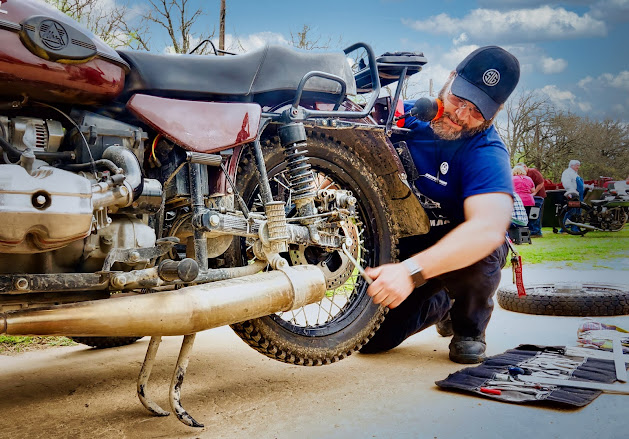 Come night fall, the ole sidecamper looked awfully inviting. Warm sleeping bag and soft pillow.
Sleeping outside in the cool night air, Texas stars, coyotes singing in the distance,
what more could a man ask for... 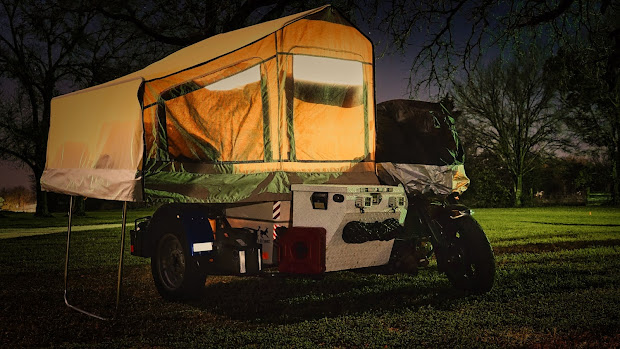