Before leaving Coeur d'Alene after the sidecar rally, popped in on a native American / First Nation PowWow. Snapped hundred of photos but will edit those for photo competition coming up later this year.

Two young dancers posed for a snapshot before heading over to the judging area where they will compete. 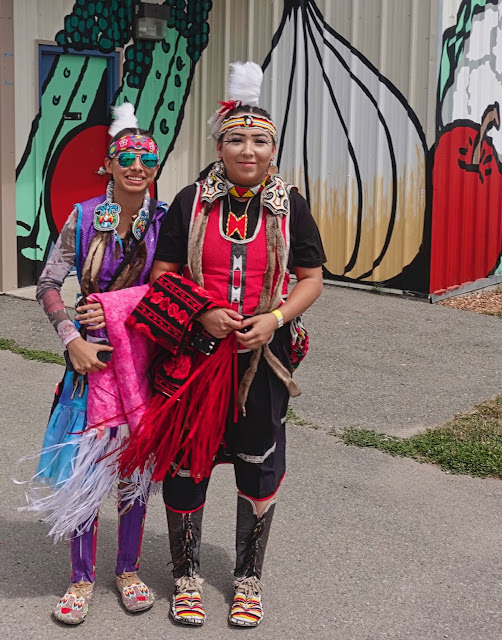 A young mother and her two daughters also posed for a snapshot. 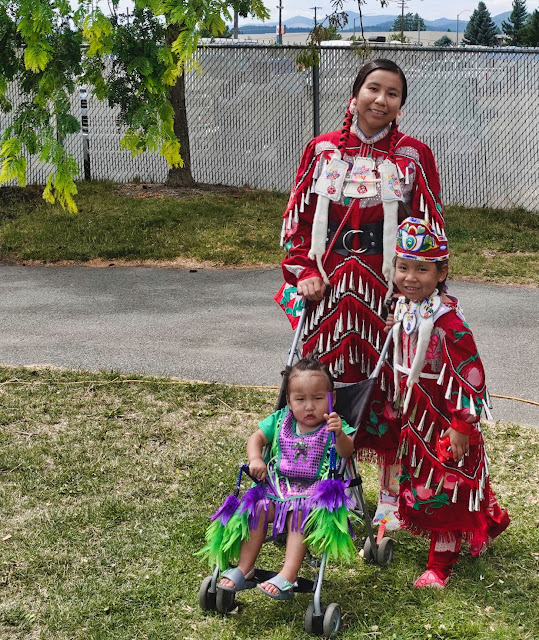 South of CdA, spotted an unusual sight so swung the rig around to take this photo.

Eunice, who is in her early eighties, was atop a stepladder picking cherries from the top of the tree. To do that, she drove her old 1949 Chevrolet pickup that she bought new in 1951, under the tree branches, then placed a stepladder in the bed of the truck so she could climb up and reach the ripe cherries on top. 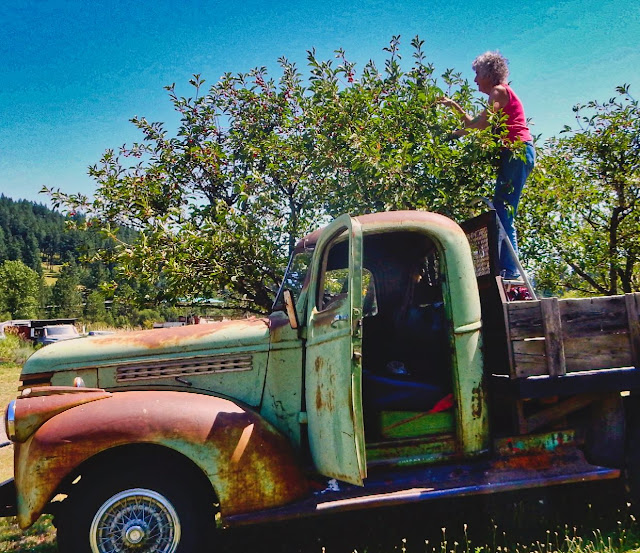 Stopping to talk, I met Eunice's husband, standing behind the truck, eating the cherries as fast as she could pick them.
Eunice spun tales of her and that truck, hauling firewood so heavy the rear differential plowed the center of the road, stacking hay so high it listed to one side, sliding off the highway on an icy road one winter with a non-functioning heater... an interesting couple.

Crossing Wyoming I kept seeing signs for the Sand River. Curiosity got the better of me and at the first opportunity to ride across the river, I did.

Yeah, all sand, no water in the river bed. 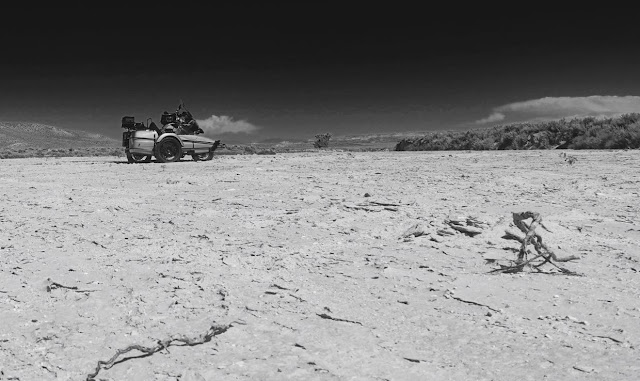 Crossing Wyoming is a hot dry experience for hundred of miles. Sunburn is a concern. After trying creams and blockers over the years, found the simplest and cleanest solution is a bandana soaked in water. When it dries, re-soak. 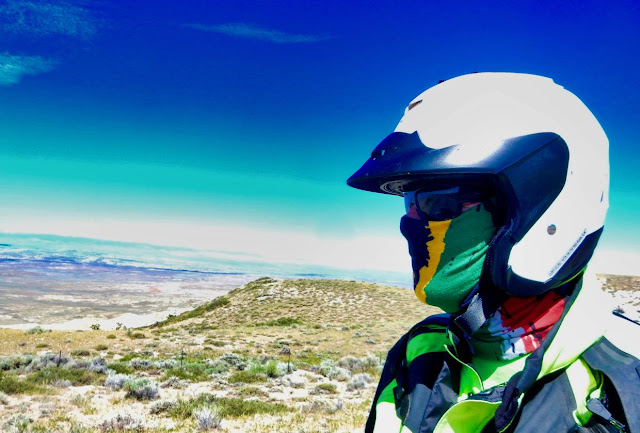 Riding the Wind River Canyon south of Thermopolis, WY is one of my favorite experiences.
Is a short canyon but one of the prettiest. The canyon walls parallel the roadway, the Wind River and railroad tracks.

There are three short tunnels, one right after the other on the south end of the canyon. 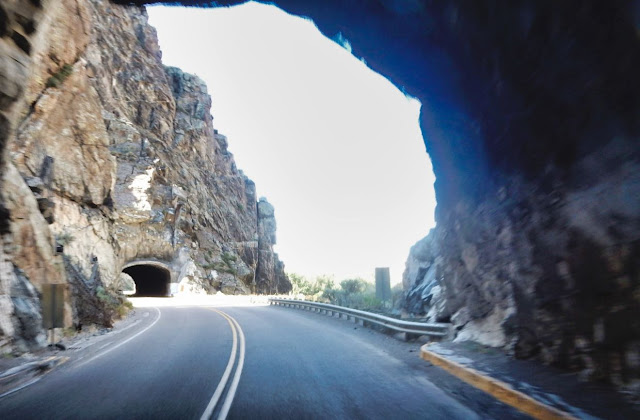 In color, the canyon walls themselves is stunning. 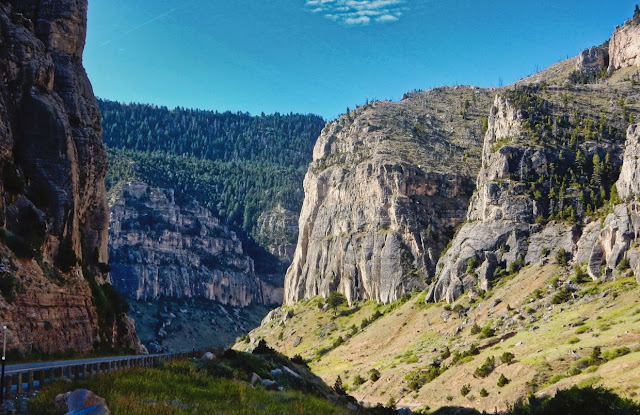 And in black and white too. 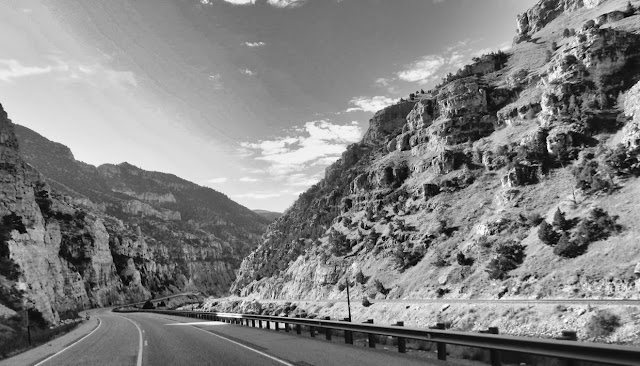 On the last day, riding from Rifle, CO thru Aspen to reach Independence Pass,  the morning rush hour traffic heading up to Aspen was as bad as any Houston rush hour.  Because housing is so expensive in Aspen, most who work there must commute from outside the village.

Aspen build federally subsidized housing for the school teachers, firemen and policemen
as they could not afford live within the city limits.

Finally reaching Independence Pass, stopped for a quick photo at the sign.

Just when you think you have accomplished something, up pedals a retired gent who made his way up from Aspen to reach the 12,045 ft high Pass.  I shook his hand.

The last twenty miles of the ride south was visited with a mountain shower.
The only real rain of more than a mile the whole trip.

Now to rest a few days, do laundry and plan another ride.