Well my friends, with a motorcycle trip planned to start at the end of this month, am jumping ahead with a wrap up of my best images for 2018. This was a year to learn editing techniques, work on improving compositions and find interesting angles. Every year I try to push the envelope a little further, striving to improve the images I create.


I avoid working with models or doing portraits, but do enjoy snapping quick shots of people in the street doing something where they do not realize I am taking their photo. They are natural and not posing. Encountered this Peruvian street musician in Gran Isle, Vancouver, totally obsessed in entertaining those passing by with his music. 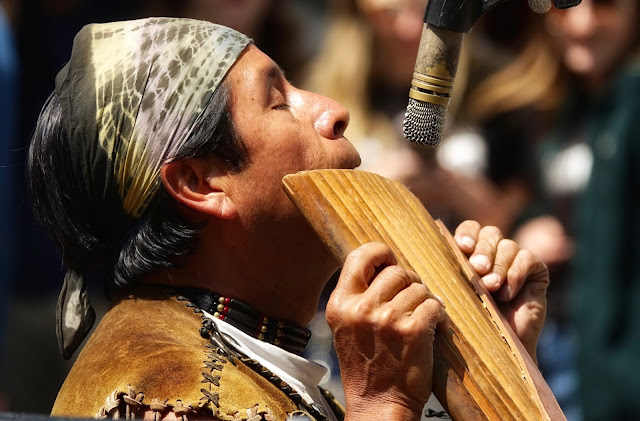 The Russian sidecar rig URAL is old school design, not sophisticated or outfitted with modern high tech systems.  It is still being built today very similar to when they first rolled off the production line in 1938. Tried to convey the gritty throw back to an earlier era of this machine,
to its' Russian heritage. 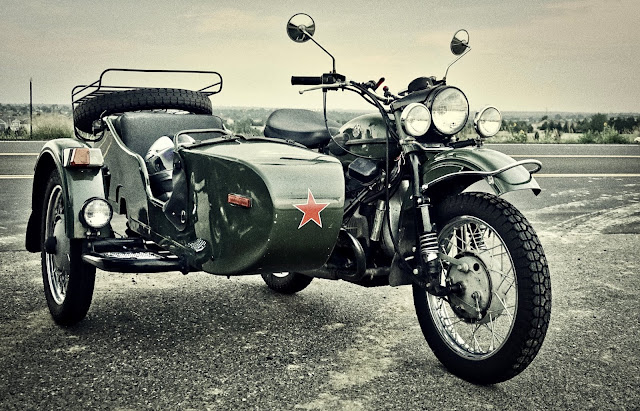 The Atlantic coast of South Africa is cold and deep. Fierce storms endlessly batter the rocky coast.
This image captures the feeling of frigid waters and delicate red rust lichen
clinging to the weathered granite rocks. 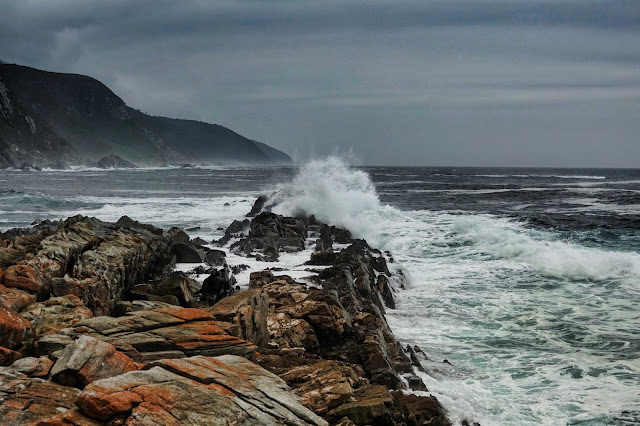 A study in seasonal changes. The first snow of autumn in the Rocky Mountains blends the fading fragrance of aspen leaves with the first blast of frozen ice crystals. 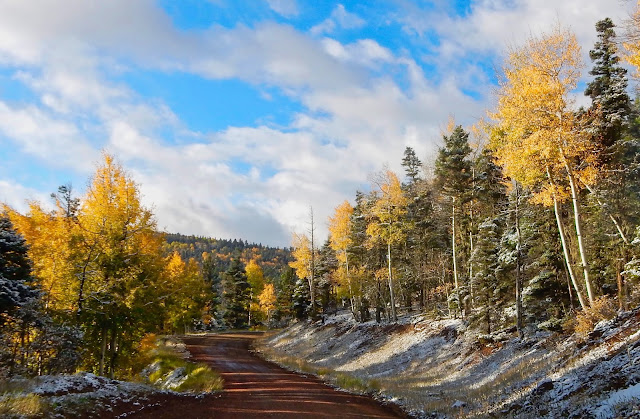 One of the most difficult photographic challenges is to capture a landscape
that looks anything like what you saw when you were there.

Eastern Idaho is gorgeous country that one doesn't hear much about.
Early morning fog gives way to warm rising thermals from the valley floor. 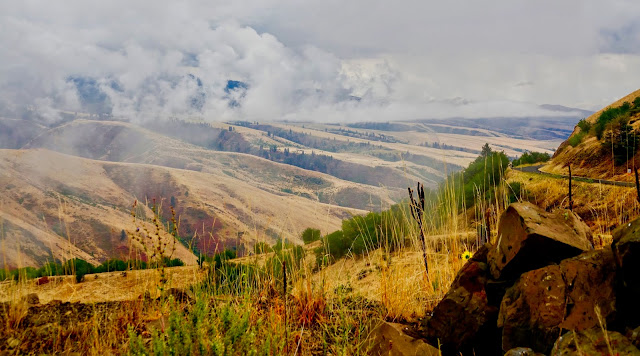 A Spanish traveler pitches his summer tent on the deck of the Alaska Marine ferry. The setting sun illuminates the clouds and pierces the tent highlighting the person sleeping within. 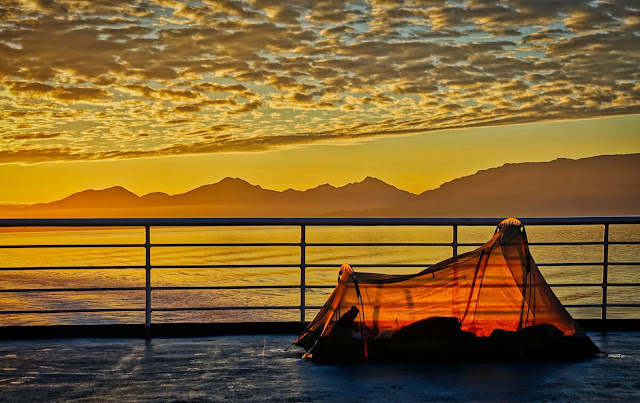 The calm waters of an Alaskan inlet are disturbed by a fishing boat's
early morning return with the night's catch. 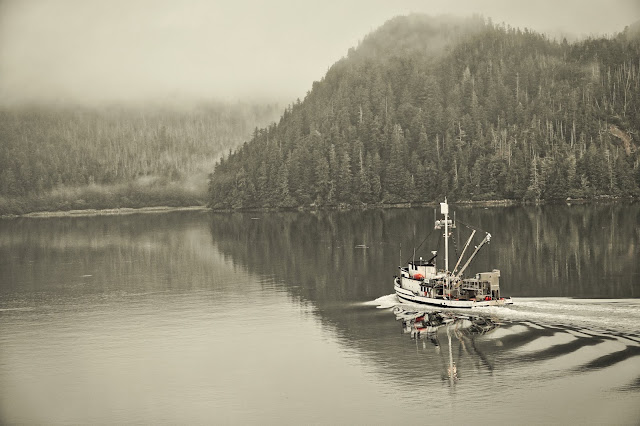 The boys hanging out at the ole watering hole swapping tales and lies... like boys everywhere! 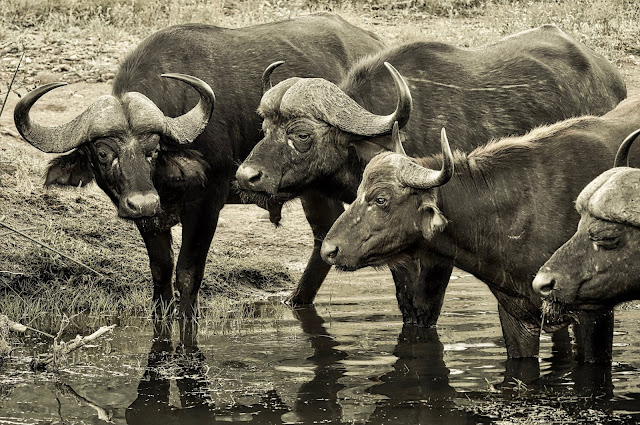 Was surprised to see a huge elephant suddenly emerge from the thick brush, then quickly disappear again. Only the sound of breaking branches giving away its' presence.

Shielding the eyes from a bright African sun... 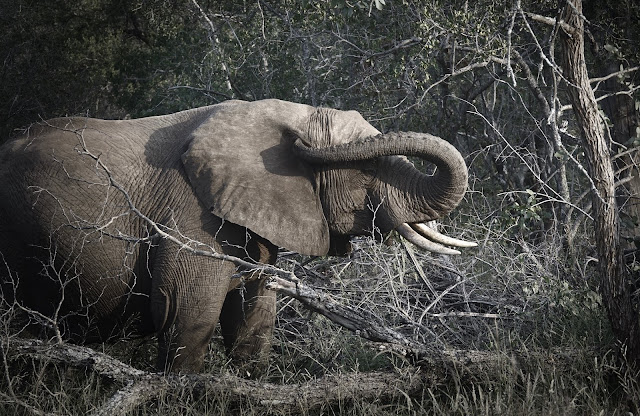 The rule in capturing a good image of an animal is: their eyes must be in focus. The rest of the animal can be out of focus, but the eyes hold the key to a good photograph. Look at the animal photos you like. Look at the eyes. Are they in focus?

No one bothers a confident lion. They can rest where they want, when they want... and they know it. The scars on the face tell a history of battles won and lost. 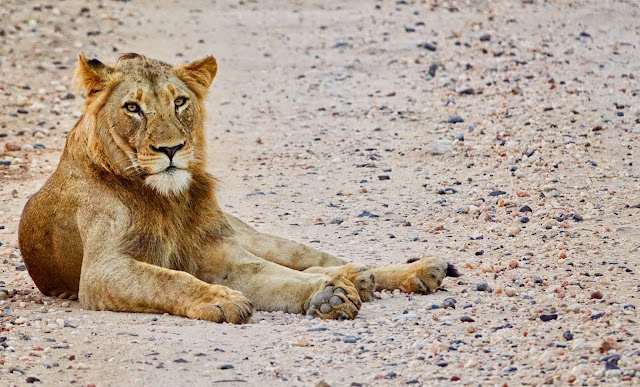 Sometimes a simple composition well captured is the strongest. 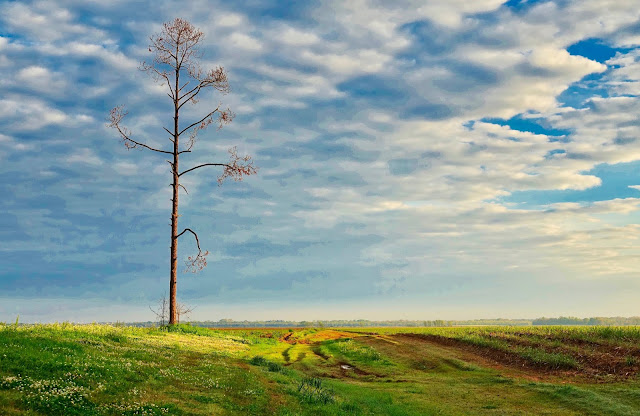 Thank you for following along both my photographic and motorcycle journeys this year.

More motorcycle travels with more photographs are coming in the coming twelve months.
Hope to see you out on the road.

Wishing you a very Merry Christmas and a Prosperous New Year.