We almost missed the fall colors this year in northern New Mexico due to other commitments.
Amparo and I arrived as the trees were peaking, dropping leaves daily 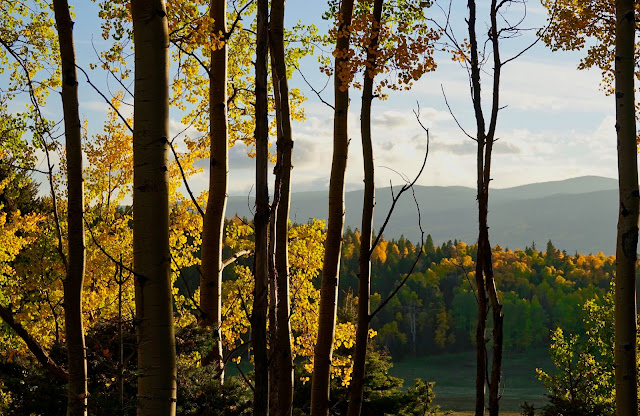 Captured several fall photos at the Vietnam Veterans Memorial.
The rolling folds in the cloud formation after a fast rain were incredible. 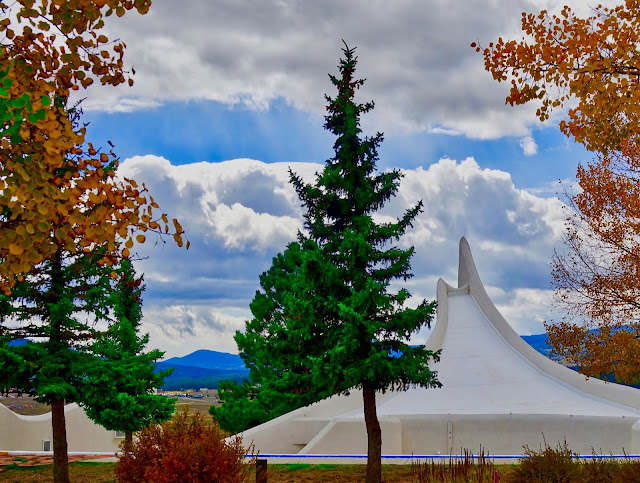 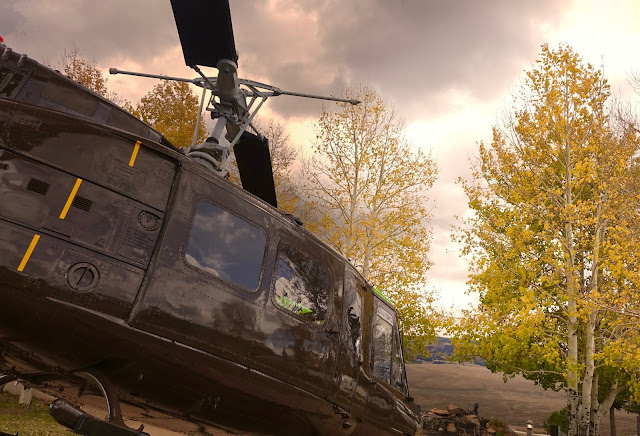 The wildlife is moving actively at this time of the year, but only at dusk with low light conditions.  A mule deer doe with two yearlings browse in preparation for winter. 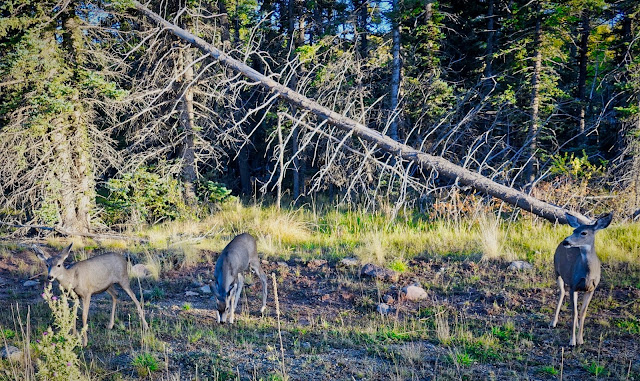 This bull elk has gathered his breeding herd, fighting off other bulls
for the privilege of passing on his genes. The next morning, the first snow/sleet of the season appeared. Yes, I brought my sidecar rig along for some riding. Next day, the roads are clear and dry.
Only 36 degrees.. ah, but still good riding weather. 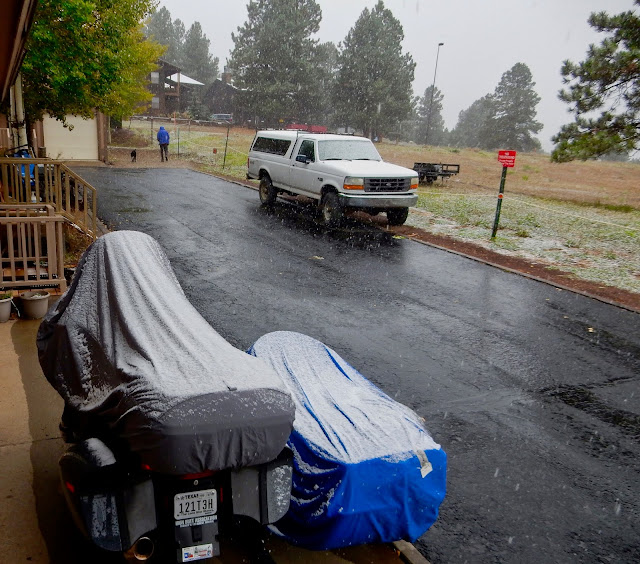 Three days later, the second snow of the season arrived... 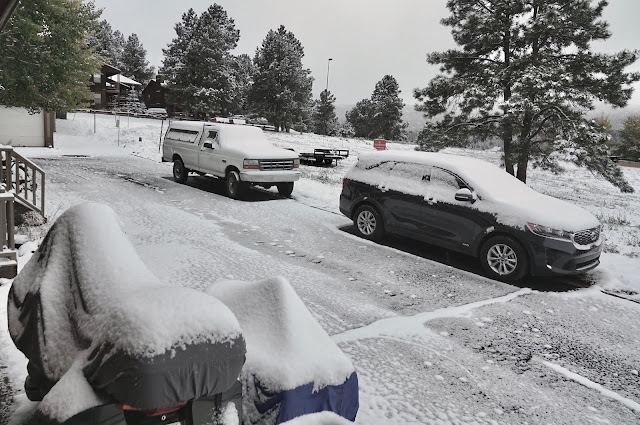 Before the second snow, I rushed up into the surrounding hills looking for a good photo of the fall colors with snow on the ground. 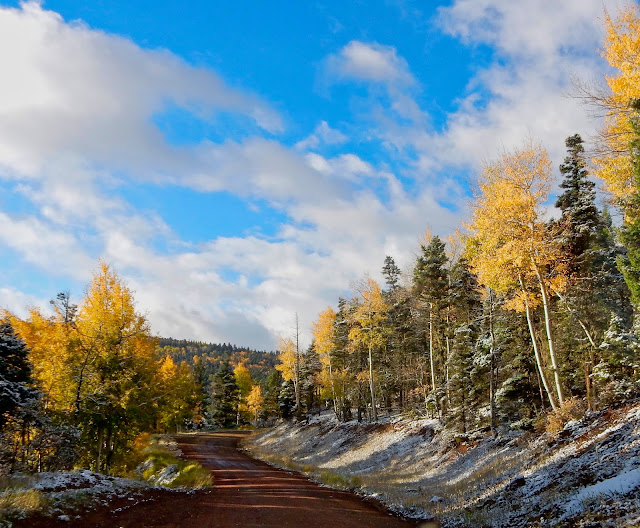 In another week, all of the leaves will be gone, as will we.

Ride safe my friends, see you on the road.