Sunday morning was clear and sunny. The distant peaks glistened white as the sun came over the horizon. Lower elevations were still asleep, snow free. 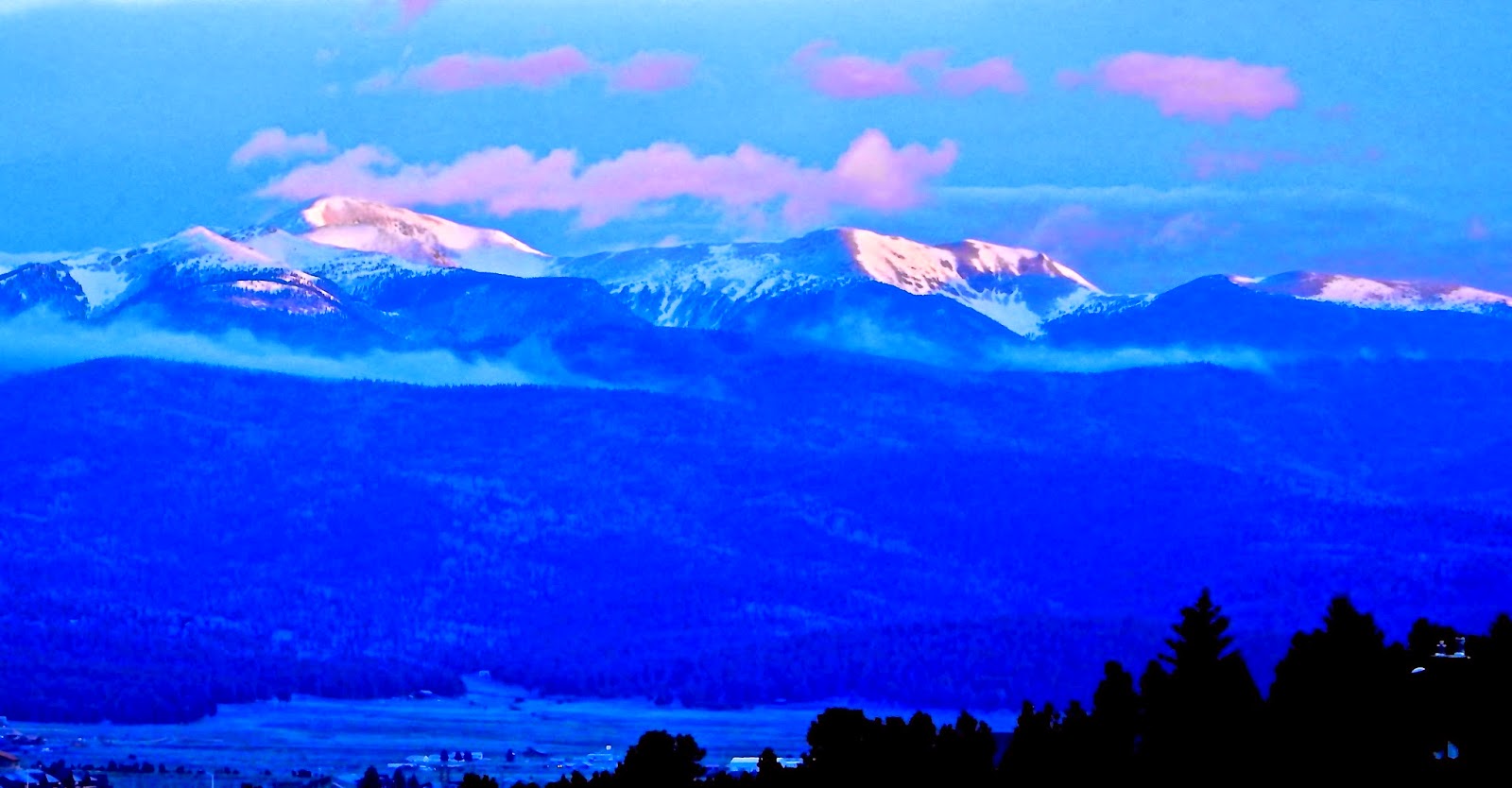 A few elk were late grazing in the early dawn, slowly working their way back up the slopes to their bedding area. Being nocturnal animals, elk sleep during the day and feed at night. Their bedding areas are in the dark spruce timber high on the mountain slopes. As warm air rises during the day, elk can smell any threat approaching from below before they can see it. They listen for any threat approaching from above. 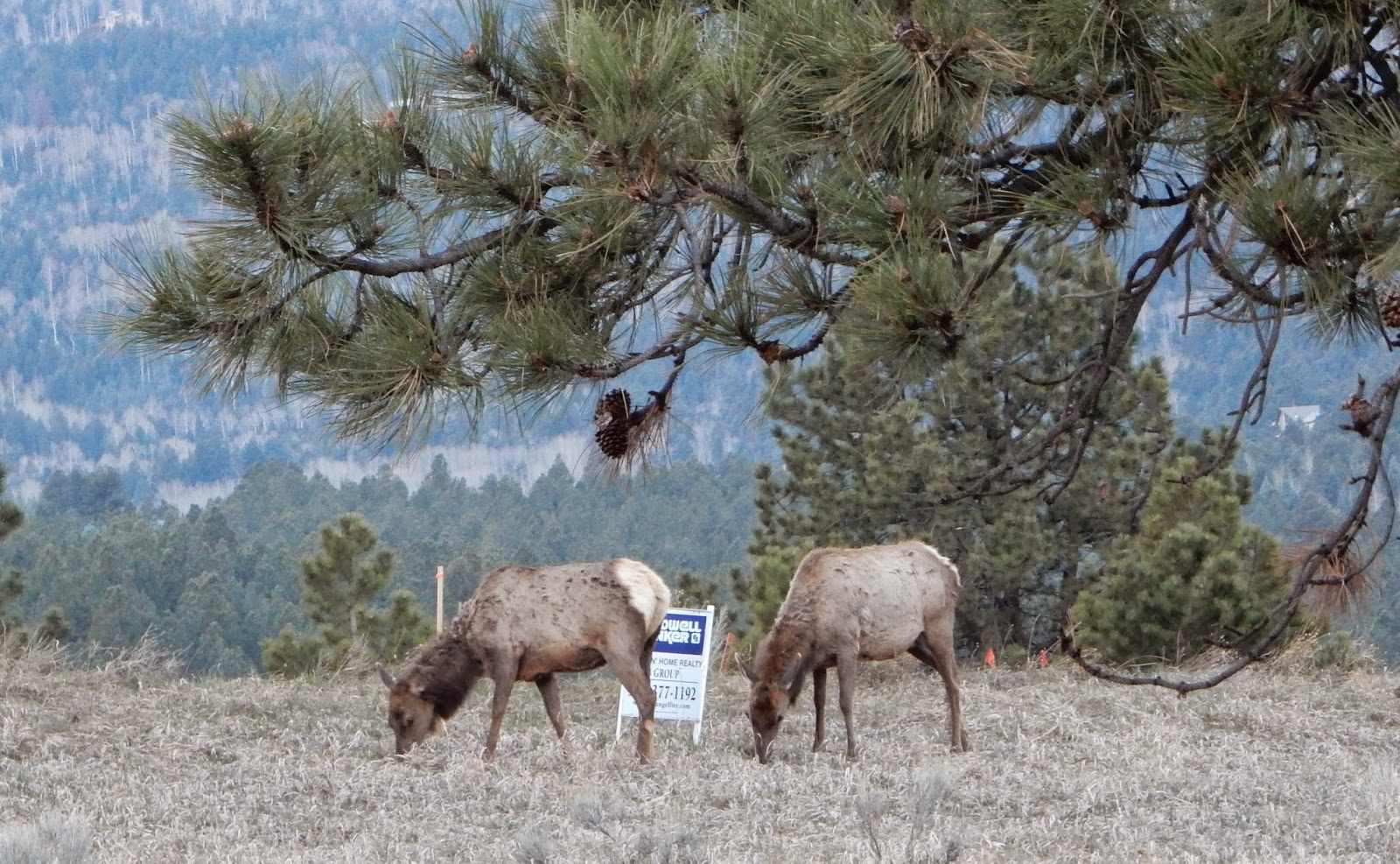 The two cows disappear into the timber. We won't see any more elk until dusk when they reappear to graze in the open fields once again.

By evening,  the anticipated storm front arrives. We had been hearing storm warnings all day while the temperatures were in the sixties.  They said to expect 4-6 inches of snow.

Was awaken at three AM. Peeking out, was treated to a serene sight. Snow stacked deep everywhere. Nothing was moving. The wind was calm. 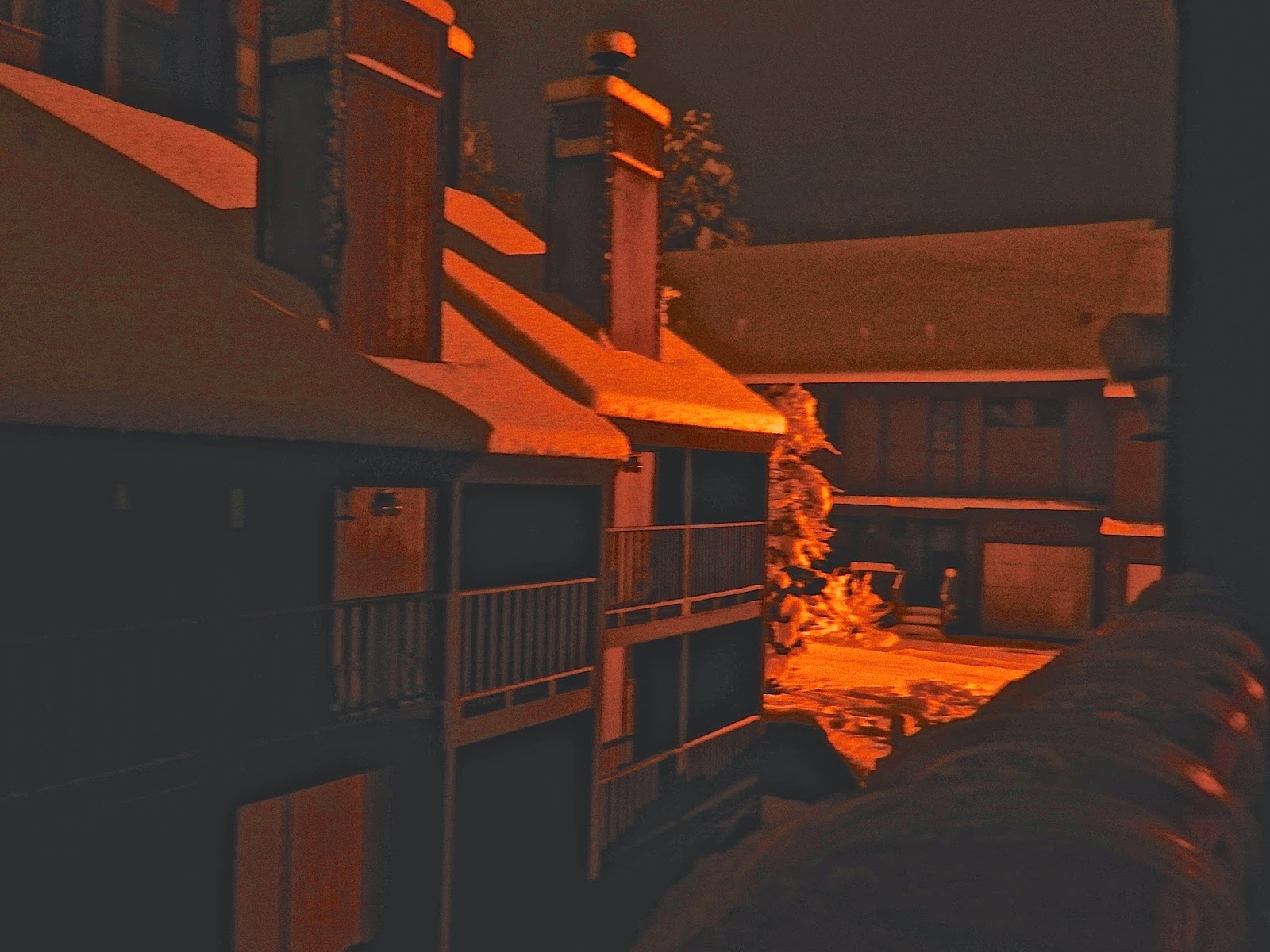 Next morning, the snow was still coming down and the wind was howling. The animals stayed safe in the timber and we stayed safe inside as the snow outside swirled deeper and higher 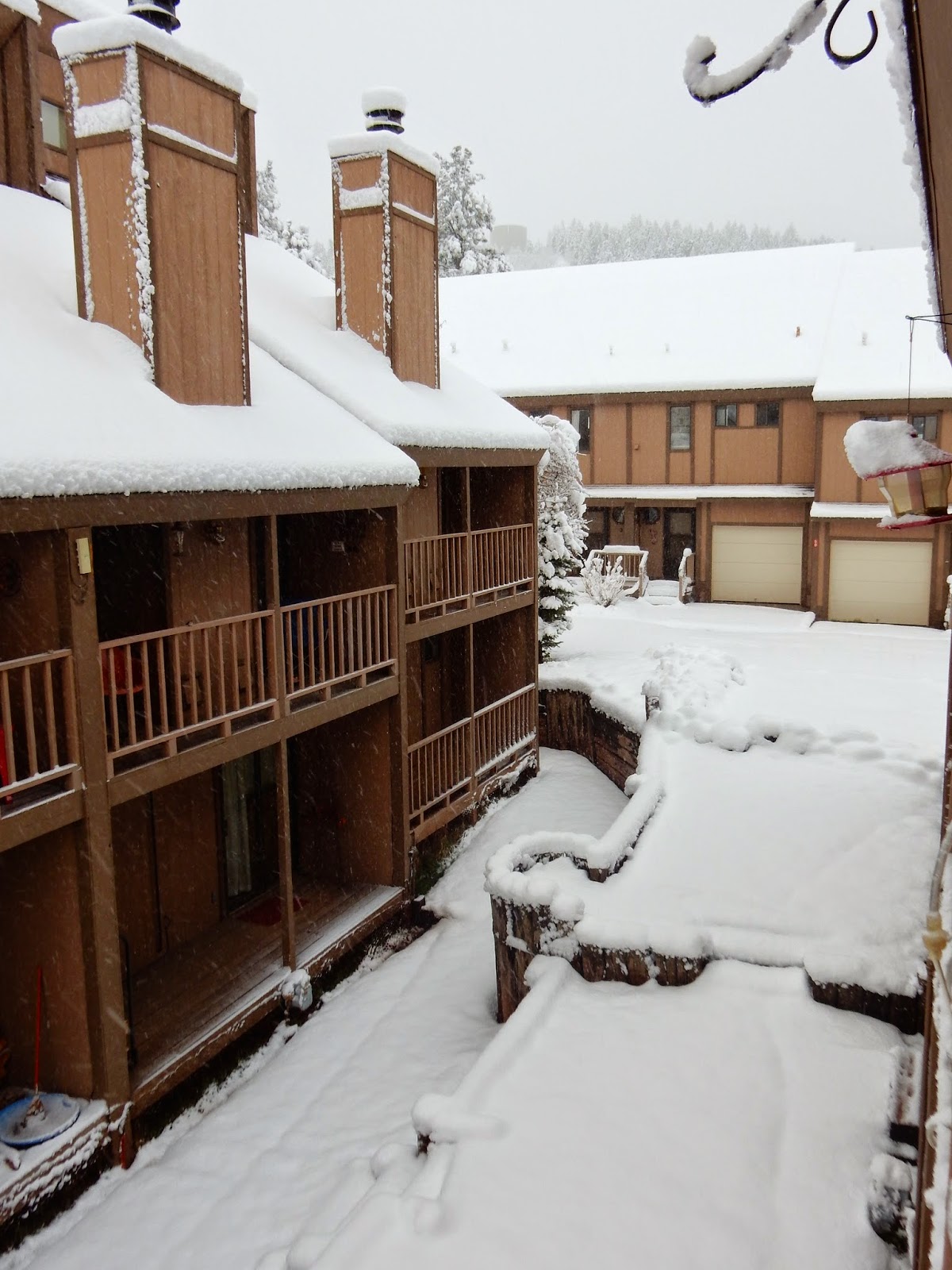 By early afternoon the tail end of the storm moved east, out of Moreno Valley. The wind died down and animals were hungry. Looking out around 2:30 P.M. the front yard was occupied with a herd of nine cow elk, pawing at the snow so they could feed on the green grass below. Normally this was way too early in the day for them to be out in the open, but since the storm prevented them from feeding last night, stomach were growling. They wanted food!

By late afternoon the warming sun that followed the storm was already melting the fresh snow.  Overnight the melt refroze,  adorning gutters and bird feeders with icicles by morning. 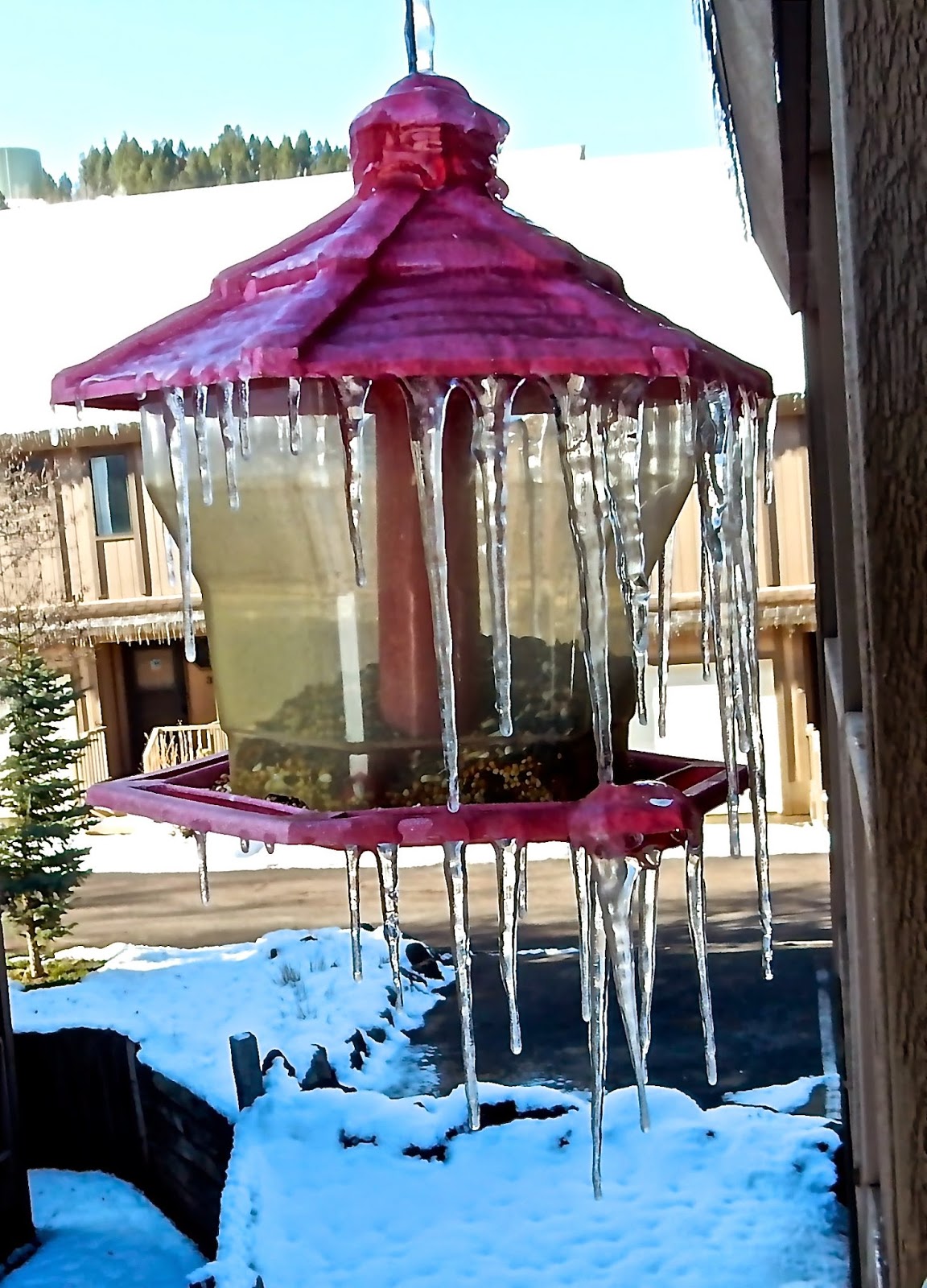 By late Tuesday most of the snow was gone.

What a fascinating 48 hours in the mountains,
seeing how quickly the weather can change and how it affects the wildlife that live here.

We are never too old to learn from Mother Nature.