Ever enter into a project thinking it will be an easy fix? Then all kinds of problems/issues arise, complicating the project from what was to be a simple afternoon...  into several frustrating months? Well, that is what happened in the Man Cave.

Our son Sergio was selling his KTM and GoldWing motorcycles in order to buy a work truck, but was short on time. I have never worked on nor owned a Honda GoldWing, but I knew he was regularly riding it so should be in good shape for an easy resell.

Trailered the 1982 naked GoldWing home from Austin in January. Is called a "naked" GoldWing because all of the fiberglass fairing and saddlebags have been removed.

Fast forward to the first of April. Finally finished patching, painting, drilling, taping,  repairing, reworking and rewiring the bike to sell it.  But not before ordering ten or more boxes of parts from eBay, then spending countless hours researching online how to actually work on a 1982 Wing. After the research came the hours and hours of actually wrenching in the Man Cave. 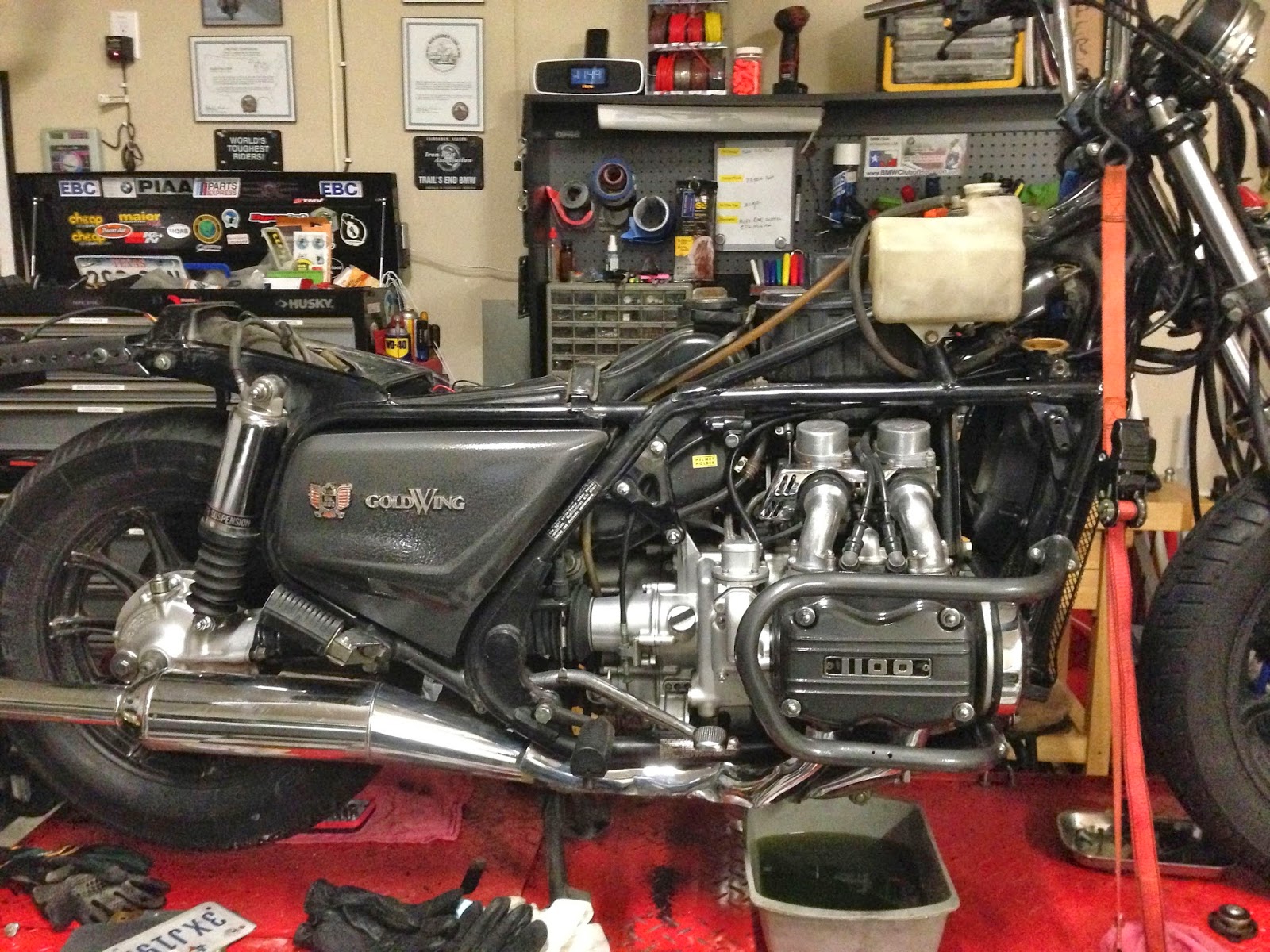 While there were lots of little pieces of the puzzle to fix, patch and repair, the biggest obstacle was the electrical system. Somewhere there was a major short, blowing fuse after fuse. Even melted a portion of the fuse block. Was not always predictable which fuse or bulb to burn out and when it would go.

Anybody who has dealt with electrical problems in vehicles knows they can be the most unpredictable, hair-pulling repairs to tackle. It doesn't take long to perform the actual repair, but finding the problem is exhausting. 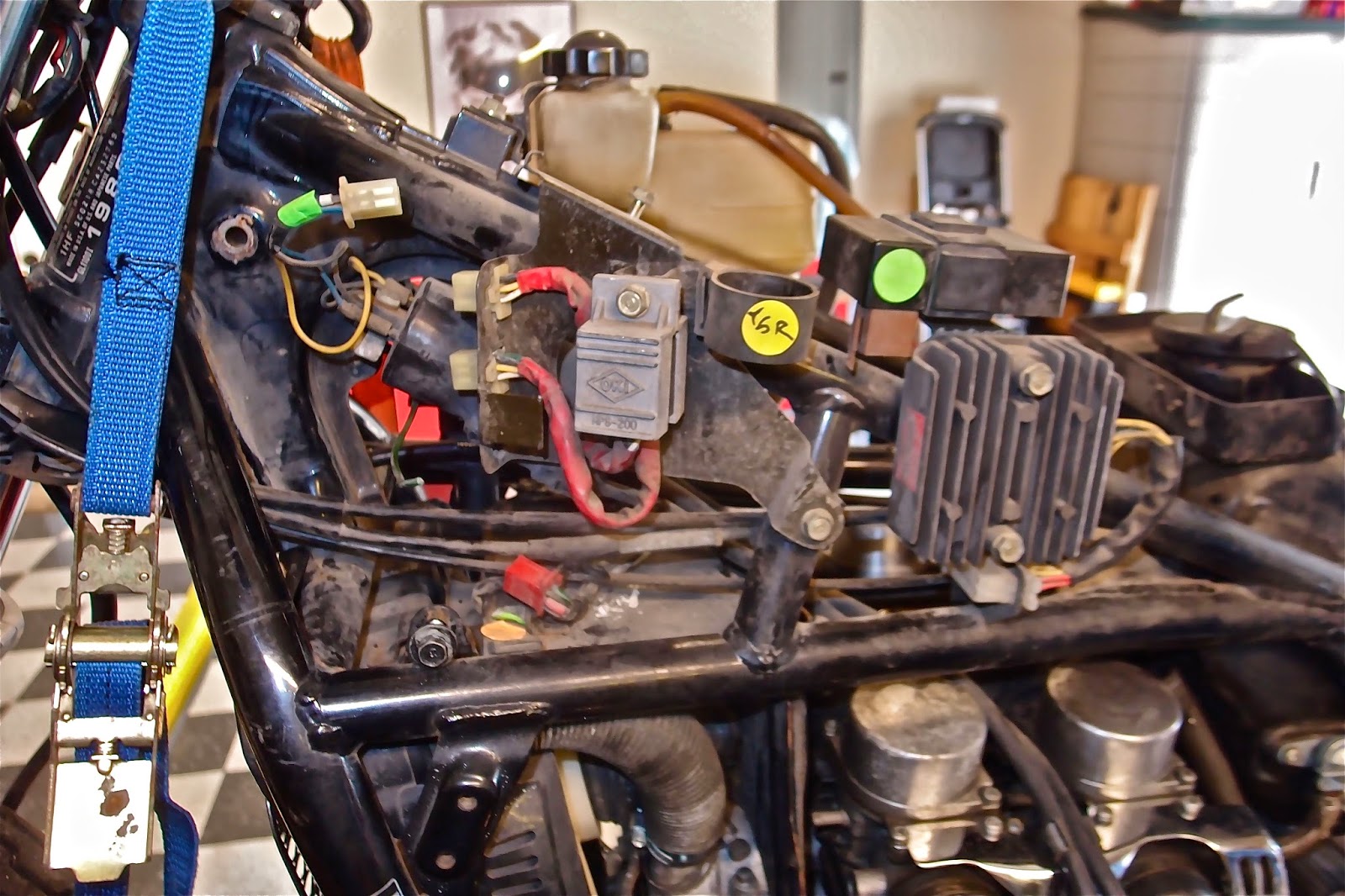 Miles of wiring and no wire works......Rip it out and start anew. 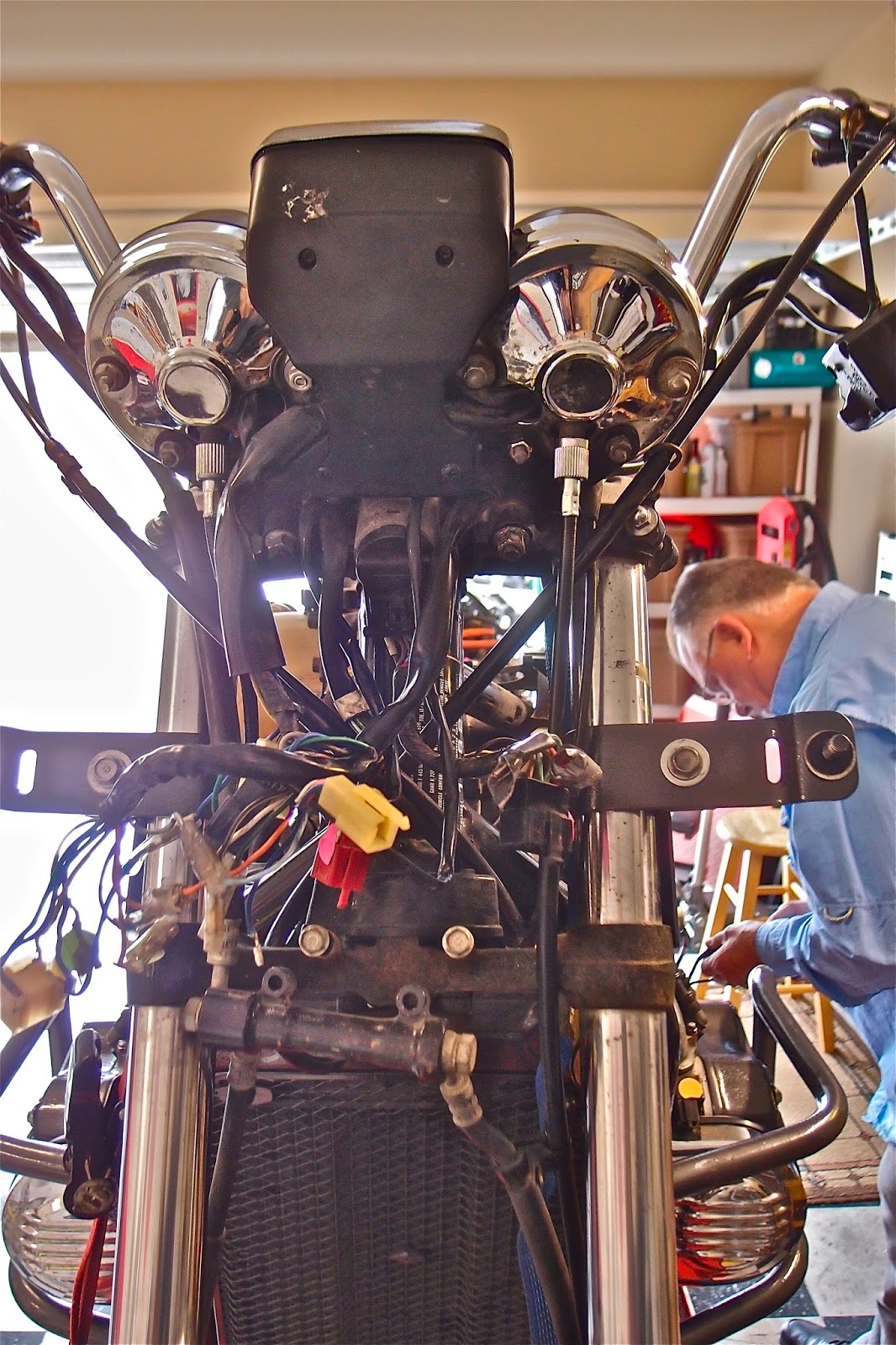 After spend several fruitless days trying to track down the problem(s), a decision was made to order a replacement main wiring set and rip out the entire main electrical wiring. The main wiring set is the central nervous system for a vehicle.  It controls, communicates and coordinates all of the functions on the bike.

One person can end up chasing their tail trying to find a hidden electrical problem. Two heads are better than one, so I recruited my retired neighbor Gary to be the second head and additional eyes for this project. Gary is holding the old and the new central nervous system of the bike. 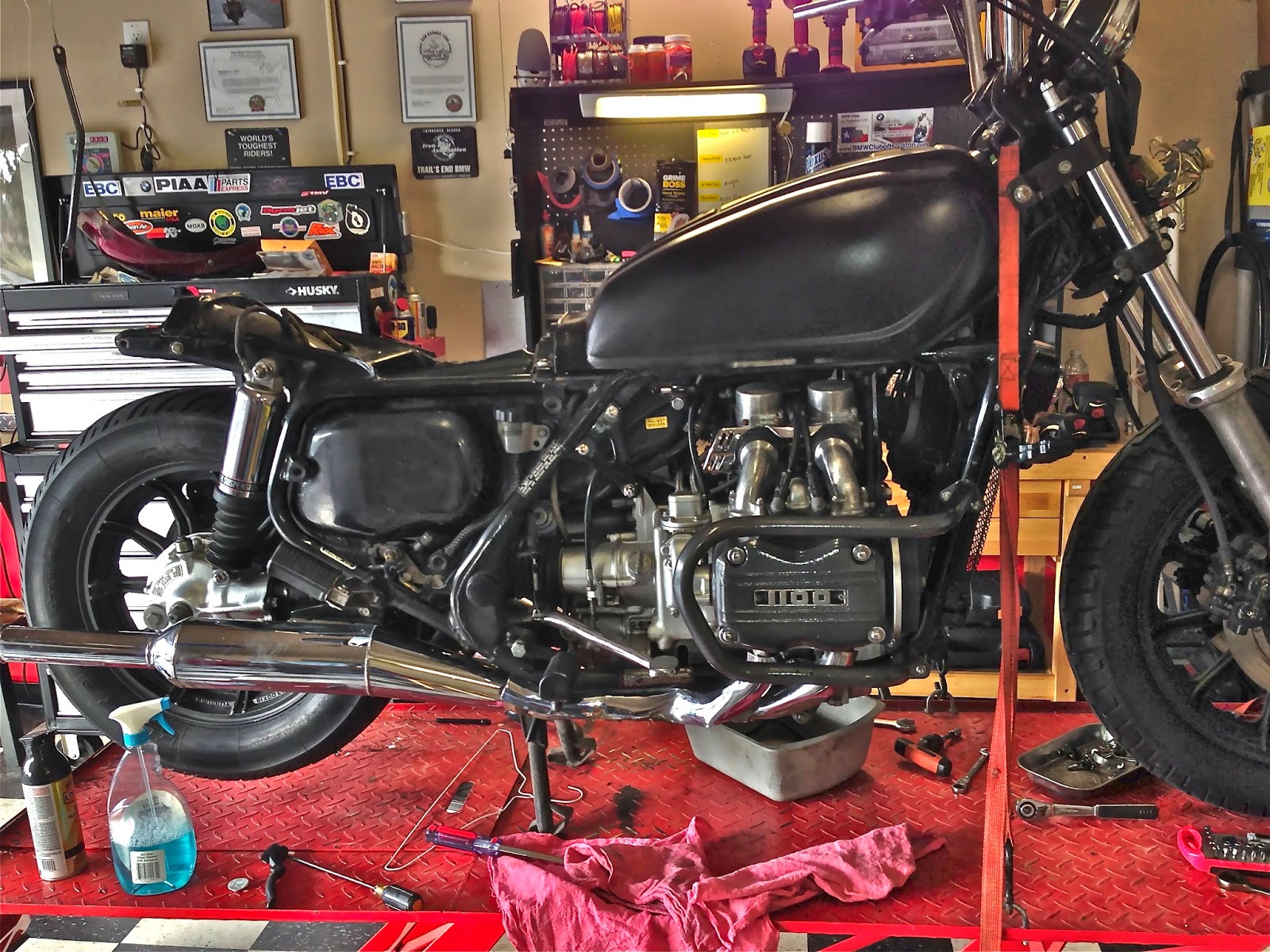 With the bike rewired and working, little by little the bike came back together. Finally the bike was reassembled and running great. Time to post For Sale By Owner on Craigslist. 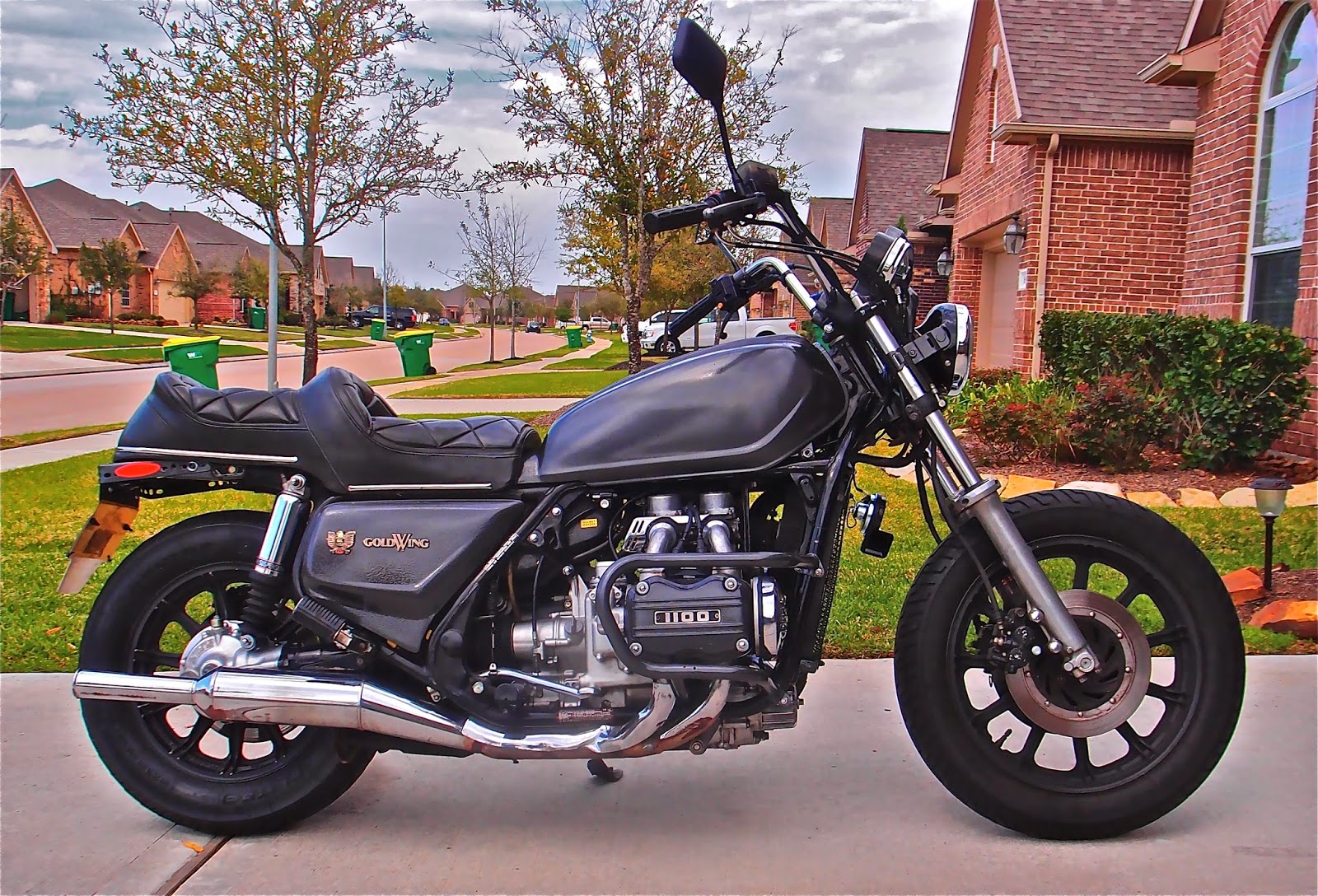 The first guy to test ride it, bought it.

Didn't make any money on the sale, only broke even ( and all the labor was free). But it was a great first lesson on wrenching GoldWings. There might even be another one in the future, who knows.

Da'mit was glad to have her space back in the Man Cave.