Fire in the Sky

Amparo and I drove up to Angel Fire, New Mexico last month (which is not New, nor is it Mexico), carrying a replacement stove for the condo.  Were hit with a dust storm in West Texas for hours and hours. Finally arrived at La Quinta Inn in Clovis, NM, only to discover there was a big dog show in town that weekend.  Seems every guest had at least two long haired dogs with them. Our allergies went into overdrive. Had to make a late hour run to the local pharmacy for relief.

We like to stay in La Quinta when traveling as they are pet friendly. Mona Lisa, our little chihuahua, travels with us on road trips. Chihuahuas don't know they are small as they have the heart of a lion. Great guard dogs and very protective of their turf.

The next day we made it to AF, but the allergy symptoms stayed with us. At the 8200 foot elevation, breathing was labored. Called around to find several high schools boys to carry the new stove up and bring the old stove down the stairs. Had them haul out two old heavy TV's too. Gave the TV's to the boys and took the old stove down to Taos on the back of my truck. While eating lunch at Michael's Kitchen, I mentioned to the waitress we had a half-working electric stove for anyone who wants it. Price: FREE. Within a few minutes, the stove was gone.

Unfortunately, our problems breathing got worse. Lots of coughing, hacking, plus it moved from a head/sinus issue to a chest/breathing problem. Finally Amparo took me to an Urgent Care facility that is more accustomed to treating breaks and strains due to skiing accidents, than respiratory problems. We were thinking it could develop into pneumonia. Caught it in time. Had not reached the lungs yet, though they did put me on a special breathing machine that misted a medication into the lungs for an hour.

While we were there, a grandmother was brought in also with breathing problems. Her's had developed into pneumonia. She was transported via ambulance down to Taos, which is at 6000 ft.

Doctor told us "Do not try to travel while taking the medication" he prescribed.  Stay still and rest. So what was to be a quick five day trip up and back, turned into a ten day "vacation" of sorts.

But the real reason for writing all of this is to showcase several photos I took while up there.
First, a heavy wet snow... 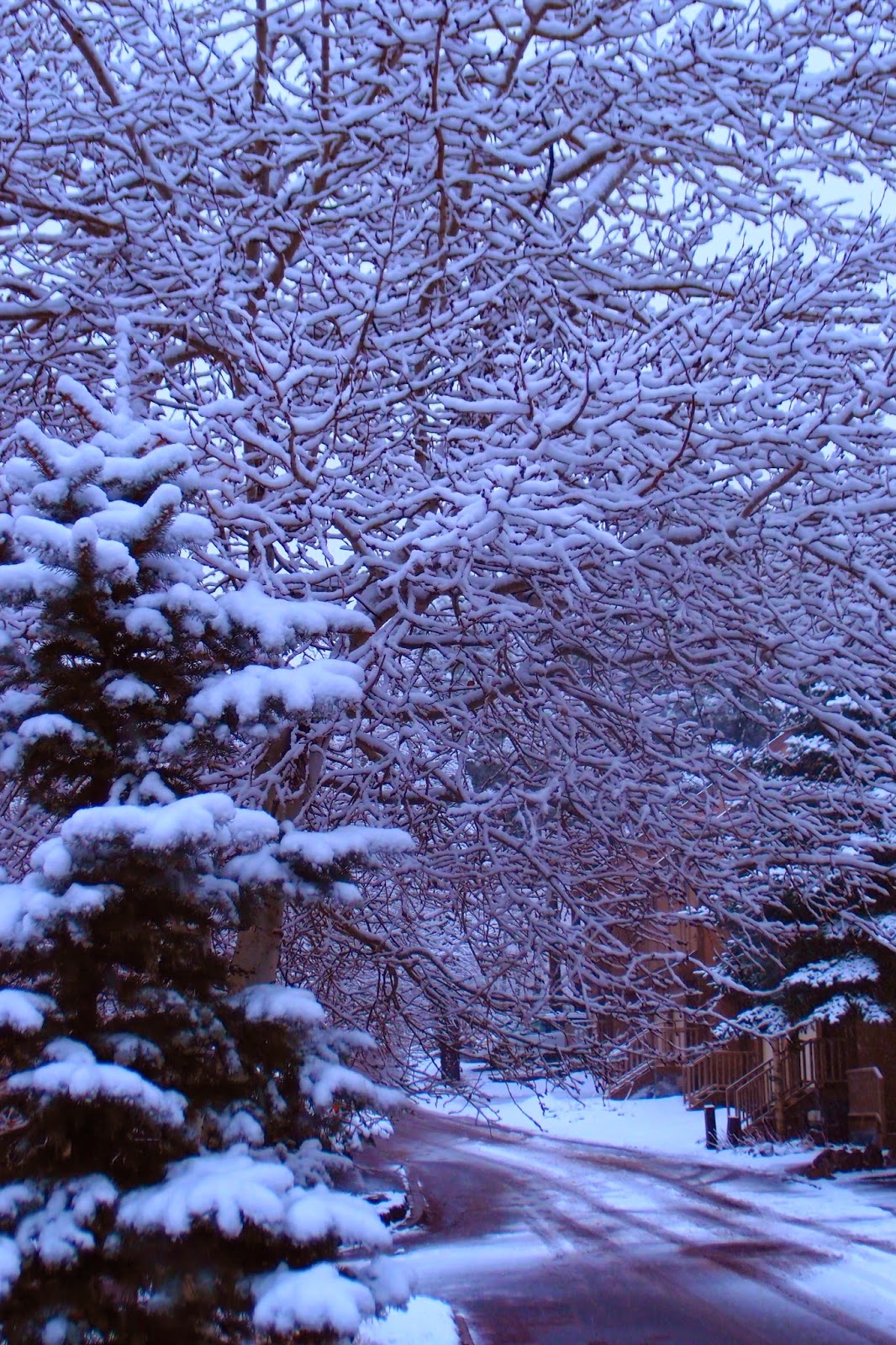 Then, tried a different setting on the camera to get this shot... 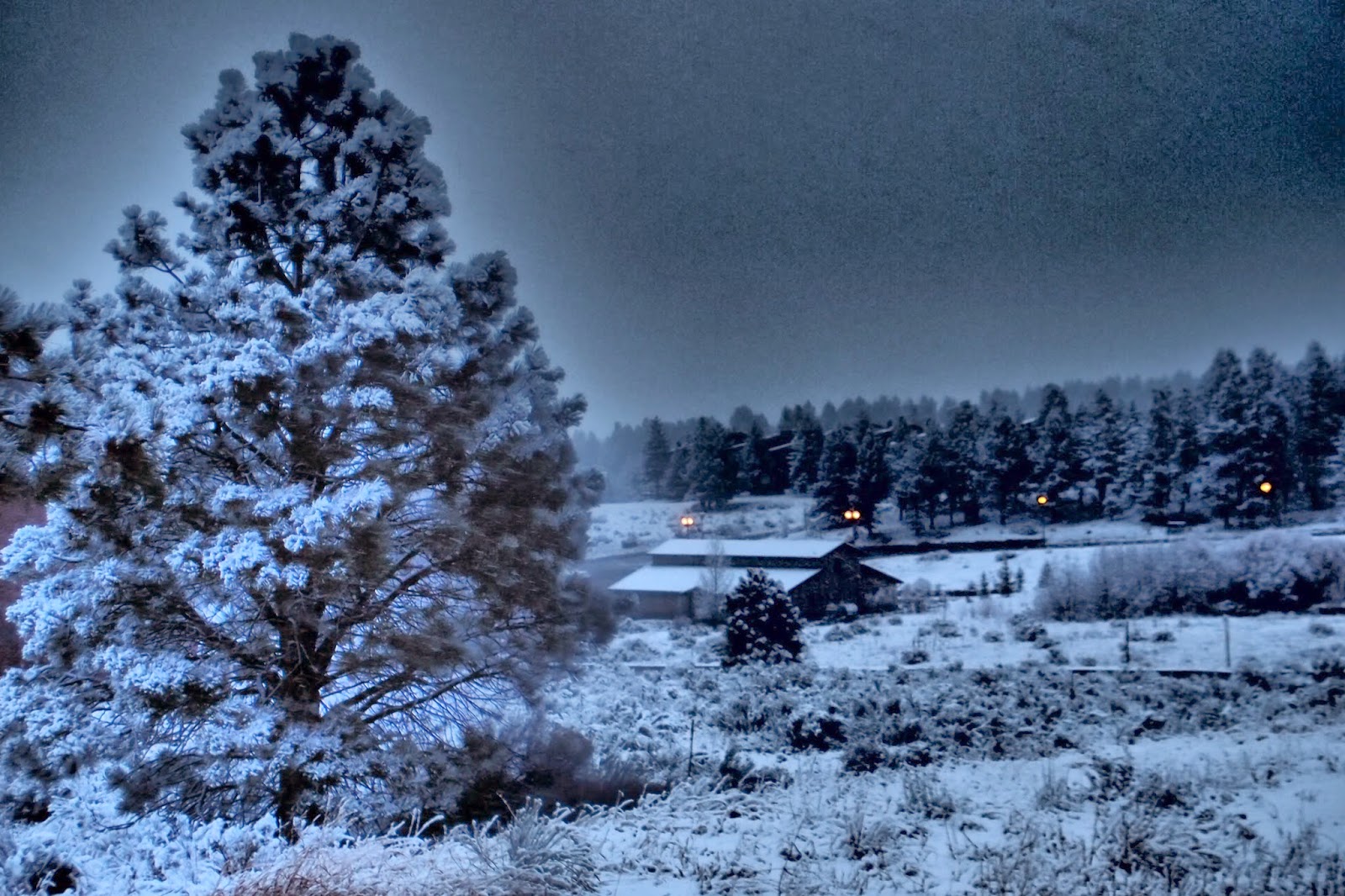 And by the next day all the snow was gone.

If you wonder how Angel Fire got it's name, look at the next two photos.  This is sunset. The first time you experience this sight, you swear the mountains are on fire.... 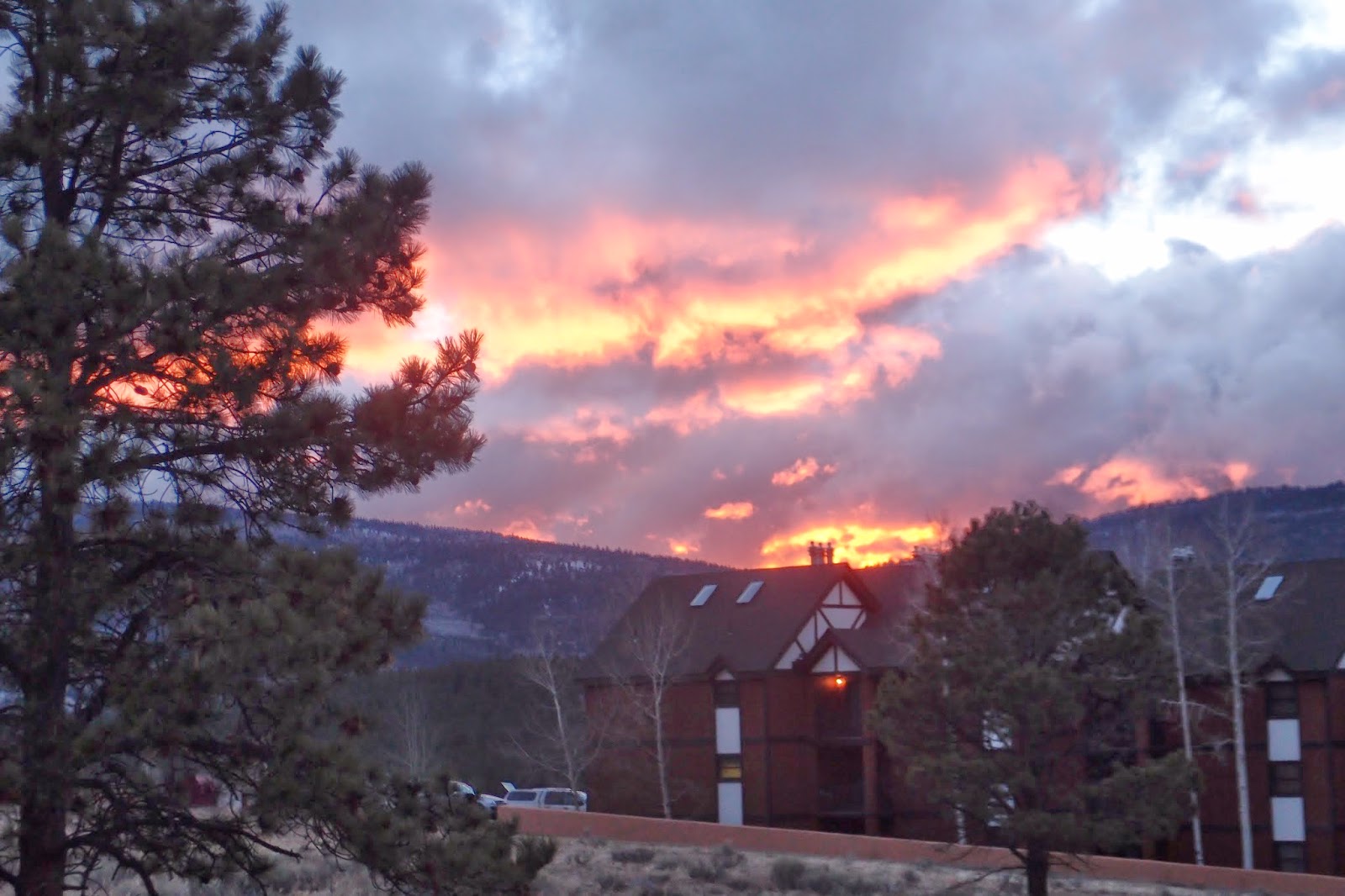 Then, using a color enhancement setting on the camera, I got this shot. 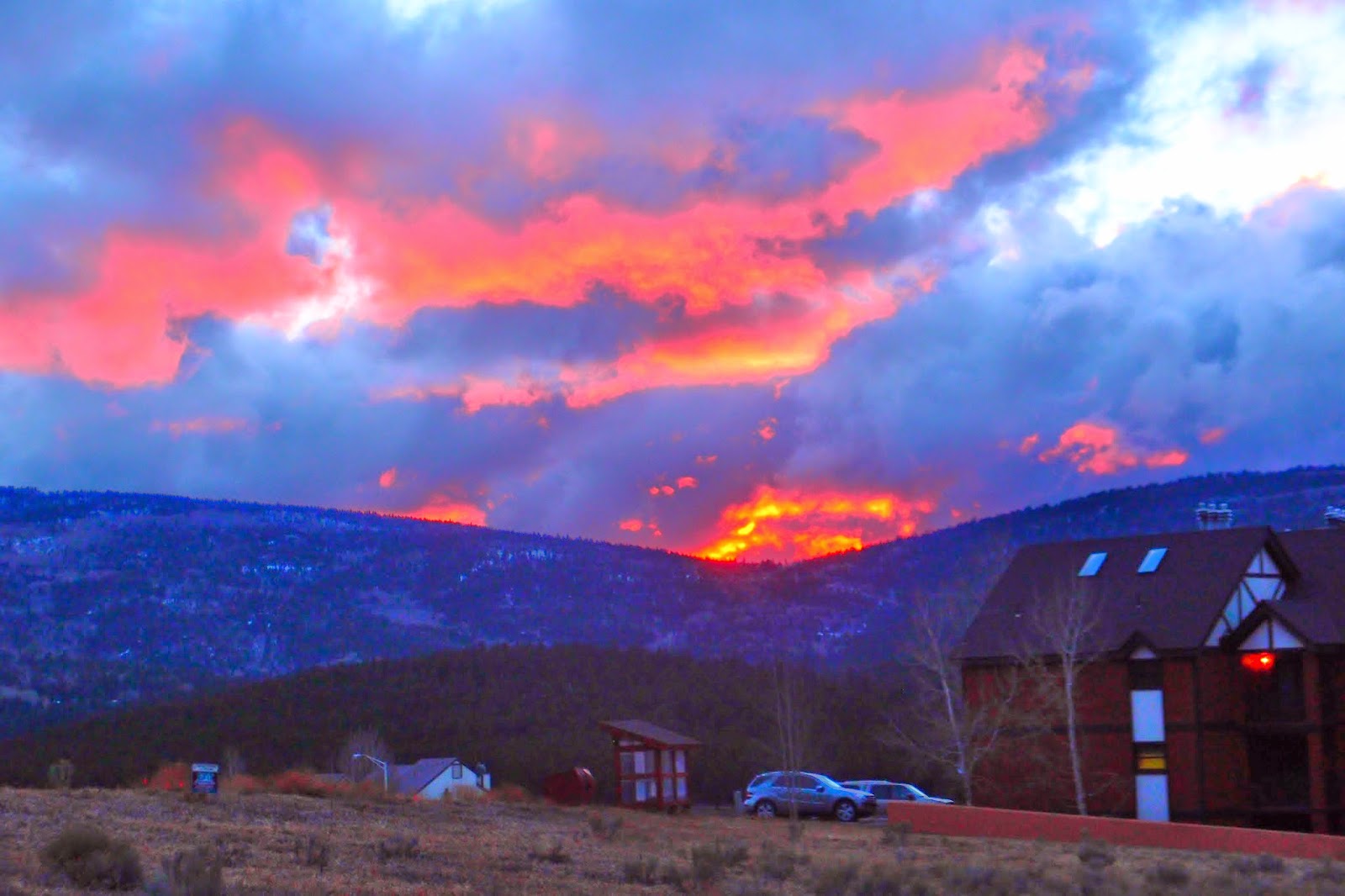 The mountains in Northern New Mexico are constantly surprising us with intensity of its colors. Then when you see the native crafts and works of art, you recognize for where they got their inspiration.

The return to southeast Texas was uneventful, though the bronchial problems caused us to miss our grandson's birthday party in northeast Texas. Took another two - three weeks before we were both free of the allergy attack.