September in the Southern Rockies

An unusual cold front channeled a snow storm down thru the Rockies, across Colorado and into northern New Mexico the week after Labor Day. Decided to delay the drive back to NM for a few days for the roads to dry.
Night time temperatures are now down into the 20's even though the snow is gone.  The aspens will not start turning yellow for a few more weeks, but they are still beautiful trees. Found a nice grove to snap a few photos of the BMW-EZS sidecar rig. 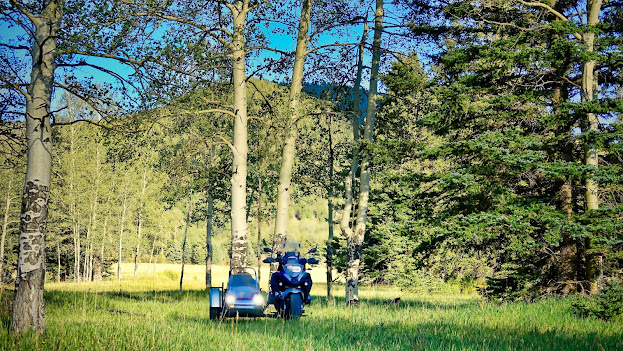 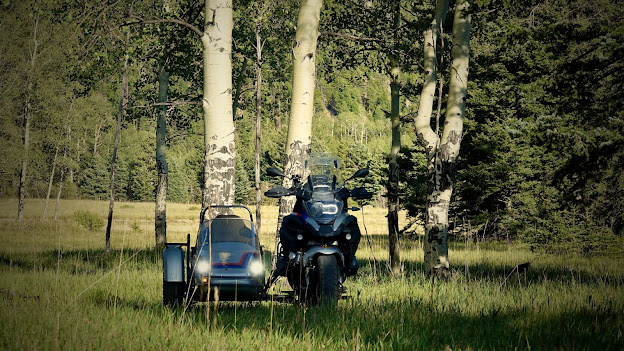 ... then came across an aspen forest of young trees. Someone told me that aspens are all connected via roots underground. From the roots a new sucker spouts up, adding another tree to the forest.  Is that true? 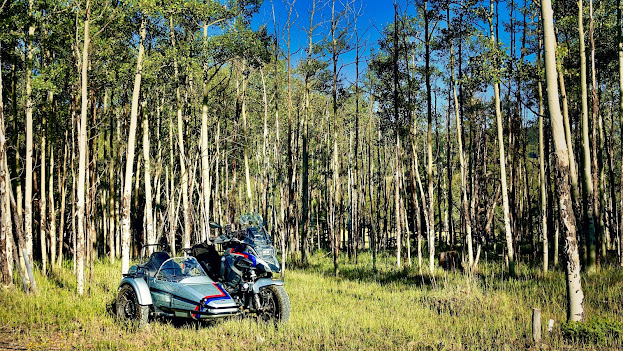 Inspite of freezing nighttime temperatures, did venture out for a few more milky way shots. Did not see any shooting stars that were so prominent in August,  but the planets Jupiter and Saturn are still visible. 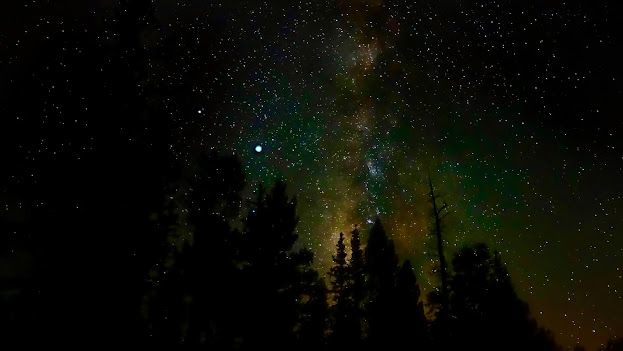 For the milky way shots, I get away from the lights in the village to avoid any light pollution.  My escape into darkness is the Valley of the Utes (Indian word for Elk).
Later when I drove back down, the moon had risen. Too bad there wasn't a blanket of snow on the ground to reflect the moon's brightness.  Ah, well in a couple of months that will be the norm. 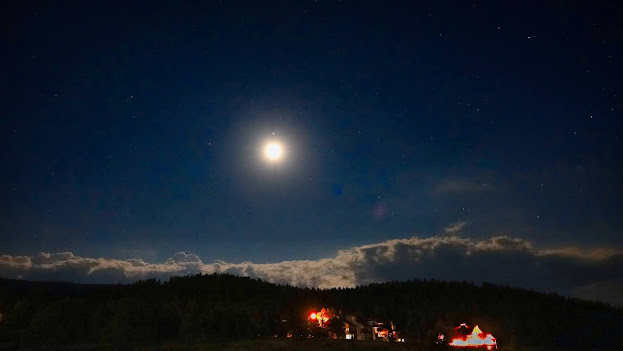 Stay safe and healthy my friends
CCjon
Posted by CCjon at 8:43 PM