Joined a small group of photographers to take in the running of the Houston Marathon today. The weather was cool, windy but bright and sunny.

Being my first venture into photographing marathoners, was a great learning experience.
Following are a few of the shots I like. Let me know which ones you like.

The handicap cyclists start out first. Each cyclist has a safety officer immediately behind them as there are numerous trucks and vans equipped with video equipment on the route filming the marathon leaders.

Photographers were lined up along the route to catch the action.
All looking for that perfect shot. 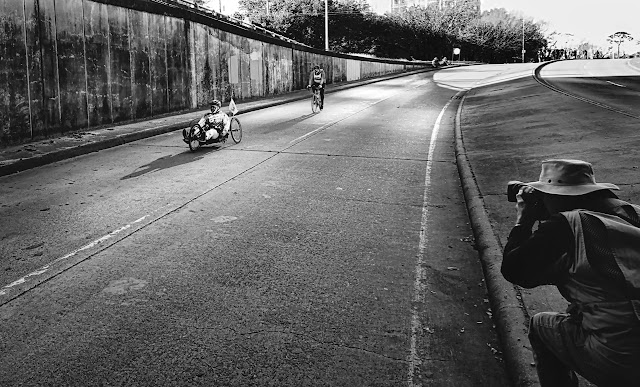 On an up hill portion racers slow down so taking their picture is easy with little blur.

There is no pedaling on those rigs. All 100% arm muscle to move you along.
Would not wish to arm wrestle one of these folks. 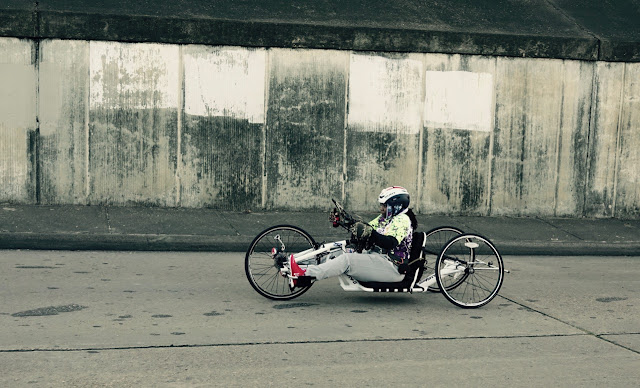 Liked the play of light in this simple shot. 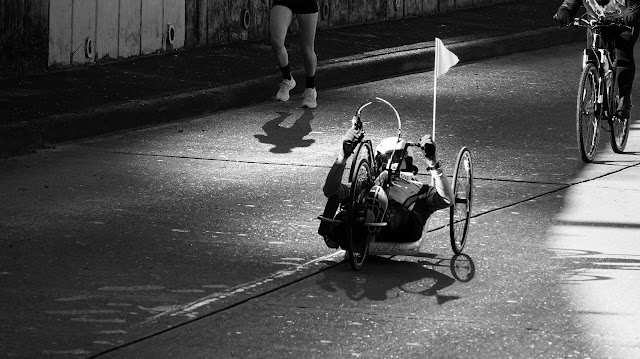 Then came the runners, one by one...
There was a large gap between the top marathoners and the also rans 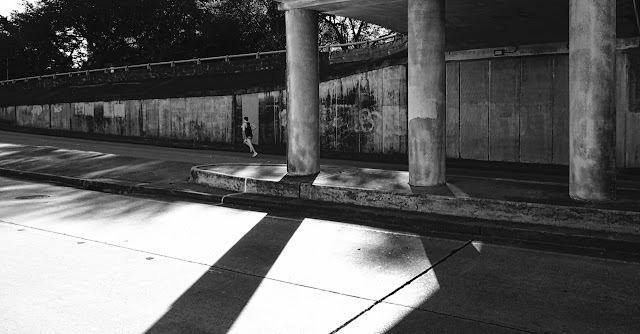 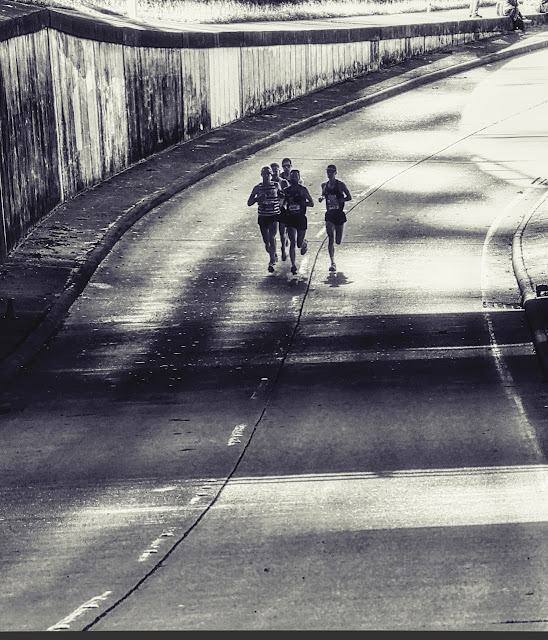 Many runners would let someone else set the pace while they do their best to keep up...

Stationed myself on an uphill portion of the marathon, mile marker 22.
Runners are getting winded, having exhausted their energy reserve by now.
It shows in their faces.

Many have "hit the wall", dropping out before reaching this point. 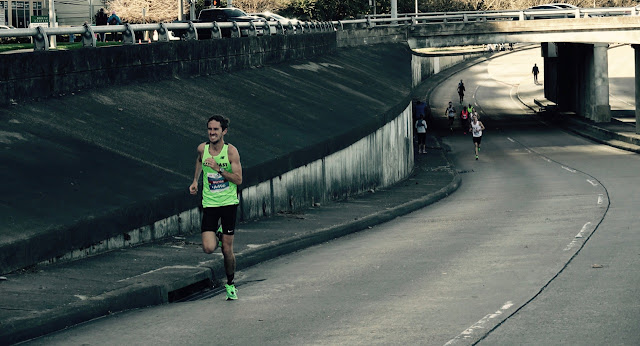 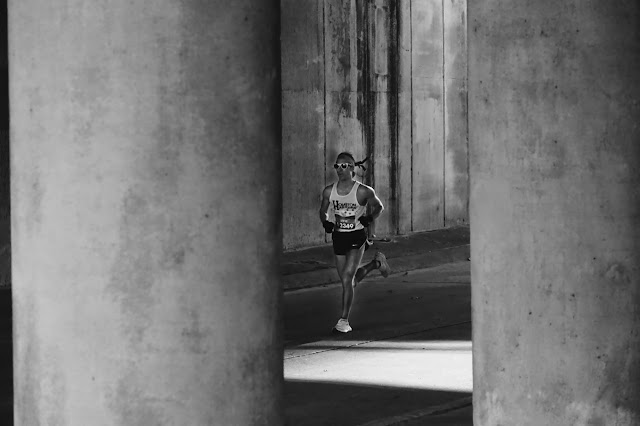 Determination and will power is what keeps them going at this point. 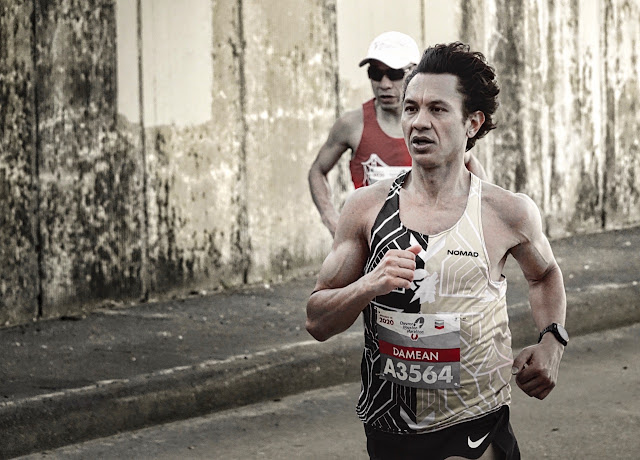 You have to wonder... did she complete the final two miles?
I hope so. 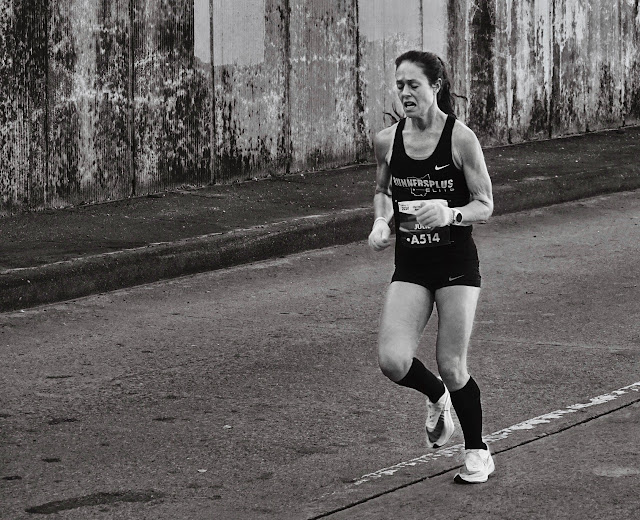 Running with a support group of friends helps one to tough it out. 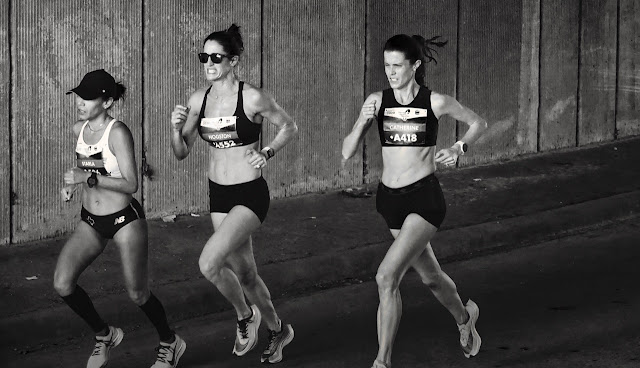 And my favorite shot of the day... 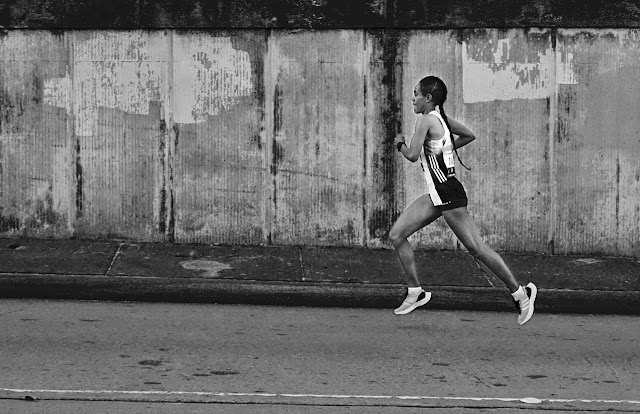 At mile 22, she did not look tired. Her step was high and light as she floated along.
She ranked among the top finishers.

Hope you enjoyed the marathon as much as I did.
Of the hundreds of photos taken, these are the ones that made the cut.

See you on down the road.