Odyssey of the Mind 2015 World Finals 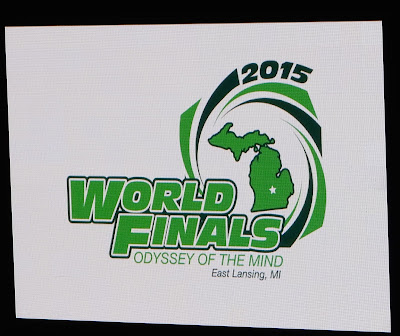 Had never heard of Odyssey of the Mind competitions until our 8 year old grandson Hudson got involved with the Hallsville North Elementary team.  It is a competition in creative problem solving and team work. Each seven student team must create, design, make, present and perform a solution to one of five problems with only adult guidance. No adult "doing".

There are five "problems from which each team selects one to solve. There are four divisions grouped by age for each problem in the competition,  They are:

All four division on each problem have the same restrictions on height, weight, etc. At the higher levels, naturally the solutions presented are more technical and creative.

Each school's winning team advances to Regional. Those winning teams advance on to State. The top two teams in each division at State advance to the World Finals.

After winning north Texas regionals and coming in second at the Texas State competition, Hudson's team from Hallsville North Elementary School was invited to compete in the World Finals to be held in East Lansing, Michigan.  They are the youngest Texas team to compete at a World's Final. There are two third graders and five second graders on his team. The problem they selected to solve was "Lose Your Marbles".

Lose Your Marbles problem requires that the team build a balsa wood structure 12" tall and weigh no more than 18 paper clips. The structure must also incorporate five marbles that are to be released using a team designed device during the weight placement process. Weighs are placed on the structure until it collapses. These fragile structures are known to hold over 1000 pounds. Points are won for the most weight supported. While weights are being  placed on the structure, a team written and designed skit is presented by the team members that must incorporate required statements and themes.  More points are awarded for the skit.


Here is a sample structure before being crushed with weights. Not Hudson's team, but one I surprisingly saw lying around. Most team's structures are tightly held secret, carried in a rigid case  until their presentation. Some even complained that the humidity was causing their structure to weigh more than it did at home.... that's splitting hairs IMHO. Hmmmm, wonder if they used SAE paperclips or metric ones? 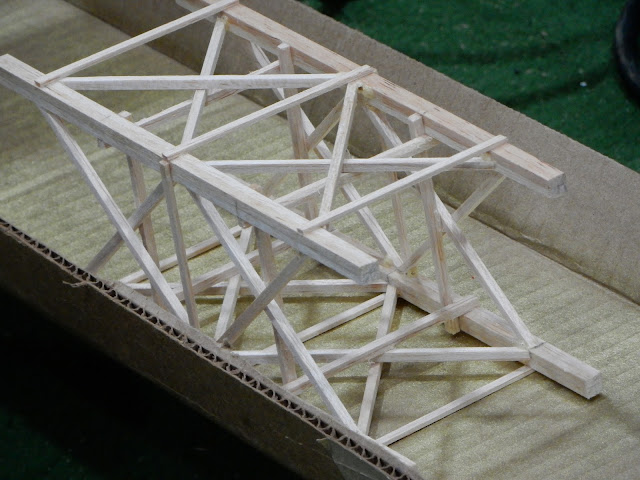 In the balsa wood structure problem, your structure is destroyed at each level of competition. Therefore a new structure must to be designed and built in order to compete at the next level. Hopefully you have learned from each previous structure and your next one is stronger and better.

In addition to coming up with a solution to the balsa/weight problem and skit, each team must also compete in Spontaneous Problem solving. Here each team is taken into a room without their team coaches. Judges give the team a problem to solve in a short period of time. They are awarded points for teamwork, problem solving and creativity in presenting their solution.

In this years World Finals, there were 847 teams from around the world: China, Poland, Japan, Taiwan, India, Hong Kong, Russia, Canada, Mexico and many other countries were represented as well as most of the 50 states. The four day event was hosted by Michigan State University.

With over 14,000 participants; coaches, chaperones/parents, judges, officials and volunteers, the campus was buzzing with activity and energy. So here are a few of the photos from the happening....


Teams sharing space while uncrating and assembling their props for the skits. 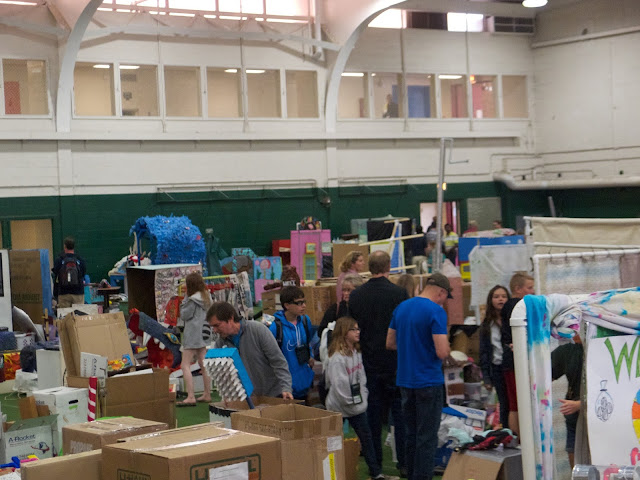 Emphasis is on TEAMWORK. 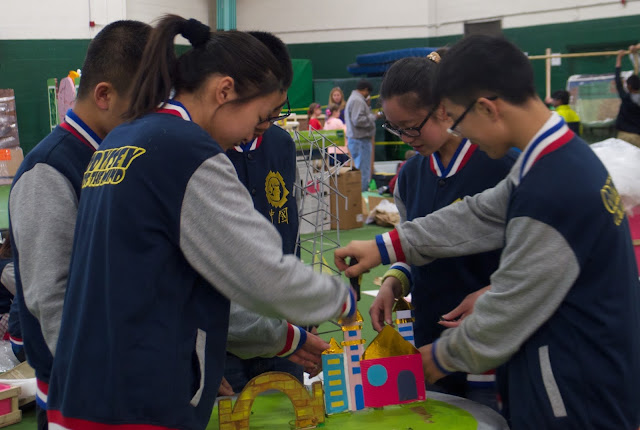 Welcoming ceremonies for the 14,000 attendees with fireworks and flames... 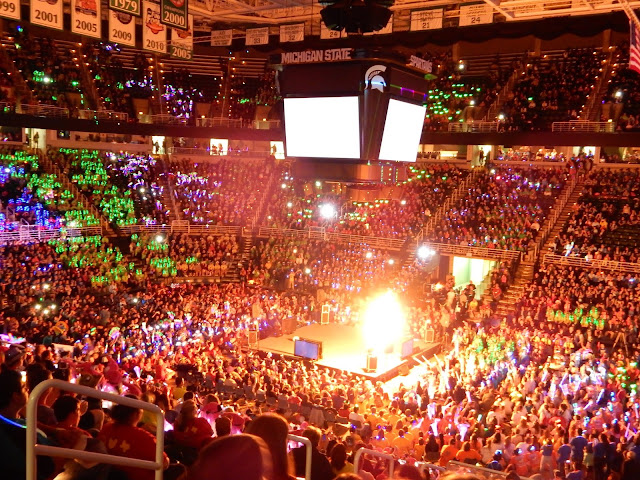 Next morning,  a quiet campus awakens to international competition... 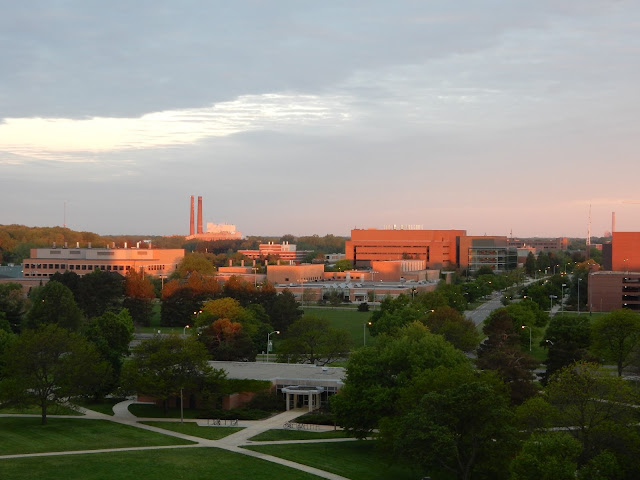 The Hallsville North Elementary team is ready to rock'm... 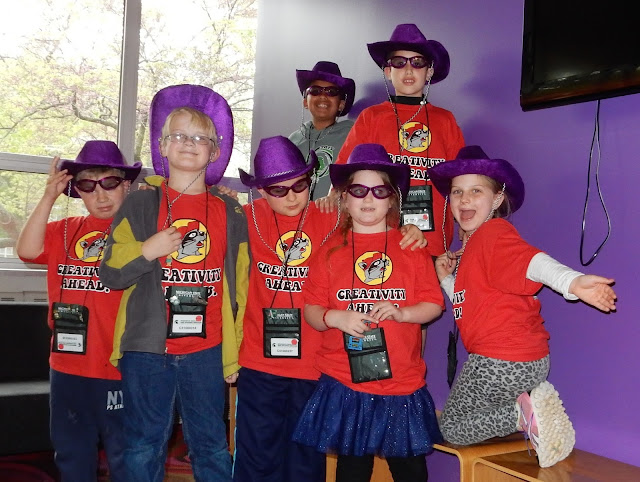 Nervous students, coaches and parents listen to the final instructions before going on... 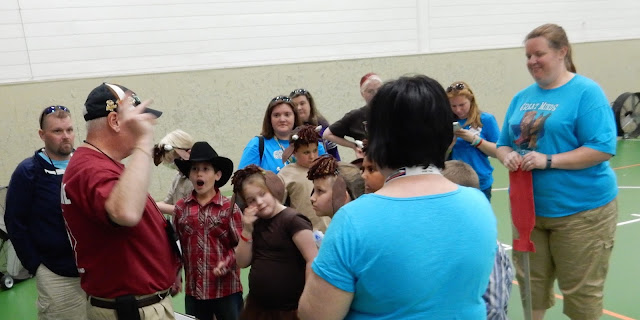 Thomas says: "Bring on the weights!" 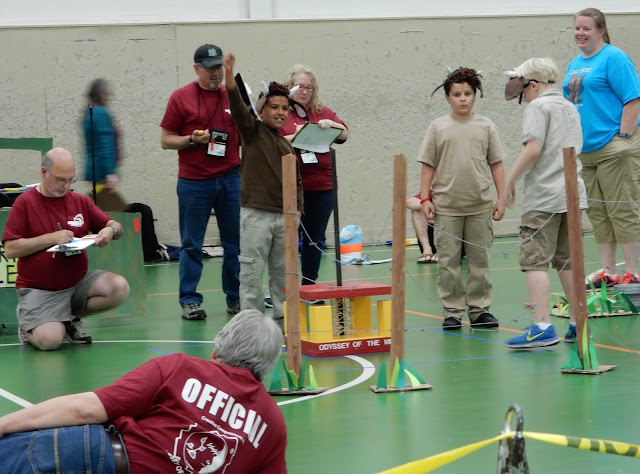 While the weights are stacked on, the skit goes on... 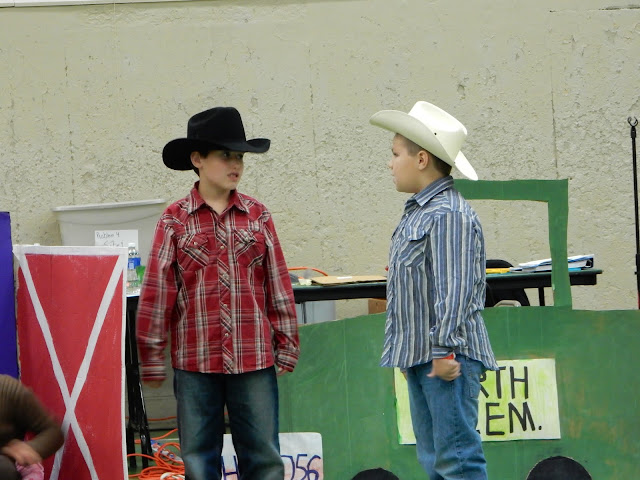 One pound too many, balsa fails and the structure buckles... 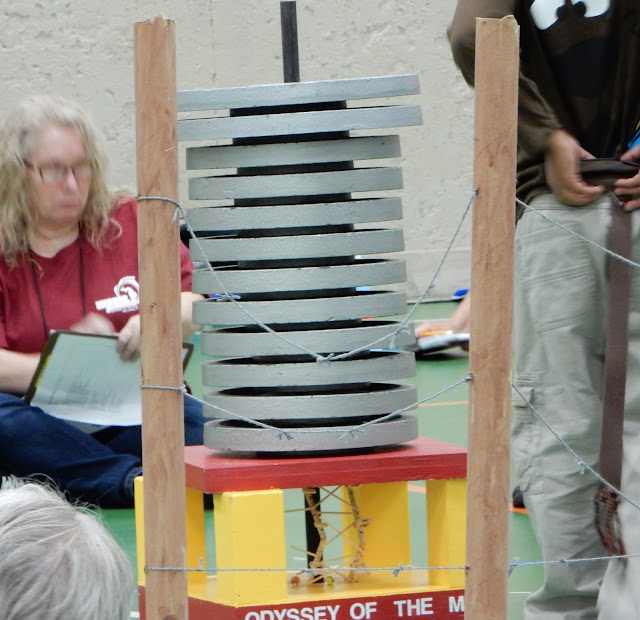 Later we watched the Forest Hills High School from Grand Rapids, MI present their skit. Their coach said the four seniors on her team have been competing in the Odyssey since third grade.  It showed in their presentation and weight held. (They took second place). 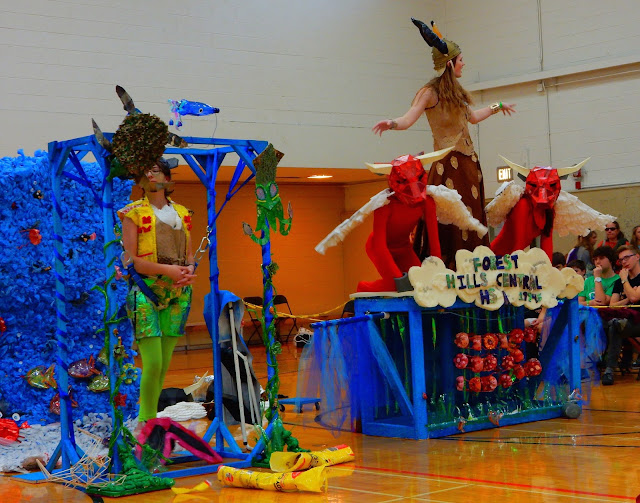 There was time for fun and games too. Silly String even makes parents smile. 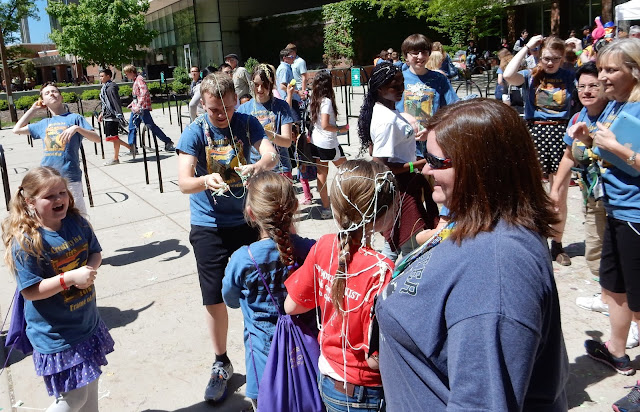 Waiting to enter the Awards Ceremony the final night 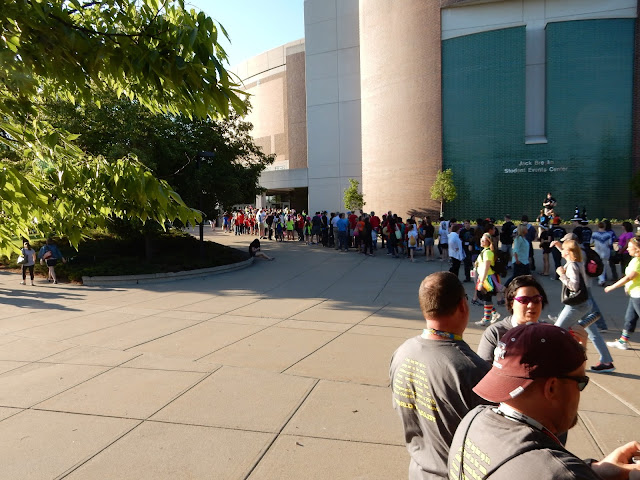 No one knew who would win so the arena was packed to see if you would go home with a trophy. 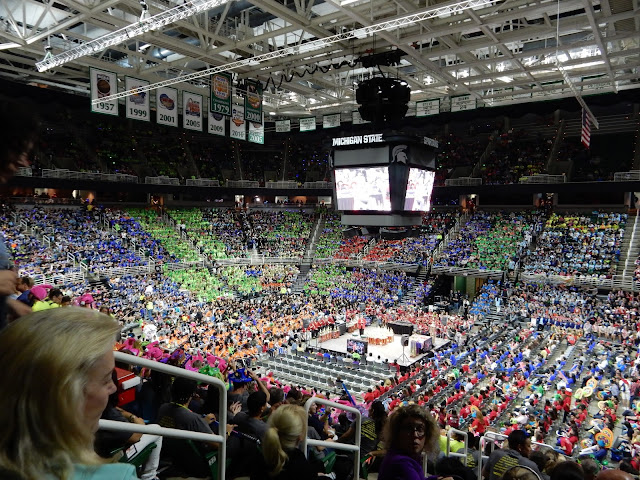 And then it was over. Another long two days driving back to Texas.  Hudson and his team are excited with what they saw and experienced at World Finals. They are already talking about competing again next year on one of the new problems at Finals in Ames, Iowa. (Every year is a different set of  problems to solve).


Oh, how did they do? The youngest Texas team competing in Div 1 Losing Your Marbles problem, came in 27th out of 45 teams.  Congratulations to Hudson, Coach Amy, Charlie, Chelsea, Kate, Coach Danyelle, Ben, Jase and Thomas. Good creative thinking and positive attitude will serve them well in life. 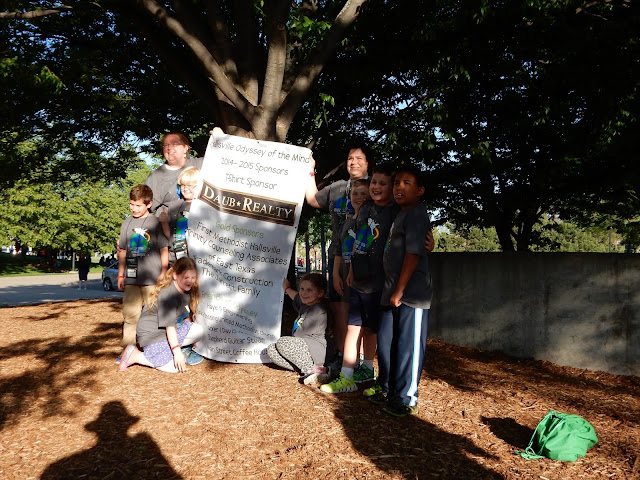 Full disclosure: I was invited as chaperone for Hudson since neither his father nor mother could get off work. A chaperone is required for each elementary school attendee. Am glad he and I had that time together, we both learned a lot about creative problem solving. Although in all honesty I think I had as much if not more fun than he did. Am just a big kid in a grown-up body.