Recently I gave a PowerPoint presentation to members of the Houston BMW Club, the topic,

The year was 1969,  Panama City was not the modern metropolis of skyscrapers one sees today. 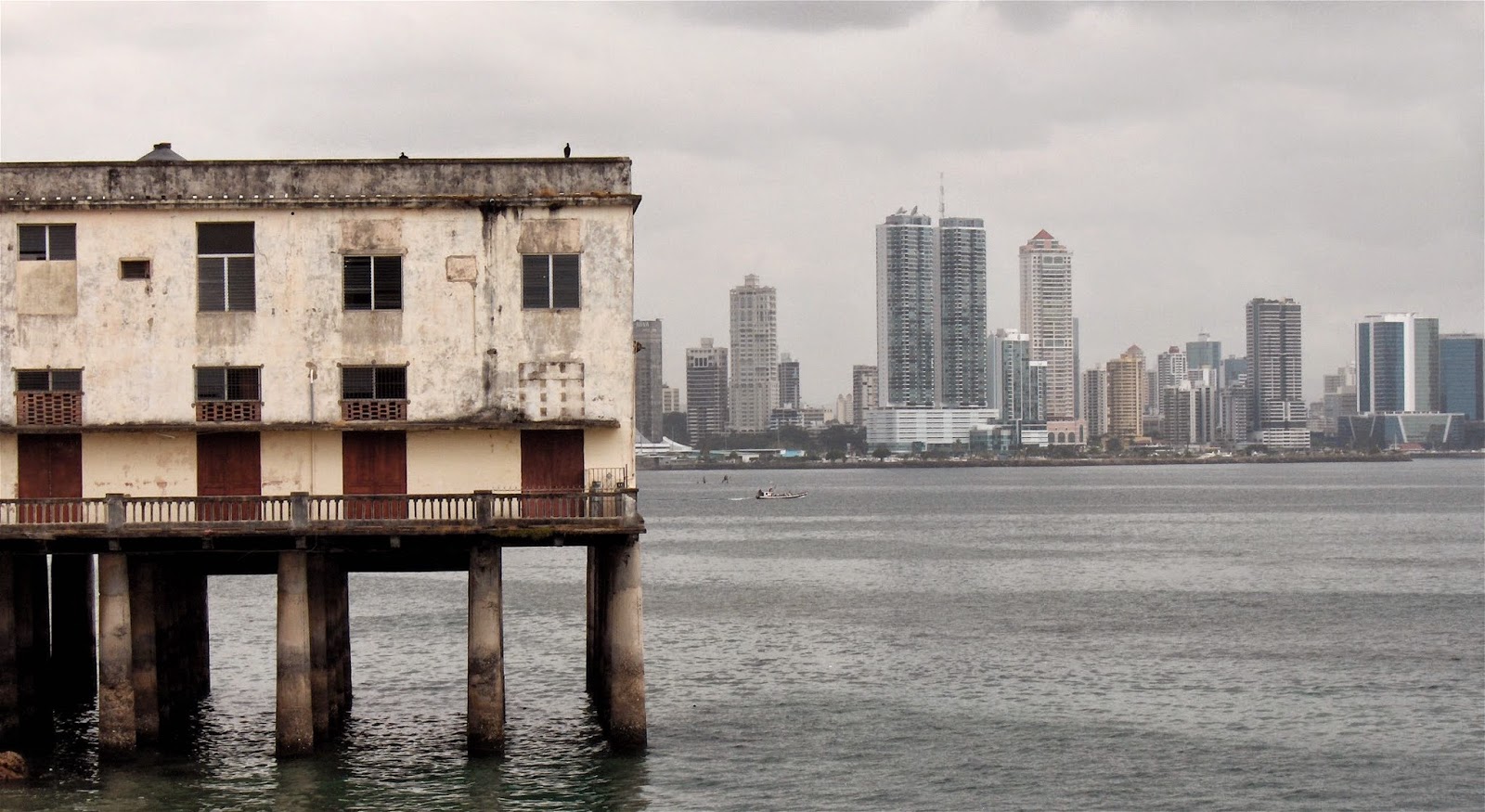 In fact, for me it was not even as modern as in this old postcard photo below. As I was living and working with the Embera' indians in the Darien jungle. 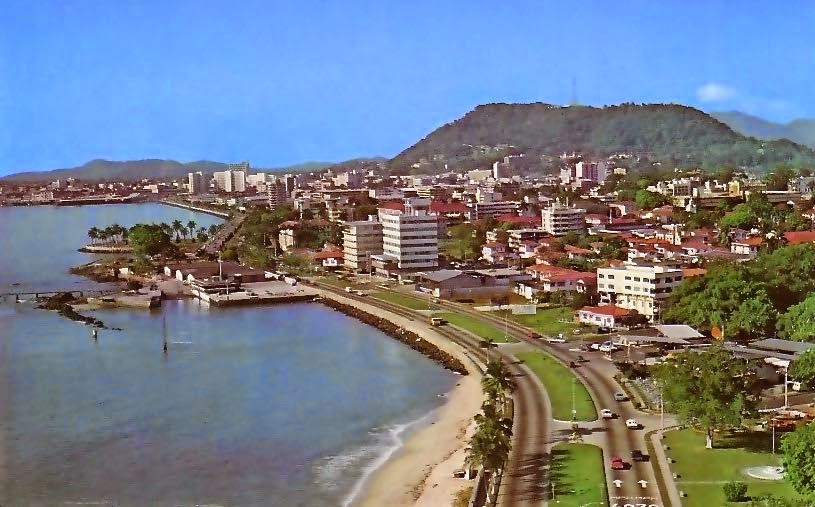 El Real de Santa Maria was a small village in the middle of the Darien. There I lived while working with the Embera' natives who populated the inner recesses of the jungle.

Google "Darien Gap" if you want to learn more about this one remaining incomplete section of the Pan American Highway.  The Pan Am Highway is the longest motor-able road in the world, stretching from Prudhoe Bay Alaska to the southern most tip of South America, except for the "Gap". 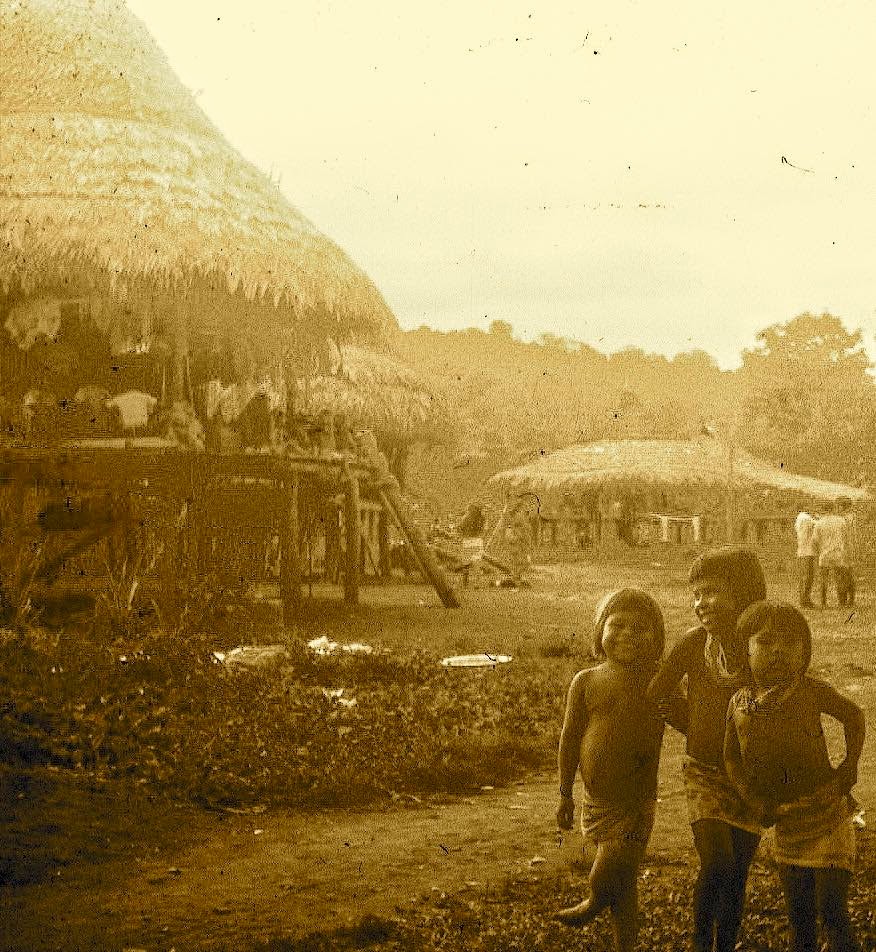 A couple of the Embera' men who had a few too many "Chicha Fuerte" drinks. 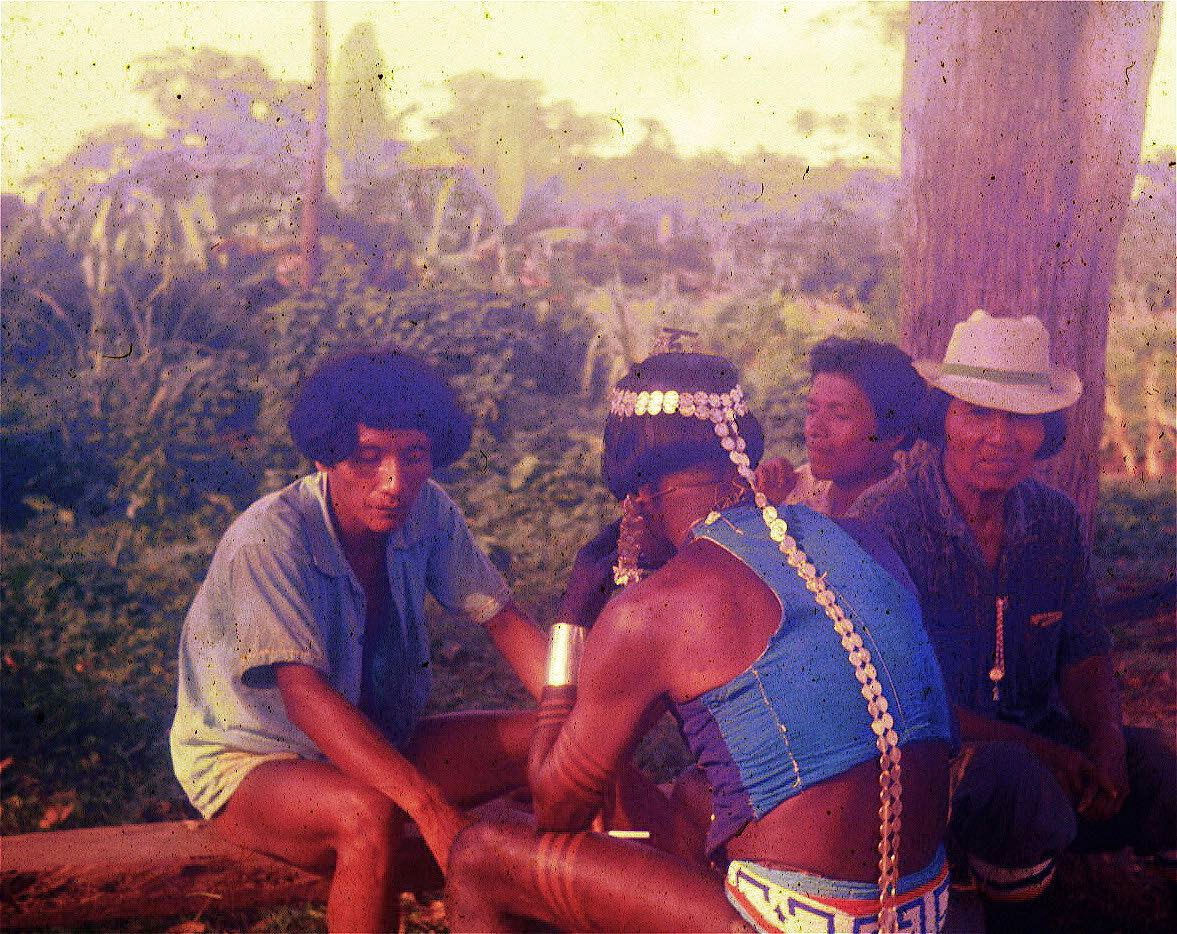 The final year in Panama was spent assisting the Nobe Bugle natives in constructing a health center on their land high in the mountains of western Panama. 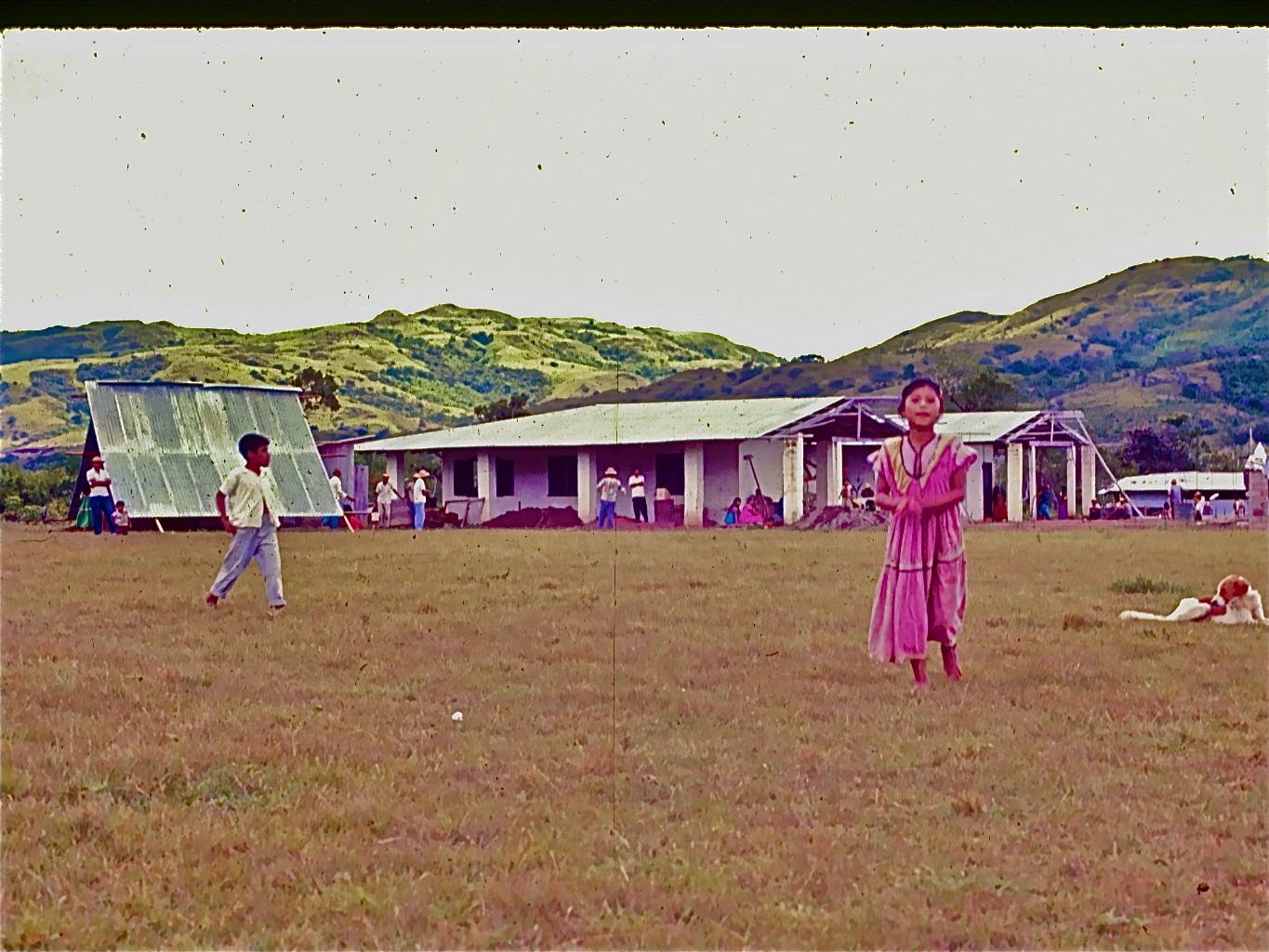 The site, Llano Ñopo,  was one of the few level pieces of land in the mountains. And only eight hours by horseback to the nearest town.

In the mountains, the houses are built low to the ground with dirt floors. The high peaked roofs shed rain quickly and allowed smoke from the cooking fire to rise above the living area. 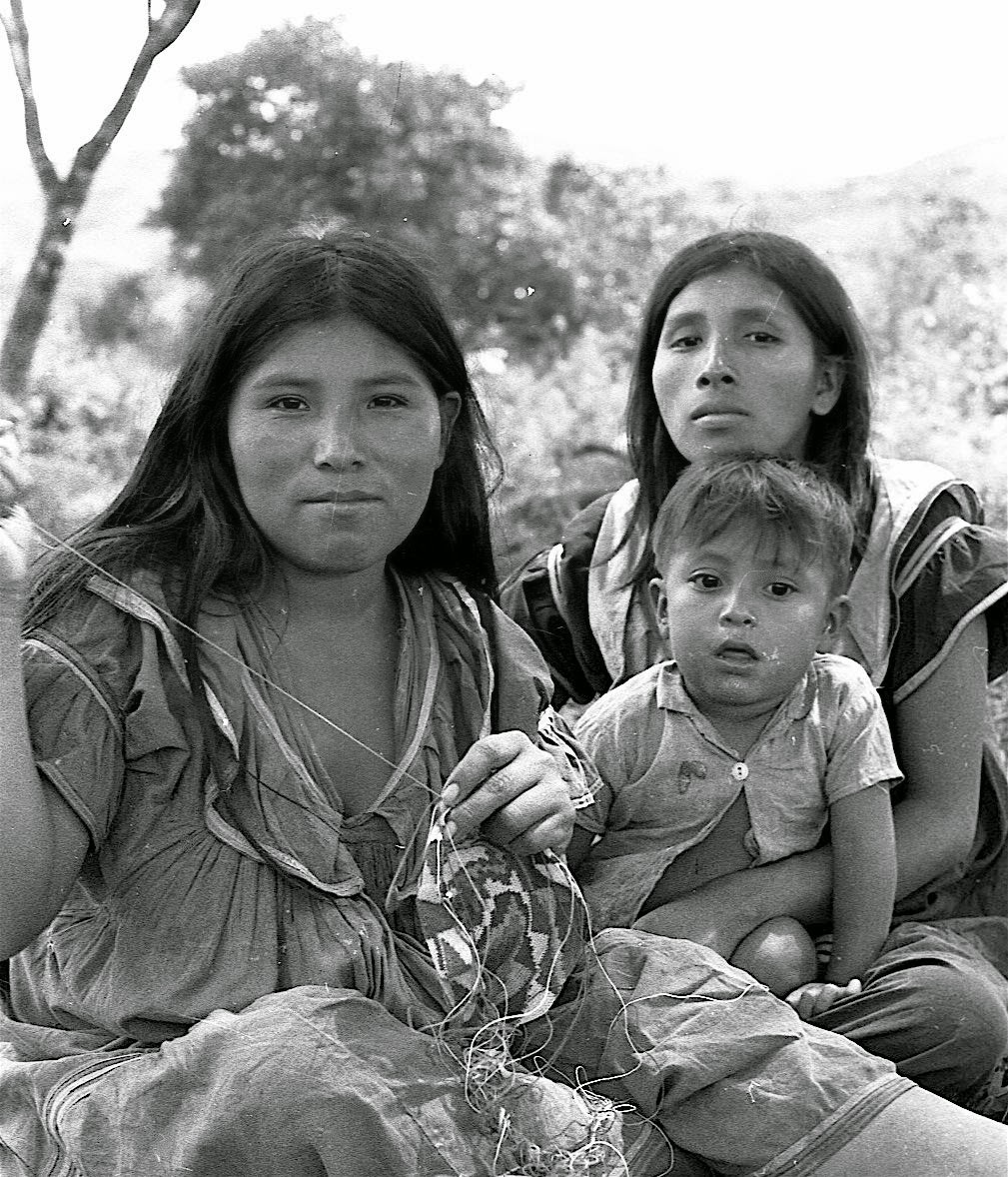 As our two year tour with Peace Corps was coming to an end, two other volunteers and I agreed  instead of flying home, we would take the cash. Buy motorcycles and ride back to the States together.

But life has its own design. In July 1969 was the 100 Hour War between El Salvador and Honduras over a soccer game. Airports were bombed, tanks rolled, shots were exchanged along the border.  6000 persons were killed. Then it was over. But the peace and tranquility in the area was still tenuous.

The other guys decided to fly home in October. I had already purchased my new motorcycle and was learning how to ride it on my monthly visit to Panama City where it was stored.

The health center was finally completed, a dedication ceremony was held in early December.
Time to head home. 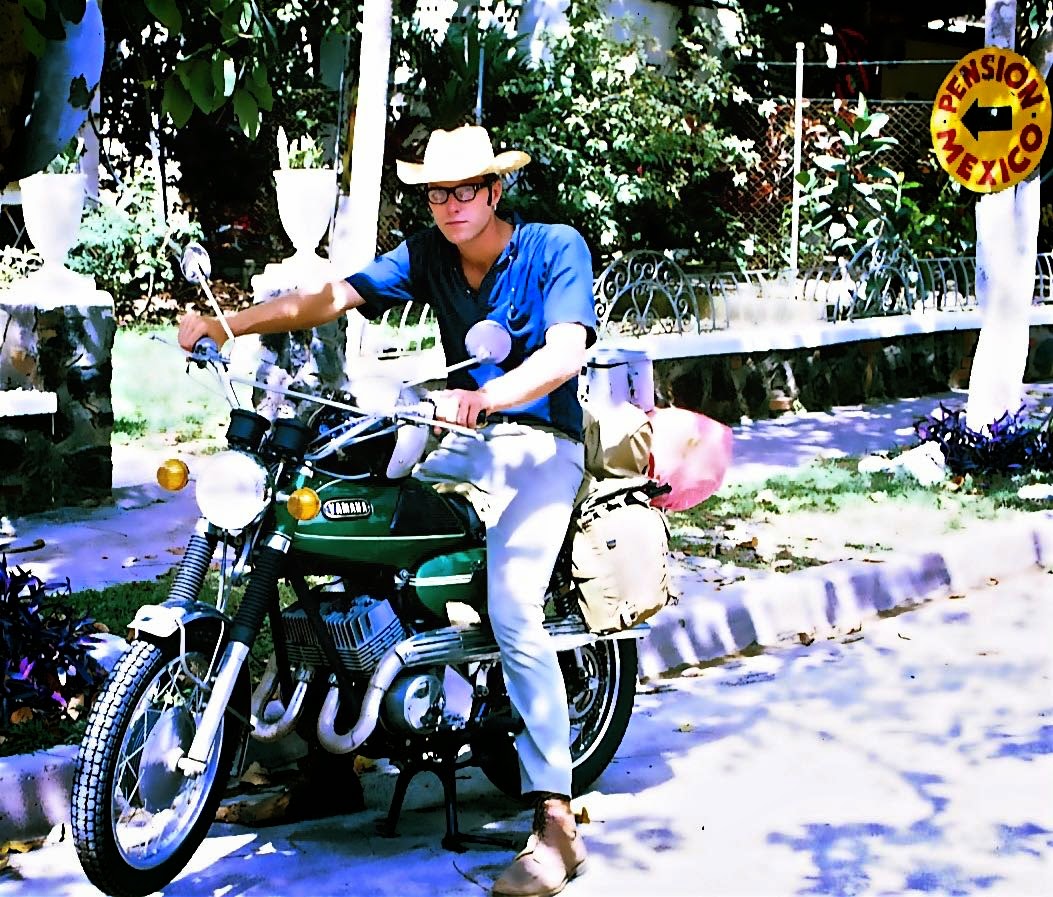 My first motorcycle, a Yamaha R3-C, 350cc, two stroke. No windshield. Everything I needed was in the two small knapsacks, plus a sleeping bag, a jungle hammock, a camera, rain slicker, gloves and a helmet.

I left Panama the day after Christmas 1969. 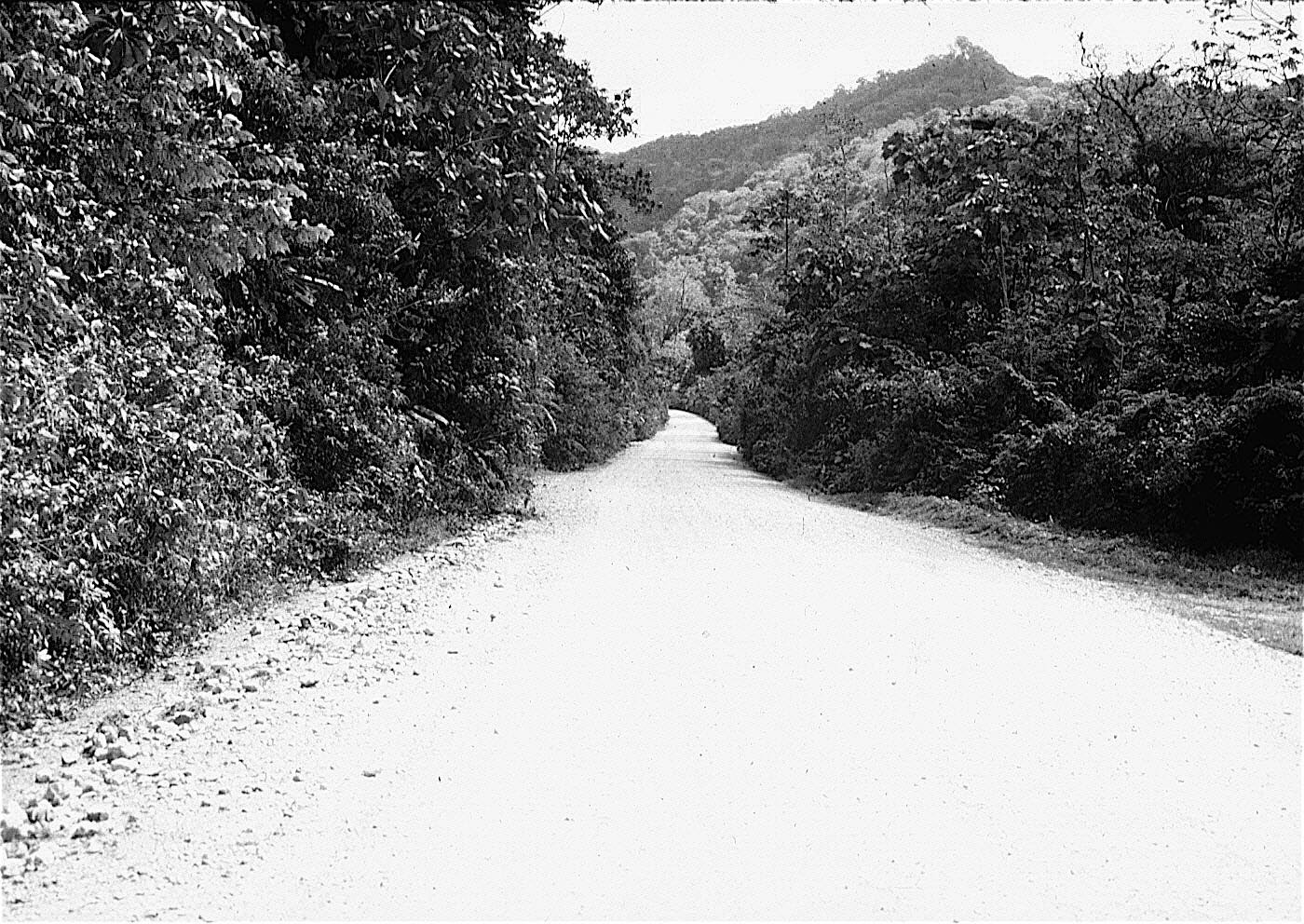 Once you west of David, the largest city in western Panama, the Pan American Highway turned to loose gravel until El Salvador.   Here is a section of the roadway in Costa Rica in 1969.

Numerous rock slides closed the road. for an hour, or days. With large and small loose rock and slippery mud covering the roadway, it was not safe to try to cross. Can only wait until it is cleared. 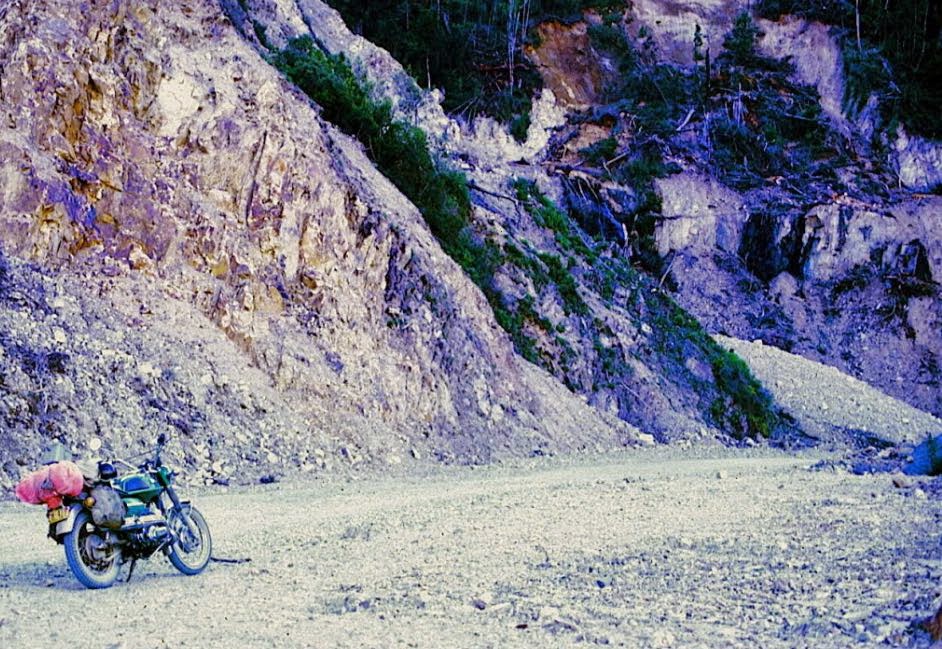 Once past one slide, another would appear a few miles on down the road. Maybe that's why I only averaged 140 miles a day. 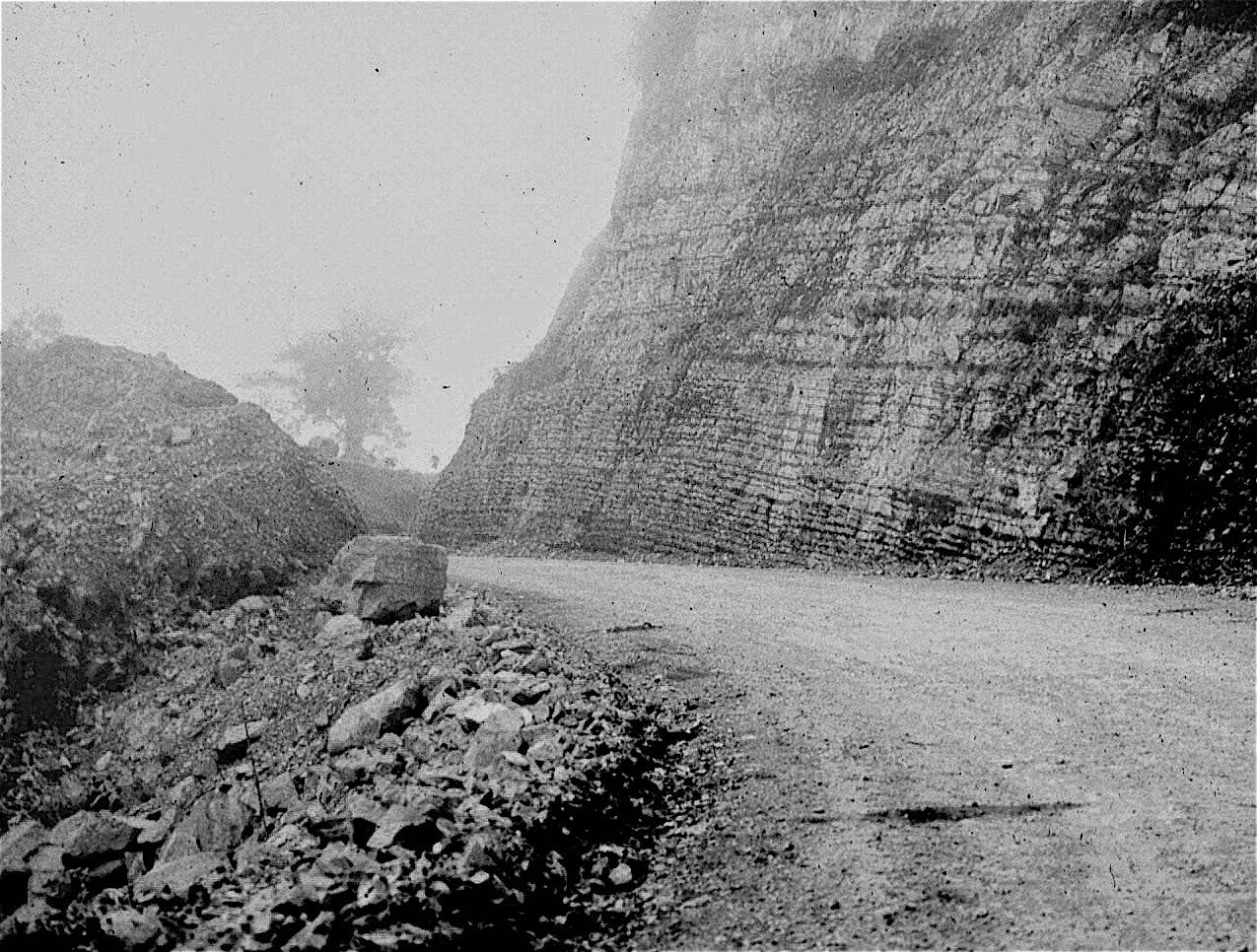 The road was empty most of the ride north. When a large truck approached, I would pull over and stop, so as not to be pummeled by flying rocks and pebbles.

The secret to safe inexpensive food when traveling, is to look for where all the trucks are parked.  Then go eat there. 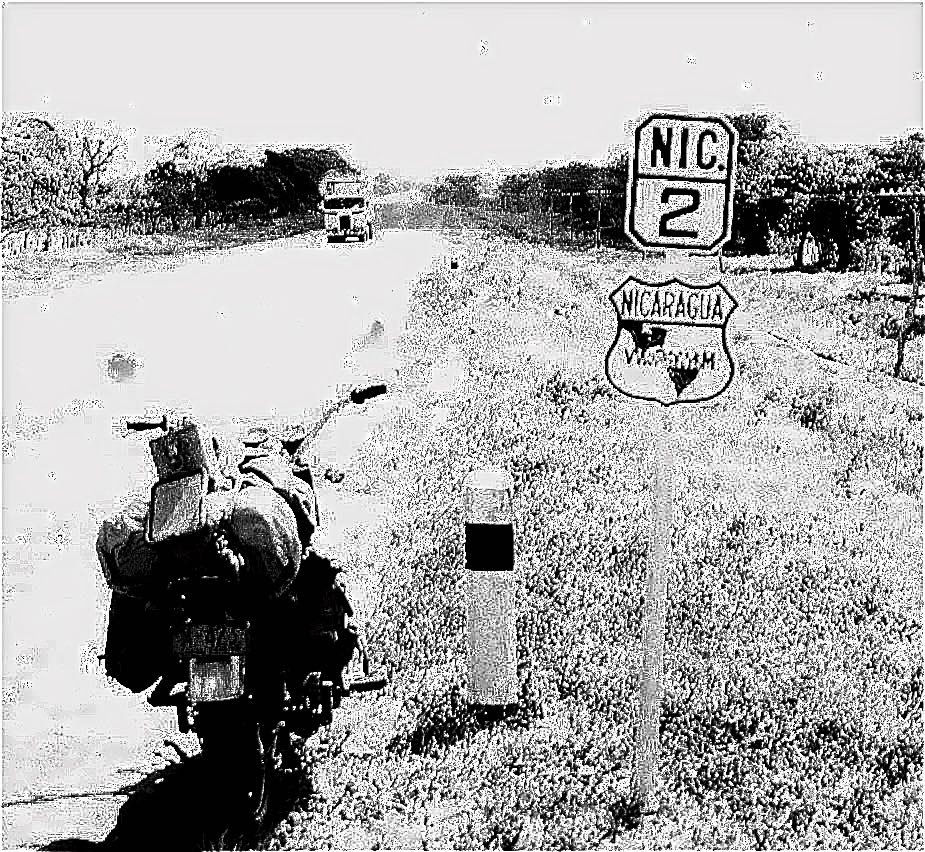 Crossing the border between Honduras and El Salvador was quiet, very quiet. No one raised their voice, no yelling, no pushing, too many young soldiers with their fingers on machine gun triggers, barricaded behind sandbags, waiting...... No photos were taken!

Of course, high on the list of places to visit, were some of the Mayan ruins in Guatemala.

In Huehuetenango, Guatemala stumbled across a farmer's market in full swing, colorful native dress, wide variety of produce for sale and hundreds of people buying and selling.

Some people are just tired. 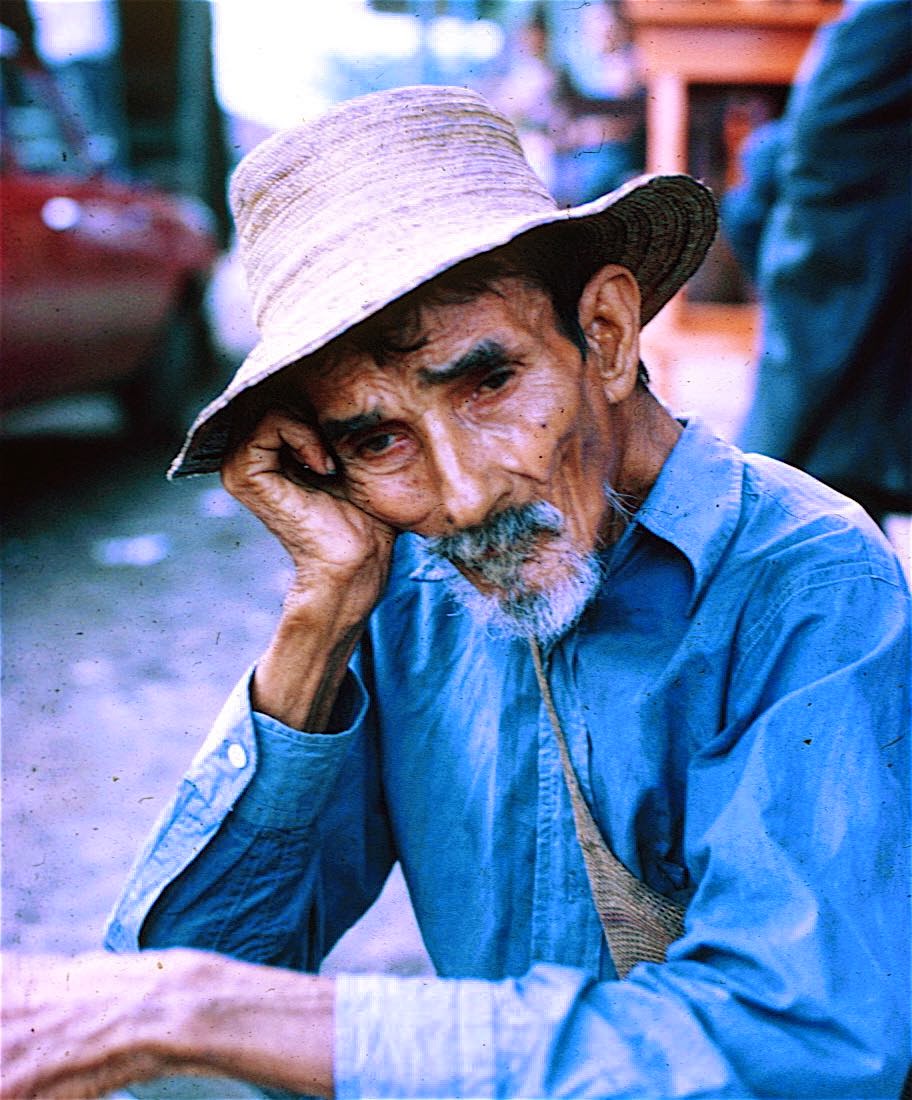 The peanut vendor caught me snapping a photo of her wares. 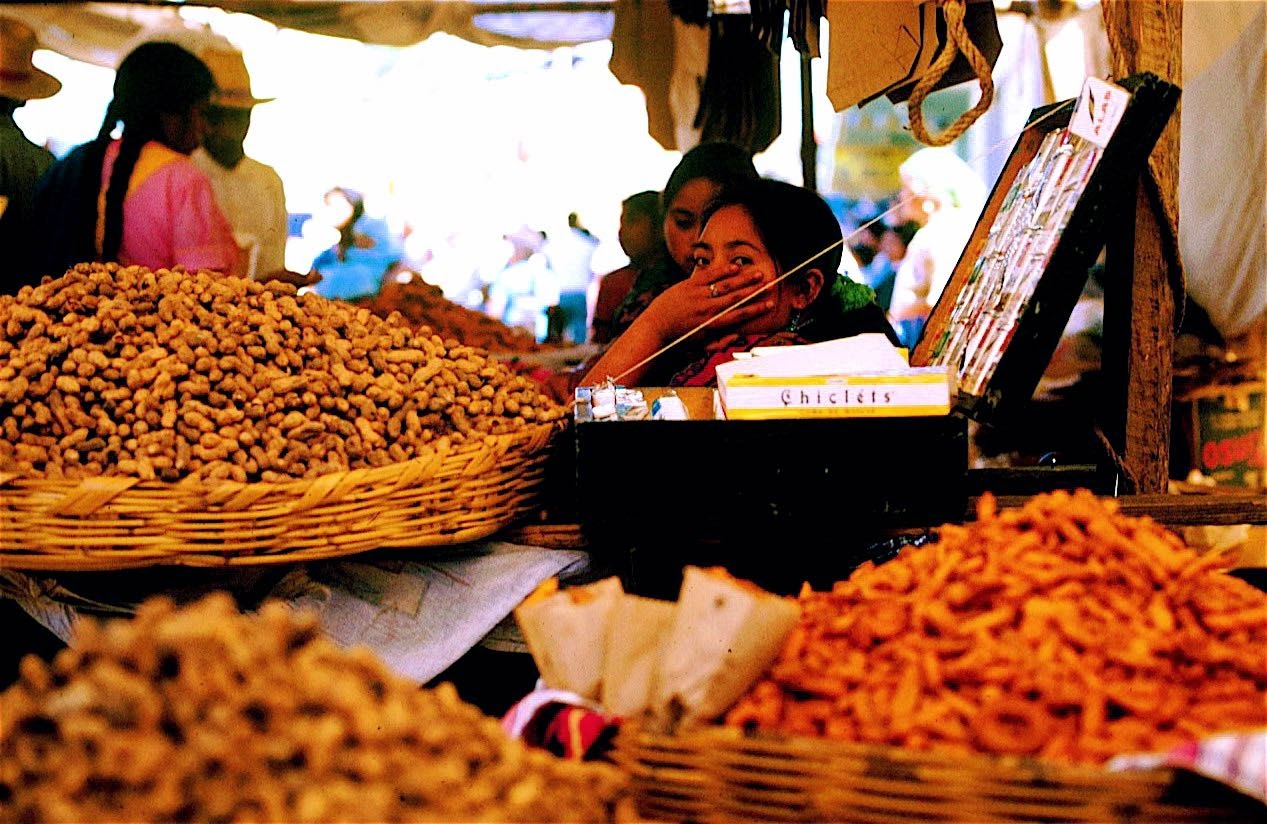 Here is the final photo from the Darien jungle.

Lessons learned from that first adventure:

1. Overcoming fear is your biggest obstacle

2. Try something different, it's only new to you

3. More than what you see, it's who you meet

4. Keep the wheels turning, you'll get there

5. When going for a ride, take your passport

Ride safe, ya'll. See you on down the road.
CCjon