A few days later returned to the mall after sunset to learn different camera settings.
After many failed attempts at night shots, only kept two. The high contrast of interior lights and the dark outdoors made it extremely challenging to get a decent photo.  Am sure the camera is capable to taking quality photos is this setting, the weak link is the photographer.
Will keep reading and experimenting until I learn what the proper settings are.
As someone said, if it was easy everybody would be doing it.
The food truck lady inside under a bright light allowed the camera to capture her image. The customers outside waiting have a heavy grainy texture.
When there is a large contrast between light and dark, the camera can only handle so much range, then it has to or you have to decide:  Do you set for light or for dark. 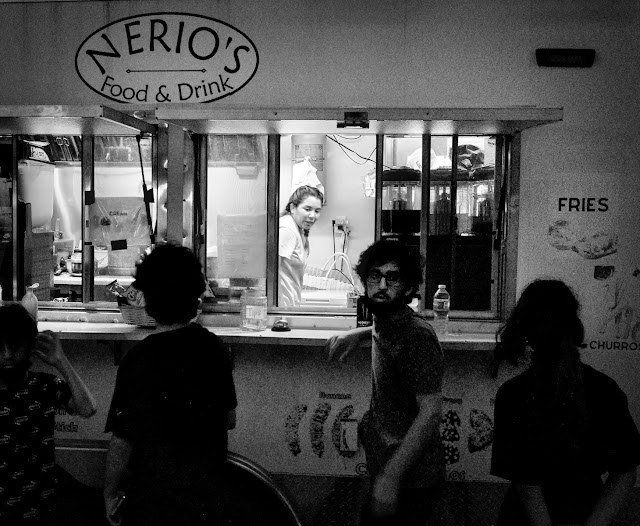 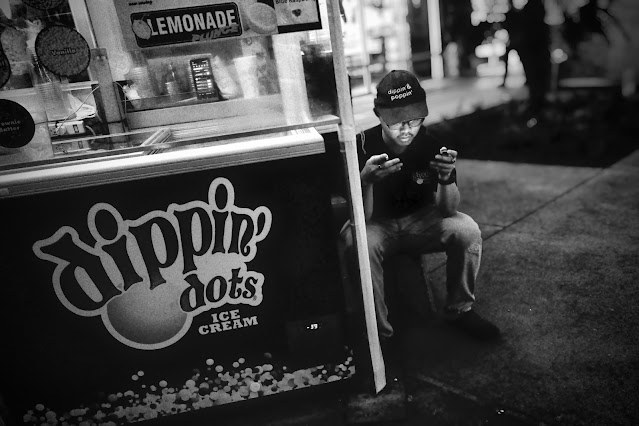 Those were the two night shots I felt were good enough to keep.
Am not using any flash, just the camera settings and holding steady.
Will be back in a few days to try again.
Ride safe, keep shooting.
CCjon
Posted by CCjon at 12:03 AM