Last weekend was the 50th annual Houston BMW Club Rally at Oak Thicket Park on Lake Fayette near La Grange. One of the original founders of the club and of MOA was there. Ron Goodall and friends started the Houston BMW club, then a few years later started the BMW MOA. He has attended all 50 local rallies and every national rally.
Giving instructions to the servers 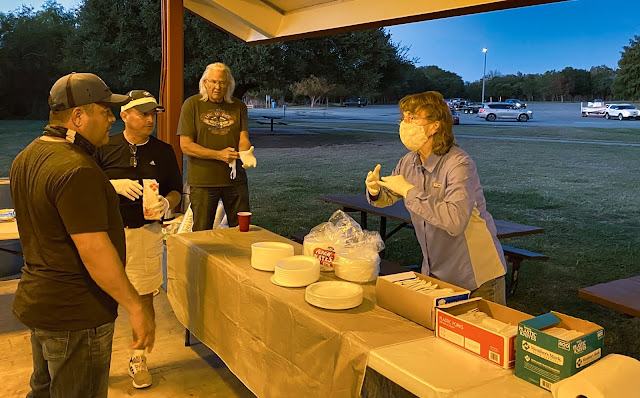 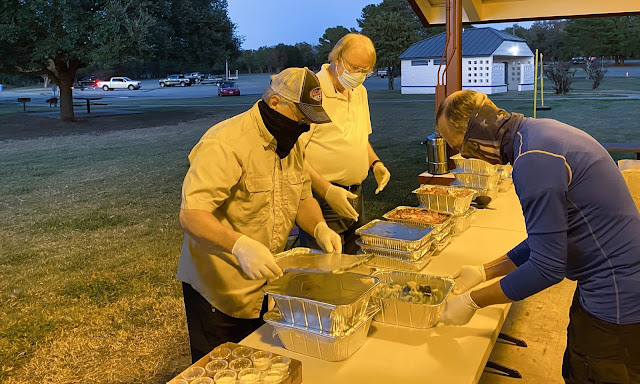 Approximately 72+ persons in attendance. Weather was prefect.
Only grabbed a few photos, none of bikes though.
Caught the sun setting just as they served the food.
Sunset Friday night on Lake Fayette. 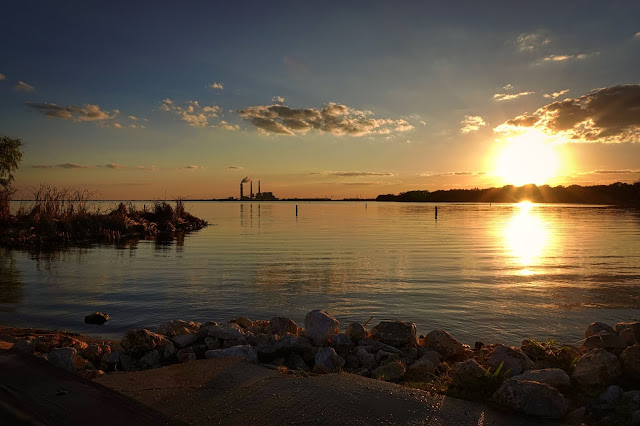 Later that night walked out on a fishing pier to capture this image of the power plant across the lake. 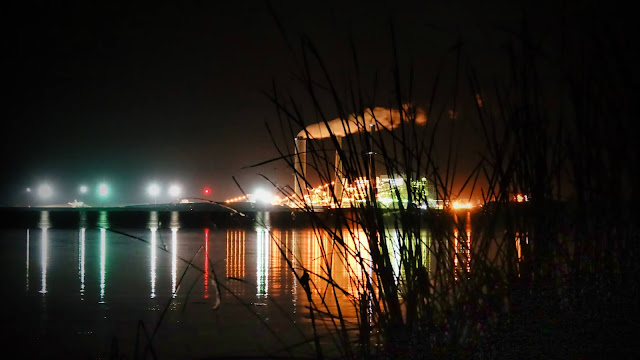 Actually the lake is a cooling pond for the coal powered generating plant. There are coal mines in central Texas so I assumed that was why the plant was located here, near the mines. No, the low sulfur coal needed is railroaded in from Minnesota. A turbine mechanic informed me that the Texas coal is high in sulfur, not desirable.
Since the lake is warmed year round, the fish stay active and grow large. Which attracts many bass fishermen to come here to try their luck.
Even though they have screened rooms and cabins to rent, rode the Warthog rig to the rally to sleep in.
Slept peacefully for several nights.
On the open road and rolling along, Ole Wart does great, but does not like creeping through towns at low speeds. Need to get a better fuel map downloaded to smooth out the low speed throttle. Was disappointed in the gas mileage too, 17.7 mpg! Maybe a new map will help the fuel economy. If not, then figure a way to carry more fuel for Alaska.
CCjon
Posted by CCjon at 3:29 AM