Normally I park my truck in the driveway near the garage every night. But last night, with a 14 ft trailer attached, I parked in the street for an early morning departure for Baltimore. Around 3 AM my neighbor calls to tell me my truck is disappearing under water. All the rain that fell in the Houston area last night, added up to 14 - 16 inches in our immediate area.

Today was spent wet vacuuming the carpet then placing fans inside to dry it out. 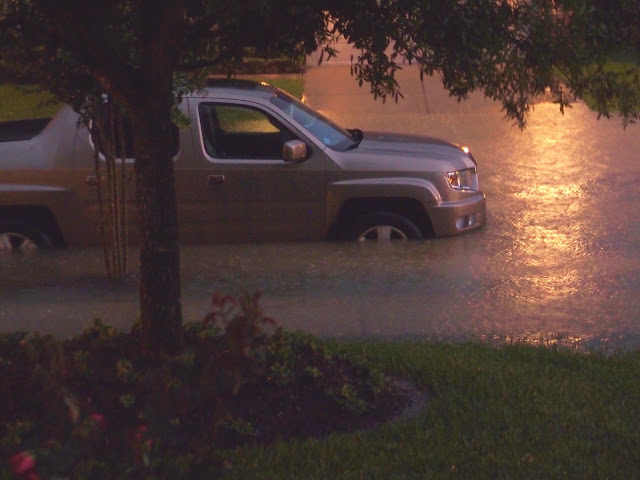 Meanwhile back in the Ole Man Cave garage, Da'mu the big white whale is on the market. Was a tough choice to make but something had to go to make room for a different adventure rig coming soon.

Posted her for sale a week ago,  have had several interested and one gentleman come see her.  Is being sold with a ton of extras that I had accumulated for this Wing. She is ready to go across town or  across the country today. In fact I was signed up to ride her from Jacksonville to San Diego this week on another Iron Butt run. That ride will have to wait for another time.

As much as I love the smoothness and power of Da'mu, she is not the right rig for an adventure ride I am planning for 2017. Have discovered by trial and error, (mainly by error), a task is easier to accomplish if the tool you are using is the right tool for the job.

Da'mu is not the right tool for the proposed ride. 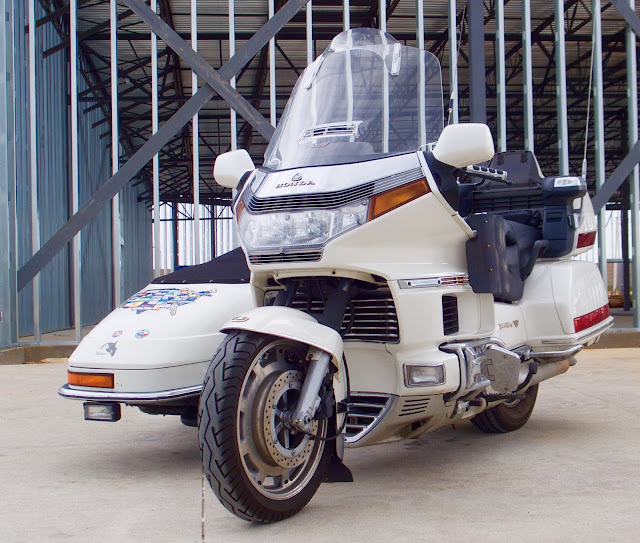 So what about the new KLR sidecar rig?? Well, the new KLR has been branded with her name:
Grey Phantom 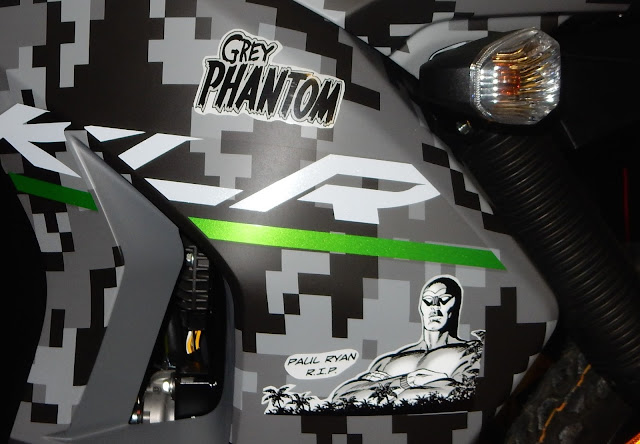 The week the 2016 KLR came to me, Paul Ryan died suddenly at the age of 66. Paul collaborated with my riding friend Tony DePaul on the Phantom series for newspapers and comics. Tony wrote the storyline, while Paul illustrated the Phantom  He did so for the past twelve years.

Tony obtained permission from King Features to allow me to use one of Paul's illustrations.  Then Tony's daughter Laura helped by creating the "Grey"  lettering to complete the name for the KLR. Thus the Grey Phantom (GP) was branded.

Once GP reached 600 miles, the first dealer service was completed. Now the process of transferring the cargo sidecar from Da'mit to GP is in progress. When that is completed,  Da'mit will move on to new pastures and the Man Cave garage will be back to normal with one rig on the lift and another in the warehouse.

Before the motorcycling bug bit, for many years my hobby was big game handgun hunting.  Have finally admitted that those days are past and not likely to be revisited, so my hunting handguns are for sale on a Texas site. Here are a couple of samples. 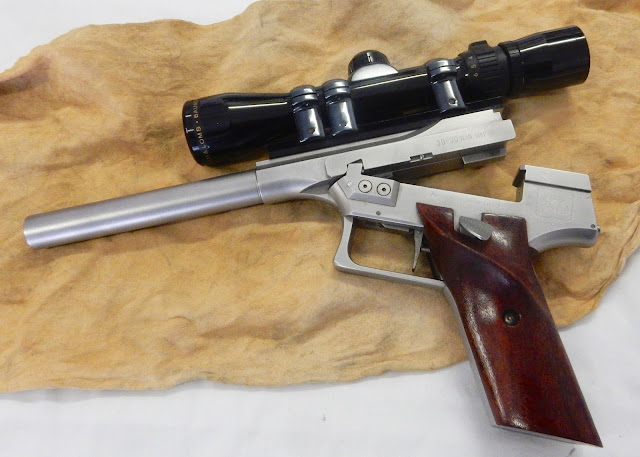 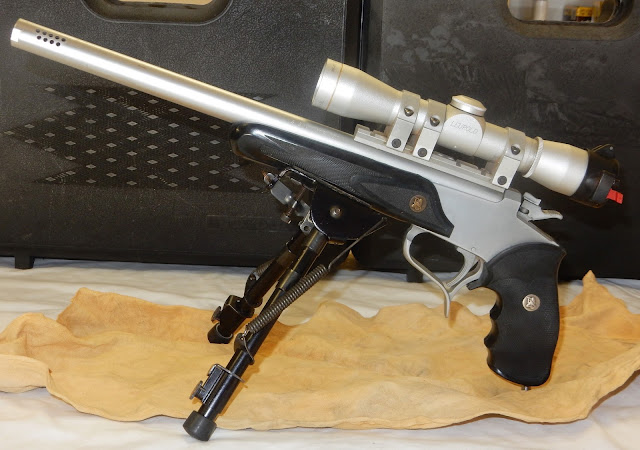 Life continues on,  we adjust to our interests and abilities.